CityMag is quite partial to a run up the freeway into the Adelaide Hills.

Just in the last 12 months, we’ve stopped at The Lane, James Erskine’s place, Papershell Farm, André Ursini’s backyard, an organic apple-orchid-cum-chicken-farm, a brewery specialising in barrel-aged beer, Vinteloper’s new vineyard (prior to moving into Lot 100, which we also visited), Ngeringa’s farm, Freddy Nerks’ place, and we charted the foundation of the region’s headline-grabbing Basket Range sub-region.

While there’s never a bad time to visit, there’s certainly no better time than during the annual Crush Festival, where, this year, more than 30 wineries will be throwing parties across the undulating landscape, from Friday, 25 January through to Sunday, 27 January.

It’s a region-wide celebration of South Australia’s most exciting wine locale (yeah, we said it), and after scouring the Crush Festival 2019 program, we’ve listed three ideal places to saddle in for an all-important pre-public holiday Sunday session. 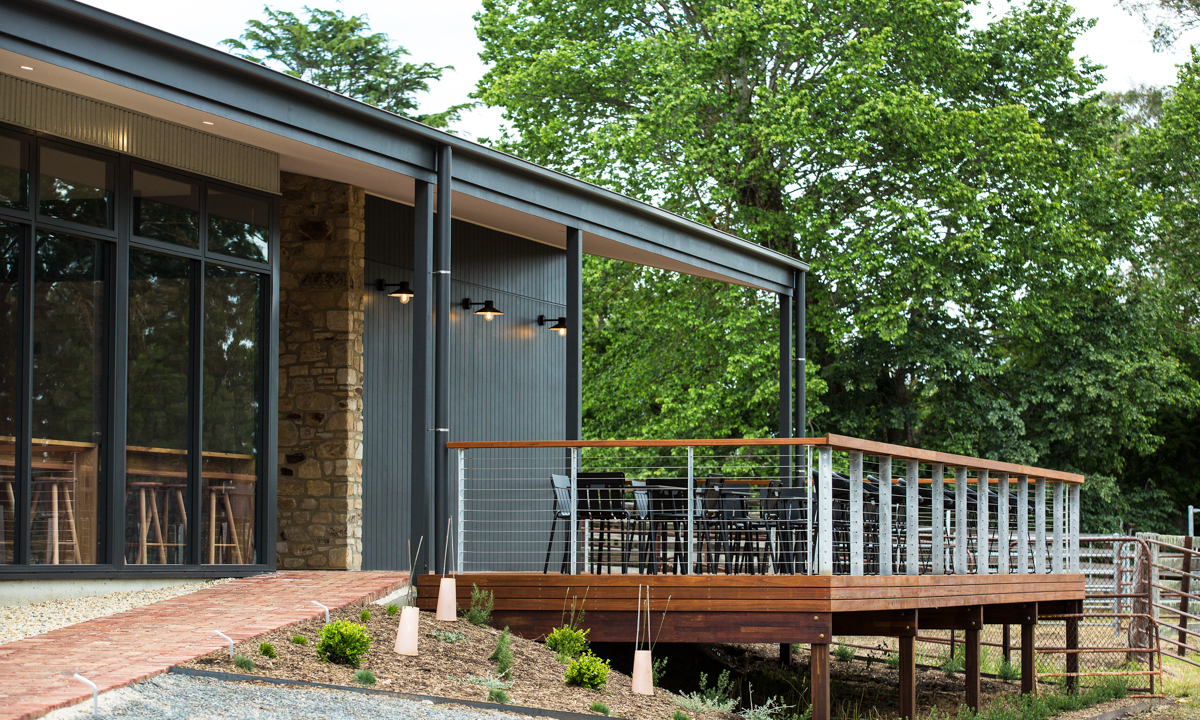 If you’re yet to check out the recently opened Murdoch Hill cellar door in Oakbank, Crush Festival is giving you a pretty good reason to head along.

The lawn will be laid with tables and chairs and room for picnic rugs, Murdoch Hill wine will be available by the glass and bottle, Skin Contact will be soundtracking the scene, and Africola’s exec chef (and serial collaborator) Duncan Welgemoed will be cooking up a perfectly paired storm. 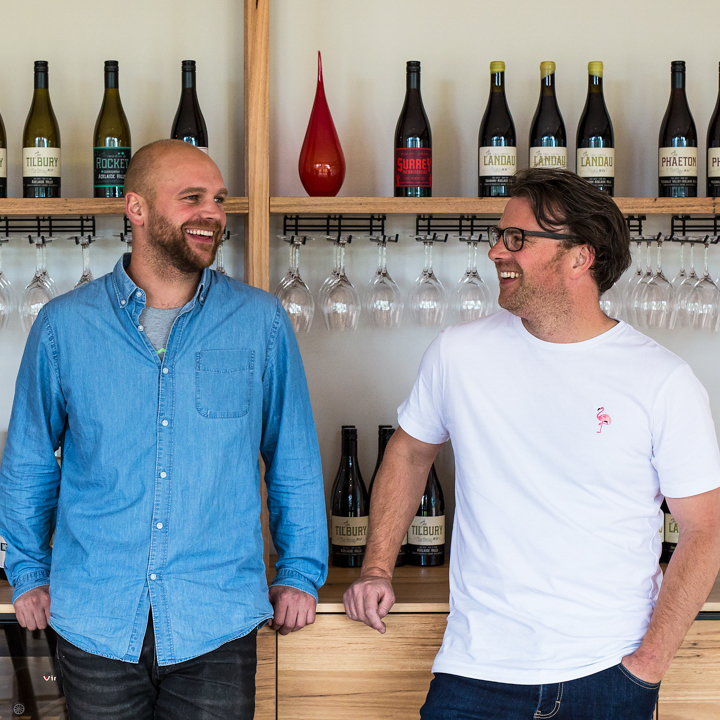 “I haven’t really found out exactly what he’s cooking yet, but it’ll surprise me on the day,” Andrew Downer, who co-owns Murdoch Hill with his brother Michael, laughs.

While much of the Crush revelry will happen on the lawn, for the past few weeks their newly minted cellar door has drawn visitors indoors.

“We talk through the wines and give them [an experience] slightly more like being in a restaurant, I guess,” he says.

“So I pour the wine, explain the wine, have a bit of a chat to them, but then also give them space to sit and enjoy and relax in the experience as well.

“Everyone seems pretty happy. Our target consumer is looking more for an experience-driven wine tasting. We’ve been relatively busy, so it’s been pretty good.

“The Adelaide Hills is really coming into its own and solidifying itself as a really good wine destination. The wines are fantastic, a lot of winemakers are pushing boundaries and not just doing something in the norm, so it’s an exciting wine region to be a part of.” 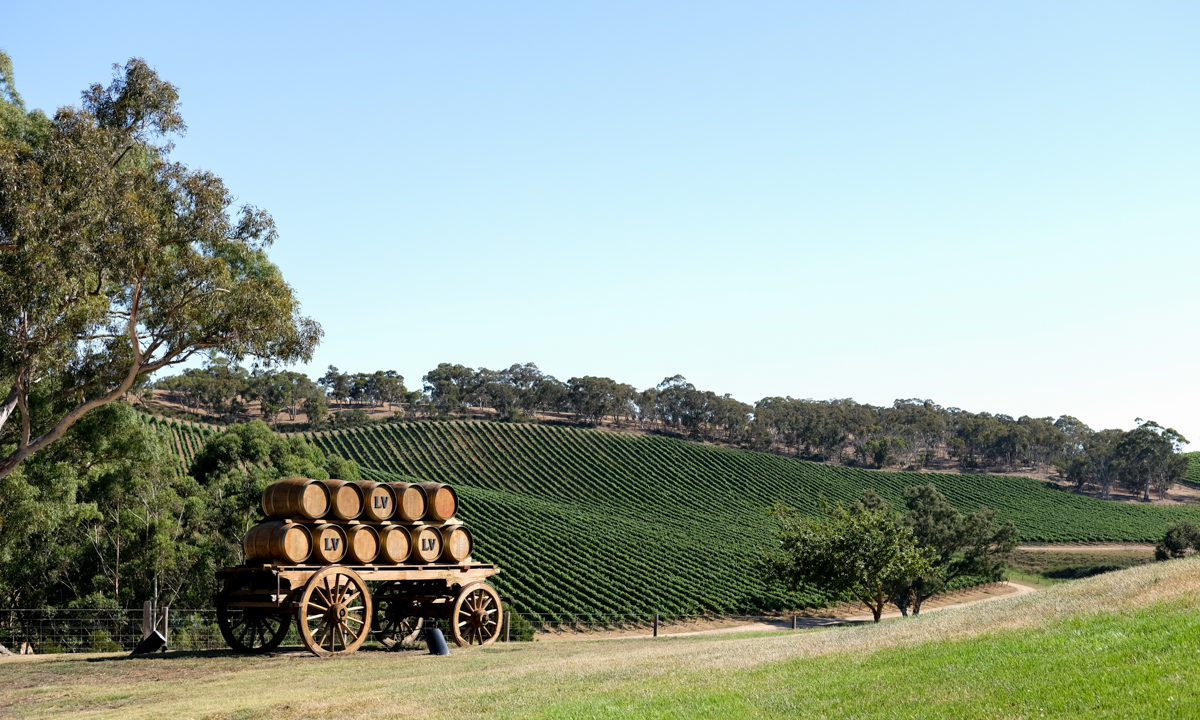 The annual Longview art and vino party, The Piece Project, running for nearly a decade, has migrated away from it’s traditional home at Crush Festival in late January, to later months and cooler climes better suited to pitting street artists against one another for the glory of eternal life on bottle label.

Late January is still an exceptional time to eat food and drink wine in the Adelaide Hills though, and Longview are providing the perfect setting for doing so during Crush. 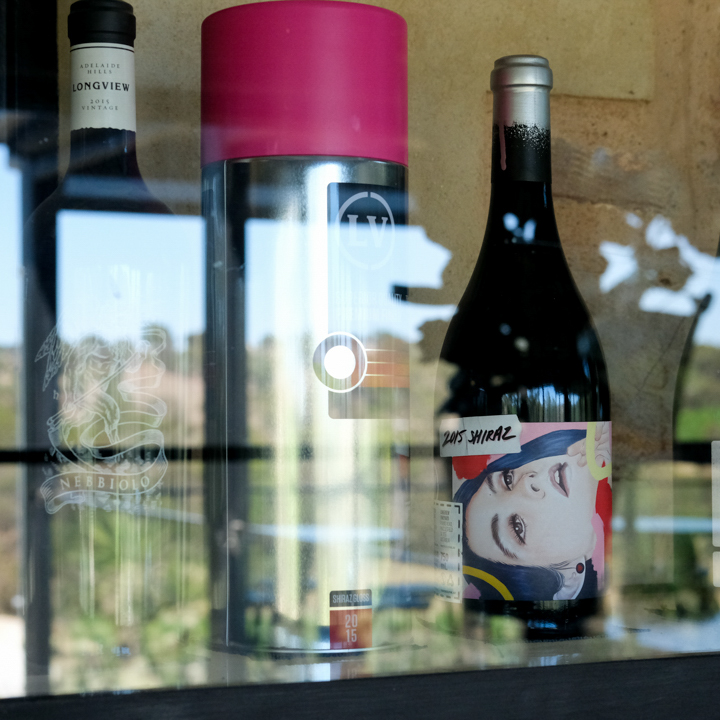 Lisa King’s winning The Piece Project artwork from 2015. All the winning artworks will be on display at this year’s Eats + Beats + Art from the Streets event.

To keep you cool and sufficiently fuelled, Longview will be pouring from their back catalogue, including the surely supremely Instagrammable Frozato (frozen nebbiolo rosato), and the new release The Piece 2016 shiraz.

If, for whatever reason, you’re not into a day of wine in the sun, Big Shed will also be hocking brews on site.

The tunes will be delivered by deejays Ryley, Matt Sammut and Faint One, and the Piece Project Vault will be opening, with all previous winning pieces on display

And though the competition itself isn’t scheduled for the weekend, if what we’ve seen in the Facebook event chat is to be believed, there may just be some live art happening on the day. 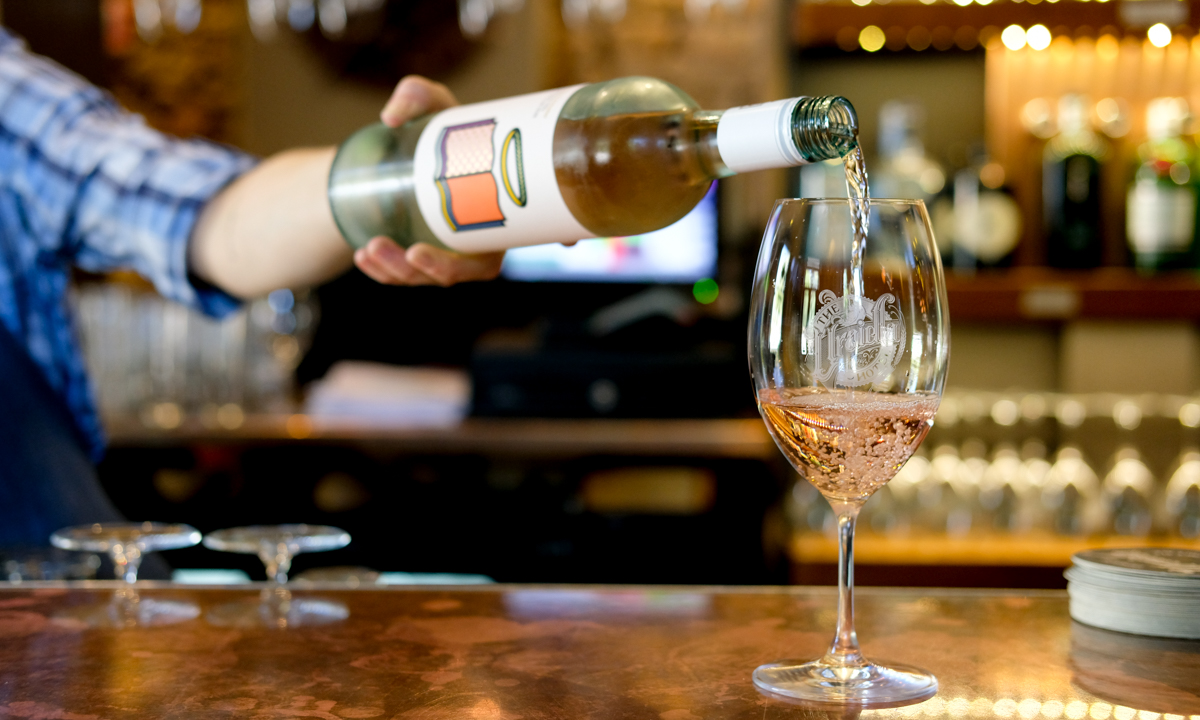 The duo will be settling into their Hills home-away-from-home, The Uraidla Hotel, for Crush Festival, where the winemakers will host a Hottest 100 party,  and an accompanying high-stakes sports tournament.

If you know how to handle a table/totem tennis paddle, air hockey striker, table soccer pole, or a mallet, register your interest in competing here. Make sure to stretch beforehand and keep hydrated with the range of Saint & Scholar wines available, plus brews from the Uraidla Brewery.

Anyone can join in, but there are prizes for registered competitors – first prize is a year’s worth of S&S wine (valued at $1200), the runner up gets a mixed dozen, and for the bronze recipient: a three-pack of summer wines.