Changing things up in our fifth year, CityMag asked our very first chef to reappear in our pages but on a public BBQ of a different nature this time around. 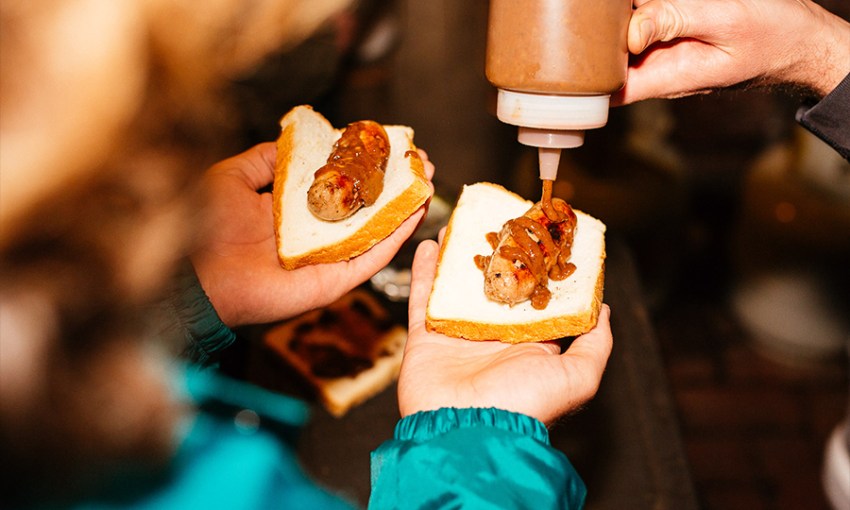 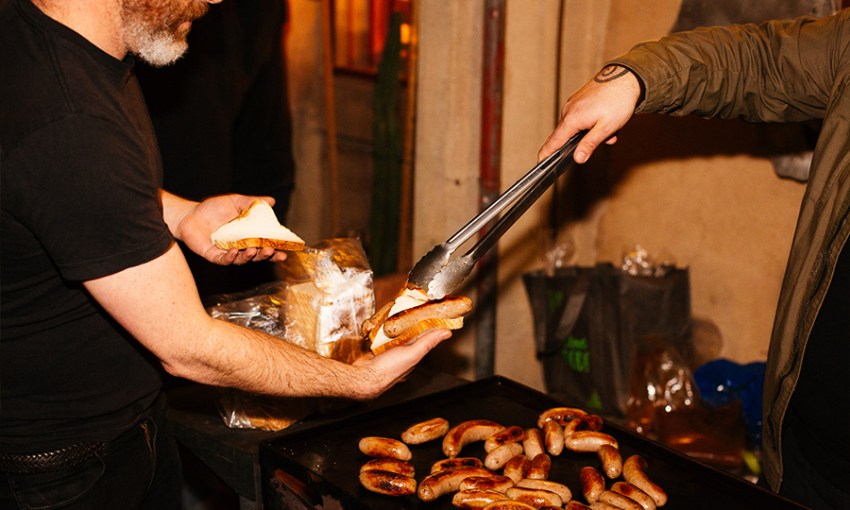 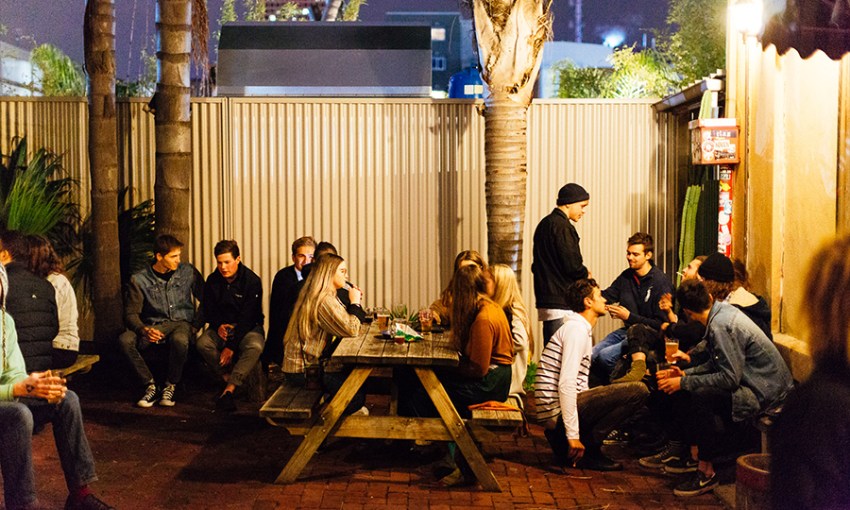 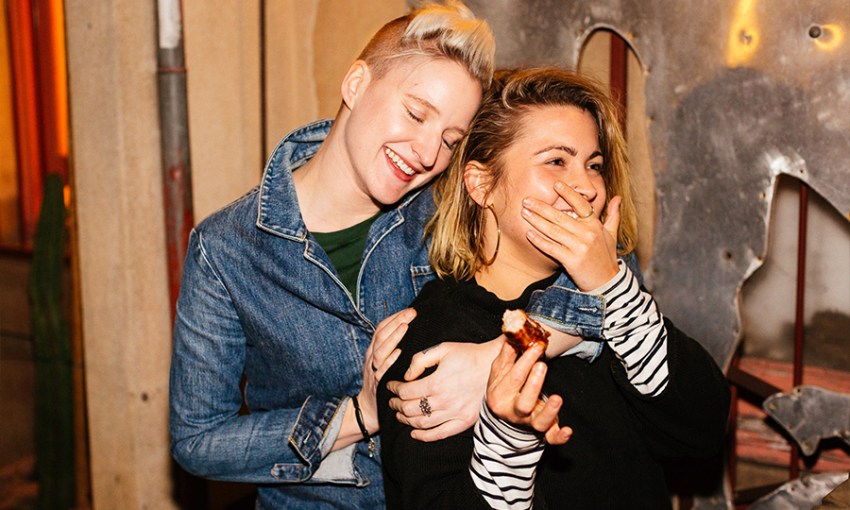 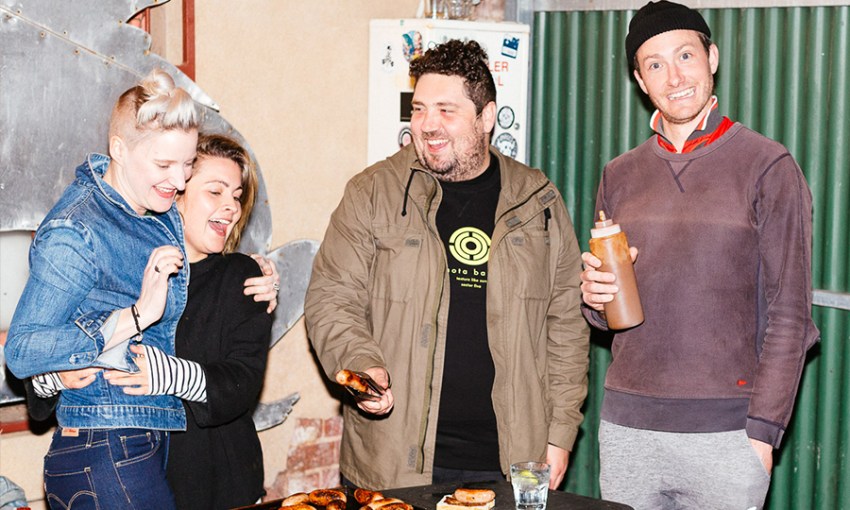 The very first chef to tackle the public BBQ, Duncan Welgemoed has come a long way since smoking that lamb backstrap in the south park-lands five years ago. His cooking’s refined, his ideas have matured, he’s launched and re-launched a restaurant – but he’s still just as happy to indulge the whim of a magazine publisher who wants to chuck him on a BBQ out in public.

“I hate you” -Duncan Welgemoed.

The executive chef and co-owner of Africola, Duncan is probably more accustomed to seeing himself in the pages of magazines listing Australia’s top restaurants. Every list that gets published seems to nudge Africola up or down – whichever direction is better.

Here at CityMag, however, we’re putting Africola to the test at one of Adelaide’s most hallowed BBQ destinations – the Grace Emily Hotel.

For 17 years, while Adelaide’s live music scene has ebbed and flowed, there has been one stoic live music night in the city that’s lasted. 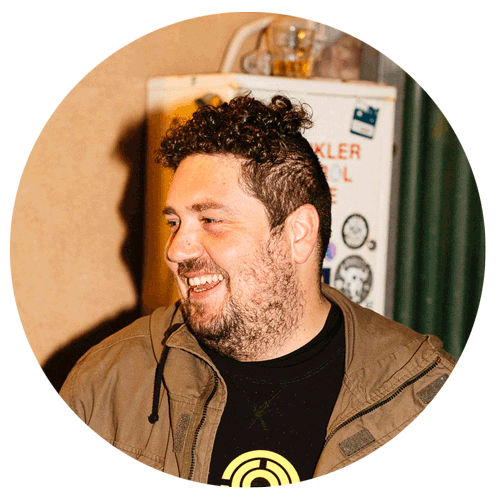 Billy Bob’s BBQ Jam fires up every Monday night from 9PM at the Grace and an hour after that its four-burner hotplate BBQ-out-the-back fires up too.

What seemed like a good idea at the time, was now clearly manifesting as regret as Duncan unironically sizzled the sausages for a packed pub, full of backpackers, university students and musos who either didn’t know or didn’t care that one of our city’s top chefs was cooking for them.

“I hate you,” Duncan says with a big smile when our photographer starts to ‘pap’ him.

As the hotplate heats up and the tiny pork sausages begin to pitch and roll across its surface, we can see a smile start at the corner of Duncan’s mouth. Maybe it’s the gin. Maybe it’s the constant banter with his head chef, Imogen ‘Mo’ Czulowski alongside him (it certainly wasn’t the guy who kept asking if the sausages were ready yet), but Duncan seemed to warm to the scene at Billy Bob’s BBQ Jam. 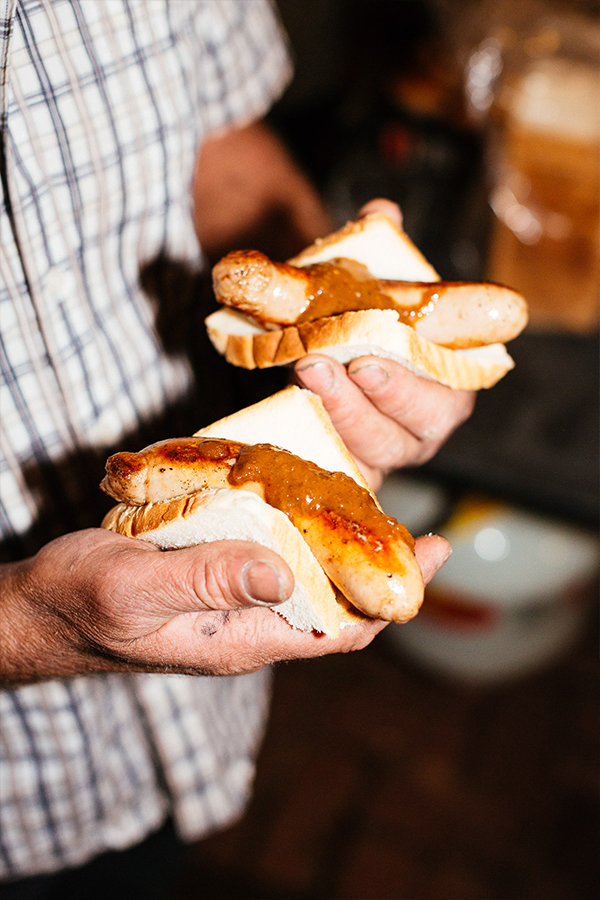 You’ve got two hands and this is why

“Take onions and garlic and cook them right down in a pan with apple cider vinegar until caramelised.

“Chuck in some aromats like bay leaves, thyme and all that shit.

“Add some of the peri peri drippings we use on our tea sandwiches.

“Blend it all up (be sure to remove leaves first).

“Season with molasses to taste as you go.” 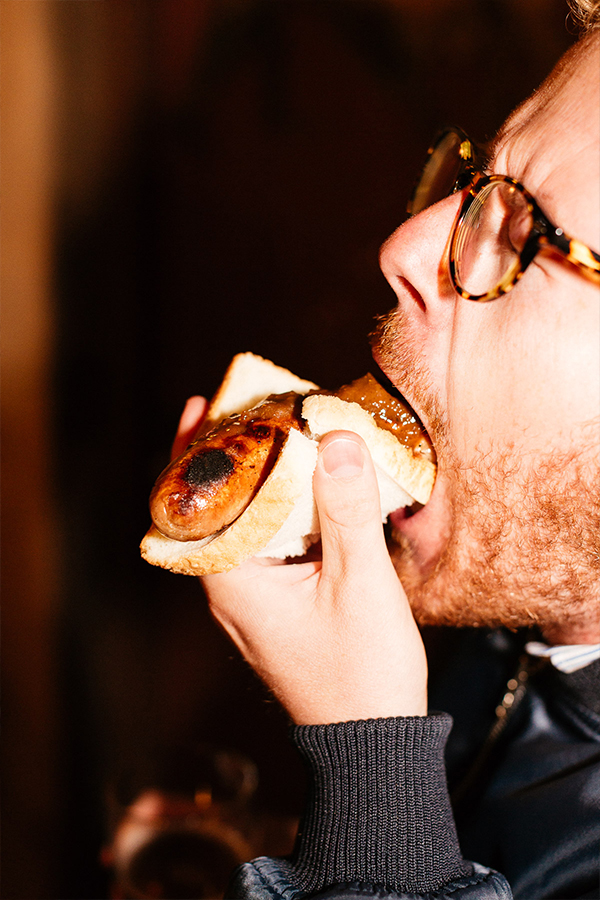