The Piece Project: ephemeral art on a wine bottle forever

The Piece Project will turn a live art performance in front of a crowd into a lasting label for one of the Adelaide Hills' premium winemakers. 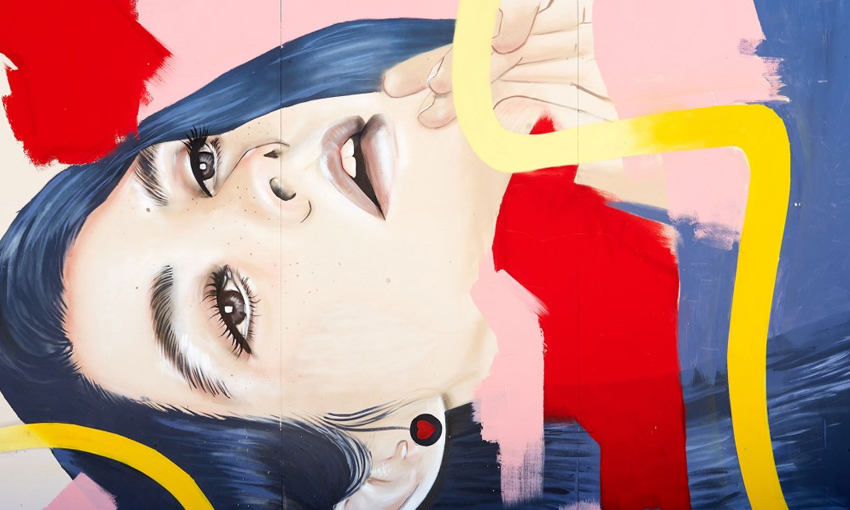 We used to go to Dragonfly on Victoria Square to watch artists (including the one above) paint on wooden boards while we drank beer and ate okonomiyaki.

Once a month a different artist would join artrepreneur, Matt Stuckey with a Posca pen and have a paint, and it was a good time watching the two artist’s styles mingle and morph in real time – live – in front of us.

It was Mr Squiggle… But with a Negroni in your hand rather than a Nesquick. It was magic.

This Saturday, we’re excited to see a live art jam return to the city with The Piece Project by Longview Vineyard.

For eight years the Adelaide Hills winery has hosted a live art event for Crush Festival. Due to searing heat this year, Longview’s Mark Saturno made the tough call to pull the pin and cancel one of the festival’s most popular events.

But – true to his word – Mark told the four South Australian artists, scheduled to paint at Crush, that they would get another chance. This Saturday, August 18th, Longview Vineyard are taking over Published Arthouse on Cannon Street, between Flinders and Waymouth and mounting the first ever ‘city edition’ Piece Project.

“We started this event eight years ago because we didn’t see any point in doing the usual wine festival thing – giving people a big dollop of shiraz and a terrible cover band to listen to,” says Mark.

The Piece Project was a massive juxtaposition of cultures and aesthetics; taking an ostensibly urban art form pioneered amid urban decay and putting it on custom-built timber boards on lush hills of green grass in the South Australian countryside.

But the event found a huge and growing audience in South Australia.

The first ever artist to have their live artwork acquired and placed on a bottle of Longview’s top-end shiraz – Joel van Moore – is currently being exhibited on the Credit Union SA tram wrap shuttling up and down King William Street and North Terrace.

The Piece Shiraz vintage 2015. Artwork by Lisa King with packaging design by Voice

“We’re not the first winery to do an art series wine,” says Mark, going on to name a French winery who’s commissioned Francis Bacon and Jeff Koons to create art for some of their labels.

But the concept of capturing a moment through the live performance of art, the authenticity of graffiti practice being performed quickly and deftly, and then freezing that moment forever on a wine label, echos the ephemerality of a vintage – each year’s release being a representation of how the fruit grew in that 12 months alone, then bottled.

People can talk a lot of guff about winemaking and art and the art of winemaking, but this Saturday you’ll get exactly that: art and wine. And combined, live before your very eyes.