With the closure of the Henry Austin and fine dining Mexican restaurant Kua on Gilbert Place, CityMag looks at the food trend that's booming in their absence. 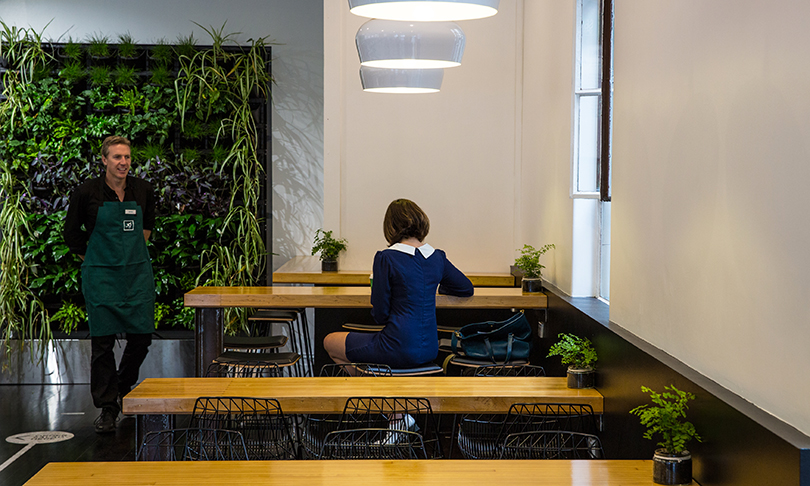 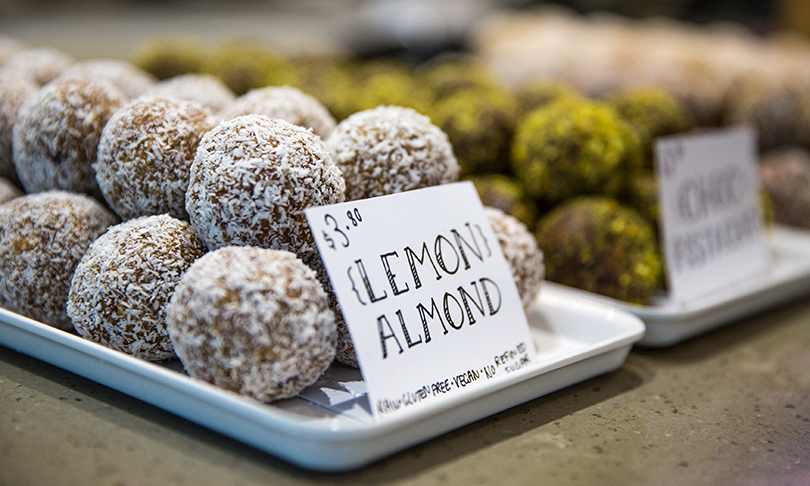 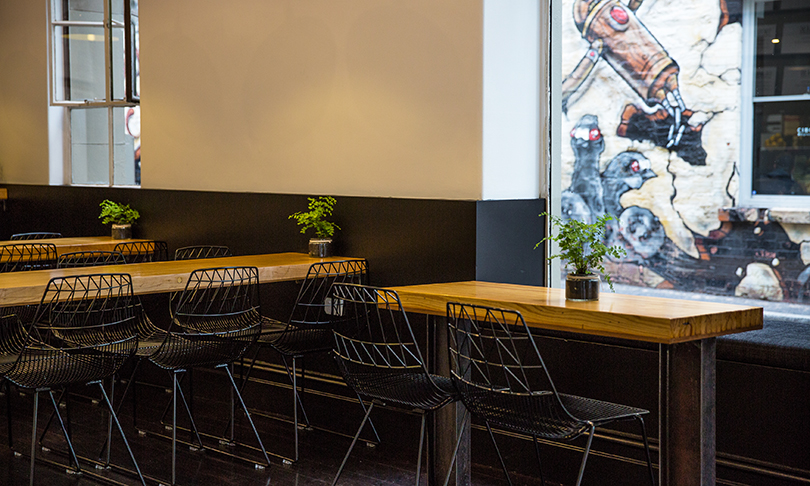 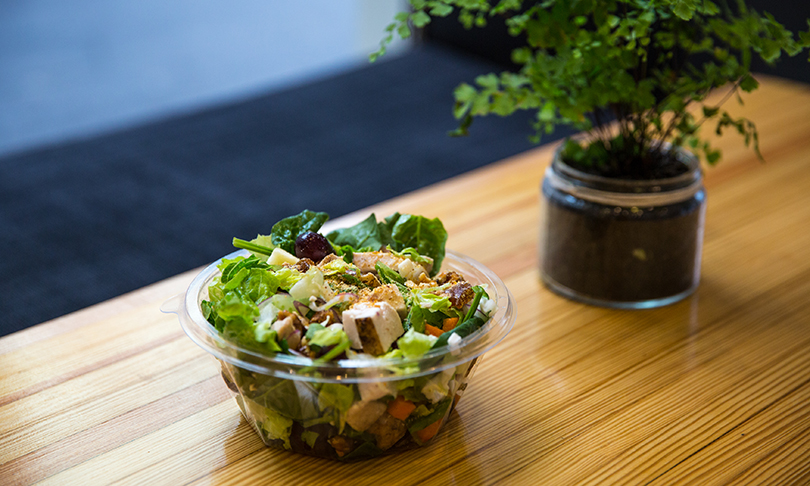 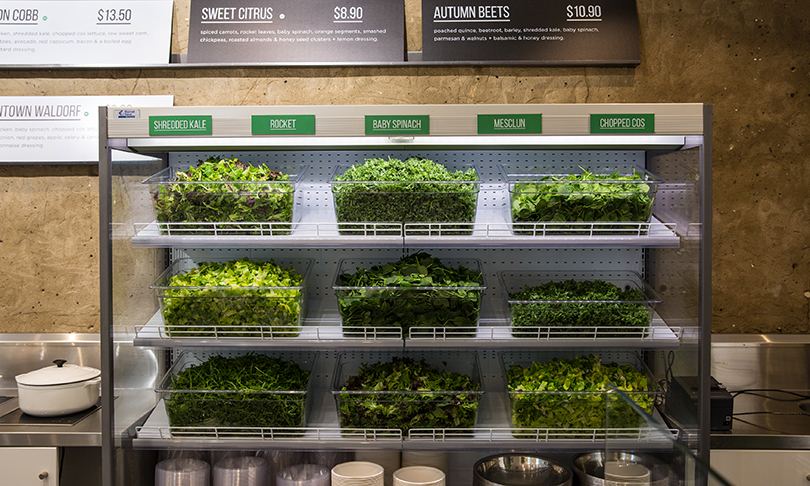 It’s true. CityMag was unreasonably annoyed one Friday night when we were told it was a 45 minute wait for a table of two. TWO!

FAST CASUAL
High end dining in half the time – why not try out these excellent fast casual eateries in Adelaide?

Even the busiest restaurants in the world should surely be able to squeeze two people in – sit us on a couple of cartons of beer / tins of tomatoes? We’re local – we’re not fussy. We just want a burger!

This entitlement was quickly tempered though when it happened again, this time on a Tuesday when the waitress raised her eyebrows and said, “we might be able to squeeze you in at the bar.” On a Tuesday! Don’t tell us Adelaide is a proper city all of a sudden?

Meanwhile, just one street east, a brand new restaurant, recently hailed as one of Adelaide’s most exciting openings of 2017, sits devoid of any customers. It’s been abandoned.

There’re rows of A4 paper sticky-taped to the windows. On the paper are lists and lists of the property’s contents, itemised and for sale. Kua Bistro and Bar was $49,675.46 in arrears (stipulates one of the A4 sheets of paper) when the operators departed, and the landlord now seeks compensation by auctioning off, among other things: 22 teaspoons, 1 sachet sugar and 19 shot glasses.

It’s a sobering scene, played out in public, that perfectly illustrates the knife’s edge many hospitality ventures are operating on in Adelaide.

Kua and Bread & Bone are so close – neighbours even – and yet they’re world’s apart.

The former site of Kua Bistro and Bar on Gilbert Place

The rise of fast casual dining has been steady since the 1990s in the US, where the concept first took hold, and it perfectly explains why Kua closed and Bread & Bone is busier than ever.

Fast casual can be most easily understood as the evolution of fast food. In the US it’s epitomised by restaurants like Chipotle, but is better defined by eateries we discovered in Washington DC like Sweetgreen, On Rye and Maketto. The gist of the movement is based around improved ingredients, healthy and ethical production as well as a strong focus on the interior aesthetic of the restaurant.

Starting to ring any bells?

When Max Mason bravely went “live” on Facebook to announce the cessation of The Henry Austin’s operations in the famed former home of Chesser Cellars, he spoke about the shift from the rent-free Renew Adelaide period to a proper commercial lease with the landlord. The numbers didn’t add up in Max’s estimation.

The very thing that closed Chesser Cellars is, in our estimation, the same thing which caused the Henry Austin’s numbers not to add up: the death of the long lunch and the aversion modern patrons have for fine dining in general.

“I guess our reason for jumping into the fast casual market, other than the fact we saw a gap for a product like ours… is that people are so busy and their time, generally, is so valuable,” says co-founder of Jack Greens Wade Galea.

A food business based in a time-poor reality is a world away from a business based around fat cats rubbing bellies over a bottle of shiraz (or five).

“You’ve got your job, you’ve got kids, you’ve got sport, you’ve got friends you need to catch up with,” says Wade continuing, “we just felt like how we constructed the business model and the operation was around answering this question of, ‘how can we serve a sort of premium, healthy product in the quickest time possible?’

Prior to Kua closing, we walked along Gilbert Place with the owner of Hains & Co, Marcus Motteram. It was the first time we’d seen the restaurant and remarked about the table cloths, the formal wait staff, the interior design and how none of it seemed to correlate with Adelaide’s truly exciting food and drink scene. It looked as though Kua had been constructed in a bubble, outside of, and disinterested in, the aesthetic narrative of Adelaide’s emergent hospitality scene.

As a neighbour Marcus was supportive of Kua and was actively trying to help them connect with the Adelaide market they appeared to have missed – but alas.

The burgers are better at Bread & Bone – but that’s only one of the reasons the restaurant is packed on a Tuesday. From our own experience Bread & Bone is the perfect combination of many things: convenience, product, decor are all on-point but it’s the familiarity of the staff and their stylish service that makes us want to give them money.

“People can be a little bit intimidated by spaces sometimes so if you don’t make them feel warm and friendly, if I don’t go, ‘hi!’ and grab them, they might poke their head up – get a little bit scared, they’re not sure how it works and leave.

“But if you can approach them and let them know this is how we do things, ‘it’s all relaxed, have fun, enjoy the food’ then they feel right at home,” says Mark Veall.

Both Bread & Bone and Jack Greens put a huge emphasis on staff.

Bread & Bone want their employees to have confidence and welcome each diner as though they are welcoming them into their own home for dinner. Jack Greens is subtly different, with a focus on fitting into the busy lives of their customers and adding genuine cheer along the salad production line.

“If you come in and someone’s greeted you in a happy tone, guides you through our menu and what might work for you if you’re someone that’s new to Jack Greens and you’re farewelled as you leave – I think that all adds up to a lot. I know it means a lot to me and to our staff. That’s something you strive to do each day,” says Wade.

As time becomes increasingly precious to those who can afford to dine out regularly, restaurateurs must start to centre any future concepts around the user experience, rather than concepts dreamed up in a bubble.

Adelaide’s best restaurants will continue to be those that fundamentally understand their customer, how they fit into their customers’ lives and how they make those lives that little bit better for stepping through the door / tunnel.