The new project from the Sit Lo team comes with a few surprises. 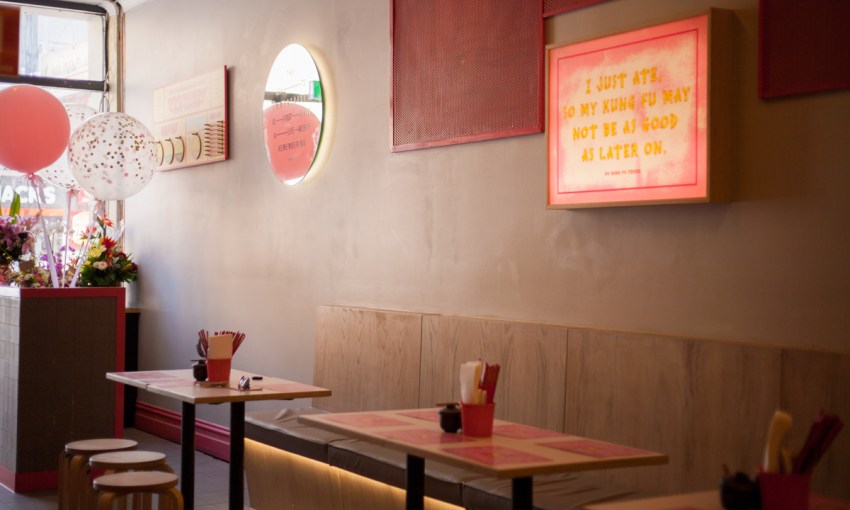 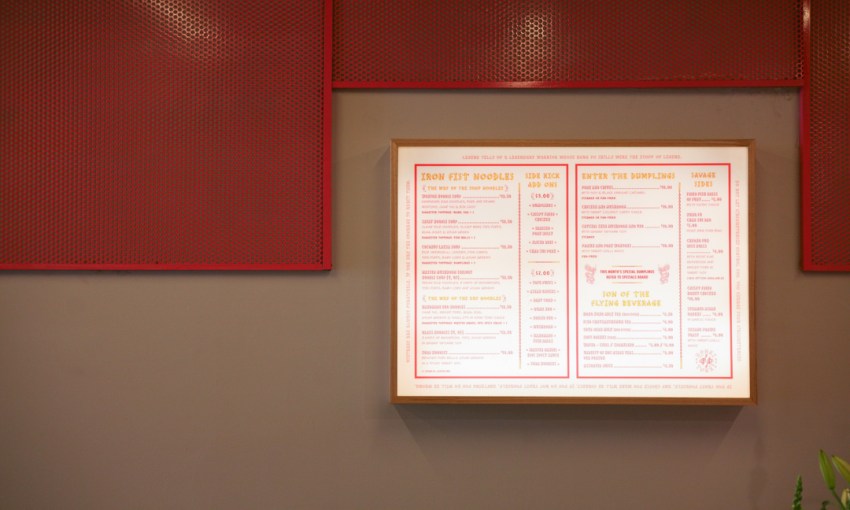 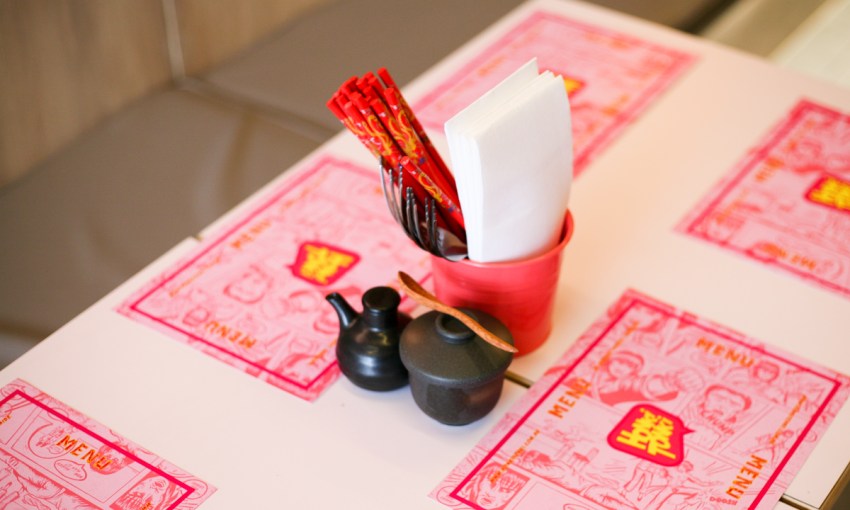 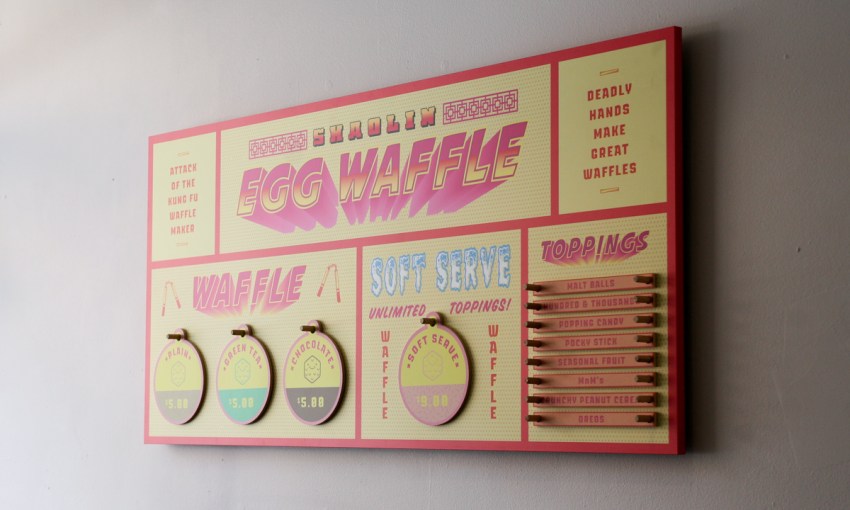 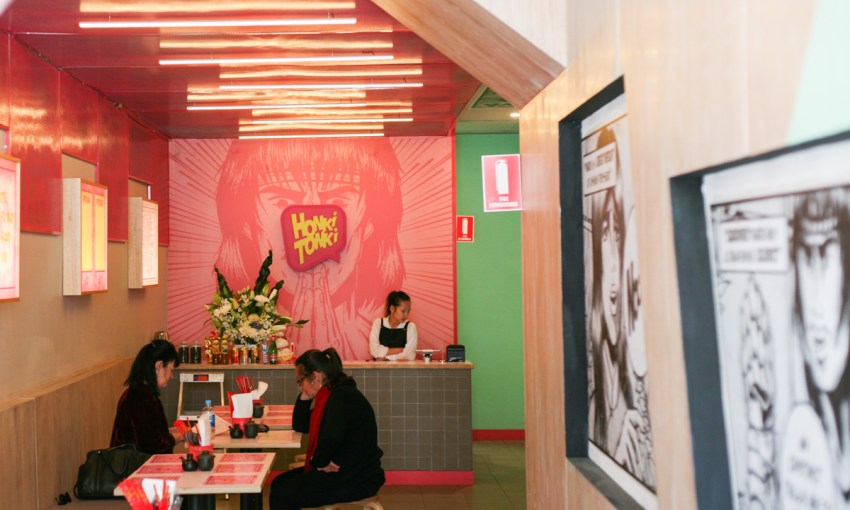 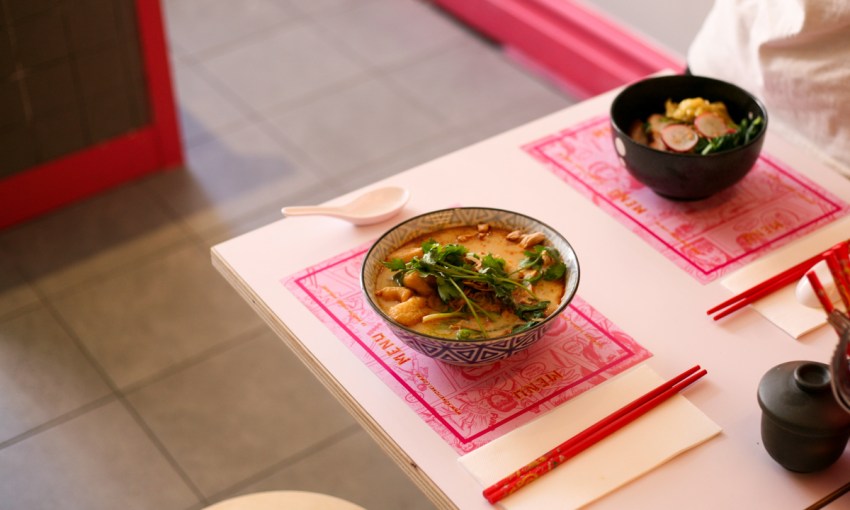 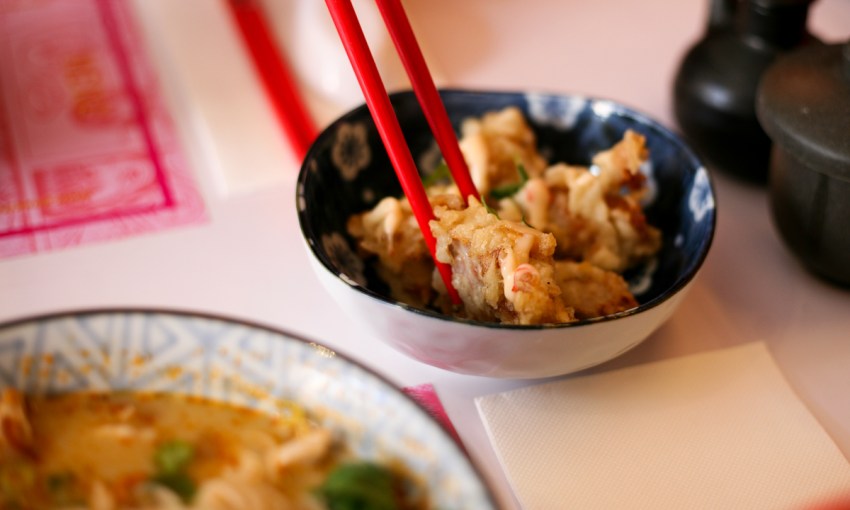 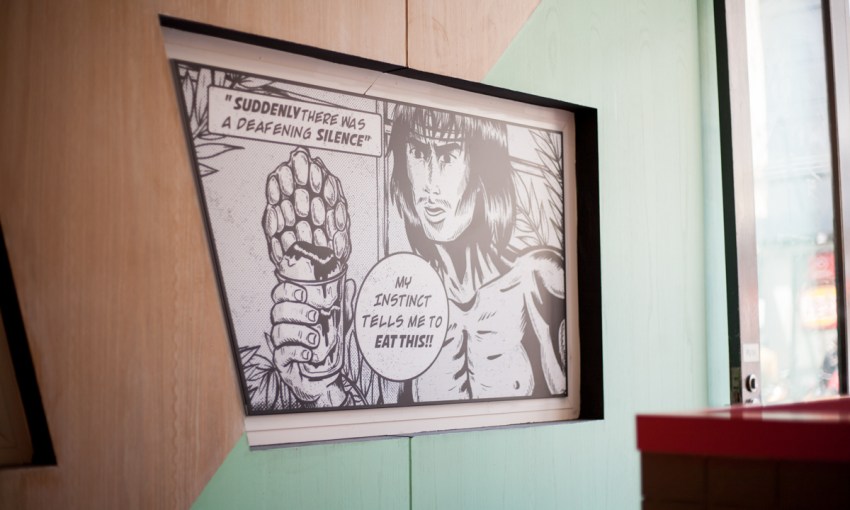 Given that Honki Tonki – Hindley Street’s newest eatery – is the second project of Sit Lo’s Phuong Thai Nguyen and Vinh Nguyen, its sharp fit out and versatile menu are no surprise.

Find Honki Tonki at 38 Hindley Street, Adelaide. It is open from Monday to Saturday, 12pm-9pm.

Service of egg waffles from the front counter is due to commence in November or December.

Their success at Sit Lo has been a result of pairing quick, simple and delicious Vietnamese-inspired staples with an appealing fitout.

Honki Tonki employs the same strategy, but this time the menu is influenced by Hong Kong street food – there’s a laksa and plenty of other noodle soups, as well as some dry noodle dishes, dumplings and sides like sesame prawn toast and crispy fried honey chicken.

Similarly, the interior at Honki Tonki echoes Sit Lo’s contemporary aesthetic, but does so by employing a very different design direction. For the eatery, Studio Alumni (who were also responsible for Sit Lo’s interior) has created illustrations that reference graphic novels and a pop art colour palette, as well as a menu that harks back to the heyday of Kung Fu movies in the 80s. 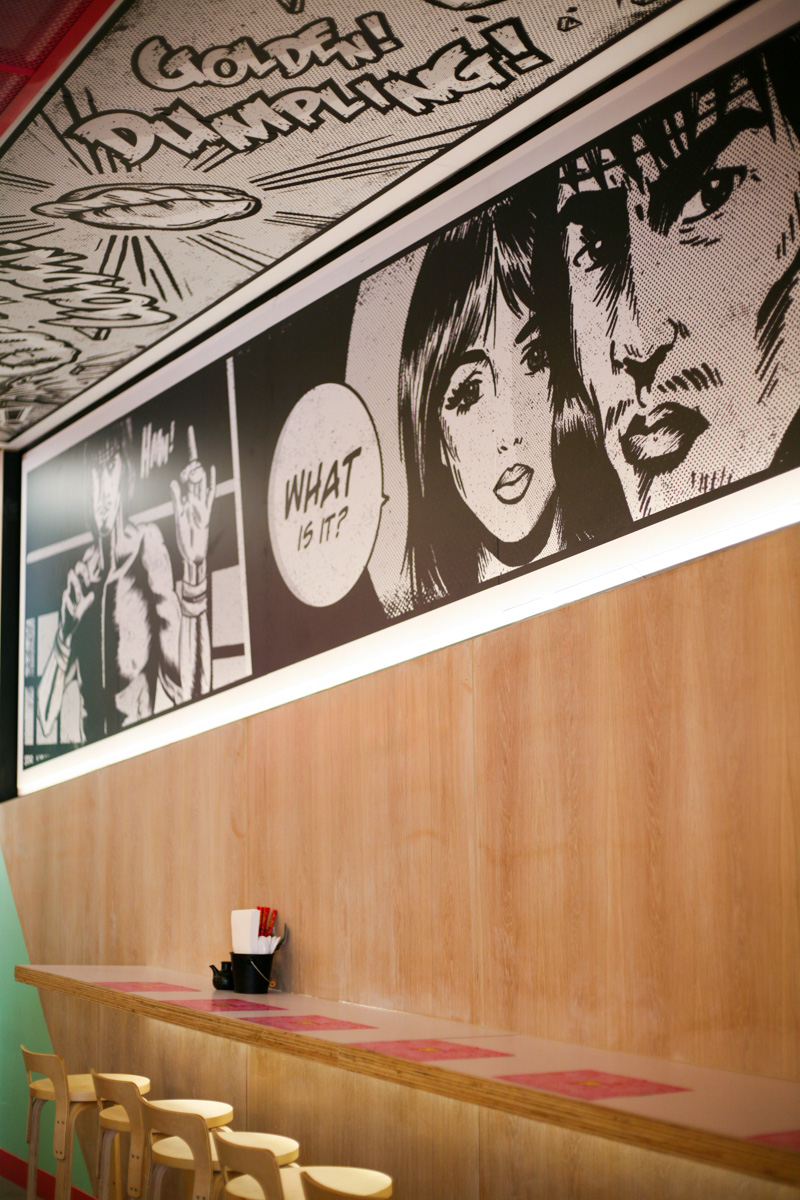 “We wanted it to have the same fun sort of feel as Sit Lo, but also to be a bit different, which is why we went down the sort of graphic, illustrative route,” says Vinh.

While the attention to detail in the menu and interior is what we might expect, some things about the venue – which opened its doors with a very soft launch last Friday – are a revelation.

Chief among the surprises is the news that Honki Tonki will not just be serving its main menu, but will also be offering up Hong Kong-style egg waffles, which will be cooked at the counter immediately inside the front door – ready to be grabbed people come past the shopfront.

“The smell is just amazing,” says Vinh. “People walking past will definitely know it’s there.” 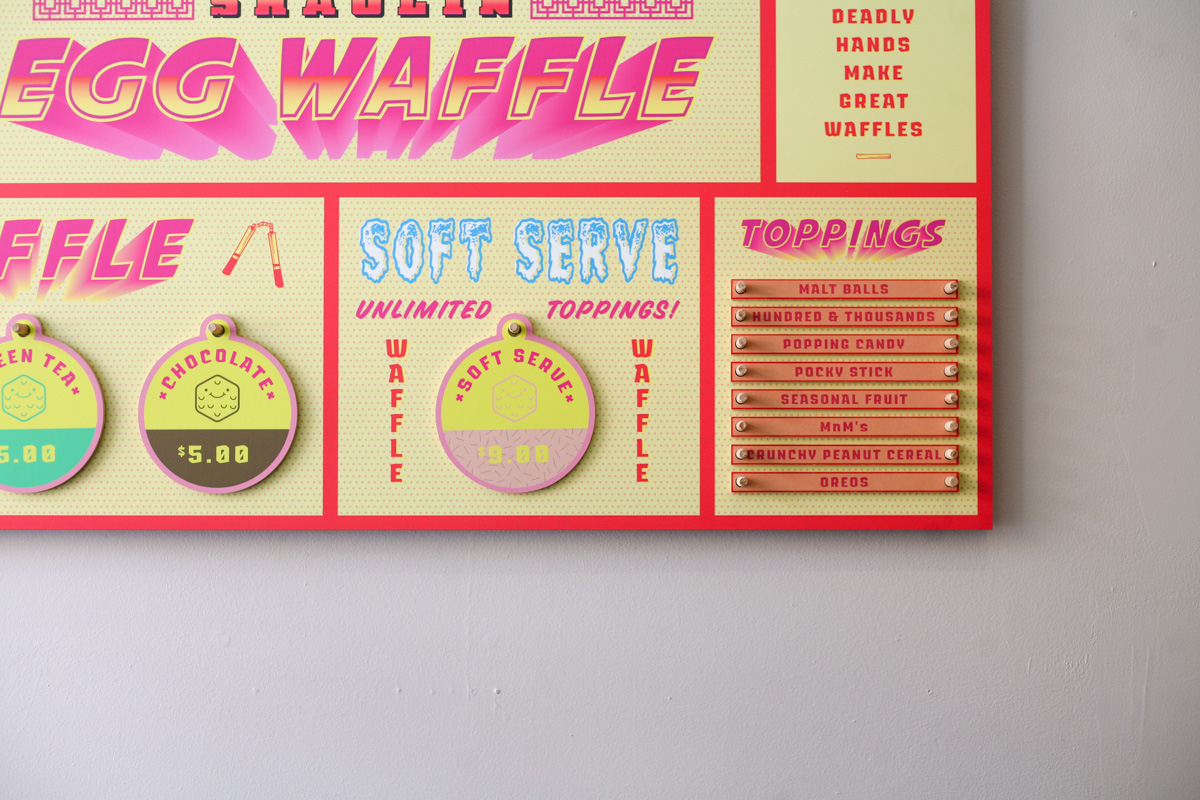 However, due to delays in finalising the front part of the shop the waffles won’t be available until November or December.

There are other interesting future plans on the horizon for Honki Tonki’s main kitchen too, and those will extend to having an impact on Sit Lo’s menu.

“This is going to be the main kitchen for both places,” says Vinh. “One of the reasons we took this space – as well as to open the new place – was to have more room so that we could do some exciting things with the Sit Lo menu.

“So once we get everything running smoothly in here, I’ll be working on some new stuff for there.”

The menu additions and alterations for Sit Lo are due to be introduced after the Christmas break, but in the mean time we think the Honki Tonki menu and the prospect of egg waffles will be enough to keep us interested. 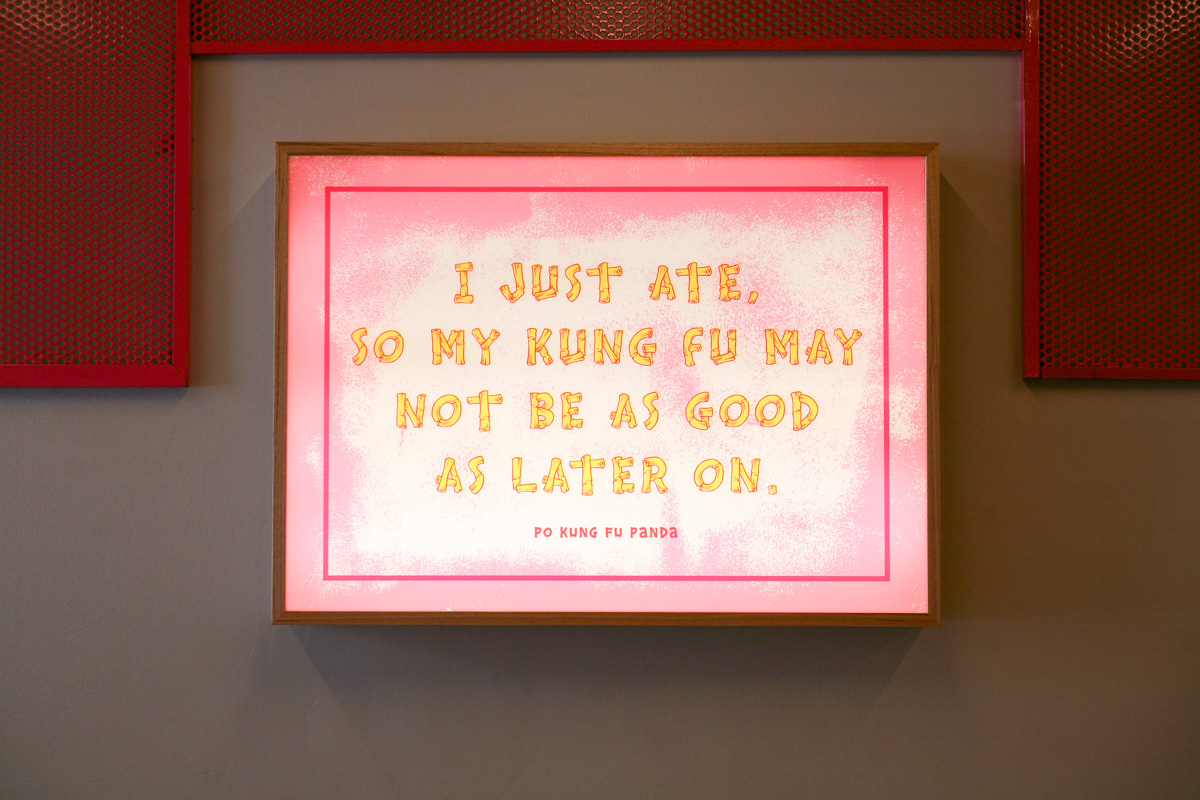 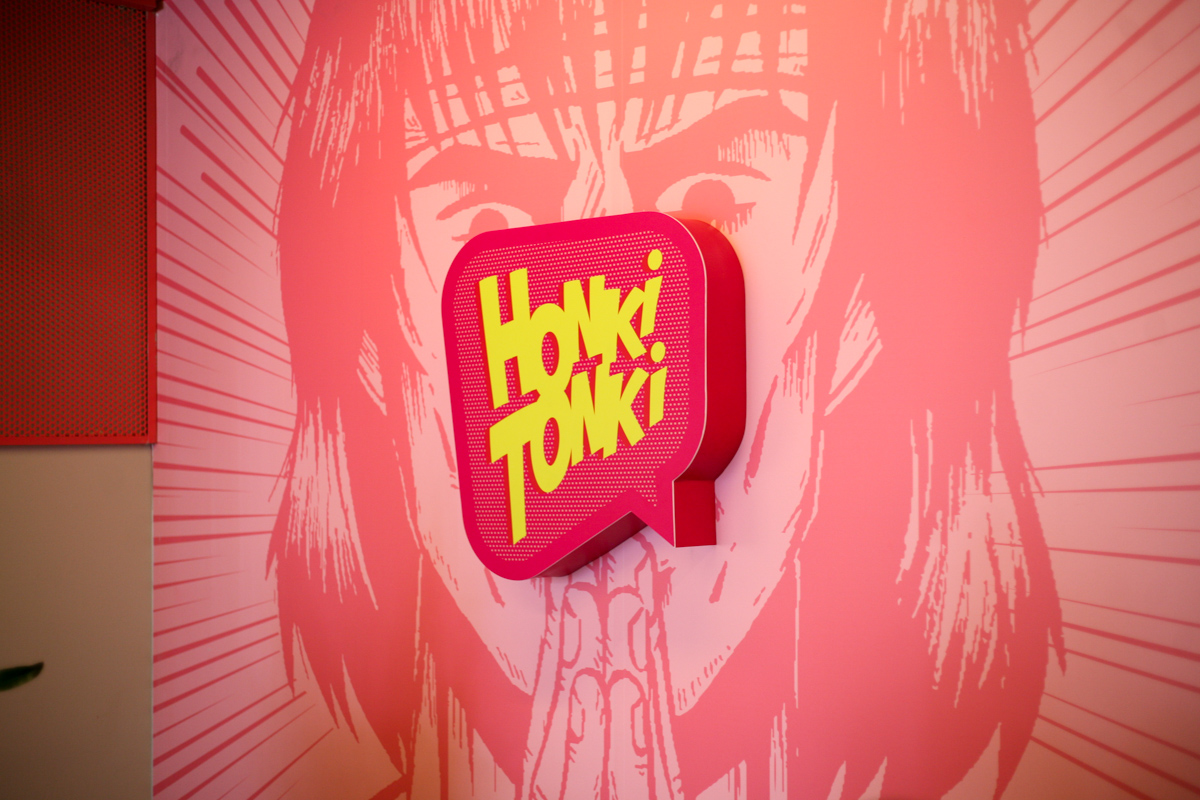