After scouring the city for the perfect salad, the team from Pizza e Mozzarella Bar decided they’d be better off making one themselves. We're glad they did - Chicken & Pig is their newest venture and makes for a perfect and unique lunch stop. 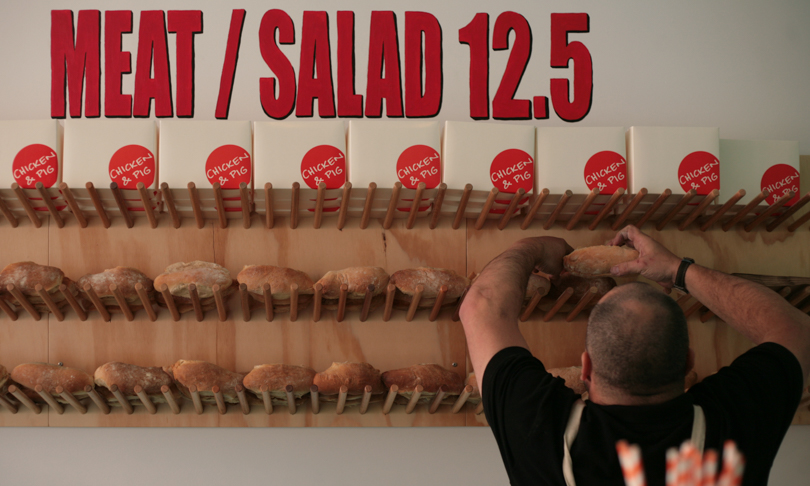 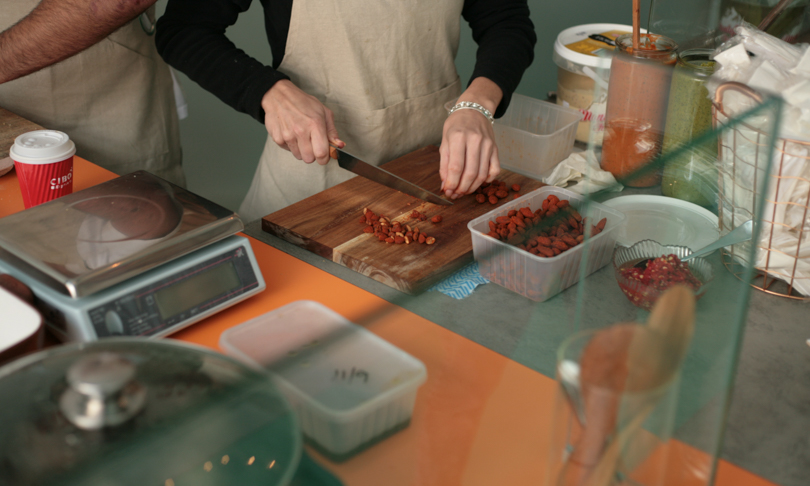 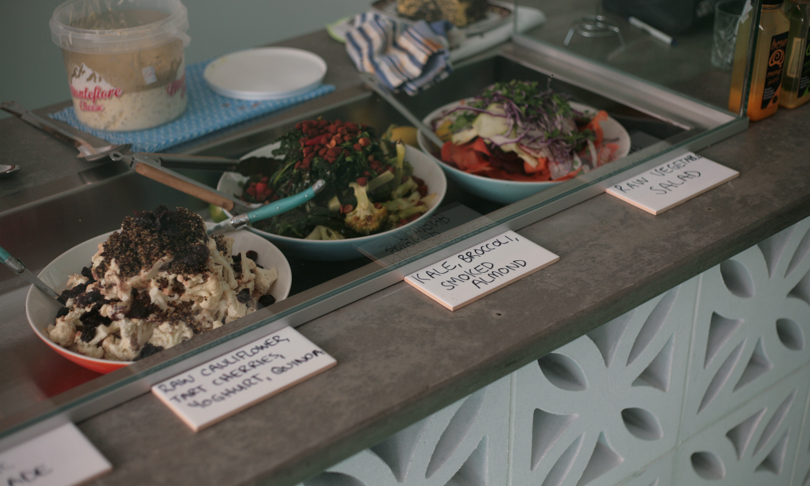 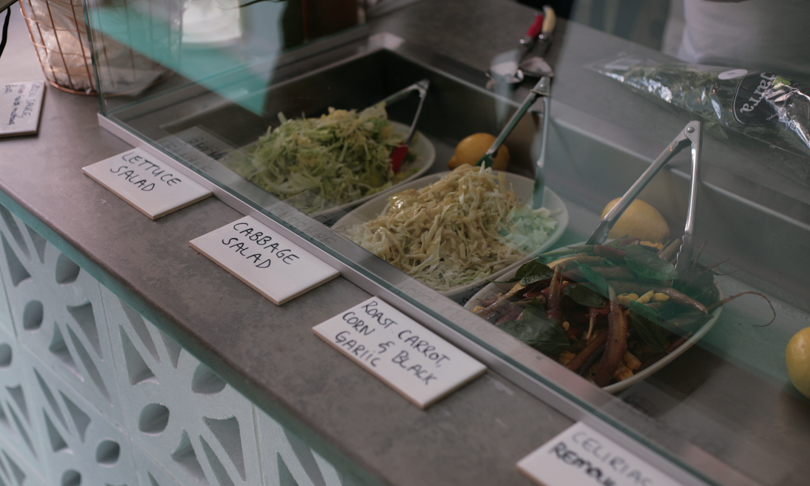 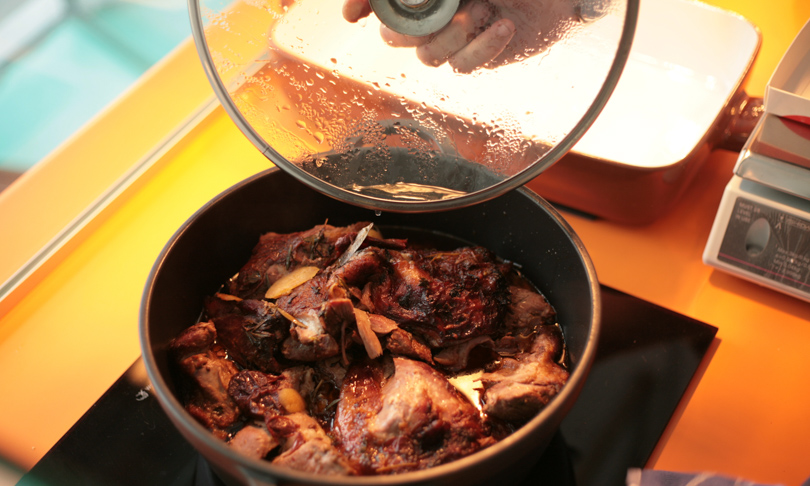 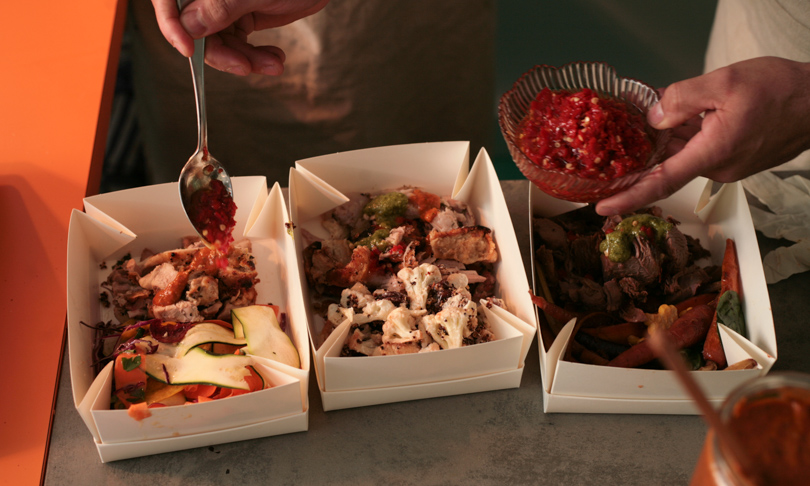 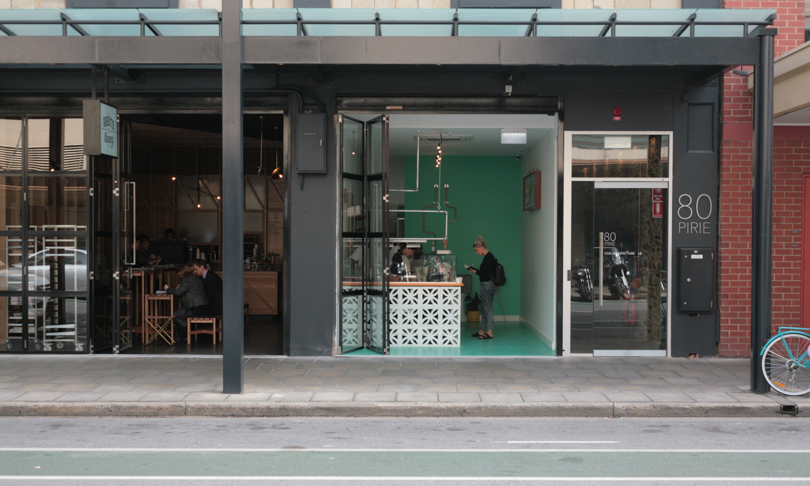 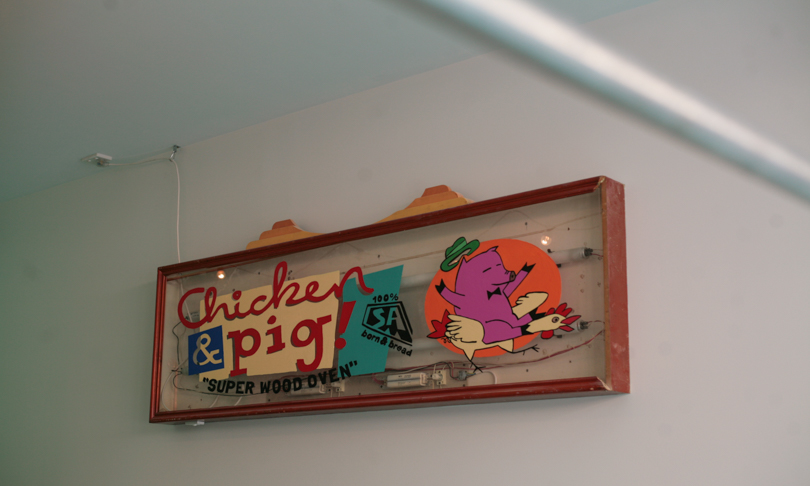 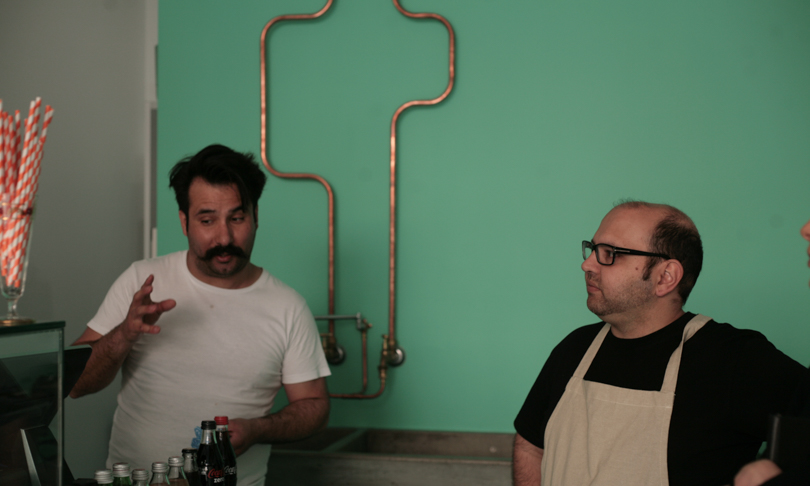 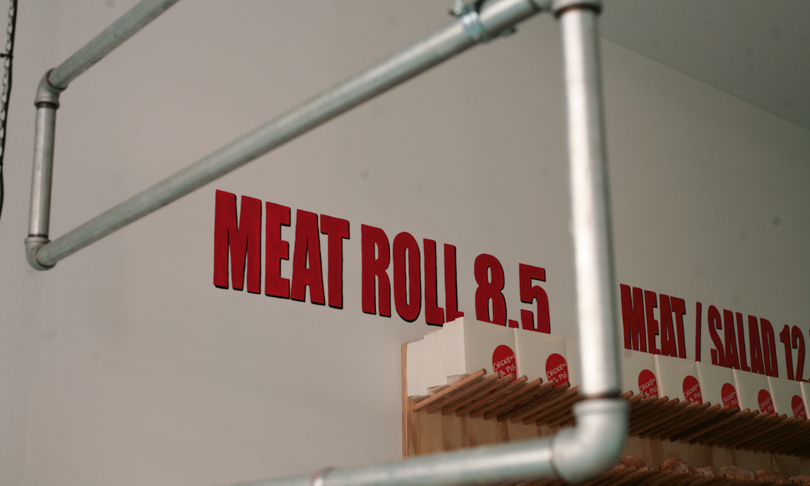 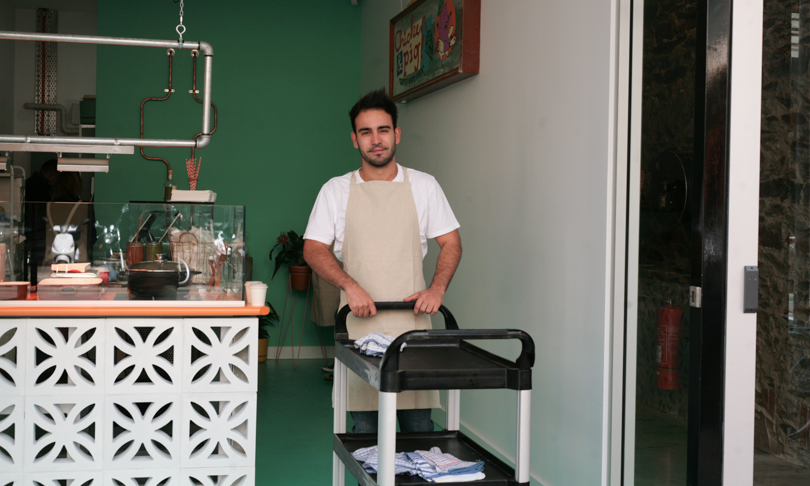 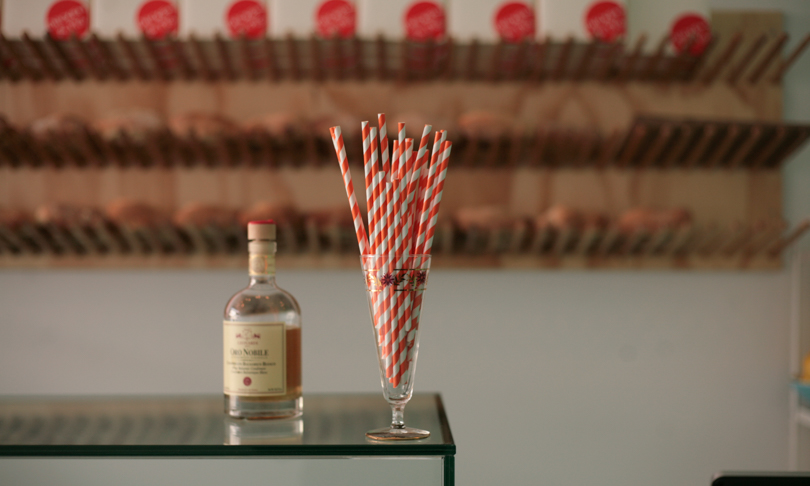 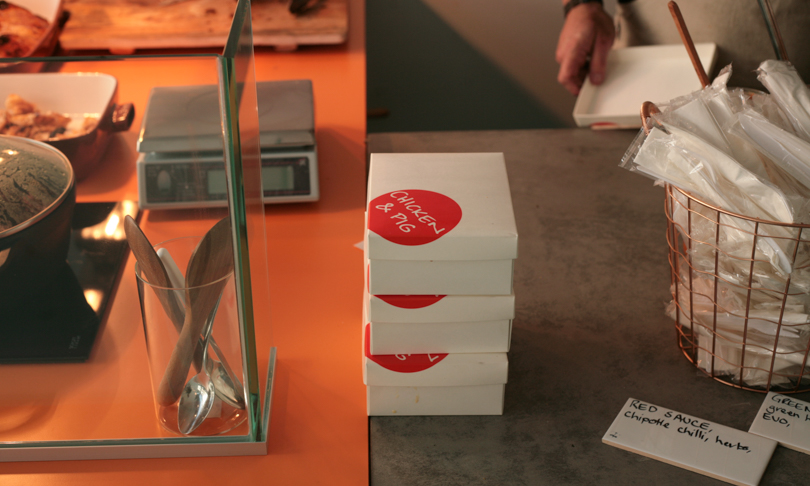 Pirie Street is now officially posing a very real threat to our waistlines. Our morning caffeine and croissant ritual is locked in at Abbotts & Kinney and dinner is booked at Oggi. That only leaves the pressing issue of where to head for lunch.

A nifty point of difference too – their locally made salad boxes fold out into a plate that keeps all the juices in. Perfect for desk dining!

Chicken & Pig is the newest addition to the rapidly evolving street, and it adequately fills that awful gap between pastry and pasta.

The eatery works symbiotically with its sister restaurant Pizza e Mozzarella by using the latter’s wood oven in the early hours of the morning when it would otherwise be dormant. Here, the Chicken & Pig team bake fresh bread and slow cook a range of three different meats to serve daily to the lunchtime crowd in the simple form of either a meat roll or meat and salad.

It’s a straightforward offering, but a unique and flavoursome one that is likely to quickly find a loyal following.

Co-owner Peter De Marco says that as well as catering to a lunchtime need, he and his team are keen to work closely with local suppliers and make the most of SA produce. He knows the importance of forming relationships with suppliers, getting to know the farmers and working with the natural ups and downs of produce – whether that’s by choosing things that are in season or selecting the perfect cut of meat.

“(We are) bringing it back to basics, how things used to be done,” Peter says.

“Slow movement cooking – everything is slowly done. Meats are slow roasted for about four hours in a wood oven so we don’t want to lose too much weight and moisture and we want to keep all those flavours in.”

Everything at Chicken & Pig has been tried and tested and tried again. From the sauces that sit in large jars atop the counter bench (a choice of freshly made red chipotle, chilli and herb salsa verde or a green herb, mustard and olive oil emulsion) to the breads, salads and meats, which you can smell from the moment you enter. Even the little details, like a 15 year old, aged balsamic vinegar or French butter rolled in Hawaiian volcanic salt, have been carefully considered.

“Just doing the bread. I can’t even count how many trials we did,” says Phil Tropeano – also a co-owner.

“You know, I thought the crust was too crusty, it had to be perfect…Exactly how we imagined them.”

It’s obvious a great amount of thought has gone into every element. Even the décor offers something – a window into the guys’ heritage that pays homage to their upbringing via a Besser block counter, large concrete trough and bright turquoise flooring.

Chicken & Pig’s simple philosophy spans all aspects of the store. It’s a no fuss approach.

“We make it really easy for our customers. You are able to have salads that are already built rather than doing what most other salad places do – a bit of this, this, this and that… And for us there are only two prices, that’s it [a meat roll or a meat and salad box],” says Peter.

“And we do a lot of extra crackling too,” he says. “Because everyone loves crackling.”

And on that, we would have to agree. And we’re sure you will too.