Finally, some fancy fish and chips (and a plethora of other seafood options) in the city. 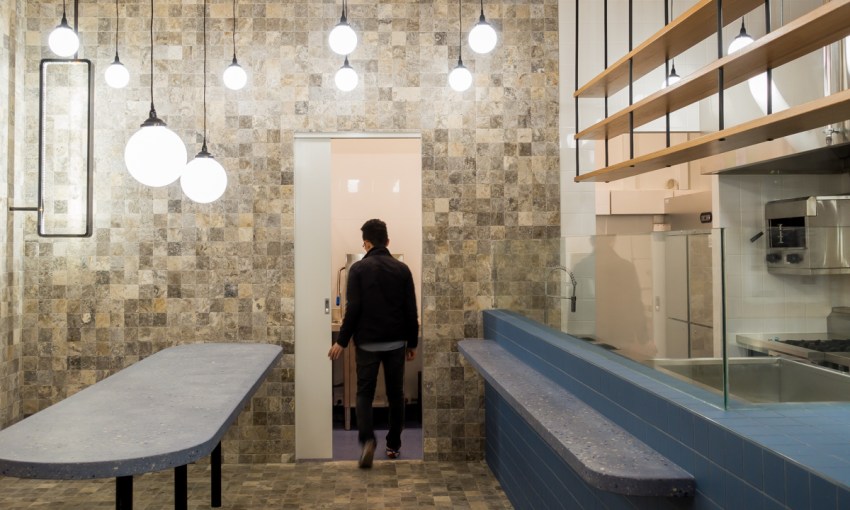 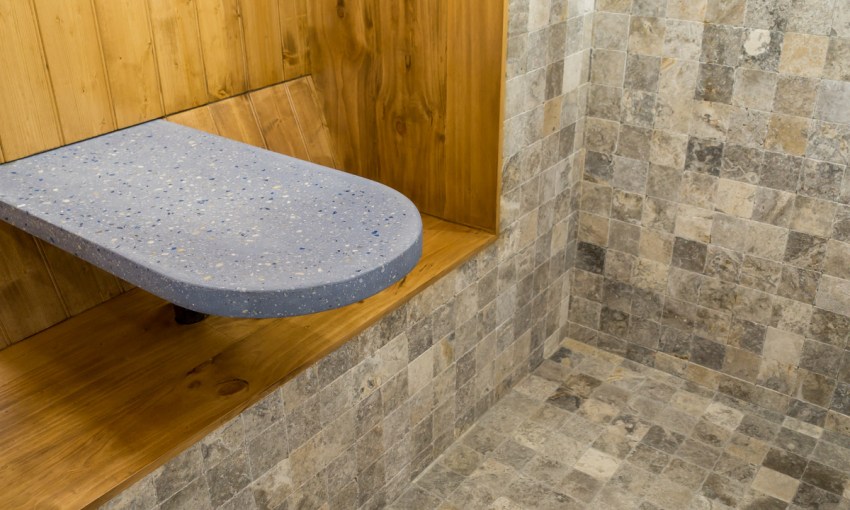 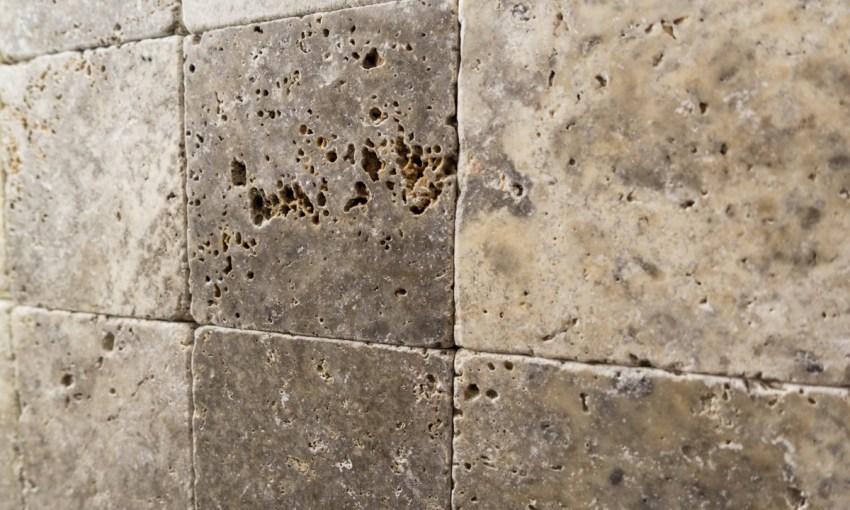 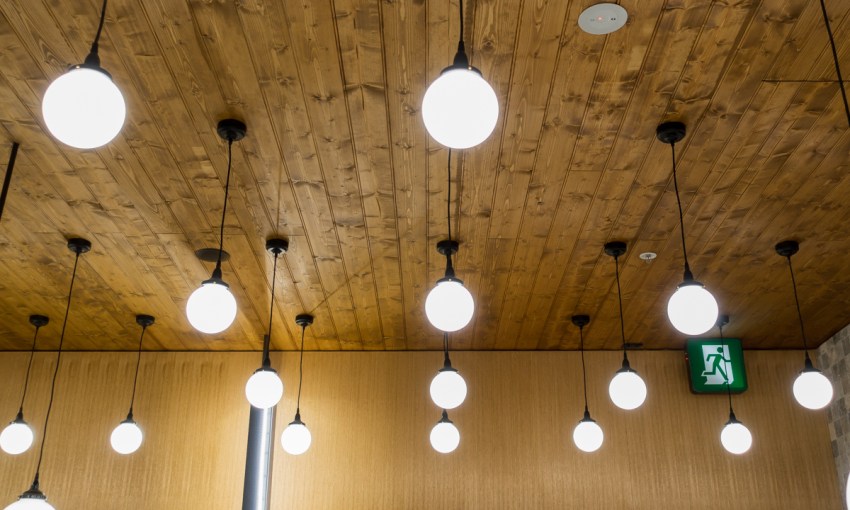 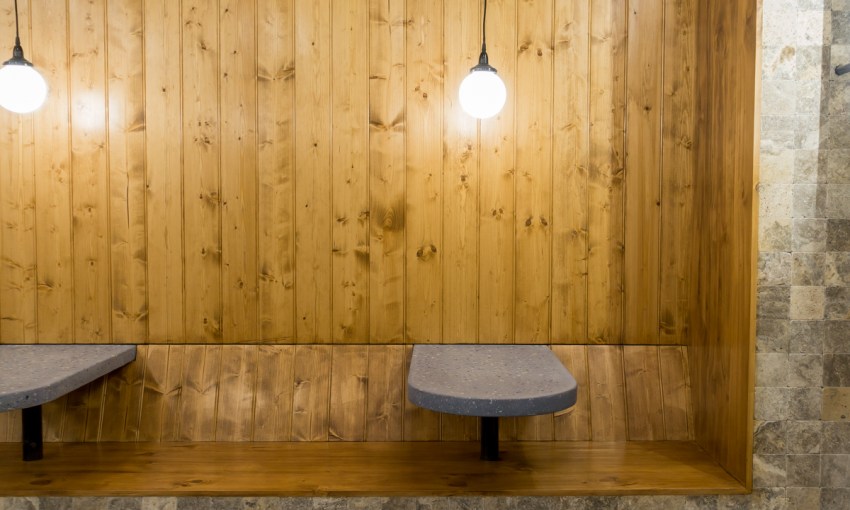 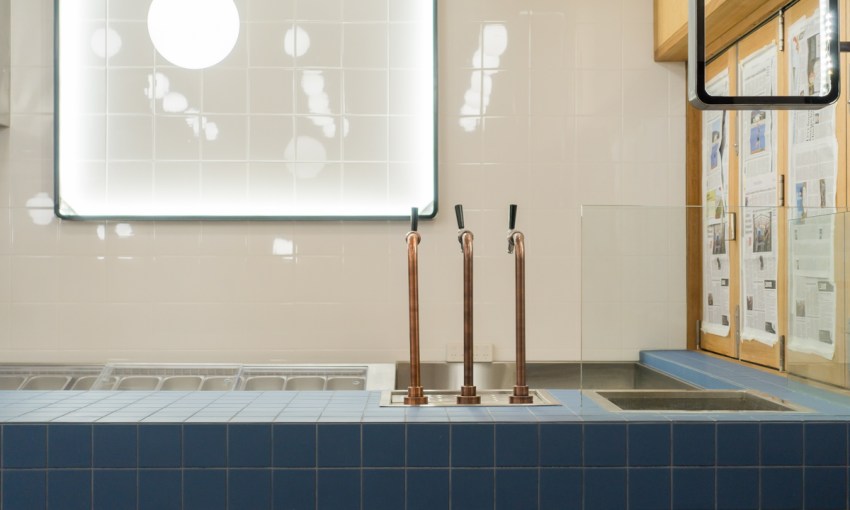 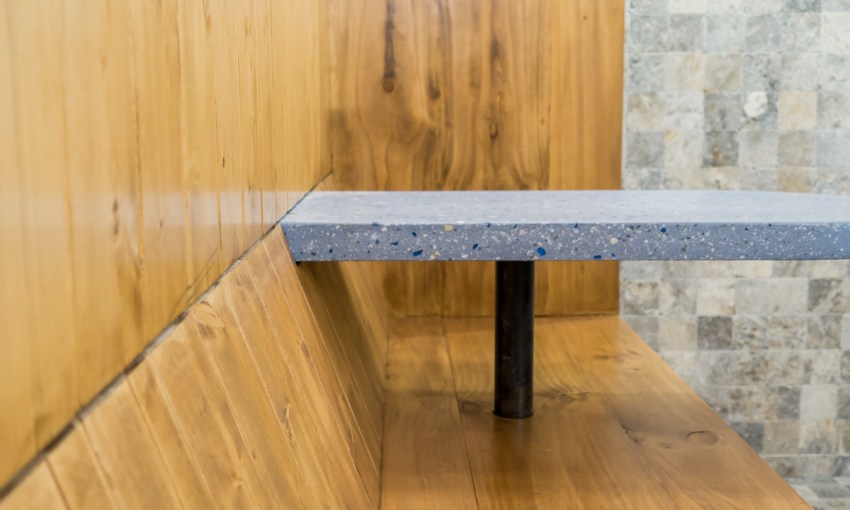 Waymouth Street, for all its diversity of restaurant fare, is a sweeping streetscape of glass and concrete; its historical nature as a financial district still overpowering the foodie heart slowly beating its way to the surface.

Smallfry Seafood will open this June. Keep an eye on their Facebook page for updates.

So, the timber façade of Smallfry Seafood stands out sharply, highlighting the new restaurant at the street’s eastern end soon to be opened by restaurateurs Jack Lim and Nick Wang.

Food truck fanatics may recognise the pair as the two who started Papa’s Gourmet Hot Dogs before selling the business three years ago.

Since then, Nick has been working at Wasai Japanese Kitchen and Jack left the food scene altogether, taking a left turn into real estate.

According to Jack, it was only a matter of time before the industry drew him back in.

“Working in real estate, I found something missing, that I missed a lot, in the food industry, just serving customers and creating something yourself,” he says.

“One of the reasons we sold the hot dog van is because we’d had enough of that. There were a lot of events, and you’ve got to run here and there.

“And my wife was pregnant and now we have three kids, so I don’t think it’s that easy to manage a food truck anymore. So we decided to do something brick and mortar.” 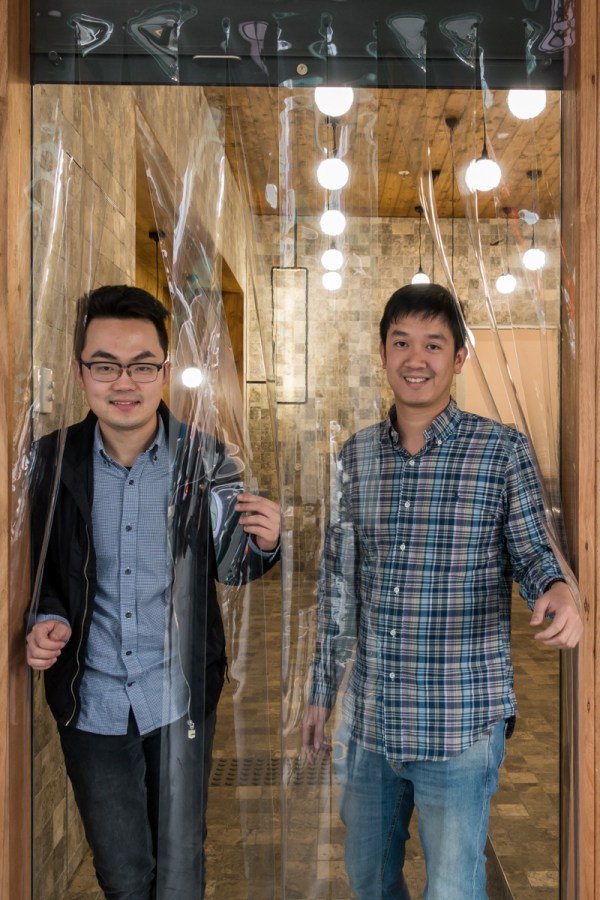 As anomalous as Smallfry is visually, Nick and Jack have also decided to introduce something to the city they see as lacking.

“We want to do something a little bit different, so we thought seafood might be a great idea,” Jack says.

“We’re still working on the batter. We might introduce tempura batter instead of normal beer batter, then you get to choose your fish and you can go with salad or rice to go with it, then we have seafood chowder, we have a few types of burgers, Japanese-style chicken burger marinated in saké, and then some simple wagyu burgers.”

For the fit out, Jack and Nick approached Matiya Marović from Sans-Arc Studio, giving the acclaimed designer free rein.

“We wanted something a little bit unique, a little bit stand-out, and that’s what we told Matiya. He came back with a few concepts, and then now we have the final product,” Jack says.

The colour palette references the blue and white of the age-old fish and chip shop (including the plastic curtain), but the introduction of timber creates a warmer and more inviting feel.

For the layout, Matiya looked to seafood bars in the US like Greenpoint Fish and Lobster in Brooklyn, and Swan Oyster Depot in San Francisco.

“We wanted it to be super textural and use that typical palette. You know, fish and chip shops are always that white subway tiles with accents of blue, or white tiles and blue, and very sterile, so I wanted to introduce warmth and tactility to it,” Matiya says.

“It’s just a slight reinterpretation of that beachside palette, trying to infuse that experience in the city a little bit without it being overly obvious and in-your-face.” 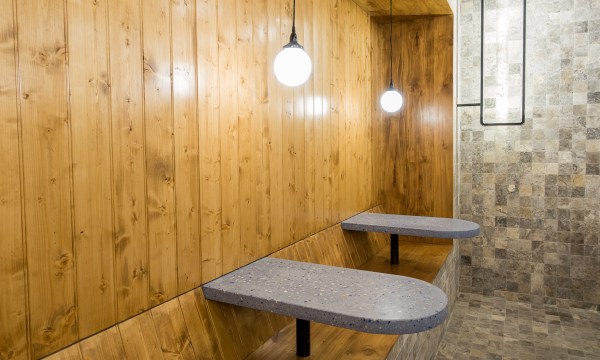 Even the pendant lighting, which took Nick and Jack aback at first, is an oceanic reference.

“[It’s] a take on phosphorescence when you’re underwater, so you get this immersive feeling of all these lights around you,” Matiya says.

It’s another small and very beautiful space that CityMag can imagine being very comfortable in, while sharing a fish and chip pack and a butcher for lunch or as a 5pm knock-off meal.

Smallfry Seafood is set to open in June, so until then we can only imagine.