Who we’re nominating for the 40-under-40 Awards

A list of people we've met in the past 12 months who've made us proud to be from Adelaide. 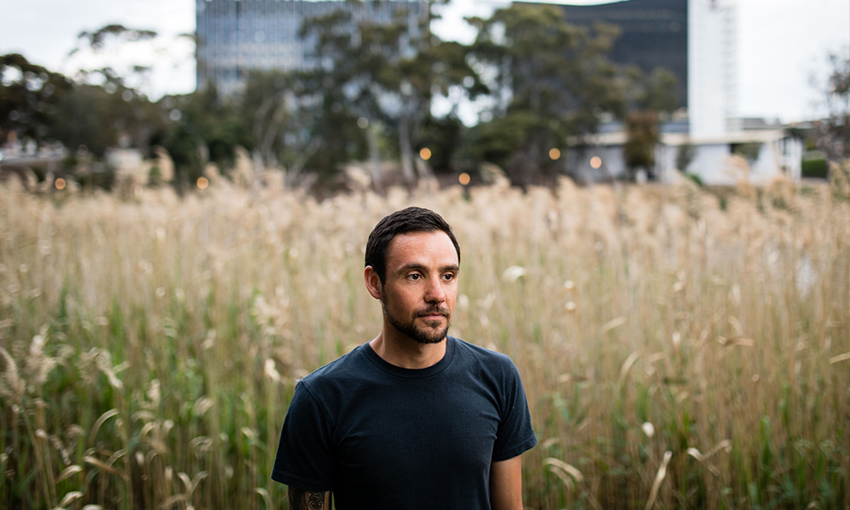 Historically shy of award programs, CityMag entered the SA Media Awards for the first time this year. After five years recording and writing about the unique characters, commerce and culture of our city – we felt we might have published a story or two worth recognising.

The 40 Under 40 Awards seeks to identify South Australia’s younger business leaders and entrepreneurs who will help drive the state’s economy into the future. Nominations are now open and can be made here.

There’s something in our culture – Australian or Adelaidean we’re not sure – that makes us feel icky, filling out a form and bigging ourselves up to a group of faceless judges whose opinions about us we don’t necessarily want to validate.

But reflecting on this attitude we can see a lot of the ‘old Adelaide’ mentality there – self-righteous and, at the same time, self-deprecating. So when we heard tell of the new 40-under-40 awards, pitched at celebrating the 40 brightest South Australian business stars and future leaders of SA, we knew we had to enter… a list of the most impressive people we’ve met over the past 12 months lest they not nominate themselves.

The scope of the award is blessedly broad. So we’ve chosen our own metrics to create a shortlist of the most innovative and industrious people we’ve interviewed.

South Australia needs leadership at every level but if we’re looking at people under 40 then we would like to see a strong representation from the full spectrum of South Australia’s diverse ethnic inhabitants. We would imagine leaders who have a strong social conscious and ethical accountability to be taking this state forward. We would imagine that the person / people who win the state’s inaugural 40-under-40 award to be extremely imaginative and perspicacious – someone who not only sees the future but is actively creating it in Adelaide right now. 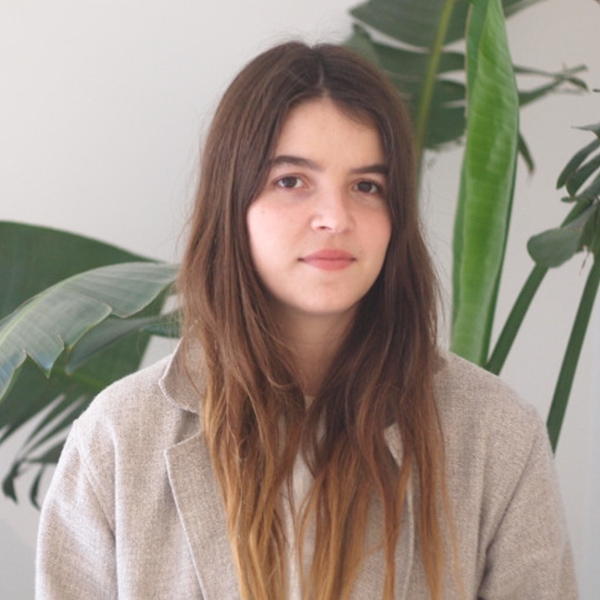 Anny Duff is the founder and creative director of Good Studios, an ethical fashion brand based in Adelaide. Last year Anny and her collaborators in Ensemble, an exquisite retail store on Gilles Street, launched the SLOW fashion festival as a celebration of the hand-made reality of clothing and to raise awareness about the waste associated with disposable fashion trends. Anny works with organic materials, in particular hemp – a sustainable alternative to cotton. Anny’s business model is respectful to her entire supply chain from the agricultural product produced on farms through to the textile workers making the fabric and sewing the clothes. Due to her strong business principles and chic aesthetic, last year Good Studios attracted the interest of and signed a distribution deal with Japanese lifestyle company Quorinest. The deal created a huge spike on Anny’s growth trajectory and has the added benefit of taking Made in Adelaide to the world. 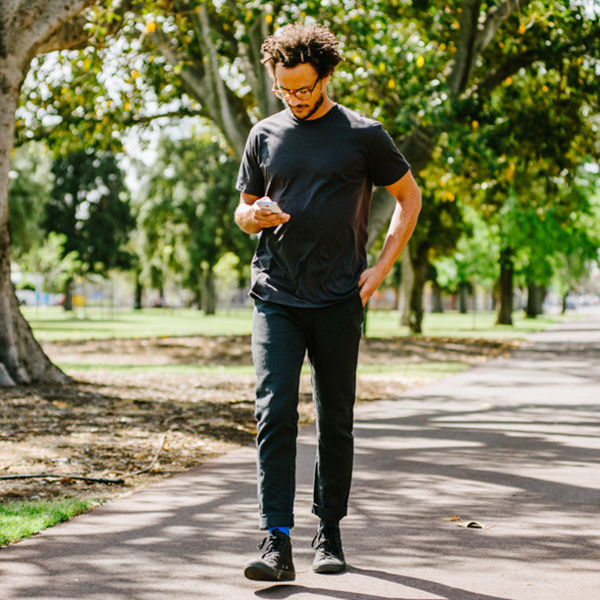 Daniels is one of the strongest proponents of a new Adelaide attitude and a new approach to business. The founder and CEO of EcoCaddy, Daniels returned from working in China with an international perspective and an unashamed confidence in his vision for entrepreneurialism in South Australia. We first interviewed Dans in 2015 when he launched his pedicab business but have had to continue to interview him as his business shifts, evolves and grows. Dans believes Adelaide’s CBD can and should go carless. He believes this for many reasons – not least of which relates to making money – but his constant innovation, hard work, employment strategy, corporate culture and genuine dedication to Adelaide makes us feel we will one day have a strong, green alternative to inner-city commuting. 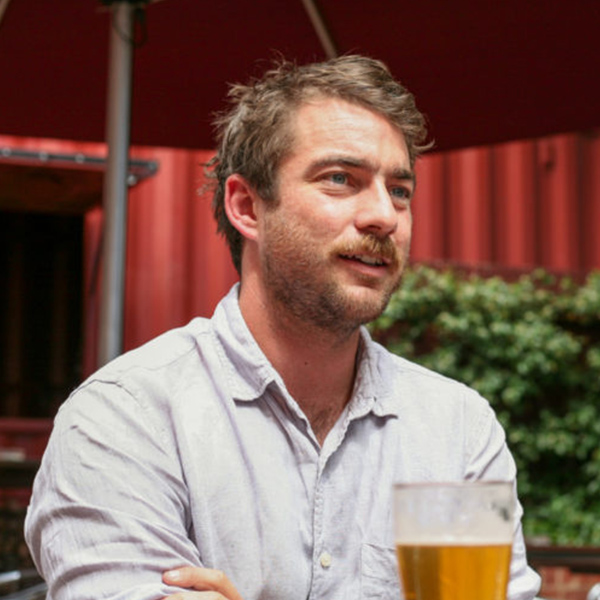 Dylan Fairweather has taken an idiosyncratic wine label from the McLaren Vale and turned it into a global ambassador for the South Australian spirit. Since buying the business from winemaker Justin Lane, Dylan has steadily grown a team and culture around the brand and it’s alphabet of wine that is both comfortable and charismatic. With Dylan at the helm and a committed and creative team developing new markets both interstate and overseas, Alpha Box & Dice has been able to steadily grow as a business over the past few years. But while the business grows, AB&D also gives back, with each new wine label being designed in Adelaide and illustrated in many cases by local artists. The company generously supports many art exhibitions and festivals and is a great advocate for Adelaide’s burgeoning creative and entrepreneurial community. 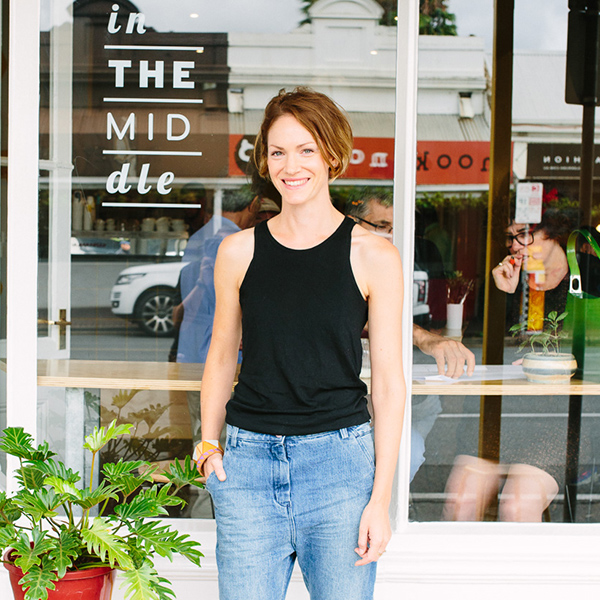 Karah Hogarth founded Pickle in the Middle – a café on Unley Road specialising in pickling, preserving and making their menu from scratch. A health food restaurant without explicitly marketing itself as such, Karah built an iconic and influential food business with innovation at its core. A lot of the food items were untested prior to opening and the huge investment and risk was all worn by the small business owner. After successfully selling Pickle in the Middle, Karah took time away from work to have a child. Now Karah’s back in the (paid) workforce, opening the doors on her new venture – a retail store called Heyday on King William Road. The store is Karah’s response to the woeful bricks and mortar shopping experiences she’s had in Adelaide and will challenge the status quo in the same subtle and sincere ways her first café did. 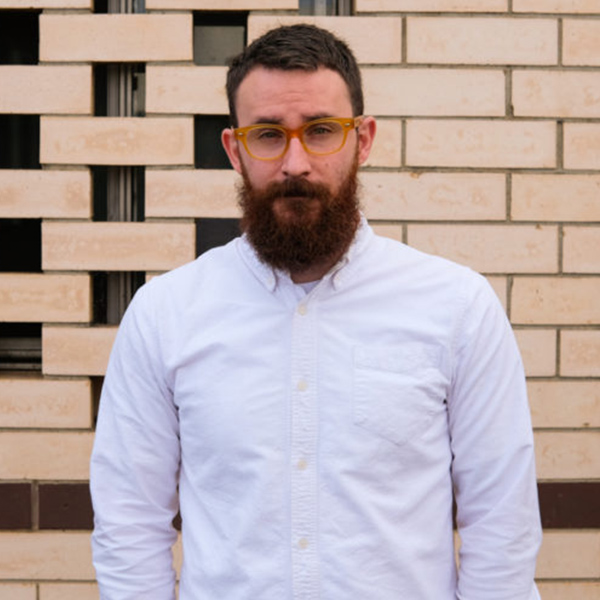 Jarrad Sharrock is a man possessed. Within four years of returning from Melbourne to Adelaide, Jarrad opened up his coffee shop on Gawler Place, invested $50,000 in a German-made top-of-the-line coffee roaster, launched a wholesale business, grew a list of wholesale accounts, opened a second store on Grenfell Street and relocated and refitted his Gawler Place venue. Jarrad is 25-years-old. And while this millennial may be partial to smashing some avocado on toast, he is also interested in smashing stereotypes through his work ethic and dedication to creating an authentic Adelaide coffee culture. Monday’s uses only ethically-sourced and sustainably-grown coffee beans and continues to educate its customers on the agricultural and social connection of their cup of joe to a country and people on the other side of the planet. 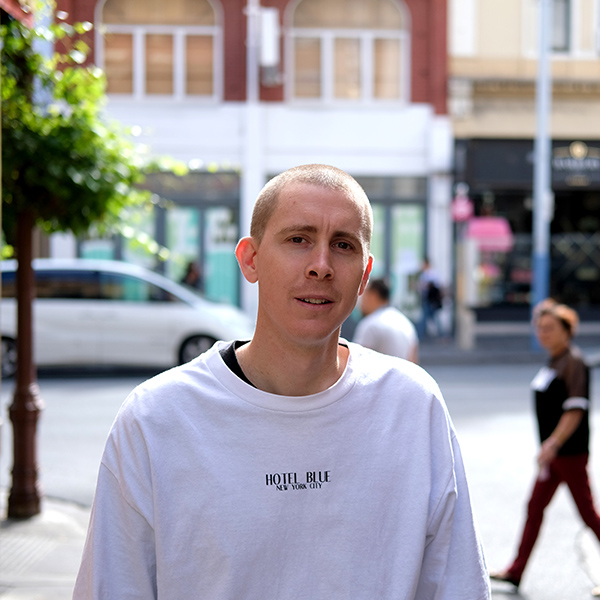 Steadily building his business closer to the heart of the city, founder of Twenty Fifty Two skate shop Allan Mawer is a quiet achiever. While anyone in bricks and mortar retail deserves a medal, Al continues to report growth year-on-year with 2017-18 likely to be his best yet. While even winemakers are creating skateboards with their branding, Al has resisted creating his own skateboard until now – with the underground Adelaide skate shop joining forces with Australian-based, international brand Pass~Port to release not only a board but full range of winter apparel. Designed by Al and made in Adelaide, the range is not only being distributed to skate stores worldwide but is also being heralded as the first Australian-made skate product to hit the market. 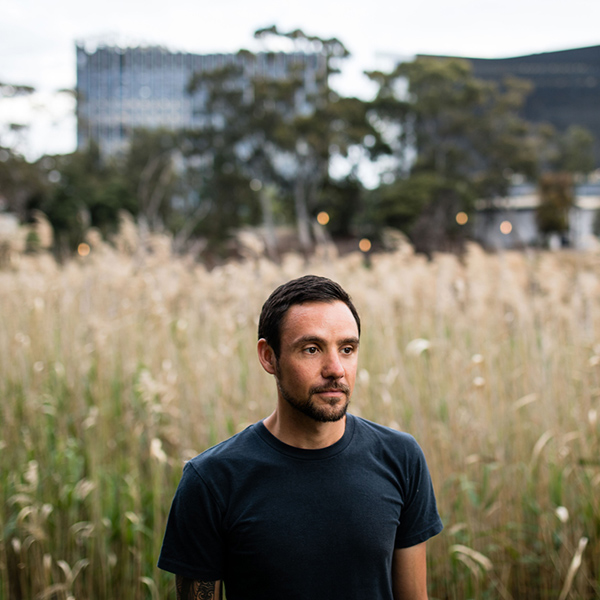 James might be based in Adelaide, but is constantly travelling in service of his art practice. While he works largely in photography – both film and digital, James has also started to work as a curator and to create sculptural objects. Much of his art reflects on themes of cultural identity and through his output, his highly engaging Instagram, and public workshops he is engaging plenty of Australians with the knowledge and traditions of the Kaurna Nation. A generous member of the community, James is ready to share his philosophy and experience with fellow artists and the wider public alike. 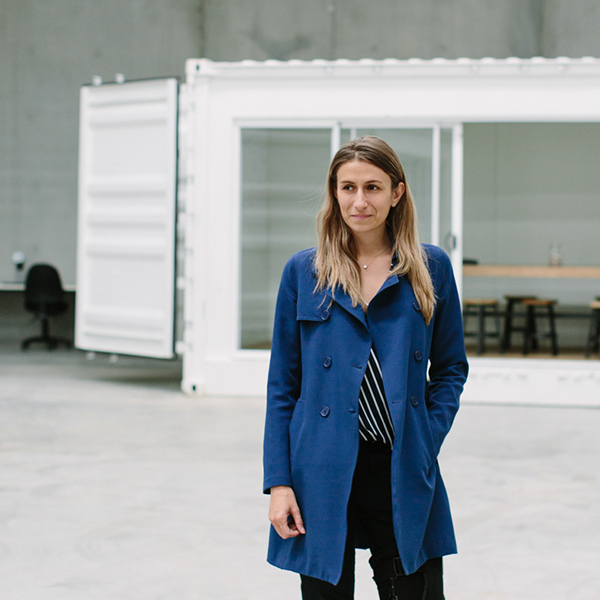 Flavia immigrated to SA from her native Italy, and saw no reason she shouldn’t continue her thriving career in the space industry from her new city. Along with Dr Matt Tetlow and Matt Pearson she has launched Fleet – a nano-satellite company that has attracted more than $5 million in investment in its plan to manufacture small satellites in South Australia and then launch them into the stratosphere. Flavia’s hesitation-free entrepreneurial spirit is exactly the kind of attitude that will help SA find fresh paths for success as our older industries slowly grind to a halt. 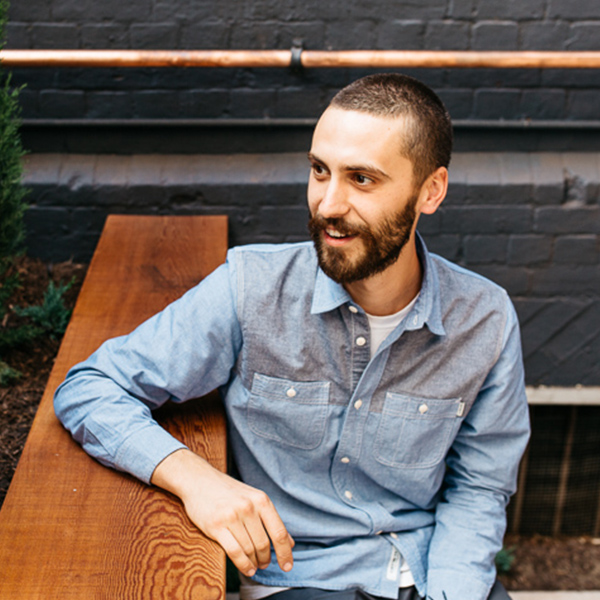 The designer of a great many of Adelaide’s most talked-about venues – from Pink Moon Saloon to Gondola Gondola to Smallfry – Matiya has been repeatedly recognised internationally, including winning the international category at London’s 2016 Restaurant & Bar Design Awards. Last year he was announced as winner of the Jack Hobbs McConnell Travelling Fellowship, and is currently completing research across China, Nepal, and Canada about the use of sustainably-farmed timber in architecture. 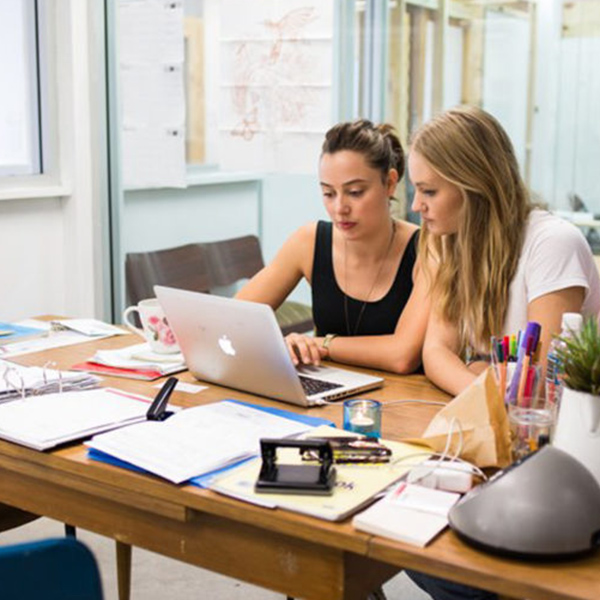 Erin is on the left. This picture supplied.

Erin is an artist who – on top of maintaining her own practice – threw herself into the mad world of operating a venue when she founded The Mill with collaborator Amber Cronin. The pair built the artistic co-working, gallery, performance, and development space well before doing such things in Adelaide was the norm. Far from resting after this mammoth effort though, Erin has continued to evolve the venue – introducing a greater focus on programming events and creating residencies for artists and writers alike. 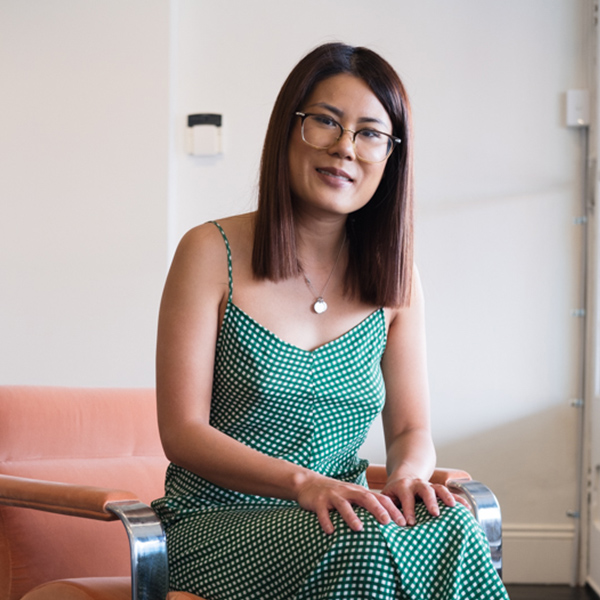 Lisa is leading the charge on a new, sustainable approach to hair dressing with her freshly-opened business ENOUGH Studio. The idea of sustainable hair care is still in its infancy, so building an eco-friendly business like Lisa’s involves significant challenges. Despite what she’s up against, Lisa has created a business that not only conforms with her ideals but also is a delightful experience for those who visit.