Urban designer Daniels Langeberg and his EcoCaddy crew are out to fix the city’s lack of short-distance transport options. CityMag caught up with the entrepreneur to ask about his cheaper, more reliable (and less neon-infused) pedicab service. 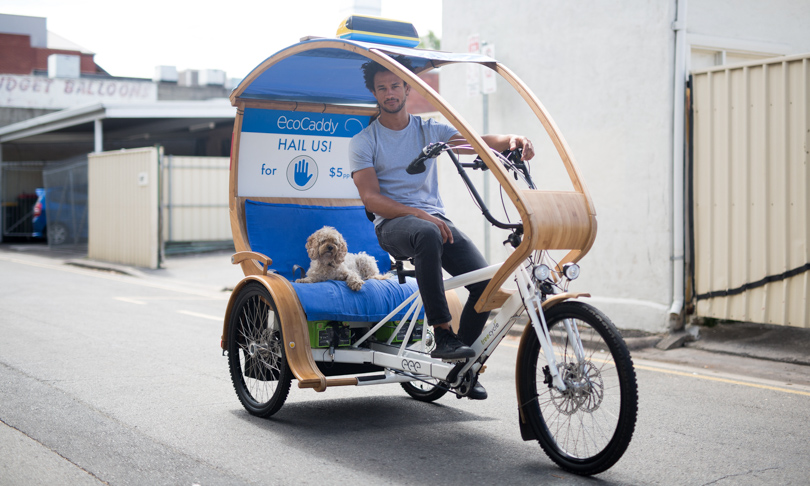 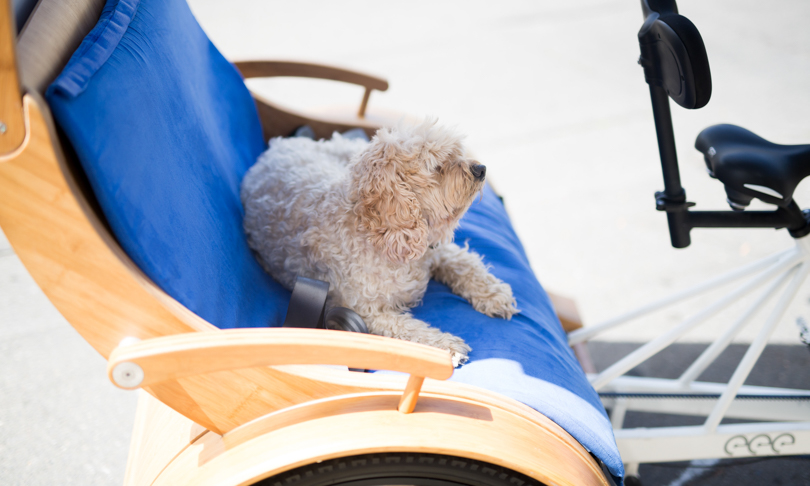 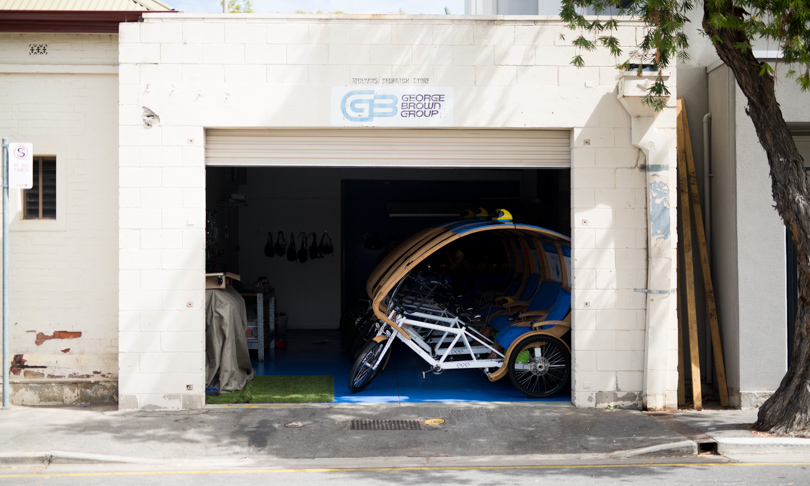 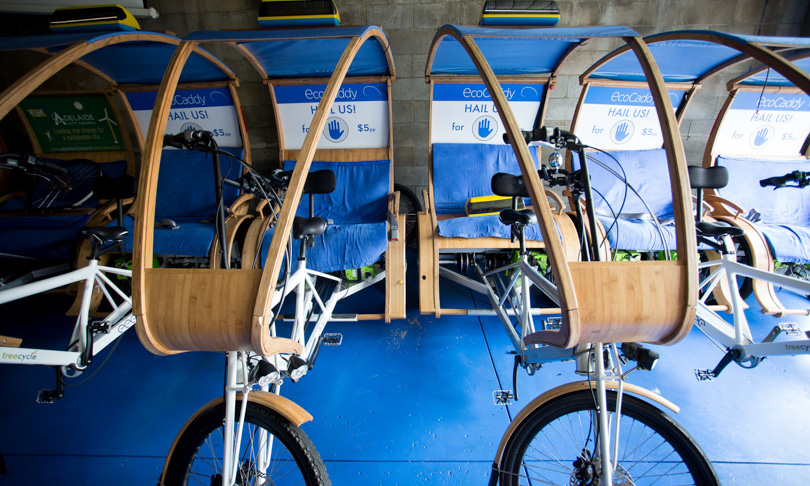 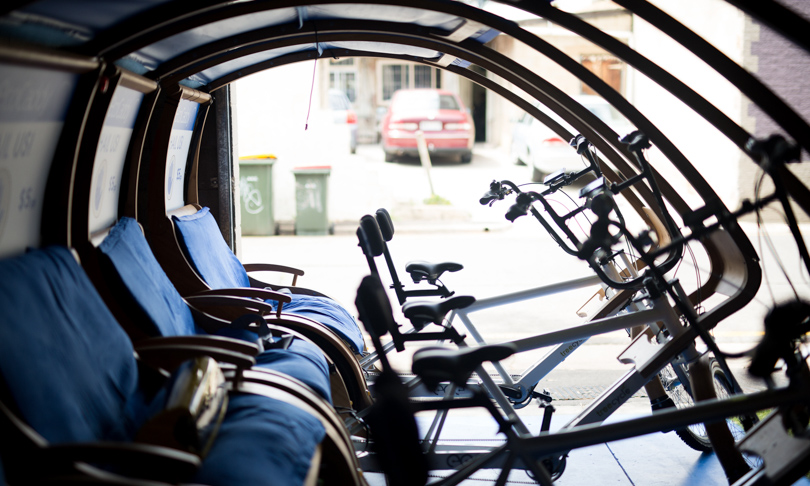 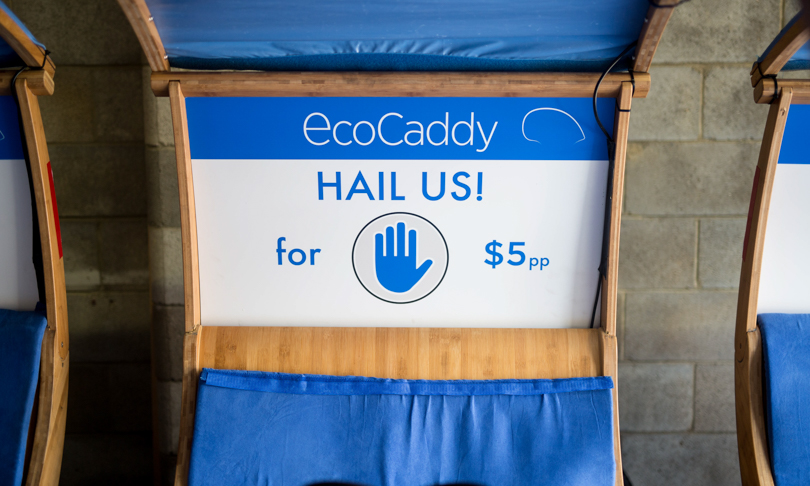 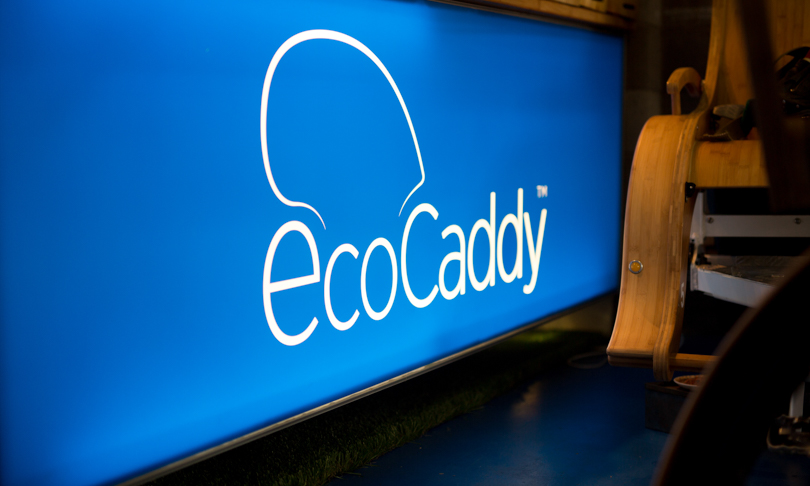 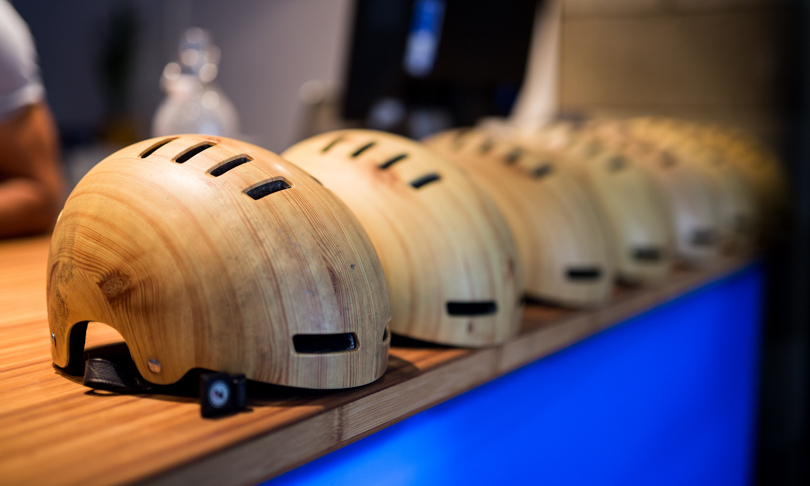 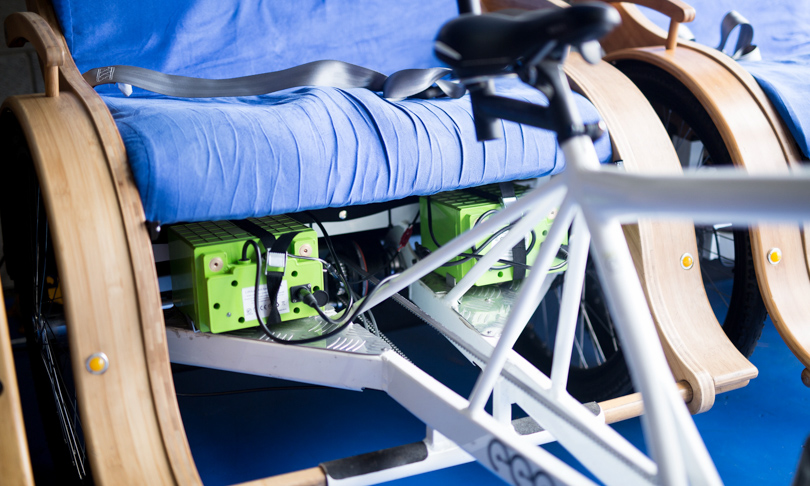 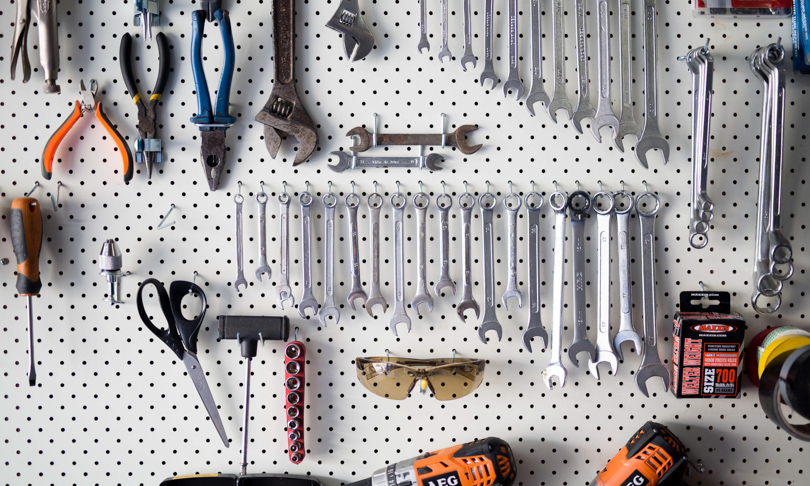 There are some perspectives you can only get from a distance.

For Daniels Langeberg, living in Shanghai for three years allowed him to see the incremental cultural shifts Adelaide has been experiencing.

Catch an EcoCaddy by hailing one next time you’re out on the streets of Adelaide, and keep an eye out for the business’ soon-to-be-released app which will allow you to request a pick-up and see how far away your rider is.

“I made the jump to go to Shanghai and then kept coming back to Adelaide, and I got to see [the city] change, which you don’t get to see if you’re living here, I think,” Daniels says.

During his time in Shanghai, Daniels’ work revolved around green city design, but it was while racing fixed gear bikes in China that he met Chris and Florence Trees, the designers and manufacturers of ‘Treecycle’: an electric-assisted pedal trike, constructed from steam pressed bamboo and aluminium, and which makes up EcoCaddy’s stylish fleet.

Chris and Florence’s design was created in response to a trend in China that saw the antiquated trike being slowly phased out, and a growing preference being given to cars.

Daniels’ decision to bring Treecycle to Adelaide, however, is a challenge to Australia’s already well-established motor-centric state of mind.

“I think Adelaide has the ability to be a carless city, it’s just really well planned. But here you have the bones of a carless city in one of the most car-dependent states in Australia. So it needs to change, but then how does that occur? There needs to be alternatives.”

The ecological attitude and highly aesthetic design isn’t the only radical aspect of EcoCaddy. Daniels claims they’re the first pedicab company in Australia to provide riders with a wage, rather than having them rely on commission, which he says leads to happier riders, and customers.

The wage system is propped up by the incorporation of advertising and sponsorship messages on the vehicles – an additional revenue stream that gives Daniels the cashflow to run his business differently.

“The culture is really important so that I can retain the riders. So that they can stay in their job and they want to stay here for longer, and that goes back to the [customer] side, in that they keep seeing the same faces,” Daniels says.

“One of the issues worldwide with pedicabs is the way they’ve been operated, in that these riders are just there for a quick buck, and selling it as a gimmick. For me, that’s a missed opportunity because you’re taking people on a really intimate platform. You see the proximity of the rider to the people in the back; there are no physical barriers.

With a $5pp flat fare within the CBD, or $10pp into North Adelaide, and a rigorously vetted team of locals ready to escort you, there’s probably no cheaper way to get to where you need to be, and learn more about Adelaide at the same time.

“Everyone’s overqualified,” Daniels laughs, “which is really cool. We’ve got three guys who are studying Masters of Architecture, Anthropology, Human Science major, another guy who does PR, really into social media and does radio for Radio Adelaide.

Although the pedicab business is traditionally seasonal, EcoCaddy will continue to roam the streets throughout the year, and the service is set to become more convenient with the release of an app in the next few weeks allowing passengers to hail a pedicab from their phone.

The EcoCaddy hail app will allow communication between passenger and rider, with information about the rider provided, and a map indicating the whereabouts of EcoCaddies around the city, and their proximity to the potential customer.

All of this, Daniels hopes, will lead to a service Adelaide will come to rely on, and that will help city users engage with their surroundings on a more personal level.

“I think we’re sort of getting there. My riders are cool people … we’re definitely on the right path and we’re ticking a few boxes. It’s still pretty early, but yeah, it’s all positive.”