The SA wine is now being drunk by Princesses in Thailand and at Halloween parties in Canada.

While news about Alpha Box & Dice has recently dwelt on the fire at the winery’s McLaren Vale property, the people behind the brand are busily getting on with running the business.

Alpha Box & Dice is increasingly available around the world, but it’s also still pouring right back home. For this interview, we had a glass of Tarot at The Wheatsheaf Hotel, and the winery’s cellar door is open throughout summer.

The McLaren Vale cellar door is once more fully operational, allowing the eyes of winery owner Dylan Fairweather and his brother Justin to refocus back beyond Australia’s borders – a marketplace Justin has been putting considerable effort into over the past year.

“I went to all of them – Dylan came to about three. It’s been everywhere from South East Asia to North Asia, to Europe and North America – so yeah, it’s been a really big spread.

As a result of Justin and Dylan’s considerable efforts, the wine now has distribution in Canada, Thailand, Denmark, Hong Kong, China, and is about to ship debut consignments into Norway and the United Kingdom. 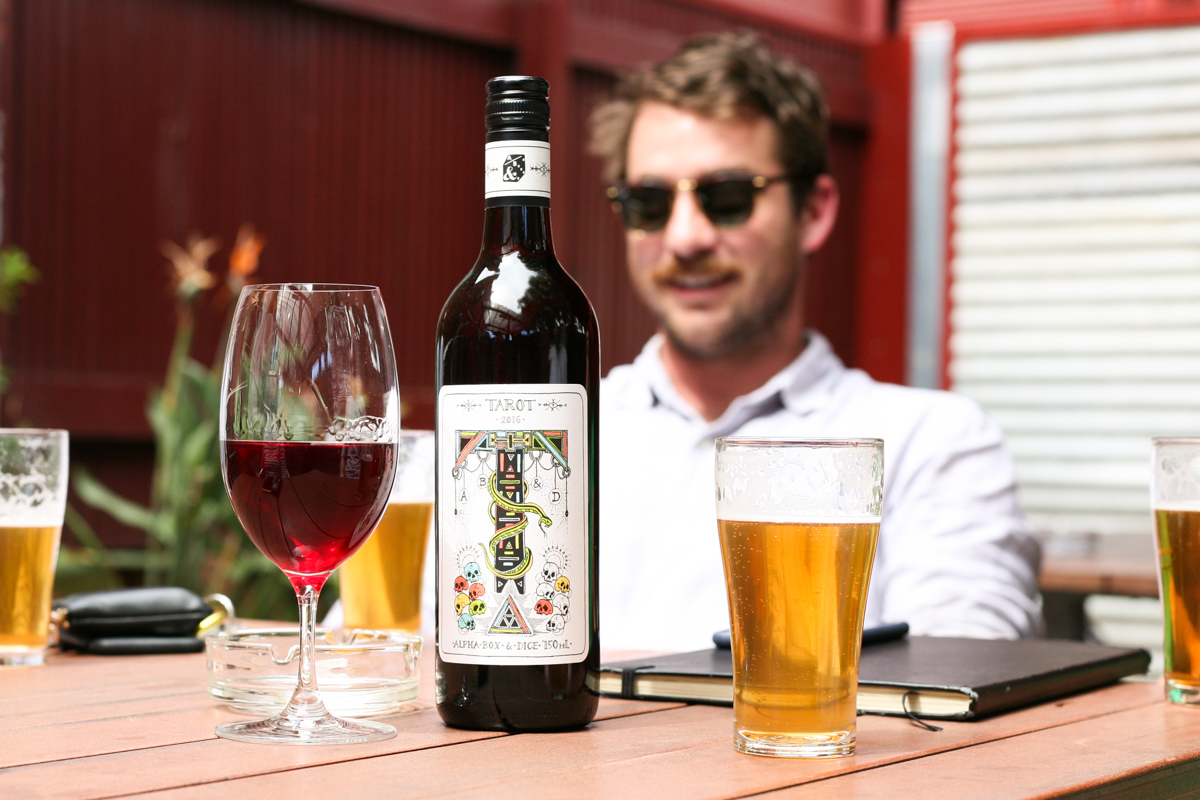 The spread is driven both by a sensible business decision to diversify the income streams of the business, and also by sheer demand.

“Through online and the website we get a lot of requests from people who have either been to the cellar down and have gone back to their home country or people that are from here and have moved away,” says Lachlan Aird, AB&D’s brand manager.

“With those multiple requests a week asking where can I find it in such and such country, it’s nice to say we’re working on it.”

But while entering the global market means rubbing their experimental, new-world wines up against a perception that Australian wines are all about big bold shirazes or drinkable chardonnays, the AB&D team are holding fast to their ethos.

“We’re pretty strict on the fact that we’re not making product for a particular market,” says Dylan, “we’re just making wine for ourselves, so we’re hoping that a whole lot of people around the world will like it.” 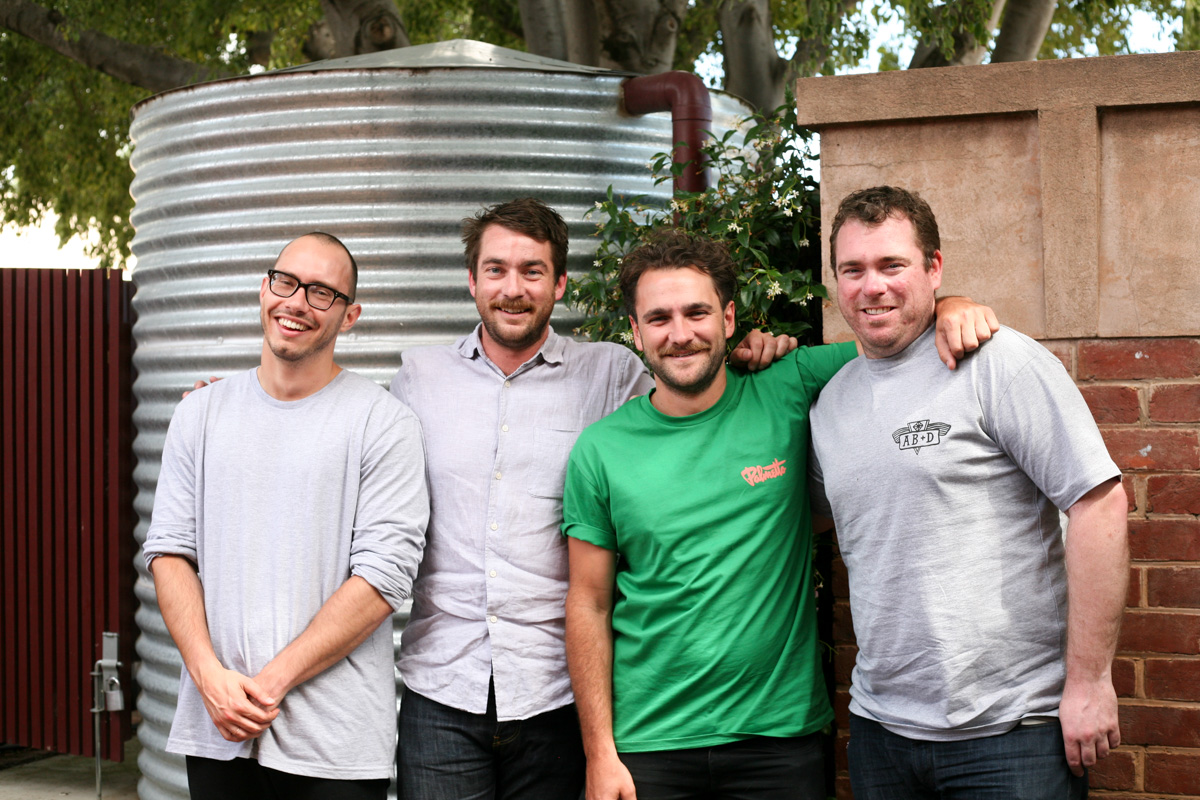 Attaining international cut-through with a product that doesn’t readily fit the understanding of those who control established market channels can be difficult, but Justin’s time spent abroad has fostered relationships strong enough to overcome the challenge.

And the seeds of many of those relationships were planted whilst working alongside State or Federal Government programs and trade delegations.

“There’s AusTrade at the Federal level but there’s state level help as well – so the Department of State Development trade missions – there was five we went on this year,” says Justin.

“Those programs are great because it means we’re presenting ourselves to people who we normally wouldn’t be able to get in front of.”

Justin has early some big early events planned for 2017 – including involvement with Australia Day tasting in London, Dublin and Edinburgh and the Vancouver International Wine Festival.

Energetic international activities like these will no doubt help AB&D push even further into the global market, and as the brand and others like it grow, so does the world’s understanding of what Australian wine in 2016 is actually about.

“We’re primarily up against Chile these days for a lot of the wines…,” says Dylan, “so we need to focus on quality and make sure that’s what the story of Australian wine is about – the quality of produce and place.”