It's rare for an Adelaide venue to be anticipated with as much fervour as Leigh Street's Pink Moon Saloon. It's even rarer for a venue to surpass expectations by a margin so large. From the design to the drinks to the level of distinctiveness, Pink Moon is even more than we'd hoped for. 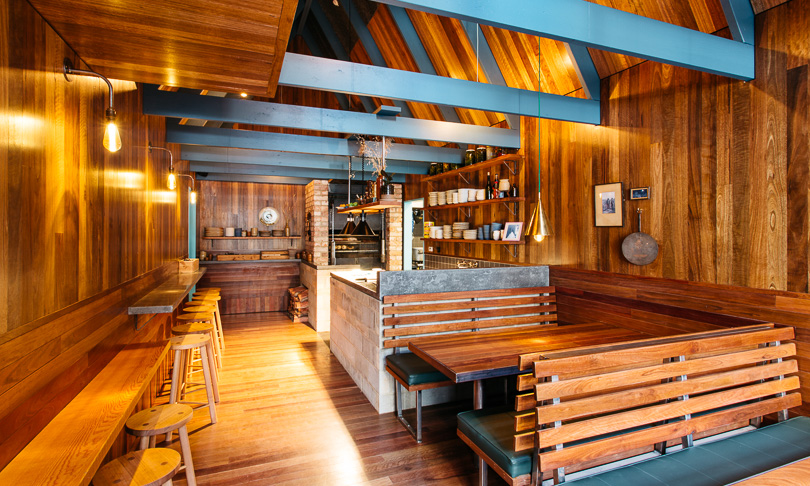 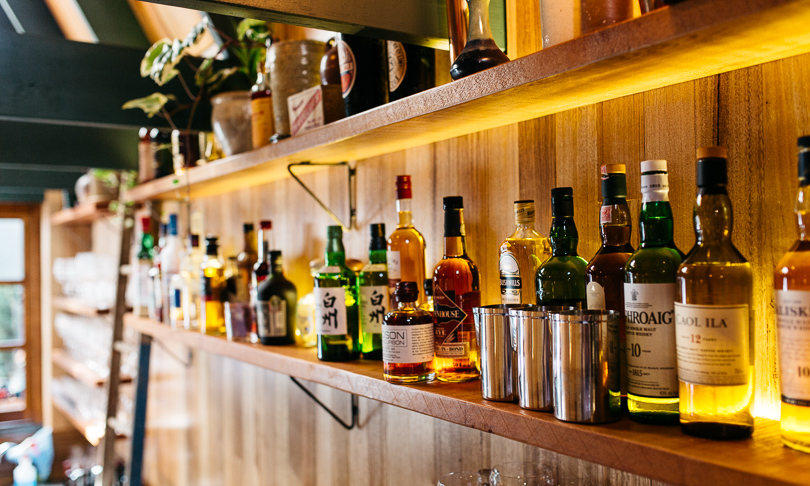 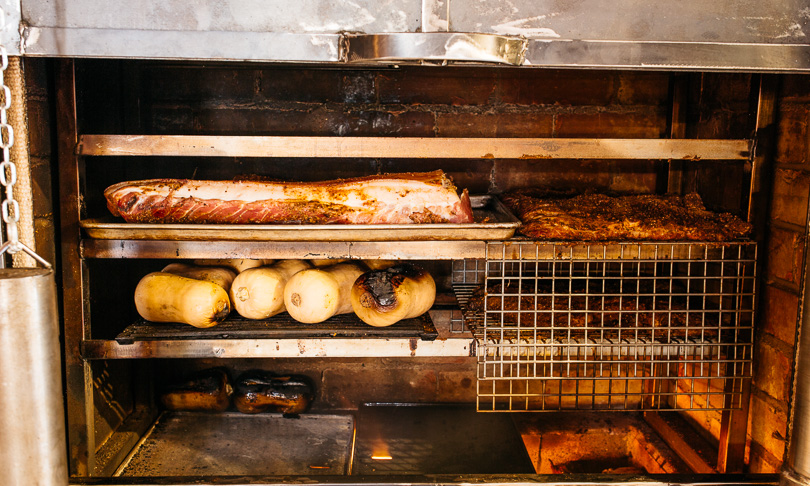 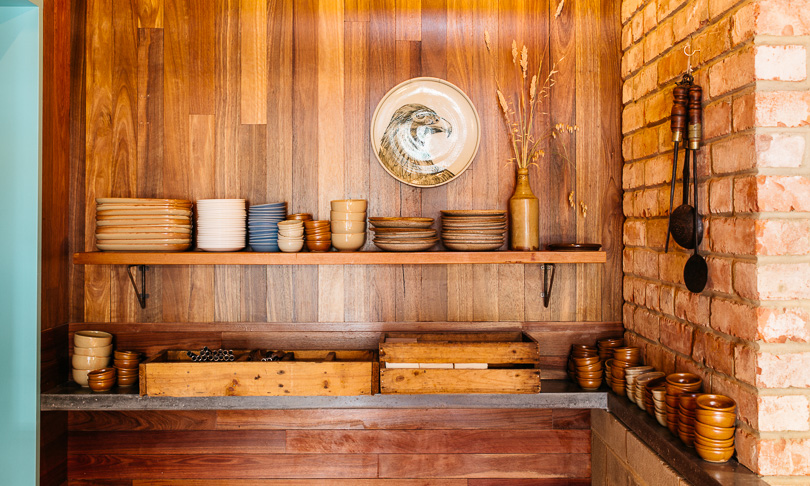 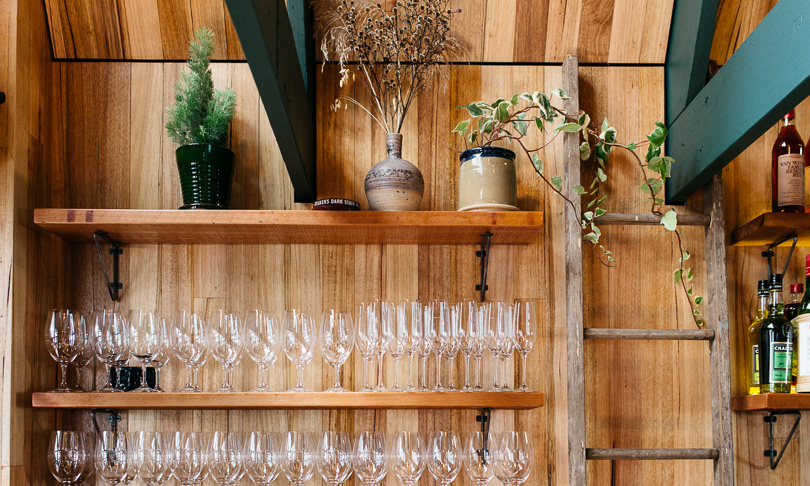 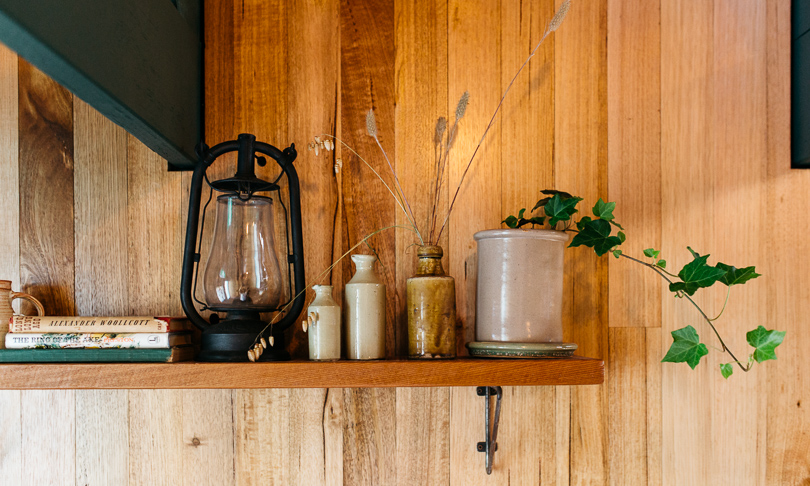 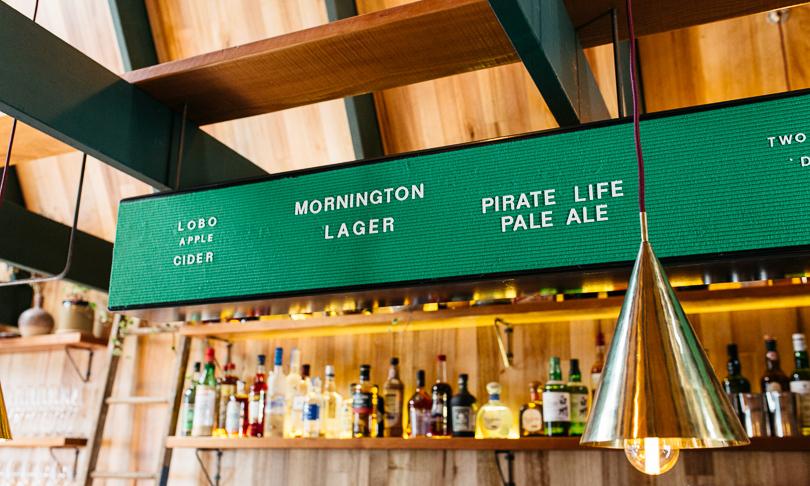 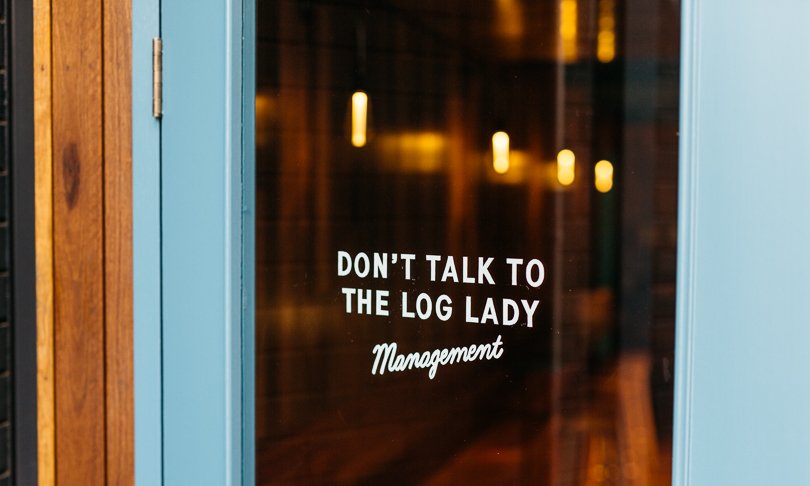 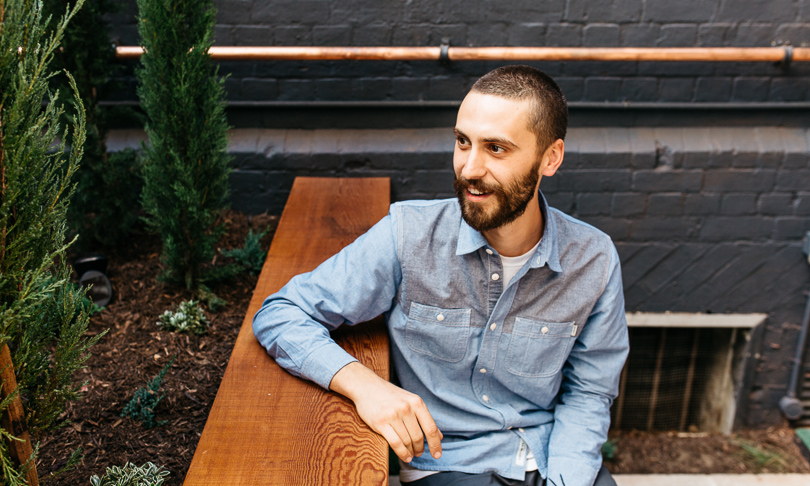 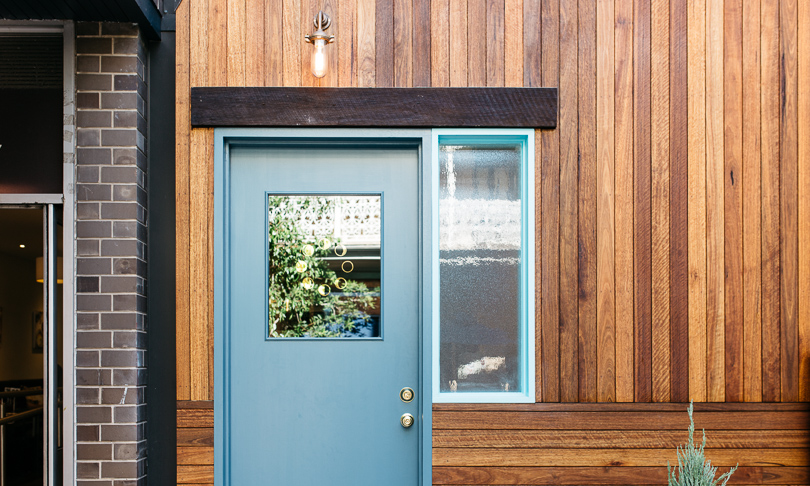 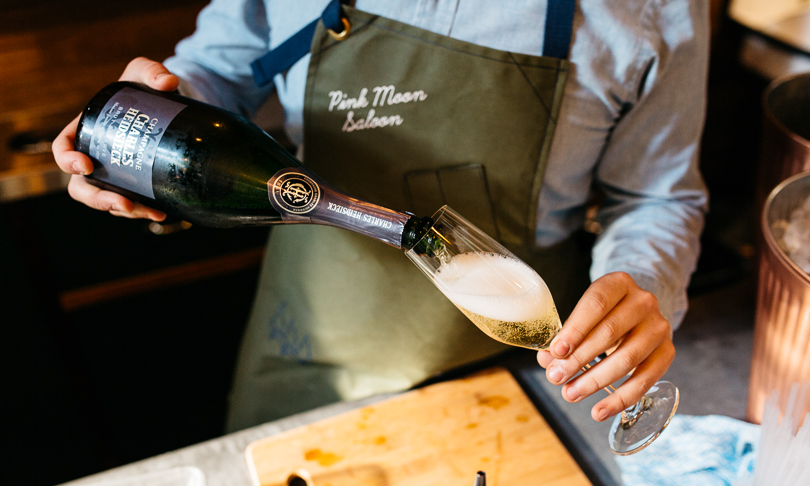 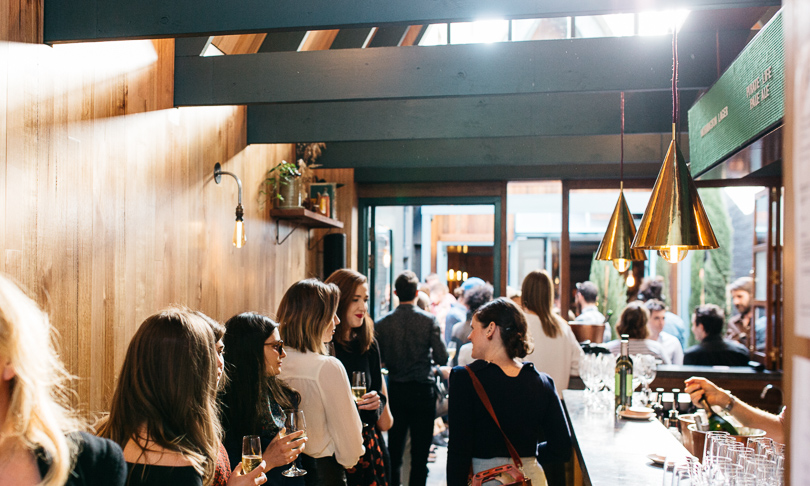 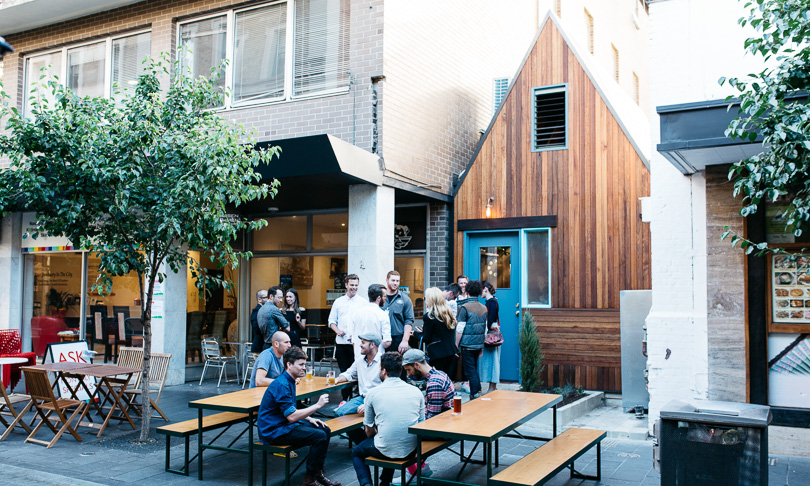 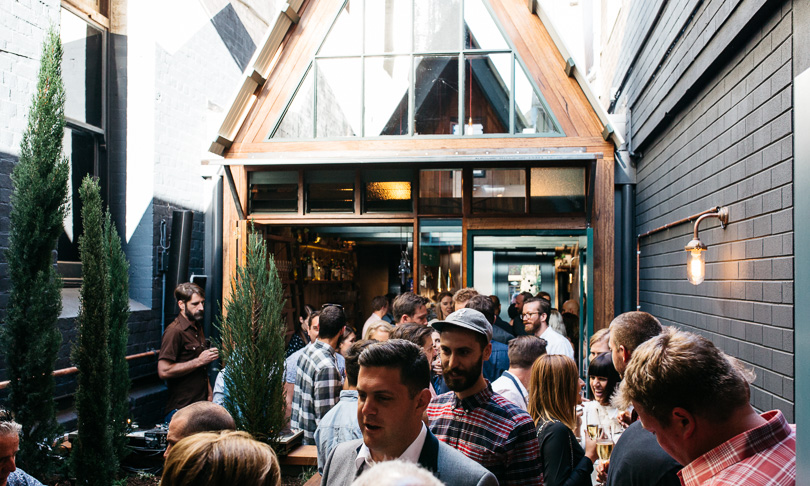 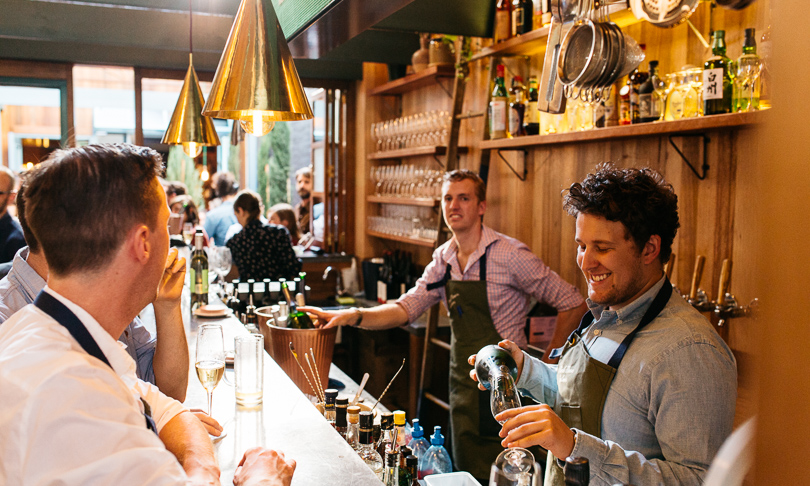 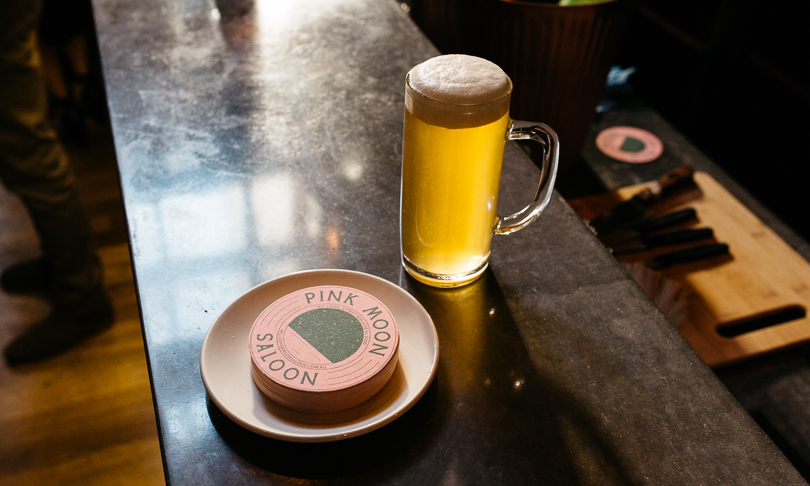 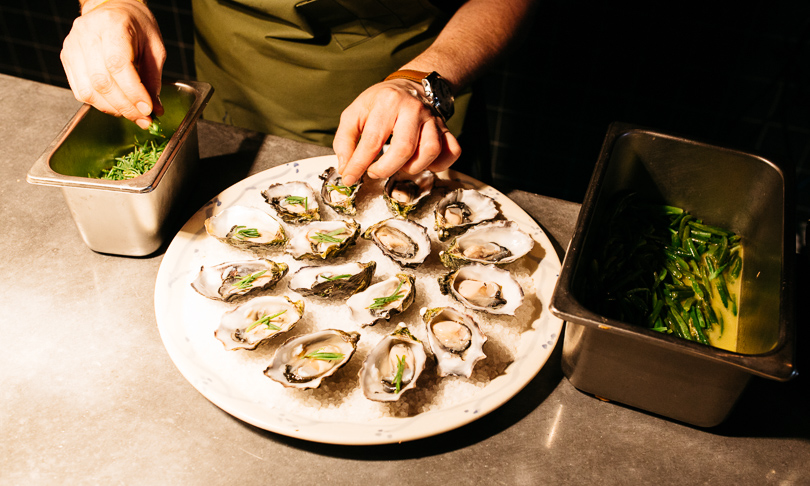 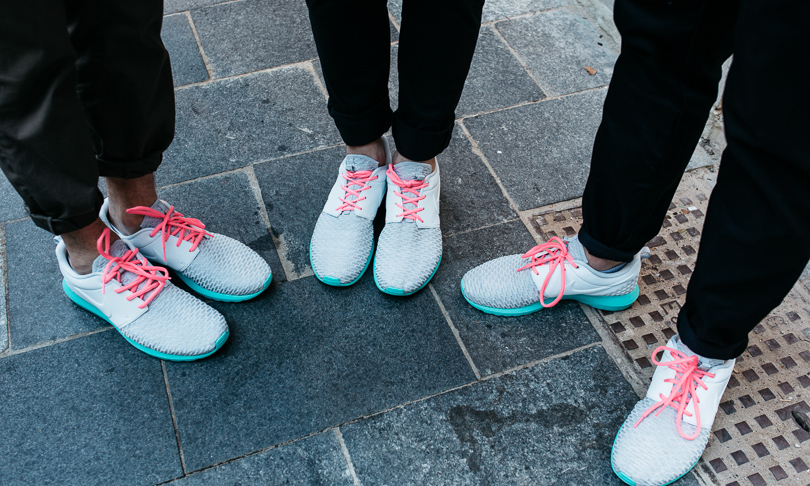 “There’s a tendency to try to put things in boxes,” says Marshall King – co-owner of new venue Pink Moon Saloon. “People want to know, are you a wine bar? Are you a cocktail bar? A whisky bar? But we’re none of those things exactly.”

All the key people involved in the development of Pink Moon Saloon have adorable matching Nikes. We’re jealous.

Visit Pink Moon Saloon at 21 Leigh Street, Adelaide. It’s open from 11.30am today (Wednesday, November 25). Regular opening hours will be weekdays from 11.30am until late and from 4pm – late Saturday.

That indefinability is central to what makes Pink Moon Saloon such a good addition to Adelaide’s small bar scene. With an absolutely unique aesthetic, tightly-curated bar list and strong dining menu, it is unlike anything the city has seen before.

Sans-Arc Studio designer Matiya Marovich’s innovative use of a difficult site introduces punters to a different style of experience as soon as they walk through the door. Located in a laneway-off-a-laneway (meta laneway?), Pink Moon’s home is a former service alley on Leigh Street that measures about 4m wide.

Working out how to use the site while at the same time incorporating the venue concept from owners Marshall, Dana Whyte, Crispian Fielke, Josh Baker and Matthew Standen was an evolving process.

“Originally, Dana in particular spoke about trying to imbue the feeling of going camping, that childhood nostalgia of cooking over fire and all those wonderful memories, into the place,” says Matiya.

“So that was the first thing – the idea of that nostalgia and the beauty of camping. And that evolved into a sort of cabin in the woods that could be an escape and ‘a quiet place to quench the thirst of the lonely traveller’ – that’s a Theroux quote’.”

“It’s quite a peaceful spot and sort of steps away from the street.”

Matiya has divided the space up using two log cabin structures – one at the front that houses the bar and one at the back incorporating the kitchen and dining area, with a courtyard and seating in between.

“I kept going back to those Japanese references – it’s a tiny narrow space, so you break it up in a linear fashion, put a courtyard in the middle for light and that creates different zones in the space too… a journey and experience as you move through. It was organic to get to that point, there were a lot of different ideas before that.”

Constructed from scratch with builder Eddie Bevan of Brojed Construction, who also worked with Matiya on Gondola Gondola, Pink Moon Saloon’s two cabins also utilise height to make the most of the available space.

“The pitch is really massive – like a chapel, but the height is critical to give volume and make you feel comfortable,” says Matiya.

Another longtime collaborator of Matiya’s – graphic designer Carlo Jensen of Peculiar Familia – is also on board with the project and his choice of props, crockery, cutlery and design details mesh with Matiya’s material palette and custom-furniture to effectively evoke a log cabin without straying into the realm of clichés.

“We wanted to introduce narrative and add quirkiness and uniqueness without it being stereotypical,” says Matiya.

“As far as colour and materials, that was the best challenge. When you build a log cabin normally – everything is kind of gathered, you strip the site around you of trees and build the cabin with those trees.

“So it’s all Australian wood – seconds, which is basically stuff they’ve deemed not good enough for residential because it has black streaking in it. And I always go to the Nepali-Indian colour palettes because I think they’re really beautiful.”

Matiya and Carlo have worked closely alongside the five owners, with design ideas and thoughts on how to run the food and drink offering evolving at pace with the site.

A tiny but functional kitchen with a wood oven was built in consultation with co-owner and head chef Matthew Standen, and, unlike in many small bar venues, Pink Moon’s food is equally as important as its drinks.

Serving all day from 11.30am, the kitchen will be turning out slow cooked meats and vegetables, pickled and smoked goods and serving them in a simple style. The menu of ploughman’s plates, snacks, sandwiches, salads and daily wood-fired specials is designed to be “snappy – in and out in about 40 minutes – so you can get back to work”, says Marshall.

The bar is equally straightforward.

‘The way I designed it is that 80 per cent of what people are ever going to order is on the bar menu,” says Marshall. “So you’ve got your house cocktails, beer, kegs and wine by the glass. Then if you want to have a chat about whisky or look at bottles of wine that’s a separate thing, so it doesn’t get complicated.”

Honestly – there’s nothing not to like, and a lot to love. We’ll see you at the bar (once the crowds clear).