CityMag spoke with four Hindley Street businesses – covering burgers, brunch, booze and books – to understand how local owners are coping under the weight of Omicron and recently reimposed restrictions. In short: they’re not.

However, the postcode 5000’s galaxy of business – particularly retail and hospitality – are languishing in density restrictions and work from home orders.

CityMag is taking the temperature of the city in January to see how the CBD is faring amid Omicron restrictions.
Read our East End check up here.

The rise in vacancies was most pronounced on Hindley Street: a place that was, three years ago, the beating heart of the city’s weekend nightlife. Crammed with nightclubs, small bars and restaurants, it was Adelaide’s one-stop-shop for a night out.

In the six months to the end of September, Hindley Street recorded the largest increase in the vacancy rate compared to the other metropolitan South Australian high streets. It ballooned to 17.3 per cent from 13.8 per cent.

CityMag’s own recent investigation into the state of the local music ecosystem revealed workers are worried about the future of the industry and their colleague’s mental health.

So concerned is City of Adelaide Lord Mayor Sandy Verschoor about the state of the city, she told us in a statement she’d called for a special council meeting next week for elected members to discuss further measures to help businesses weather this latest COVID storm.

We’ll be diving into some of the cities most high-traffic areas to take the temperature on how 2022 has begun, and we wanted to start with the area suffering the most – the West End.

Just weeks after the highly anticipated burger joint 99 Gang Social opened, the business was forced to reduce its capacity down to 25 per cent. When co-owner Nina Hadinata received this news, she burst into tears.

“I feel like we didn’t get a chance to get legs,” the hospitality polymath tells CityMag.

“The biggest thing for us is that we don’t get any government support because we are that new.”

The Hindley Street restaurant – formerly home to nightclub Oscar and Big Window – opened on 9 December with a fully stocked bar, DJ booth and desire to serve American-inspired burgers to postcode 5000 visitors and workers.

Nina and her partner Morgen Wynn – who also run the Gang Gang food truck and Parkside all-day deli – spent $250,000 on the Divide-designed tropical fit-out, which smacks of Miami and hot-night aesthetics.

It was therefore a financial imperative to swing open 99 Gang Social’s doors and welcome in as many customers as possible. 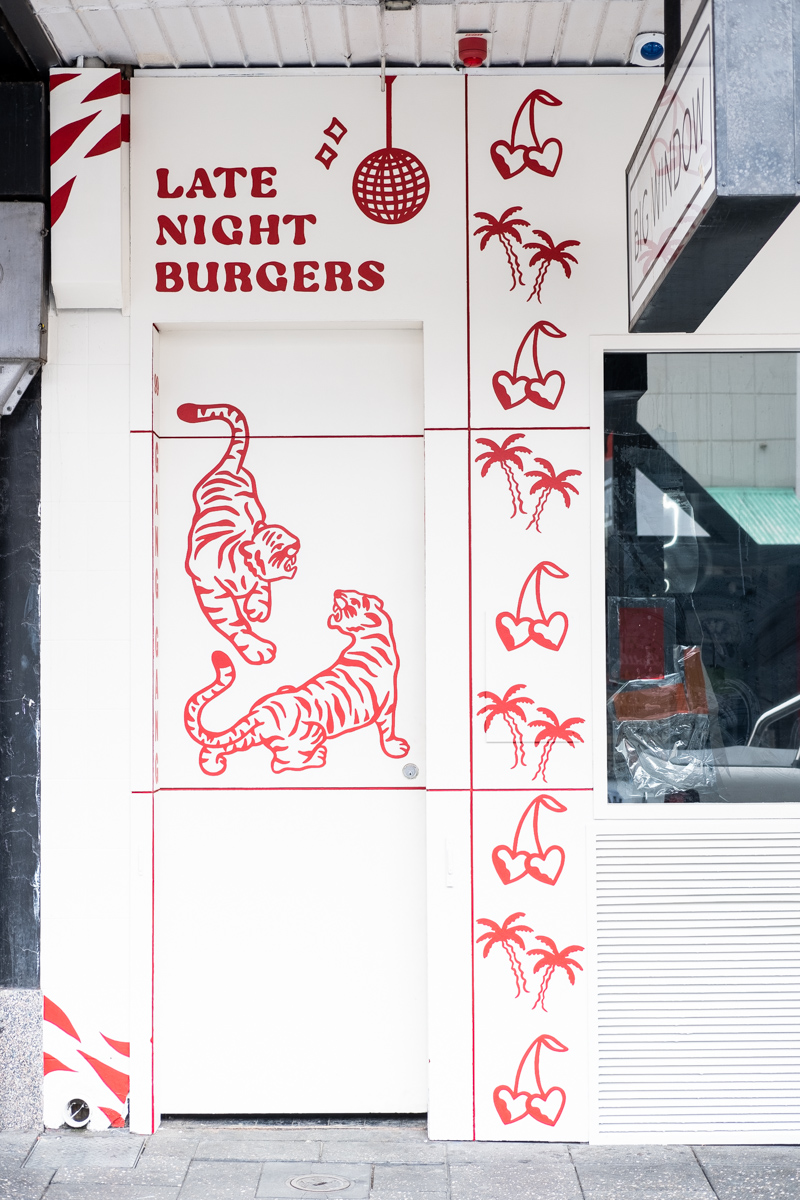 The most consequential restrictions for the hospitality and events industries – which are still in effect now – include indoor density limits of one person per four square metres at cafés and restaurants (except, for some reason, gaming rooms at pubs, which are at one per two square metres), and a ban on venues holding private functions or facilitating dancing.

Stand-up consumption of booze and food is banned indoors at public venues, while singing is only allowed for indoor punters if they – not performers – wear masks.

These restrictions immediately changed things for 99 Gang Social. “That was really hard,” Nina says of the time. But the worst was yet to come.

The hardest thing is to know where to draw the line and say, ‘Hey, that’s not on’ or ‘You can’t do that if you want to stay in a job.’
—Nina Hadinata

On New Year’s Eve, the whole 99 Gang Social floor staff – including Nina and Morgen – had contracted COVID-19. They were forced into isolation.

Now, on the cusp of release, they’re concerned about the environment they’re walking into. The team rostered on to work over the last week have now been deemed close contacts, meaning they can’t work.

“The hardest thing is to know where to draw the line and say, ‘Hey, that’s not on’ or ‘You can’t do that if you want to stay in a job.’”

He tells CityMag leading up to Christmas, the eatery – which offers classic brunch fare, plus coffee and cocktails – was experiencing one of its busiest trading periods since the start of the pandemic. Jack believes the Test cricket at Adelaide Oval and interstate tourists boosted numbers.

It could easily be $100,000 lost. Huge amounts of money. Massive.
—Jack Nelligan

But this was short-lived. The venue was forced to close between Christmas and 6 January due to a staff member testing positive. Since Peter Rabbit reopened, Jack says the boozy brunch spot has experienced 40 per cent less trade due to restrictions and the decrease in foot traffic.

“Closing for 10 days over that Christmas or New Year’s period probably cost us, just in that period alone, probably around $60,000 in revenue,” Jack says.

“Plus loss of events and functions, it could easily be $100,000 lost. Huge amounts of money. Massive.”

Despite Peter Rabbit’s enormous financial setback – which has been somewhat alleviated by the business receiving a $4000 State Government business support grant – Jack maintains a sunny disposition, saying only “a couple of staff” have been affected by the virus.

But he does believe if people continue to work from home, and the nearby North Terrace Royal Adelaide Hospital continues its own internal lockdown, with restrictions on guests visiting patients, the West End will continue to be quiet.

When asked how the business is faring under COVID-19 restrictions and the recommended month-long work-from-home order for office workers, he laughs sarcastically for a long time before answering.

“The street is very, very quiet,” he says over the phone from within the institutional retail store.

“We’re in a really fortunate position that we don’t deal in perishables.

“My heart breaks for the café owners and everybody else around the neighbourhood. That’s just been devastated since they opened the borders. Letting it rip has had the opposite effect.”

It’s hard losing our friends in the neighbourhood, you know?
—Jason Lake

Jason says it’s too early to calculate the cost of Omicron on Imprints, but he can feel the effects of the work-from-home recommendation and the temporary closure of eateries and cafés. All these things have a flow-on effect on this precinct’s micro-economy.

He and Katherine made the decision early last year to only open Monday to Saturday instead of Monday to Sunday for fear sales could be sluggish.

Once the State Government announced borders would open to interstate travellers on 23 November 2021, Imprints once again revised their operating hours, opening 10am to 5pm.

“There’s almost no point being open because all the cafés are closed,” Jason explains.

Speaking more broadly, Jason says he’s felt a shift in the spirit of Adelaide and how South Australians spend their money.

When the virus first hit in early 2020 there was a “real push” to support local businesses. Now, fatigue and fear have taken its place. Jason believes the answer could be better governance and positive messaging – that people should not be scared of coming to the city.

“I would like to see the city council do something positive. I don’t know what that is,” he says.

“It’s time for a bit of leadership, and whether that comes from state, federal, or local governments. We just need a bit of positivity out there.

“It’s a hard world to be a business in. Right now, we’re okay, but it’s hard losing our friends in the neighbourhood, you know?”

On 26 December 2021, the trading capacity of his bricks-and-mortar eatery was slashed. Reimposed restrictions meant the business could only accommodate 22 patrons at a time, down from 55. This is his current reality.

The other tenants Chet shares the multi-storey Hindley Street building with – Rocket Rooftop and Electric Circus – have temporarily shut their doors due to the dancing and stand-up booze ban.

This means Chet has lost a lot of loyal regulars and the flow-on effects of the building’s local nightlife ecosystem.

He says right now, the business is “just scraping through.”

People are scared of the city. It’s been declared a giant hotspot. But everywhere is a hotspot. The city has been tarnished.
—Chet O’Brien-Tilbrook 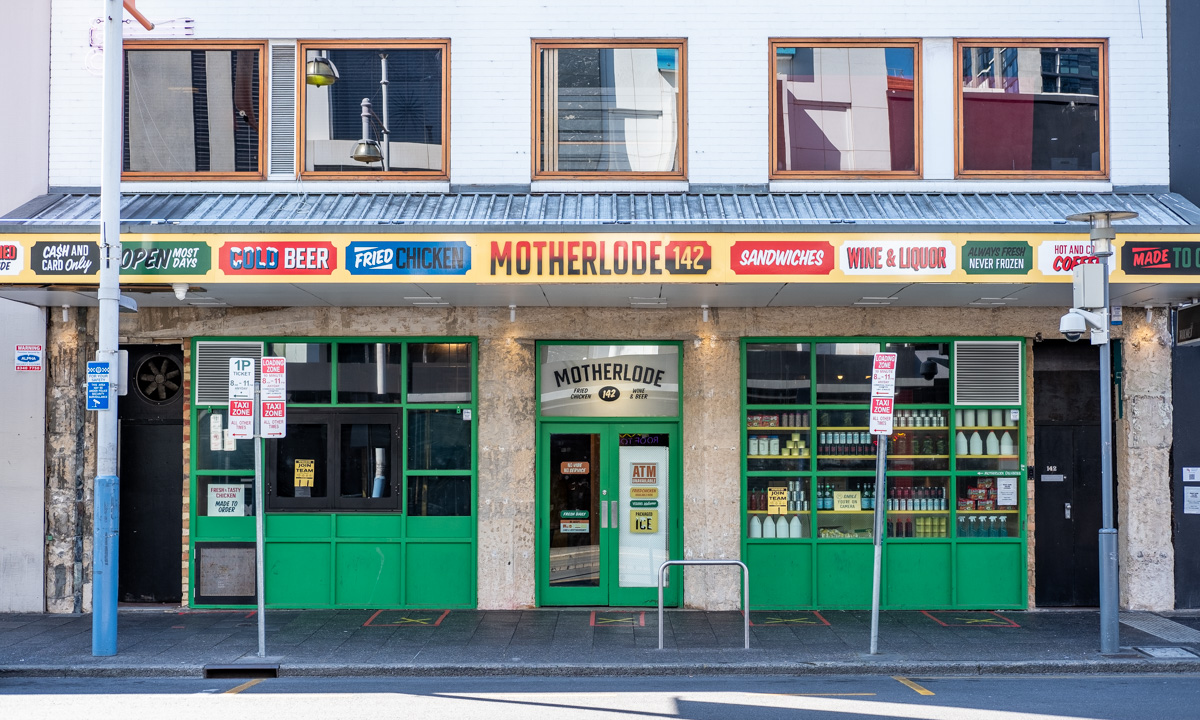 Chet opened Motherlode Nuggeteria in early October last year, but says the venue’s momentum stalled under the weight of surging coronavirus infections in the latter part of the year.

“We were on a really good trajectory with being busy,” he says.

Motherlode Nuggeteria launched a delivery option three weeks ago, with Chet saying the option has been popular and is gaining speed every day. Many among his clientele have told him they’re in isolation and can’t wait to come back and support the business face-to-face, but are left biding their time.

Chet believes removing the work-from-home recommendation will help the West End attract visitors and friendly faces, and allay fears of those worried about visiting the city and indoor restaurants in particular.

“This work from home thing is frustrating, because obviously we still get a lot of business from offices around nearby. And because everyone’s kind of working from home, no one’s in the city,” he explains.

“People are scared of the city. It’s been declared a giant hotspot. But everywhere is a hotspot. The city has been tarnished.

“There’s no real reason to go into the city. Especially Hindley Street on a Saturday night.”