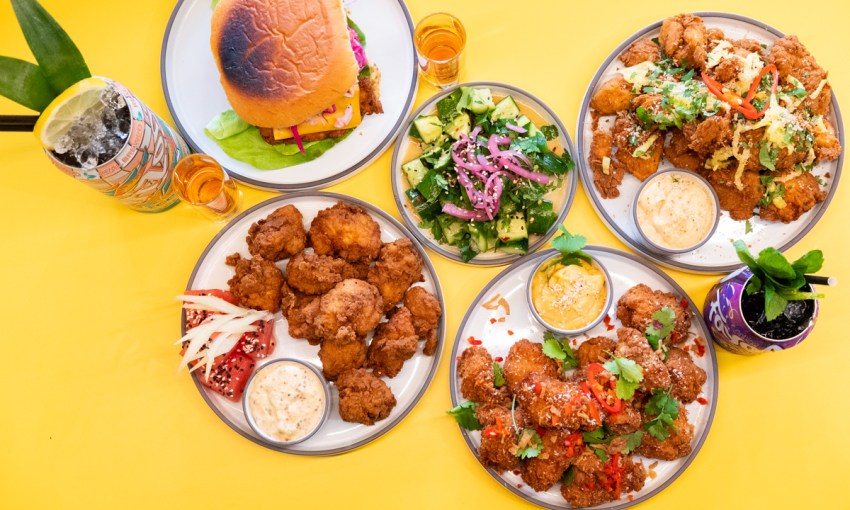 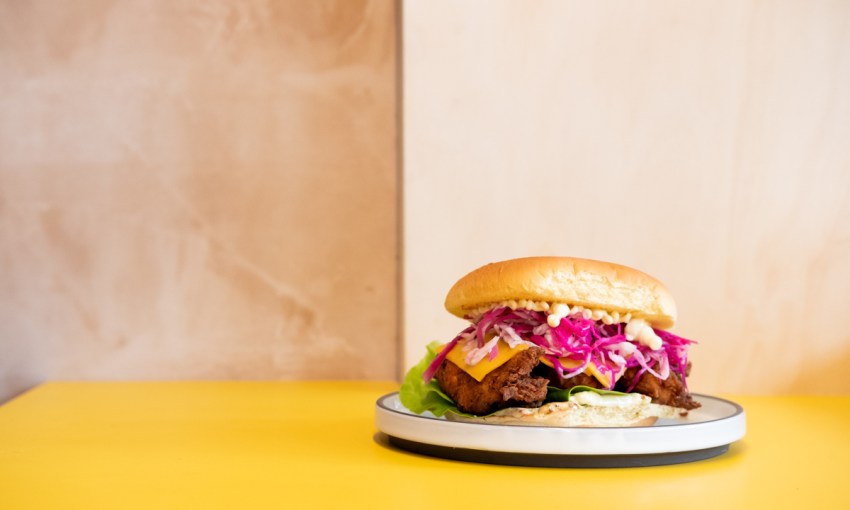 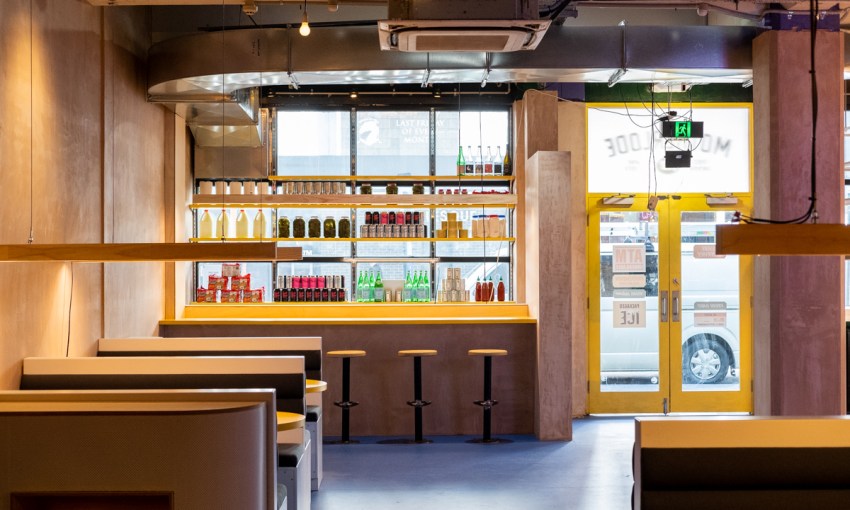 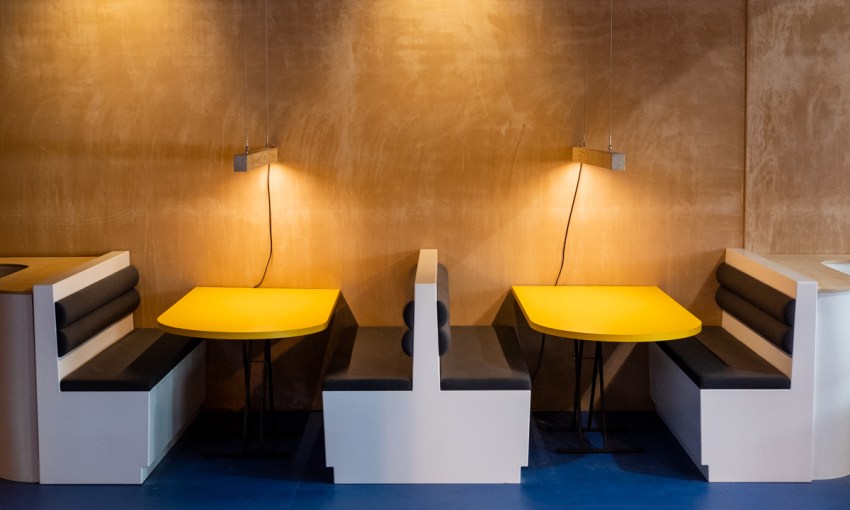 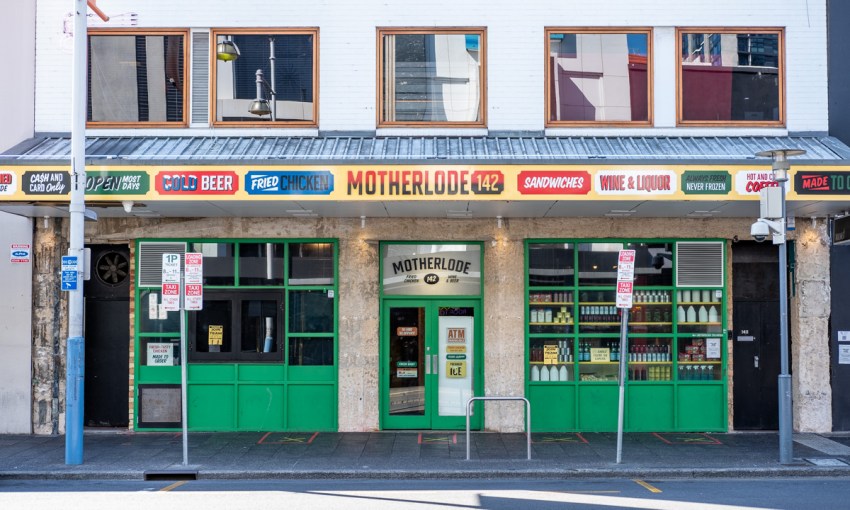 It’s an odd feeling to approach 142 Hindley Street and not see the familiar timber framing of the faux Video Mart rental store frontage.

The assemblage of movie posters and dummy VHS cases has been a feature of the Crippen Place collection of venues (named for the alleyway at the back of the building) for much of the last decade – a small distraction for punters waiting in line to get into Rocket, Mr Kim’s or (at one time) Limbo.

It was strange, too, for Chet O’Brien-Tilbrook, to tear down the window display and allow light into the ground floor space that formerly operated as Mr Kim’s.

“When we took the panels down and the light started to come through, it was so weird,” he laughs.

“And people coming in as well, who knew of Mr Kim’s just as Mr Kim’s, seeing it with all the light were like, ‘Where are we?’ It was really cool.” 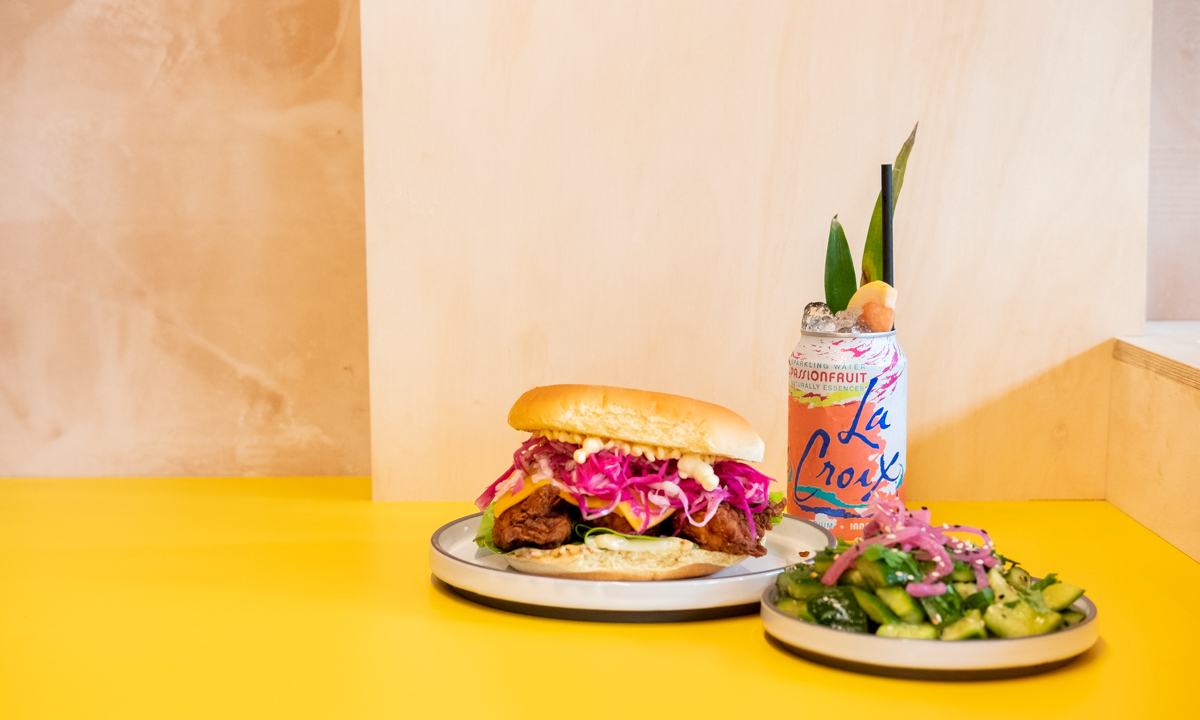 Motherlode is a concept Chet has been playing with since the early 2010s. He’s been affiliated with the Crippen collective since he started DJing in the building in 2011, eventually working at Rocket Bar as a staff member from 2015 to 2017.

During his tenure, Rocket Bar had a steady flow of functions coming in, and so he and chef Mikey Volpato designed a menu for the space. A theme quickly developed.

“It really started to focus on chicken nuggets, because also my Instagram page, Meryl Creep, was kicking off and that was focussing on nugget memes,” Chet says.

“We ended up coming up with this whole concept of a nugget restaurant, and really tried to push that.”

The duo went so far as to apply for a lease, which they narrowly missed out on. Looking back, Chet is thankful for the extra time he’s had to develop the idea.

Chet eventually founded Motherlode without Mikey and first started slinging nuggets during Fringe 2018, from a pop-up at RCC. His bet was that Motherlode would first intrigue festivalgoers through a hit of nugget nostalgia, and then win them over with his attention to finer details.

“Everyone has eaten chicken nuggets before, when they were five or 15 or 25, and it’s just a nostalgic dish,” Chet says.

“If you can present that to somebody in a different way, they obviously have that nostalgic feel, but it’s relevant to them at that age.

“Before this, you’d say to someone ‘chicken nuggets’ and they’d just think frozen, processed chicken, deep-fried and then served to you with a basic sauce. But I wanted to literally go through the whole steps – the marinating, the coating, the flavours, the garnishes, all of that. I just really wanted to explore it as much as I could.” 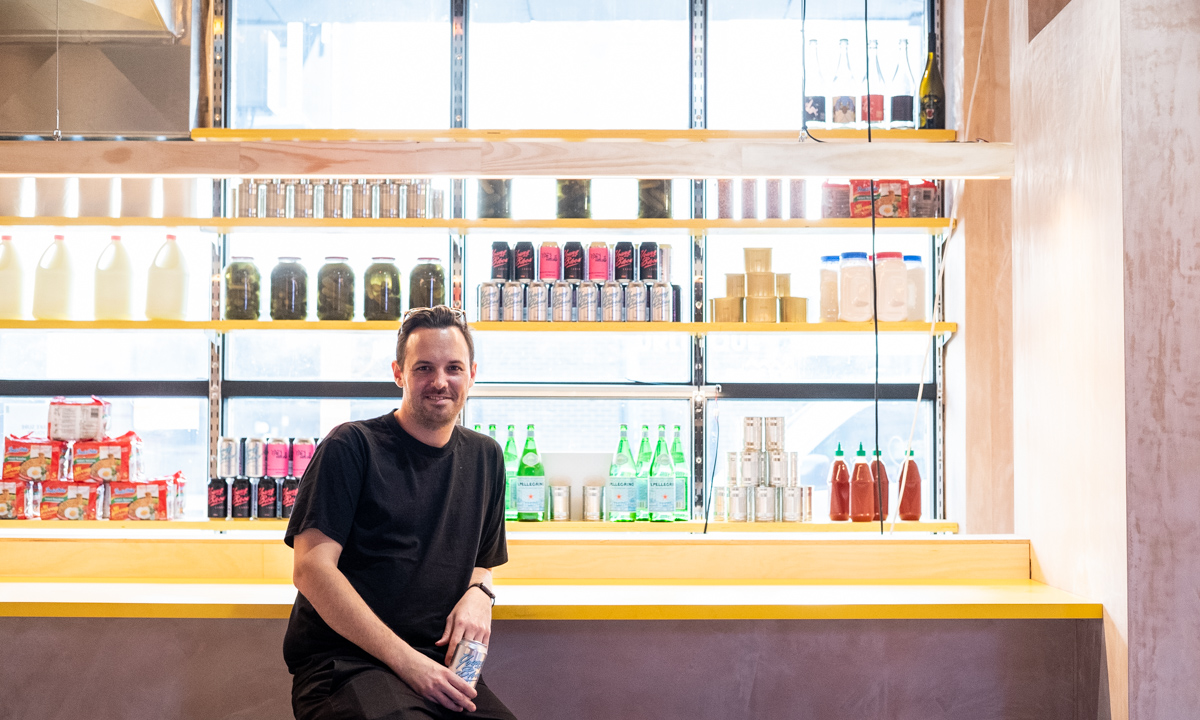 At each pop-up, Chet honed Motherlode’s offering, figuring out which dishes resonated most strongly (laksa is an all-time crowd favourite). The ultimate aim was to open a bricks-and-mortar store.

In 2019, Chet partnered with Paul Glen (founder of Electric Circus, Mr Kim’s, Limbo and Rocket) to bring about this first shopfront.

Originally, the idea was to place Motherlode on the rooftop of 134 Hindley Street, a property Paul had acquired in 2019 and where he hoped to launch a new nightclub.

With the dawning of the pandemic came a shifting of priorities, and the duo decided instead to launch Motherlode at the old Mr Kim’s spot and move the nightclub to the new tenancy (which launches this week).

After a 12-month COVID-affected build, the inaugural Motherlode Nuggeteria shopfront will be ready to launch by mid-October. 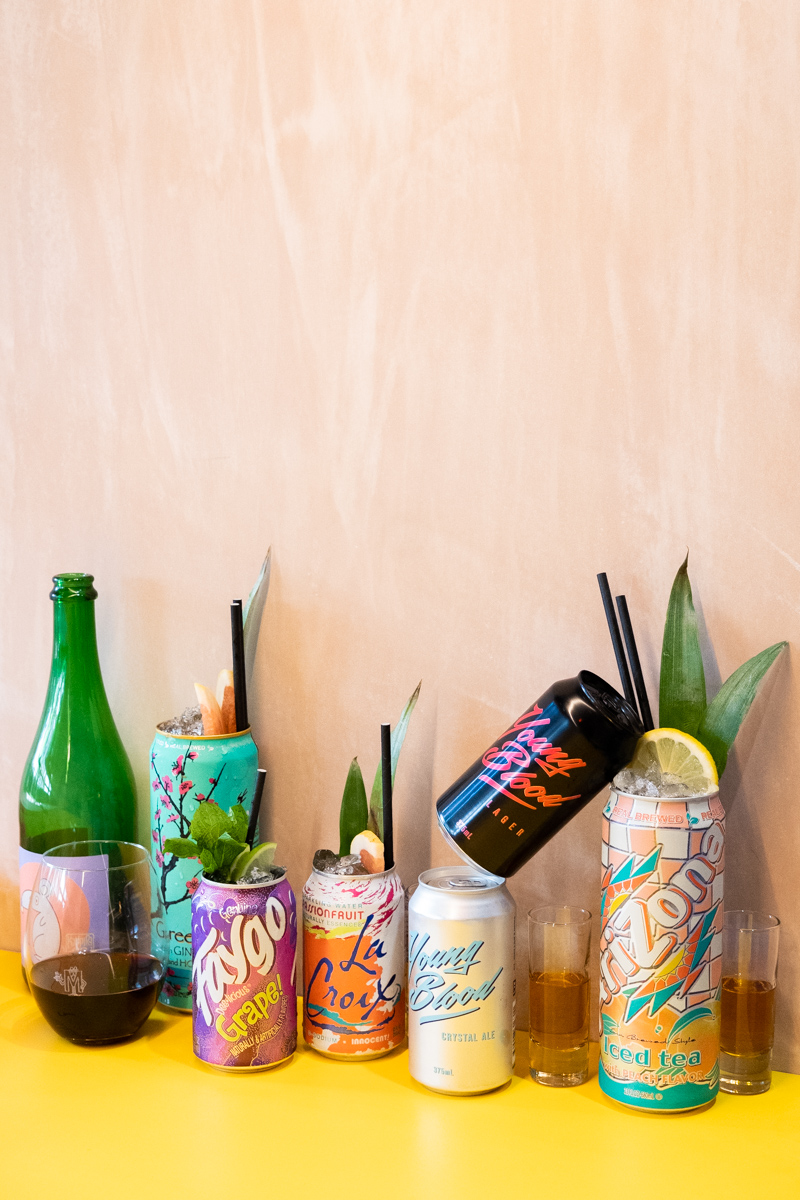 Plenty of booze on offer

The space has a Bodega-inspired façade with artwork by Tristan Kerr, and will serve the Hindley Street lunchtime crowd through the front window. Diners can also take a seat inside if they’ve got time to hang around.

The daytime menu will feature fried chicken sandwiches on a sourdough ciabatta roll, as well as six varieties of fried chicken (and a couple of fried not-chicken options), salads and sides. There will be coffee on pour, supplied by Mischief Brew, and juices and sodas from Squatters Collective.

At night, the menu will remain much the same, with sandwiches instead made on a potato roll bun, and with a heavier focus on the booze offering, which includes beer, cocktails, and wines from a monthly rotating featured winemaker.

In addition to the Squatters Collective sodas, there will also be some non-alcoholic beer, wine and cocktails on offer.

Motherlode Nuggeteria will operate from midday through ‘til late from Wednesday through Friday and 5pm ‘til late on Saturdays.

Any diners keen hanging around later on weekends will be able to access the new Limbo Bar, which occupies a small corner of the ground floor tenancy that can be found beside the Motherlode kitchen. 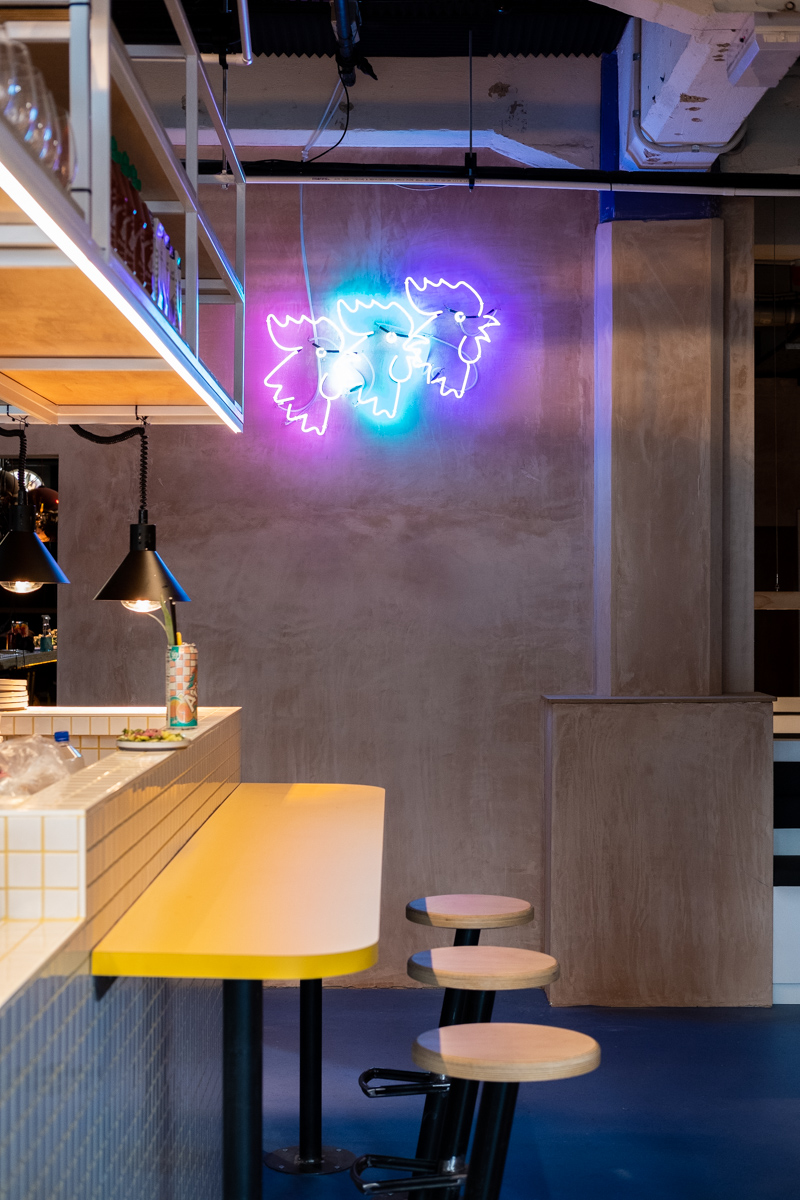 Limbo is on the other side of this wall

There are some final touches to be applied to the space before launch on 9 October – not to mention the hiring of staff – but Chet is excited for Motherlode to contribute to the regeneration of this familiar section of Hindley Street.

“I still really like this section of Hindley Street; from a few hundred metres up all the way to West Terrace is really nice,” he says.

“There’s just the perfect demographic of uni crowd, some office crowd, and at nighttime you’ve got the small bars nearby, Peel Street, Leigh Street, Bank Street, all of that. It’s a really nice area. I love it.”

Stay up to date with Motherlode Nuggeteria’s opening by connecting with the business on Facebook and Instagram. 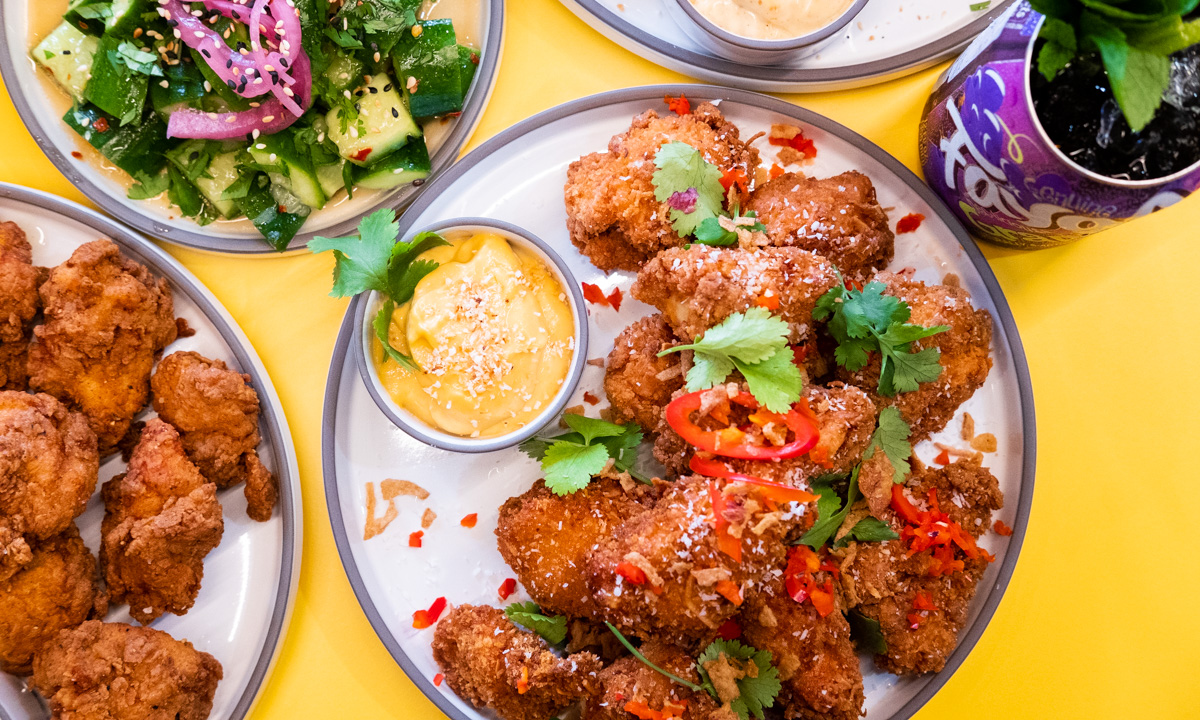