The team at Gang Gang are moving into the city, opening their second bricks-and-mortar restaurant, called 99 Gang Social, at the former Big Window space on Hindley Street. 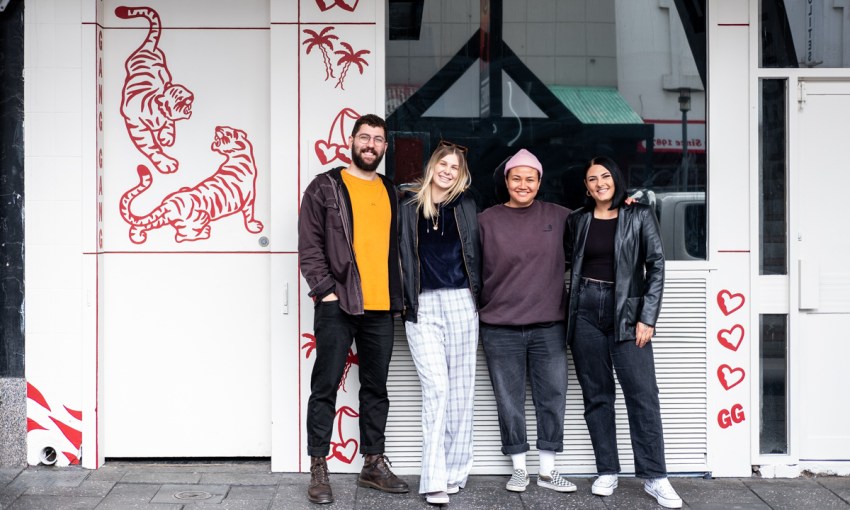 She DJed here both when it was Oscar and Big Window – the latter being the final business to occupy the space before COVID made nightclubs a difficult business proposition.

Months ago, Morgen’s partner, Nina Hadinata, toured through this space looking for somewhere new to extend their hospitality business, Gang Gang. Morgen was sceptical at first.

“Then Nina’s like, ‘No, honestly. We had a look at the space, you need to come look.’ And we came in and we actually saw the potential – the style of it, the brickwork. It just fit.”

In November this year, Morgen and Nina will launch their second bricks-and-mortar restaurant at the space – 99 Gang Social.

The new venture is a “matured” version of their Parkside diner, with a lineup of seven burgers, including two fully plant-based options. Only one burger on the menu will have been on a Gang Gang menu previously.

“I’m really excited. And I’ve been testing it, and I’m really proud of this menu. It slaps,” Nina says.

“I’ve been missing the States a lot lately, and so I’ve been drawing from a lot of burgers or meals that I’ve missed from over there. So things like your dirty diner burger, to a chicken sandwich kind of vibe.”

There will also be a range of share plates on offer to supplement the burger offering.

While Gang Gang’s Parkside frontage leans into its more casual surroundings, Morgen and Nina knew coming into the CBD would mean elevating the experience. They’ve worked with Divide on the fitout (as well as the 99 Gang Social sub-brand), which draws on tropical influences.

“We’ve been working with the guys from Divide, over many, many meetings, and now we’re all feeling very, very happy in where it’s landed,” Nina says.

“Originally, we wanted to do a diner, but the more and more we looked at it, it seemed sterile. So we were like, ‘How do we get it to feel warm and a little bit more tropical – more us?’”

What they landed on was “Tropical Havana club vibes,” says Matt Harrison (formerly Alfred’s and Malt & Juniper), who has come on board to run the bar and program the drinks offering.

The cocktails will similarly have “tropics vibes,” he says. “Stuff that pairs well with burgers.

“A lot of bartenders turn their nose up to the Blue Curacao and all of those colour, old blended drinks, but I think there’s a charm to them and they’re fun. But then also have a premium offering as well. We’re going to have fun.

“We’ll do a decent wine list, a few tap beers. Local beers will rotate through. But yeah, stuff that really pairs well with all the food.” 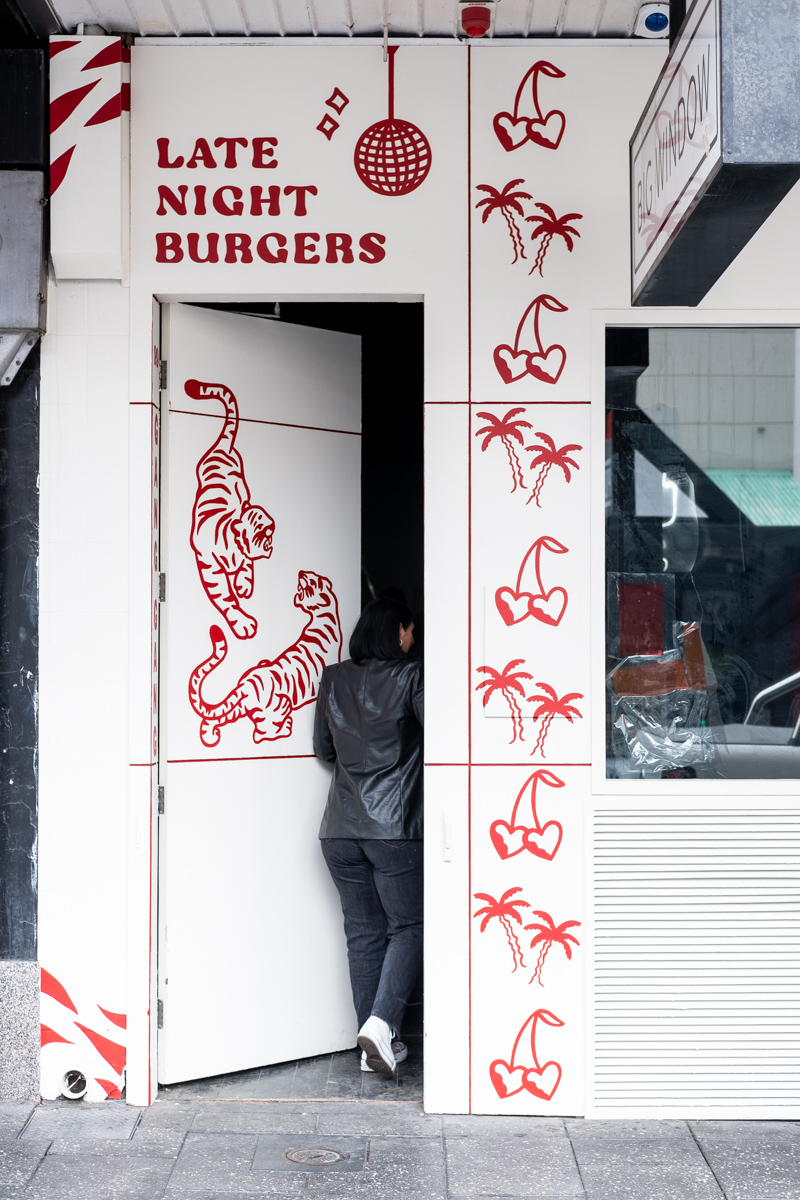 Morgen and Nina have also brought front-of-house gun Elisha Guglielmucci onto the project, who has been part of the Gang Gang team since moving back to Adelaide from Melbourne post-COVID, where she worked at the likes of Nobu and Chin Chin.

“I’d known her since I started DJing back in the day… so [she’s an] old friend,” Morgen says.

“She helped us run Gluttony this year, and we all worked really well together.”

“She just got us,” Nina adds, “and so she’s a good extension of how we would want the dining experience to be.”

“With the outside area, it’ll be a nice place to sit and drink a bottle of wine, have some snacks with friends,” says Elisha.

Entering the venue, the kitchen is located on the right, with a booth at ground level and additional seating on the platform at the back of the space (what was once Big Window’s dance floor).

There will be a floating DJ booth installed above the stairs leading down into the prep kitchen, with spinners drafted in to create a “diner-friendly” atmosphere that isn’t simply relying on a Spotify playlist, Morgen says.

“And then when it hits that eleven o’clock kind of vibe, lift it up,” she says.

Much of the seating will be removable, so once the kitchen closes at around 11pm, the space can host after-dinner kick-ons.

“From then onwards it’s keeping the crowd here to get boozy and have fun. We want the place to be full and enjoyable as much as possible,” Morgen says.

The 99 Gang Social tenancy also includes a space upstairs, which the team aims to turn into a bar and function space later in the new year.

For the meantime, their collective efforts are going into getting the ground-level restaurant ready in time to launch sometime in November.

“I’m very excited. It’s going to be a fun project. I’m really excited to see where it goes,” Morgen says.

“I could be saying that now, and then November comes. But it’s the first time I feel super excited about everything, and everything’s kind of fallen into place.”

99 Gang Social is located at 99 Hindley Street and, when open, will operate from 5pm ‘til late Wednesday to Sunday.