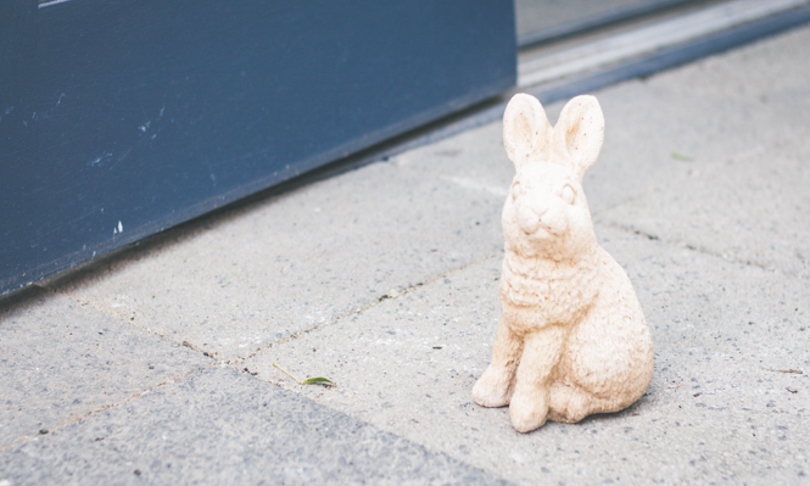 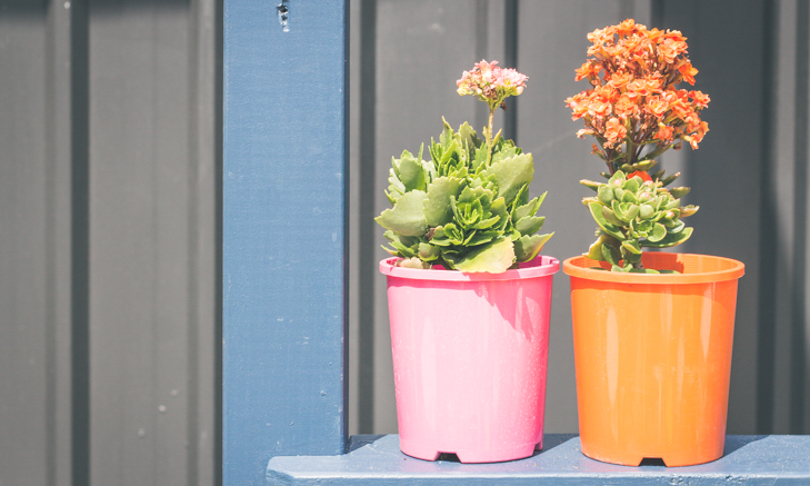 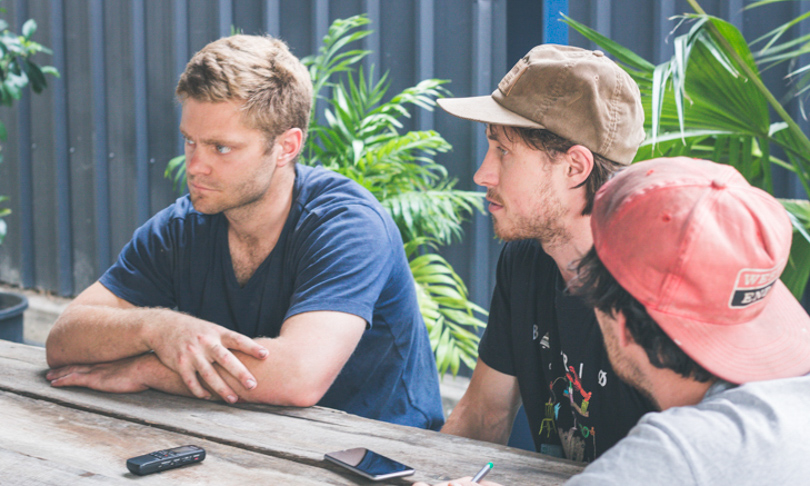 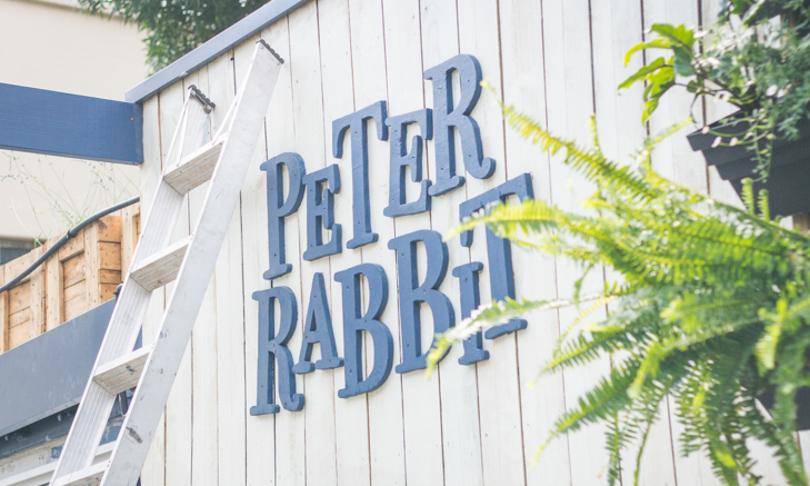 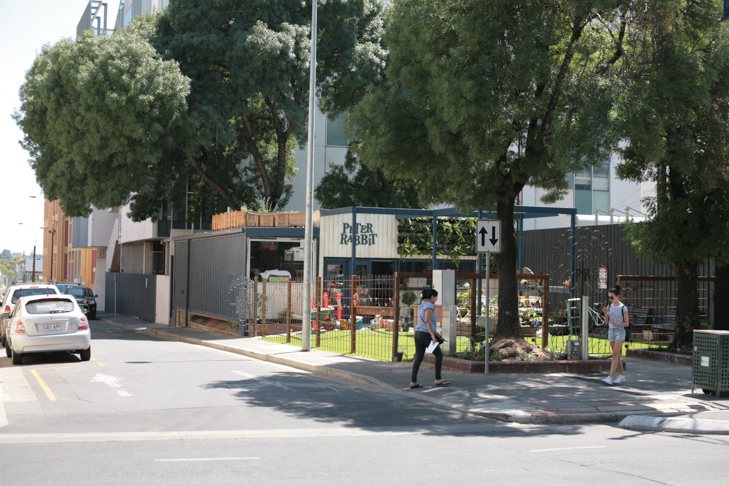 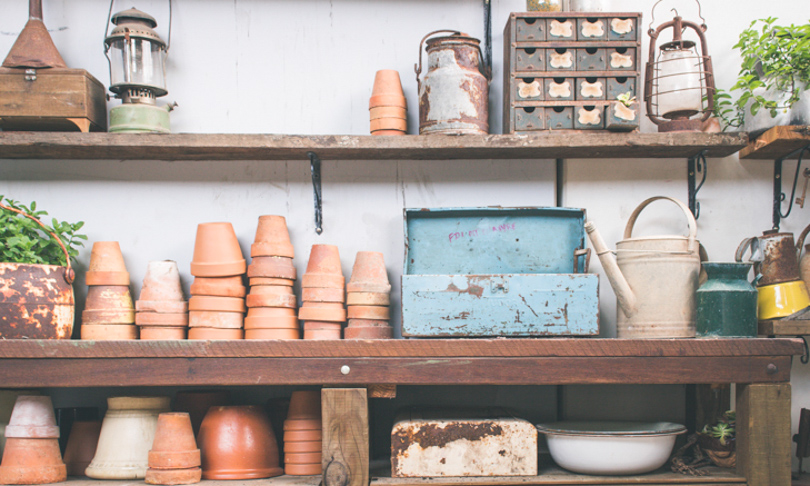 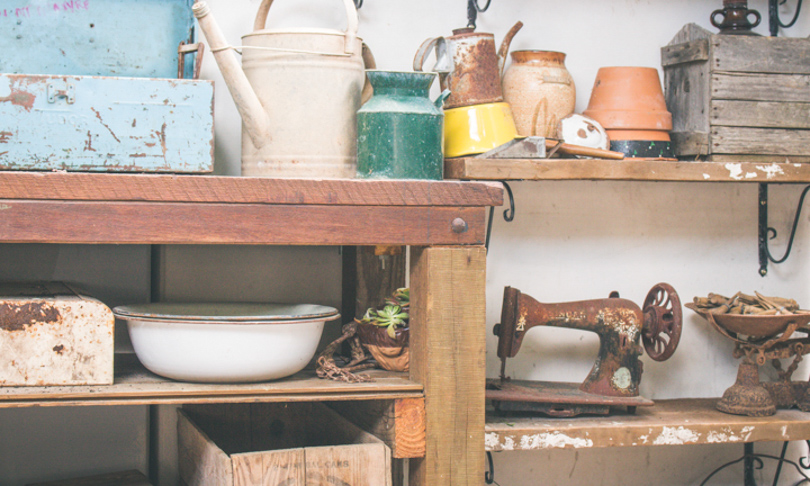 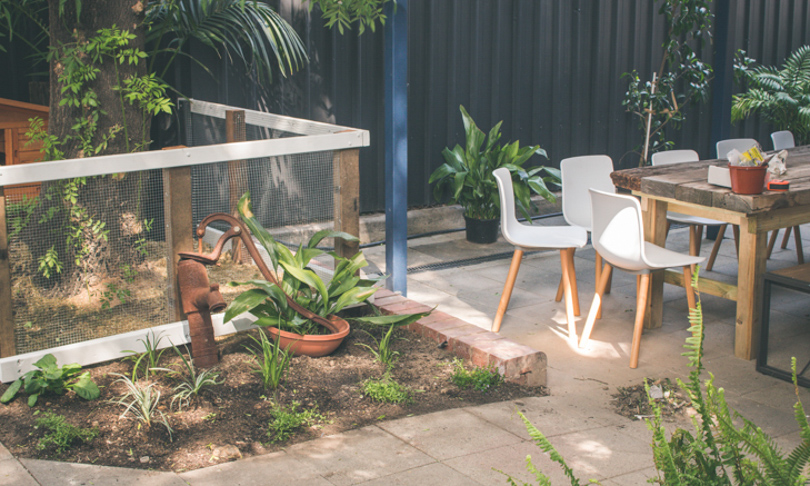 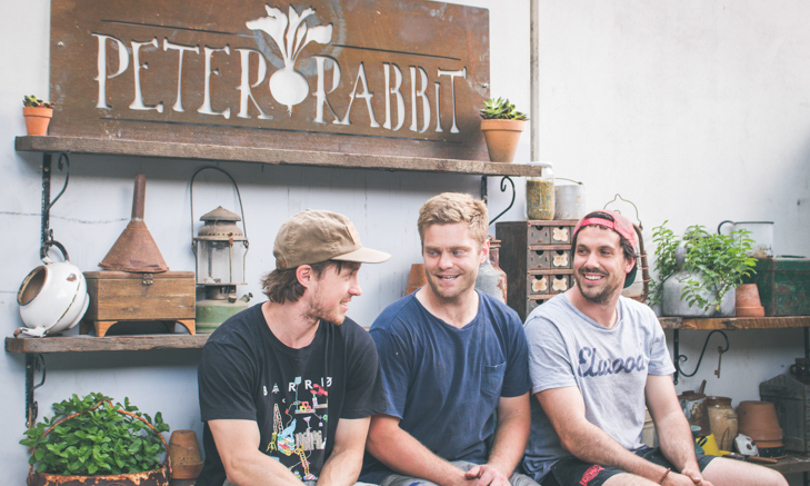 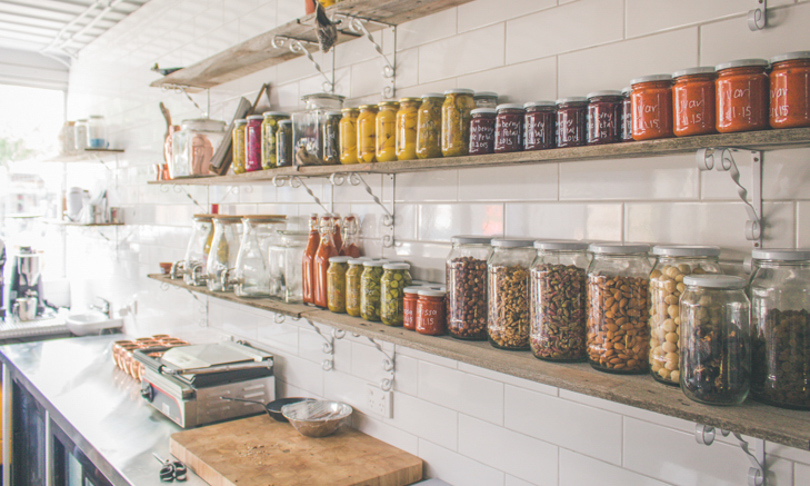 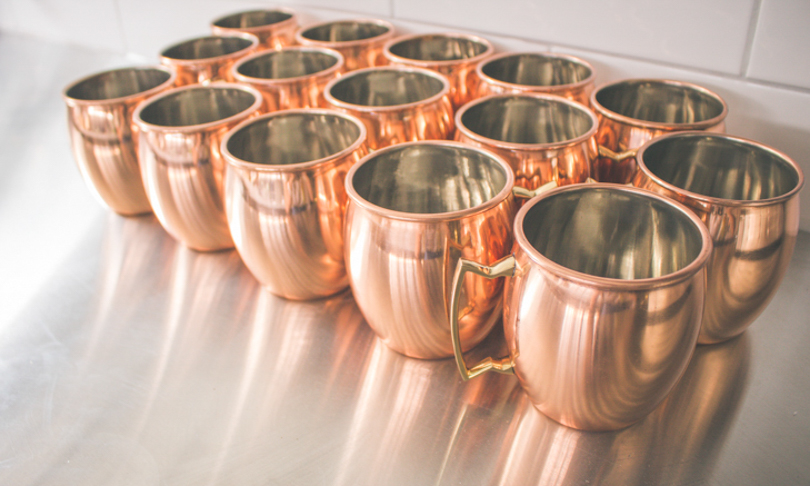 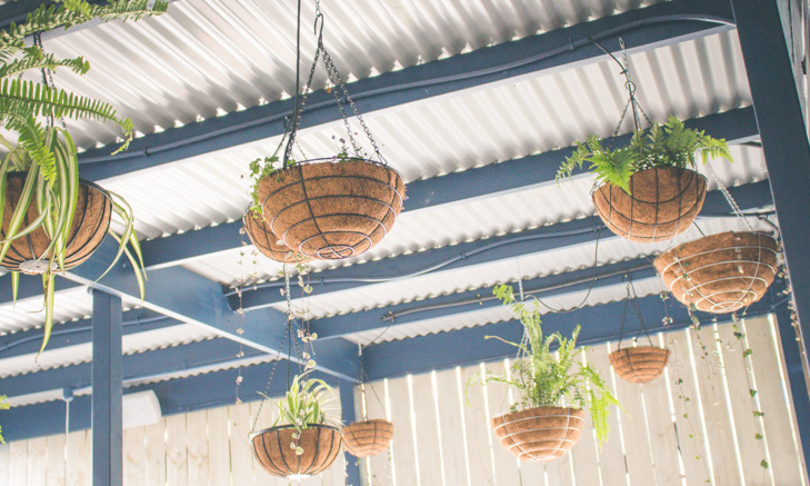 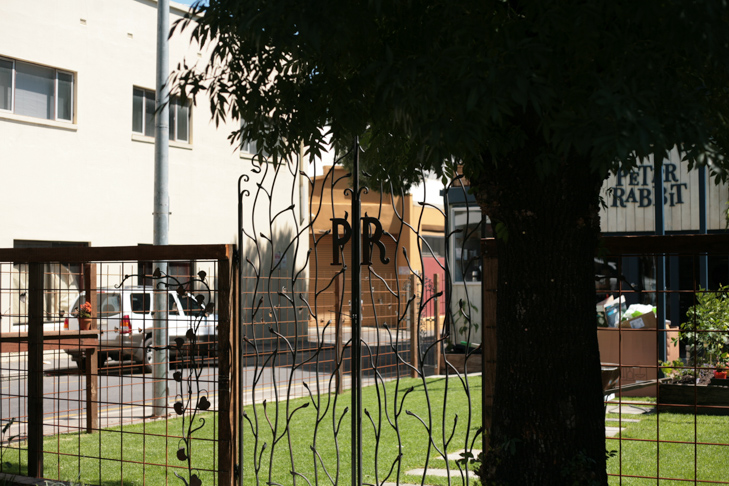 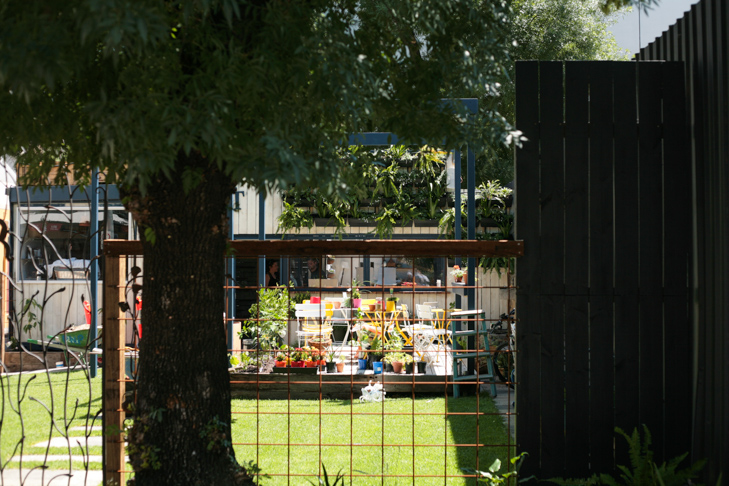 Spearheaded by Jack Nelligan, James McIntyre and Dan Morton, the newest venue on Hindley Street has a slightly different backstory to most.

Peter Rabbit opens to the public on Tuesday, November 24.

It will be open Monday – Thursday from 7.30am – 3.30pm and on Fridays from 7.30am – 10pm, with the occasional Sunday event likely to pop up as well. Find it at the corner of Hindley Street and Liverpool Street, Adelaide.

Rather than being the result of a desire to open something with mates and run a business based on their own ideas (though both those things are true), the café and bar is also borne from an understanding of what Adelaide needs from a town planning perspective.

“We understand the direction the Council want to take with the city,” says James – who has completed a town planning degree.

“The idea was originally to just get some grass in here to make it more inviting. I know there’s uni students down here with no grass – so people would love it if we put some grass in. It’s evolved from there.”

It most definitely has. Situated on the corner slice of land at the intersection of Liverpool and Hindley Streets, Peter Rabbit occupies space that was formerly a concrete-heavy and badly-maintained attempt at a public park.

It was a challenging site to take on, especially because it is owned by SA Power Networks – who also own the electrical substation immediately next door. The former tenant of the land was the Adelaide City Council, and convincing SA Power Networks that something different should be done with the site involved allaying a lot of concerns.

But James, Jack and Dan persisted and were eventually offered a commercial lease on the site, which they immediately began transforming.

“These guys [Jack and James] couldn’t swing a hammer before we started here, but they’re pretty good now,” says Dan – who works in residential building and is a plumber by trade.

As a result of a steep learning curve for Jack and James – including James teaching himself to use CAD so he could design the venue – and a lot of sweat from all three, Peter Rabbit now has a bar, kitchen and bathrooms built-in to a shipping container, a healthy amount of lawn, a decked seating area, a swooping pergola and a roomy rabbit hutch that will soon house a rescued rabbit.

Operating mostly with a focus on daytime trade, the coffee and food offering at Peter Rabbit have been as much of a focus as the conversion of the site.

“The barista we are bringing on full time, he’s managing the coffee – his family actually roasts the coffee as well. So he roasts the beans and then brings them here and makes all the coffee. They’re called 1645, just a little family business out in Newton, they’re not too big, but they make great coffee,” says Dan.

The food fits in with the garden theme of the venue, and is being sold in a ready-to-go format to suit the student and business population of the area.

“We’ll be doing breakfast and lunch,” says Jack, who will be running the kitchen. “For breakfast we’re doing a selection of granolas, mueslis, house-scented yoghurts, fruit salads, compotes and then pastries, cakes, muffins and croissants with different fillings.

“Lunch is basically a big selection of salads with different forms of proteins like baked salmon and turkey meatballs so you can sort of mix and match.”

“And all our herbs are grown on the roof of the shipping container,” adds Dan.

Operating under a small bar license, the guys will also be serving a strong array of mostly local booze with Big Shed Brewing beers on tap, Adelaide Hills wines ready to pour and local or national spirits on hand, which should be a good time – particularly because having a wine with a rabbit sounds pretty great.