A new look at The London Tavern

After closing for an 11-week refurb, The London Tavern is open for lunch again, with a refreshed fit out and brand new bar and kitchen offering.

Much of the hype around Adelaide’s evolving eating and drinking scene has focussed on the brand new – a freshly fit out bar in a bin alley / abandoned pontoon / old pub.

But just as important in our city’s evolution are the businesses agile enough to respond to New Adelaide as it emerges and present a refreshed and revitalised offering to fit. Such is the story of the London Tavern.

The North Terrace venue has long reigned in the CBD’s late-night club scene, and while it has always traded during daylight hours as a pub, the London Tavern has repositioned its daytime offering with a new fit out and reconsidered menu.

The room is significantly brighter and feels more spacious that its previous iteration, courtesy of the design from James Schueler of Hand Cut Design, which sees the introduction of three integrated but individually designated spaces: casual dining, bar, and a slightly more formal dining area.

The ceiling has been lifted, allowing light into the venue “for the first time in 20 years,” says general manager, Peter Johnson.

The bar offering has also been made over, with a range of South Australian producers now on offer, including spirits from Ounce Gin, Never Never Distilling, Kangaroo Island Spirits, and Adelaide Hills Distillery; wines courtesy of The Other Wine Co, Sidewood, and Hentley Farm; and a dedicated section of their beer fridge given over to craft breweries.

“We’ve got a great selection of product now… creating a space that people want to come and meet with their friends,” marketing and operations manager, Dion Di Vittorio says. 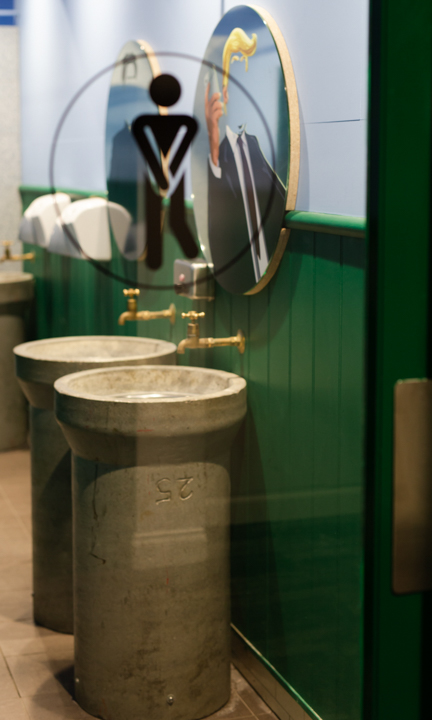 From the kitchen, the menu now offers “a combination of share items and then some real classic pub food.”

“If you want your big London Burger or your schnitzel, parmi, pizzas – there’s something there for everyone. There’s bangers and mash and some real old school dishes that we’ve incorporated as well,” Dion says.

The city’s northern fringe has never been so active, with the Riverbank precinct enlivened, Adelaide Oval swelling with sports and live music events, the Festival Centre under renewal, and people now ferrying from west to east on North Terrace’s recently extended tramline.

The London Tavern has seen the need in the market for a sophisticated and approachable restaurant and bar option, equally suitable for an end-of-year Christmas function or a quick lunch away from the office, and they took it upon themselves to provide it.

“It’s just making it a better facility for our customers and looking towards the future too,” Peter says.

The London Tavern is open Monday to Thursday 11am-7pm, Friday to Saturday 11am-late and Sunday 11am-5pm. 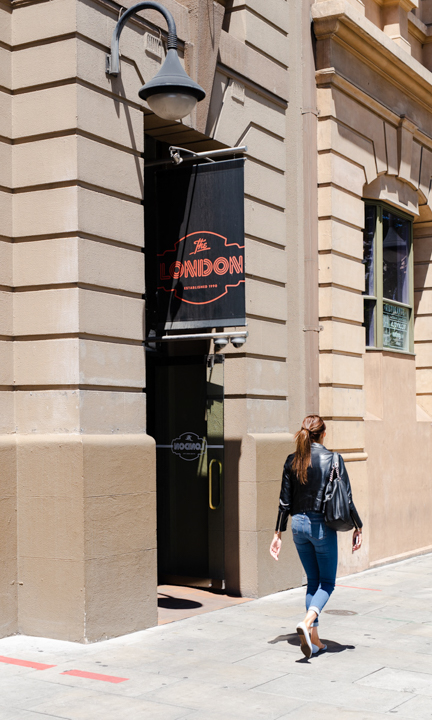