The Stag Hotel reopens as The Stag Public House

On the 169th anniversary of its first liquor licence, The Stag this week reopened in a new guise. 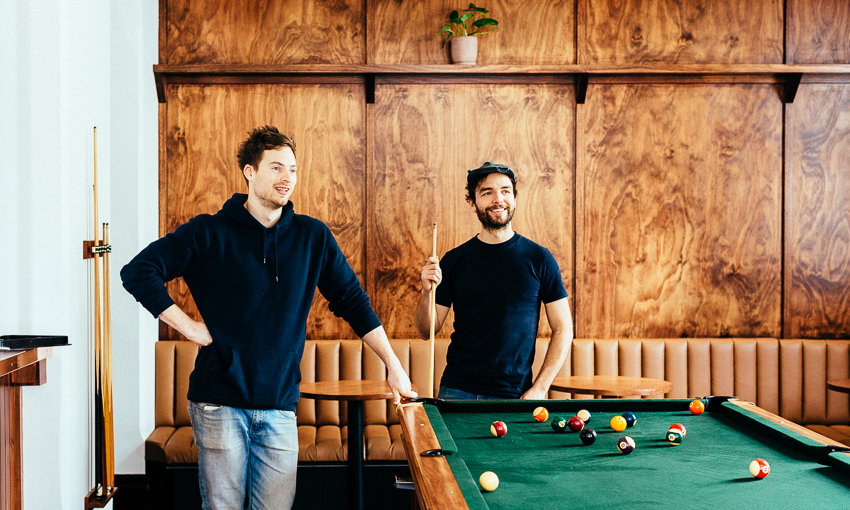 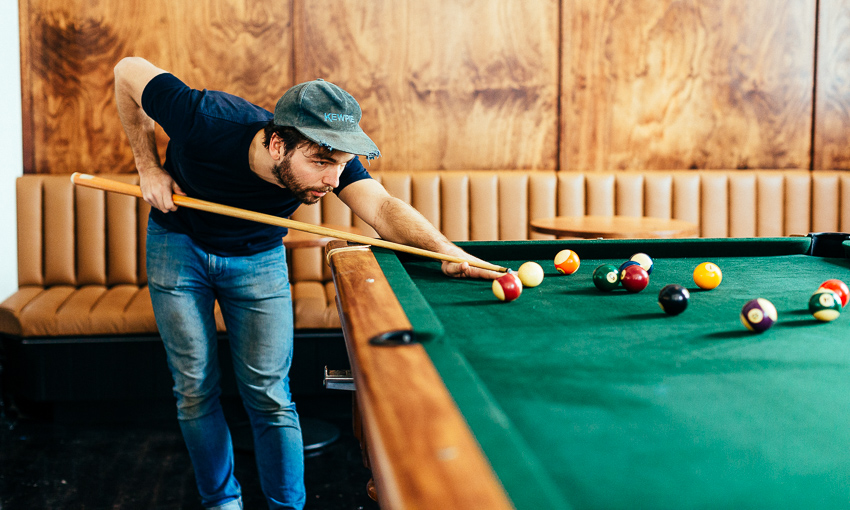 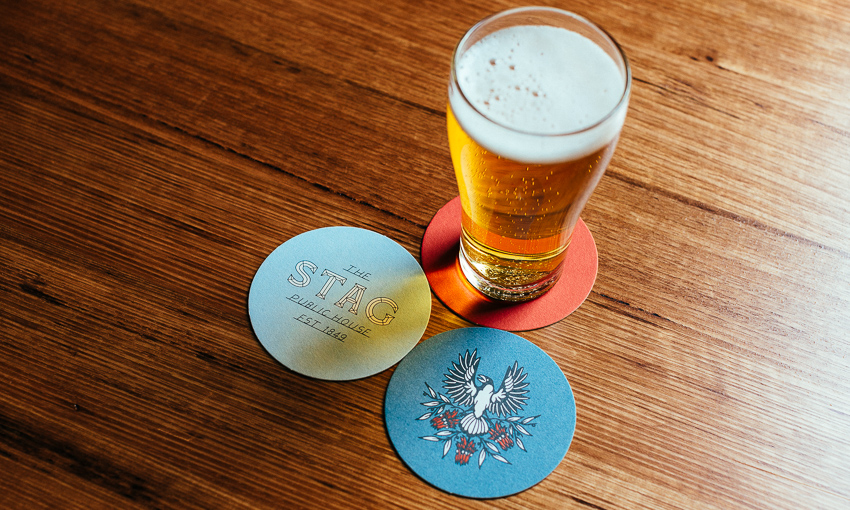 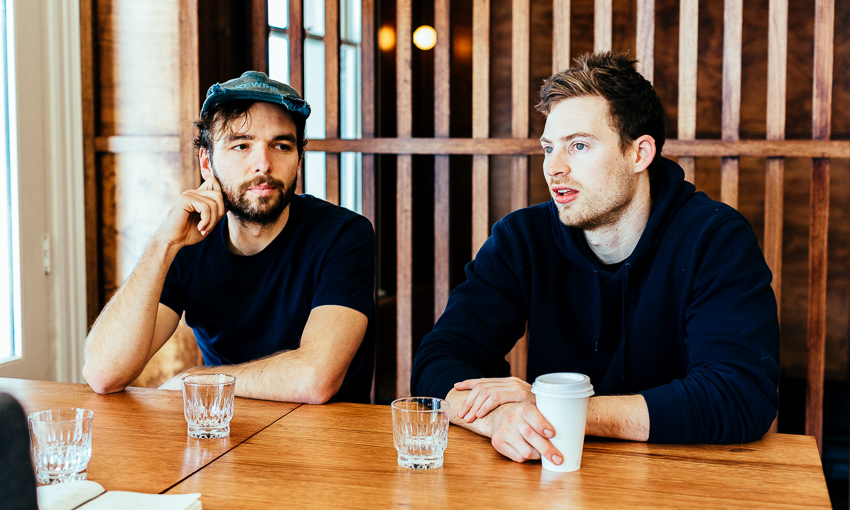 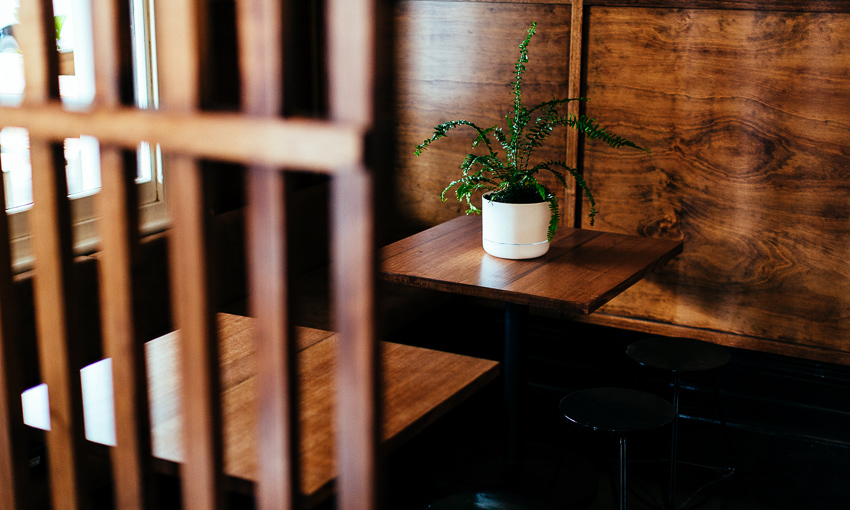 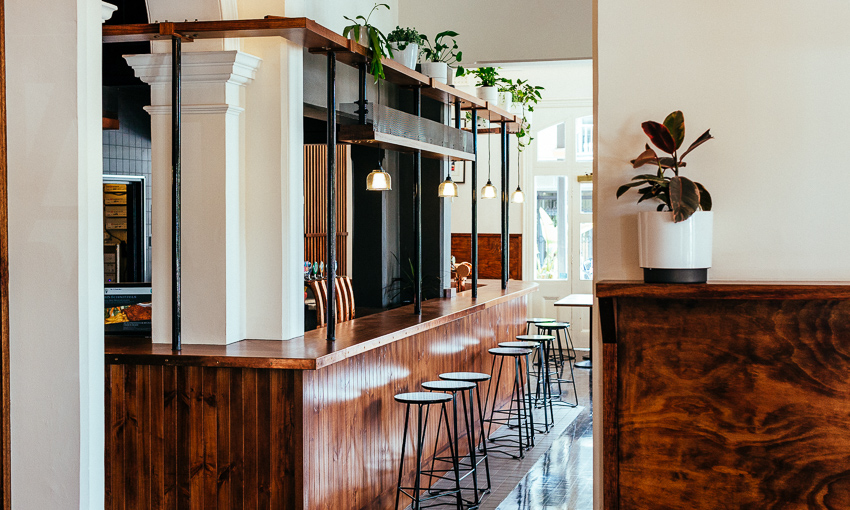 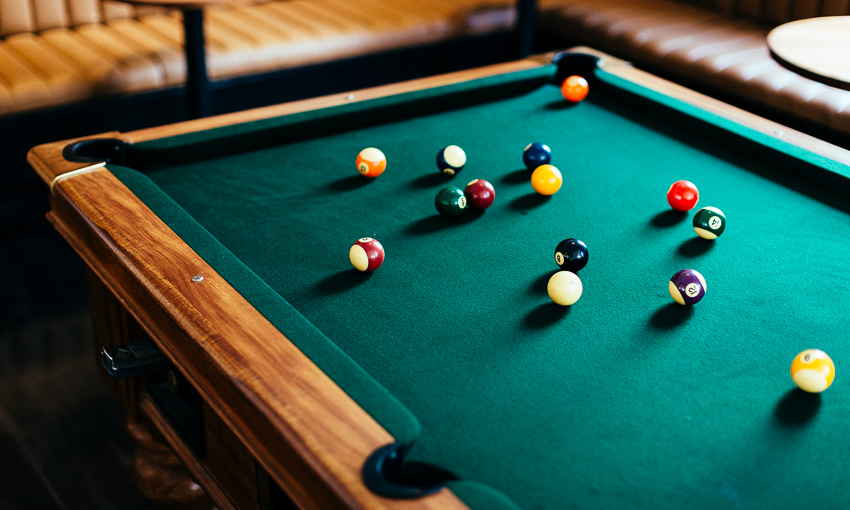 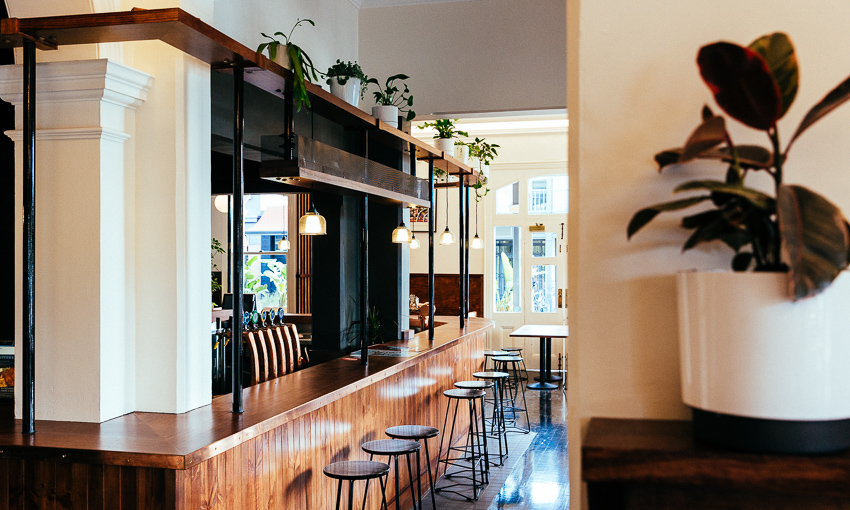 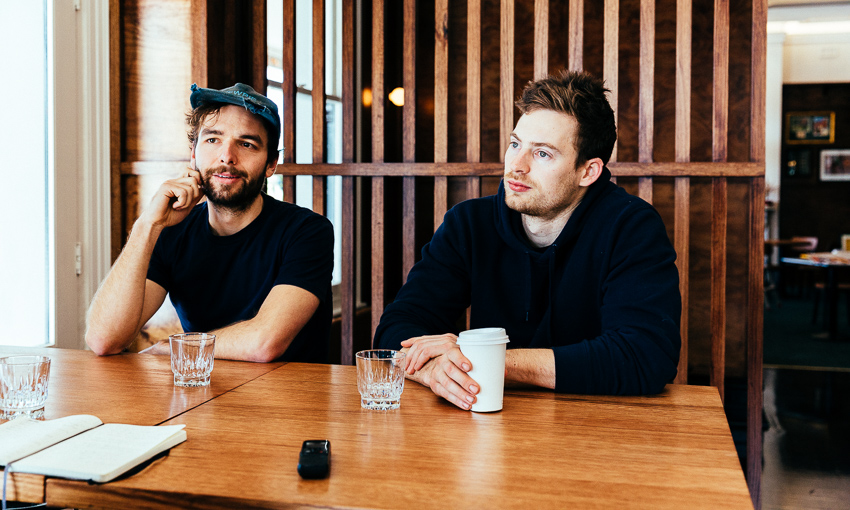 On the 169th anniversary of the beleaguered East End pub’s very first liquor licence – signed off on 10 August 1849 – CityMag is welcomed into the most transformative iteration of The Stag Hotel in its history.

The Stag Public House has sneakily opened tonight, Friday, 10 August, to commemorate the 169th anniversary of the pub’s inaugural licence.

It will officially open to the public on Thursday, 16 August.

In the hands of the crew from NOLA, designed by Sans-Arc, and with the support of the Maras Group, the Rundle Street cornerstone venue is today reborn as The Stag Public House, a considered take on the classic pub front bar.

We’re first introduced to a small room on the left of the doorway as we enter from Rundle Street.

“This is Josh’s pride and joy, how ripper is it? It looks like someone’s lounge room in a manor, someone who loves sports,” small-bar-operator-turned-publican Oliver Brown, says, showing us through to the sports lounge.

The room, adjunct to the bar, is lined with forest green carpet, earthy timber paneling, low booths, sports memorabilia (some of which, like the signed Ricciuto poster, was found in the Stag’s attic; others, like the glass case of SACA membership pins from the ‘70s and ‘80s, were sourced from Gumtree), and three mismatched televisions that will screen a mix of live sports and classic football matches.

In the bar proper, there is mixed format seating – booths, high and low tables, and, importantly, a return of stools to the bar.

“Before it was done up you couldn’t sit up at the bar,” co-owner Josh Talbot says.

“[We’re] bringing back the stools at the bar, and the counter meal, just encouraging that real interaction between the bar team and the public.”

A pool table sits in the back corner, an emblem of the pubs new community-focussed approach, with all the coins that fall through the slots being donated to a different cause each month.

Beer taps runs the length of the bar, featuring almost exclusively Australian craft brands, with the conspicuous addition of a West End decal sitting squarely in the middle of the corner bank of taps – a true testament to the cultish following the Port Road brewery has garnered in recent years. 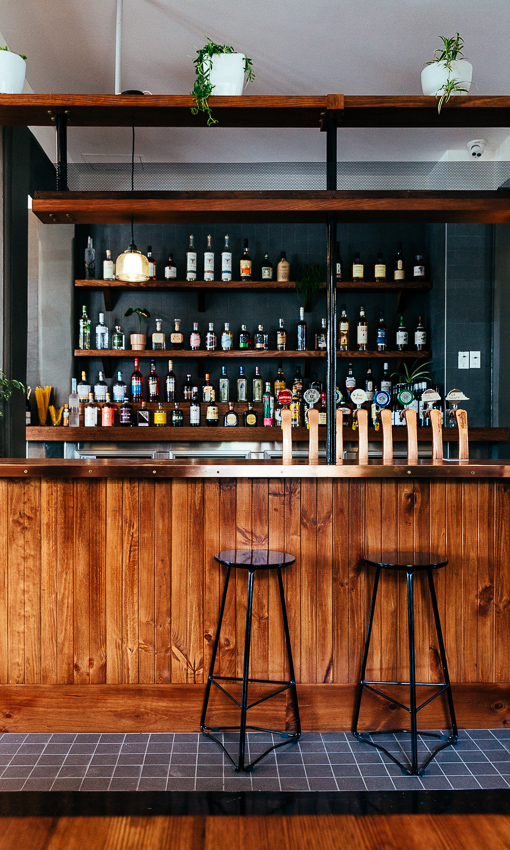 The Vardon Avenue side of the building is still inaccessible, and is currently in the process of becoming Charlick’s, a restaurant headed up by former Orana chef, Blake Drinkwater, set to open early September.

Upstairs is similarly under works, and will become the venue’s function room, with a future long-term concept for the space yet to be decided upon.

Dividing the venue and staggering its launch has made the project more manageable – Josh and Oliver are more accustomed to building smaller venues, after all – but that doesn’t make the project itself any less ambitious, particularly given the enormous task of shifting the identity of such an iconic building.

“The Stag definitely changed as I got older, I think,” Oliver says.

“When I first started going out it was definitely the place to go, somewhat nightclubby, both up and down running simultaneously as a big pub in those late ‘00s. It was just a big pub that cranked, and had a big balcony, and was more about volume, I guess. 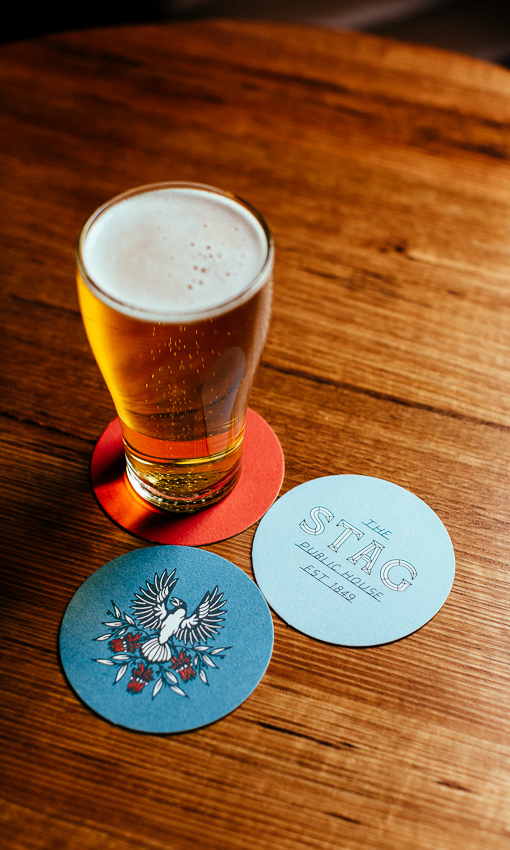 “We wanted to go back to what a pub originally was, which was that public house, somewhere for people to come and sit and enjoy, and that’s where the pool table comes in, and that donation of everything coming through there going to a local community group.

“It’s meant to be somewhere where everyone can walk in and sit down and feel like it’s their own.”

Through Sans-Arc’s design and Peculiar Familia’s branding, barely a remnant of The Stag’s former life feels present, yet it feels more of an encapsulation of the city than at any other time in recent memory – right down to the piping shrike and Sturt Desert Pea coaster.

This is the result of the inevitable graduation of young operators who got their start in the small bar scene moving up to larger projects, and could signal the return of the Great Australian Pub into contemporary culture.

“We never could have done this straight off the bat,” Oliver says.

“The evolution of the small bar has been because these younger people with a different concept and different ideas could have done it.

As for the site’s future, in regard to being broken up into separate venues, Maras Group managing director and CEO, Steve Maras, says there is precedent for such a project, and you only need to look a few meters down the road.

“I actually look at the Botanic Bar, and that’s quite interesting how that’s evolved,” he says.

“What once was a big bar with some function rooms, now it’s Botanic Bar, Africola, and Golden Boy.”

What it took was for young blood to change the direction and approach toward the project.

“When I started talking to the NOLA boys, they were interested in coming in, but they also intimated that hey, you want to get this right, changes need to be made,” Steve continues.

“We actually need people to back in the young upstarts and entrepreneurs and creatives who have got the ideas, and to be able to turn around places like The Stag Hotel into something fresh and new and somewhere where people are actually going to want to go.”

Josh and Oliver are similarly aware of just how big a part Steve and the Maras Group have played in where they are, and the influence that they’ve been able to have, both in the East End and Prospect.

“We wouldn’t have three venues if it wasn’t for Steve,” Josh says.

“We wouldn’t have one,” Oliver laughs.

“We loved the space that NOLA was in and always saw it, and he really put his trust in us. We learnt a lot from that process. I don’t really know how we got through it now, looking back.

“But he always supported us, never second-guessed us, and let us learn as we went along. From there, we’ve had a really good relationship. He’s brutally honest at times, but also our biggest supporter.”

The Stag Public House officially opens to the public on Thursday, 16 August, but the temptation to trade on the 169th anniversary of The Stag’s inaugural licence has proved too great, and if you happen to stop by tonight, Friday, 10 August, you might just be able to grab a beer.

Charlick’s, the adjoined restaurant under the stewardship of chef Blake Drinkwater is set to open early September.