Coffee’s back on at LOC 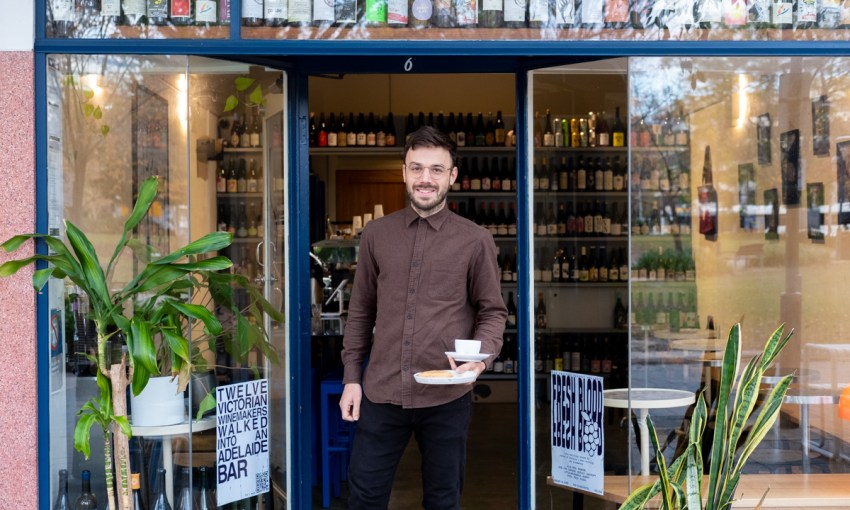 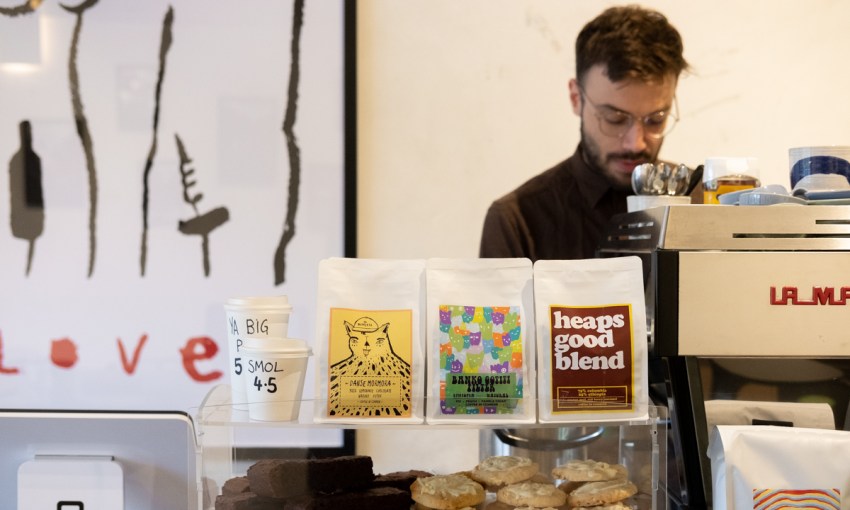 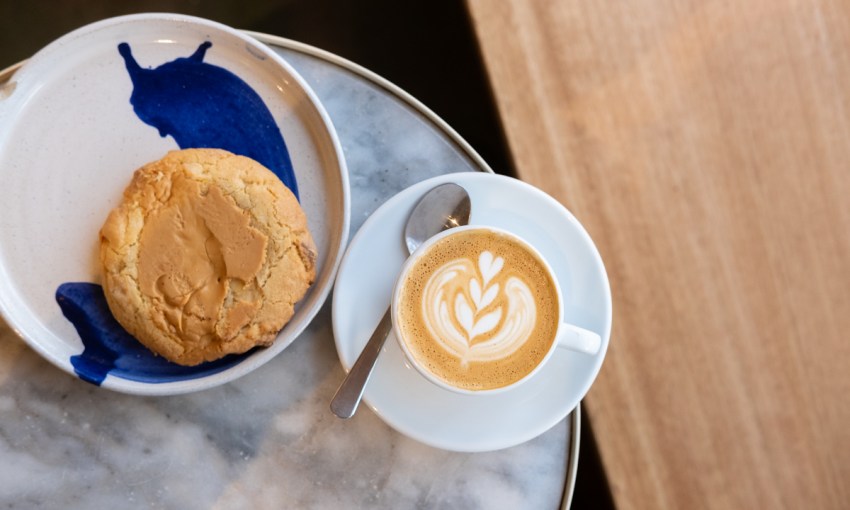 The coffee machine is turned on again at city-east natural wine bar LOC, with Hindmarsh café and roastery Coffee in Common taking over the space for morning trade.

The offshoot coffee shop is called Lil Sebastian (a reference to both Parks and Recreation and the shop’s size), and it’ll serve up espresso and filter coffee, and a selection of sweets sourced from the Coffee in Common kitchen.

Davide Cavuoto, a co-owner of Coffee in Common, is heading up the city shop. He and business partner Sean Do had casually discussed expanding to a second store, but this opportunity came about through coincidence.

“I was literally grabbing ramen from Dunfor and I came across to get a bottle of wine, and Olivia was here, I saw that she had some of our old coffee buckets, and I was like, ‘Would you like me to take these back?’” he says.

As it turned out, Olivia was in the process of finding a new coffee operator to take over the lease of her La Marzocco machine.

Olivia brought coffee trade into her business in August last year to activate the site during the day, but in running the daytime offering herself she found it difficult to balance her responsibilities in what were essentially two separate businesses.

“I think the opportunity still made a lot of sense, but being an individual business owner and not having those hours to share around internally made it a little bit difficult,” she says.

By bringing in Coffee in Common, an outside operator, “someone else will have the staffing, the know-how within this specific field,” she says. “This model, I hope, works specifically for them, too.” 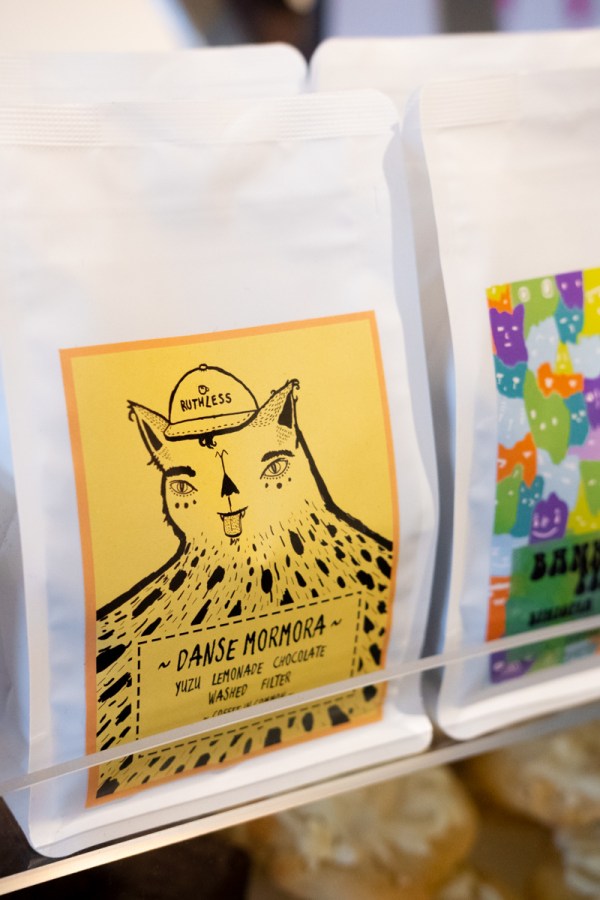 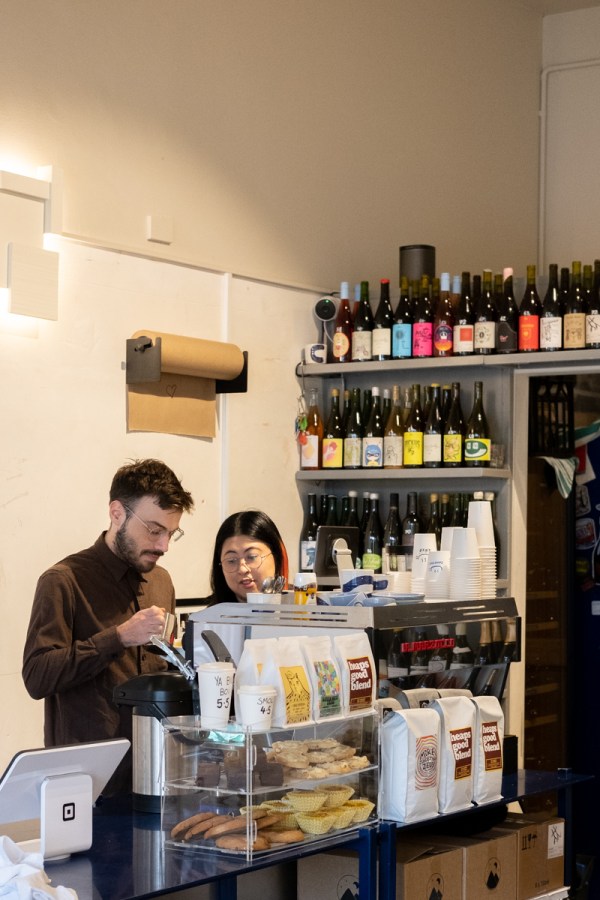 Having already established a relationship through LOC using Coffee in Common beans, it was an easy decision for the two businesses to work together.

“They’re professional, they’re young and new-ish to it. They were treating it as a new concept for them, which, for me, is appealing,” Olivia says.

“It’s just maybe timing and personality fit, and that I really liked them as people. I think when it’s this kind of model and it’s not someone who’s employed by you and they’re sharing your space, there is an importance in that you get on with them.”

Coffee in Common has a similar philosophy in regard to forming business relationships. The roastery currently supplies Sibling and Restaurant Botanic in the city, as well as vegan food truck Later Gator.

“We like to work with people who have a similar approach to business and coffee,” Davide says.

“I’m seeing a lot of young people come through hospitality, which is really, really good, changing that whole perception of how coffee is treated.

“They have a really strong filter offering… [and] with that comes that whole information transferring. People then get into single-origin coffees, more so than just drinking a milk coffee and not knowing what’s in the blend.

“Young hospitality, or new people in hospo, such as Jimmy (Barry, owner of Sibling) and Chloe (Mattner, owner of Later Gator), they’re bringing that energy, which is really nice.”

Lil Sebastian is located at 6 Hindmarsh Square and opens Monday to Friday from 7:30am ‘til 1:30pm. Connect with the business on Instagram.