Cry Baby is celebrating its first birthday by taking over Solomon Street with an open-air, free concert in July, headlined by Kingswood.

CityMag enters backstreet bar Cry Baby on a Wednesday midafternoon, where owner Jon Di Pinto is hunkered over a laptop surrounded by a spread of paperwork in a booth at the back of the venue.

Over the last four months, Jon has learnt the intricacies of being a concert promoter – booking acts, stretching budgets, and dealing with artists’ schedules – as he gears up for Cry Baby’s first birthday party – Cry Baby Fest.

With the all-clear from the council and a helping hand from Music SA, Cry Baby will take over Solomon Street on Saturday, 20 July, with headliners Kingswood and The Vanns sharing a lineup with Fripps & Fripps, Venice Queens, Teenage Dads, and Psychobabel – all available to Adelaide gig-goers for  no charge.

Sunny’s will be slinging pizzas from their mobile wood-fired oven, alongside Staazi & Co. Both Young Henrys and Pirate Life will have beer stalls, with spirits taken care of by Bacardi and Red Bull.

The side street leading from Currie Street will host barbers and a Cry Baby clothing setup (full details are still to be locked in), and Cry Baby proper will open as normal, as will Sunny’s, with access from the rear laneway only.

Cry Baby Fest is part of the broader Umbrella Winter City Sounds, a festival created in 2016 to combat the oft-lamented Adelaide winter hibernation.

“We were originally going to do it on the first of July, which is when we technically opened, but we postponed to fit in with the festival,” Jon says.

“There’s so many venues that get on board, and obviously it’s bigger than ever this year. Hopefully this is one of those ones that keeps getting bigger. Because winter’s one of the harder times to get people out of the house.”

Capped at 1500 people, the festival is a huge step up from the bar’s usual 120-person capacity, but the event is important for Jon. Cry Baby draws heavily on the aesthetic of ‘70s and ‘80s music culture, but doesn’t have the infrastructure to properly host live music.

“We tried it once with a little four-piece Adelaide band,” Jon recalls.

“They were good kids, we got them in here, moved the pool table out the way, and it worked – but it didn’t work enough for us to do it regularly.

“[But] it’s definitely something we want to do, support music in general, because that’s one of the main things that people come here for, is music.”

Cry Baby Fest is happening on Saturday, 20 July from 4pm (bands kick off at 5pm). For more information, see the event page.

CityMag announced Cry Baby’s impending opening back in March last year, and it’s been a successful first 12 months for the bar by all accounts. The venue’s neon signage is inescapable on social media over the weekend, and revellers consistently crowd the entrance on Friday and Saturday nights, waiting to get in.

Minor tweaks have been made along the way, but it’s still the Janis Joplin-inspired bar Jon first imagined.

“Obviously once you open a bar, people come and check it out, it’s about getting them to come back again and keep on coming back,” he says.

“We just had to change and adapt to what people wanted and what people were expecting, but still stay true to what we were doing, which was always focus on local beers, rock and roll, lots of spirits, and just a bit of a good time in general.

“What we were finding is we were getting a younger crowd and older crowd at different times… Obviously having rock and roll music and all the ‘70s stuff, you’re going to get that older generation who want to come and check it out, [so] just making sure they felt comfortable sitting here as well.”

Rolling into its second year, consistently will be the key to Cry Baby’s continued success, Jon says.

“What I love about this place is, yes, it gets crazy busy and there’s the line-ups on Fridays and Saturday, which is great for us, but during the week, it’s still a haven for just sitting around and drinking and having a good time,” he says.

“Ideally it’s busy all the time, but it’s hard to get that balance right. And with these new licence changes now, if you open up after 2am, it’s almost not worth it now.

“For us, we’ll just stick into what we’re doing… try a few different events and a few ideas we’ve got floating around to try and evolve into the second year and keep people interested.” 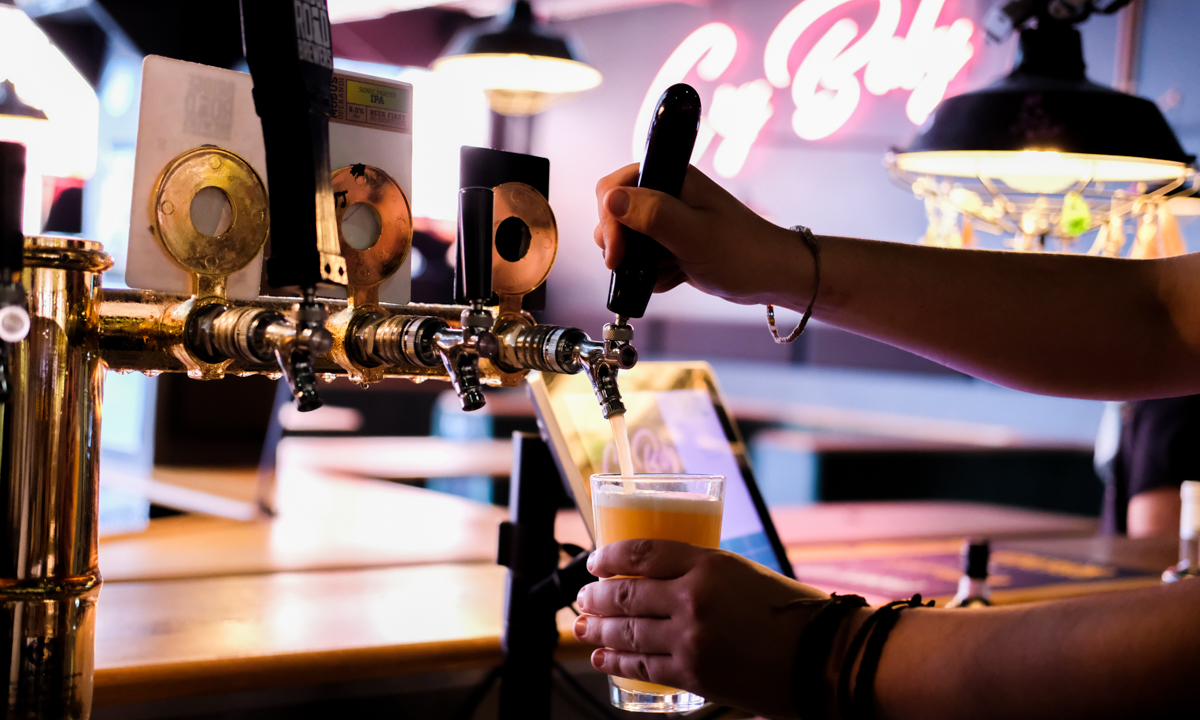