The East End is now home to the best plant-based 'lamb' yiros in town. 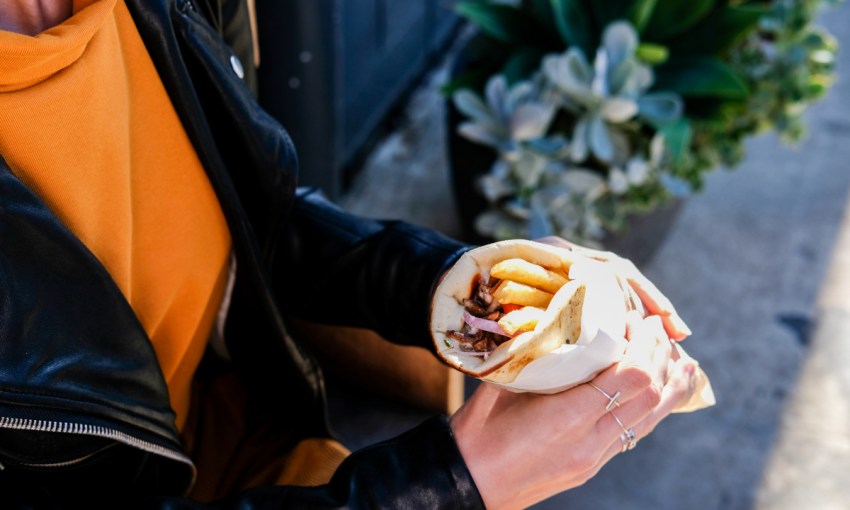 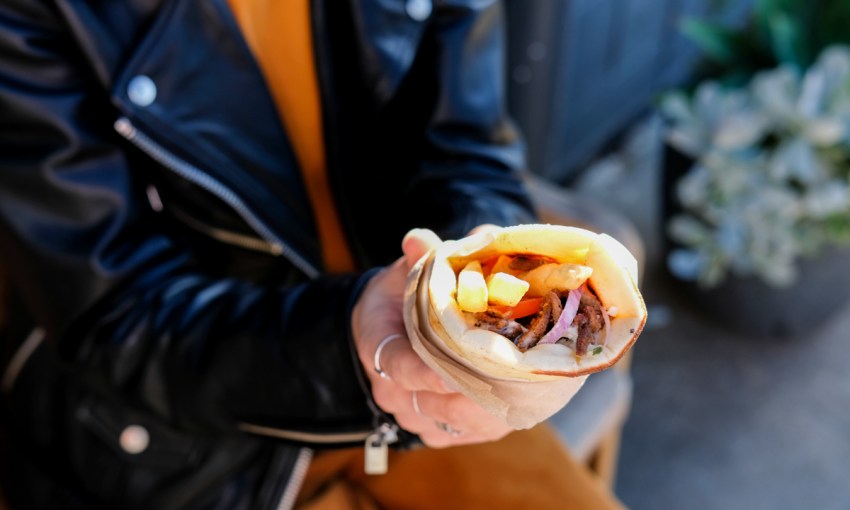 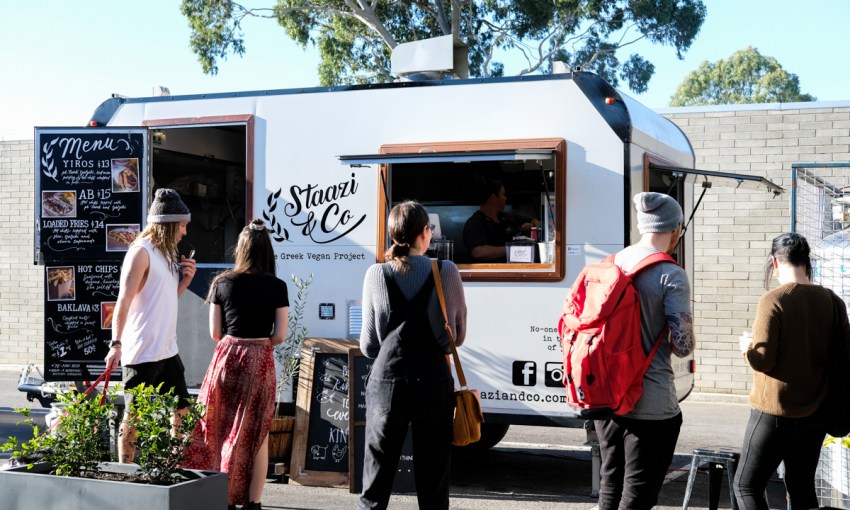 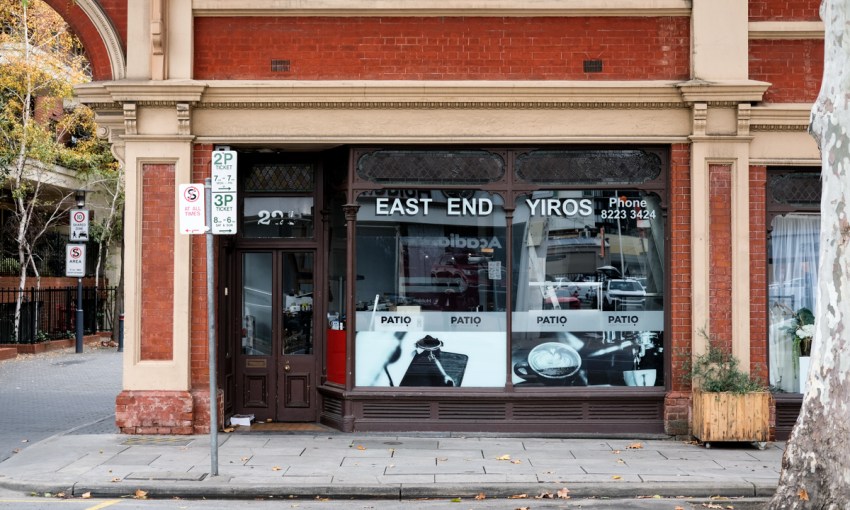 From the first week of July, the former East End Yiros shopfront on the eastern end of Grenfell Street will become the short-term home of Adelaide’s finest purveyor of vegan Greek food – Staazi & Co.

Opening hours to be confirmed. Keep an eye on Staazi & Co’s socials for updates.

Staazi’s audience has only grown since, with the business taking a three-week residency in the Adelaide Central Market in August last year, and joining Uber Eats to much fanfare back in June.

This latest move into a physical space will last three months, and may last longer if the CBD market proves viable.

“I was feeling it before it appeared, that I definitely wasn’t meeting the demand,” Anastasia says.

“Vegans really hang out for my food, and they message me ‘Where are you? I need a Staazi fix.’ And I take that on board. I think it’s the Greek in me, I’m like ‘I need to feed these people! They’re hungry and they want what I’m providing,’ and that’s an honour to me.

“I’m sill going to do my van and be mobile and do all of those events, but I’m going to have that for three months, see how it goes, and if it does take off and if it’s viable, then yeah we will look at staying there longer term.” 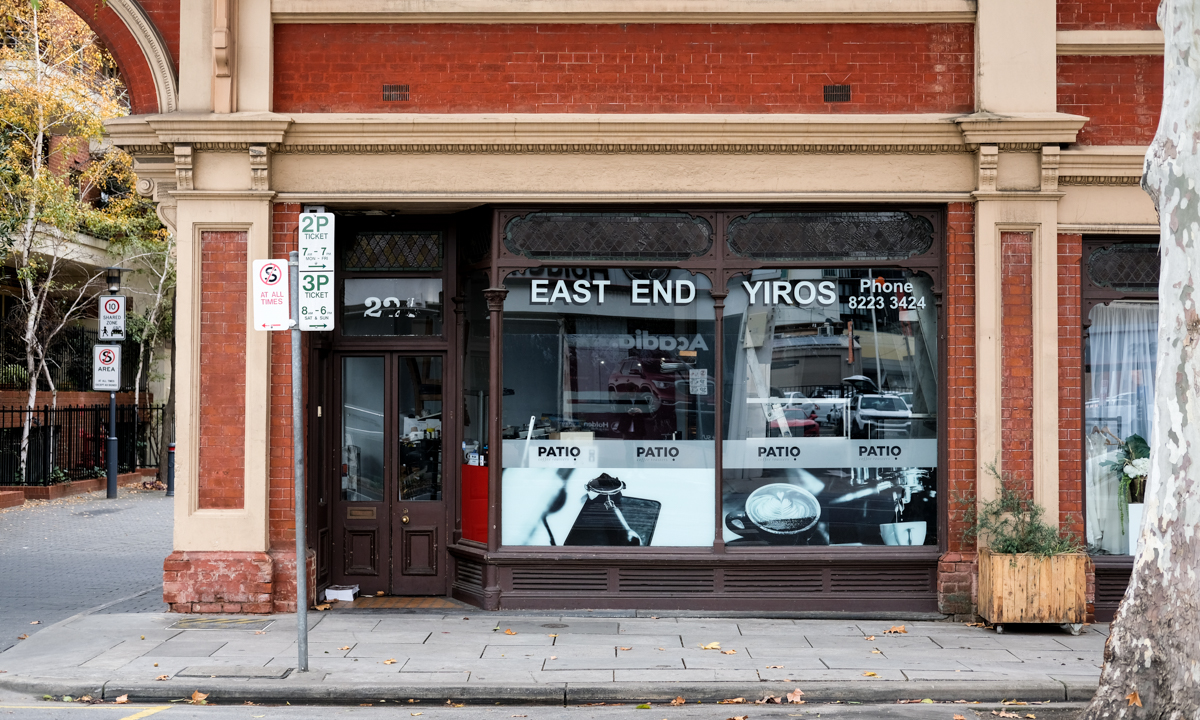 Prior to launching, Anastasia spent a year refining the recipe of her (not-)lamb yiros, which uses traditional Greek flavours and a TVP – or textured vegetable protein – in place of meat.

The all-vegan Staazi menu currently consists of the plant-based lamb yiros, an AB, loaded fries, hot chips and baklava, but Anastasia plans to broaden the menu at the new shop.

“Not everyone wants to eat the plant-based meats, for whatever reason,” Anastasia says.

“That’s fine, we’ll do more traditional Greek dishes – not street food, like wholefoods, beans and potatoes and chickpeas. Have an offering like that with some sourdough.”

Read CityMag‘s guide to the best cheap vegetarian eats in the CBD.

Despite Staazi & Co’s success, this venture was Anastasia’s first foray into the world of food. She previously worked in a call centre and had grown tired of the corporate world. Staazi was a way Anastasia could take control of her career and contribute to the conversation around food consumption.

“I’m not really into protesting as much, I’m a bit introverted. I still go to protests and stuff, but I thought, ‘How can I reach more people?’ I thought food is a great way of reaching people,” she says.

“Every form of activism is a positive one… Some people might be reached through my approach, and I have to do it my way, because that’s me, but I always encourage all activists to do what it is that they need to do.

“I’m at the seed-planting stage. I’m not here to offend people – not that I think activists shouldn’t offend people, because sometimes that works, they go home after and go ‘Yeah’ – but I just want to plant seeds and open doors for people to start doing their own exploration.

“I’m here to show people that, don’t worry, you can still have a greasy yiros, if you’re hanging out for one.”

Staazi & Co’s Grenfell Street frontage will launch on Monday, 1 July. Hours of operation will be confirmed closer to the date, and the venue will be cashless throughout its three-month tenure, so bring your plastic.

For updates, keep an eye on Staazi & Co’s socials. 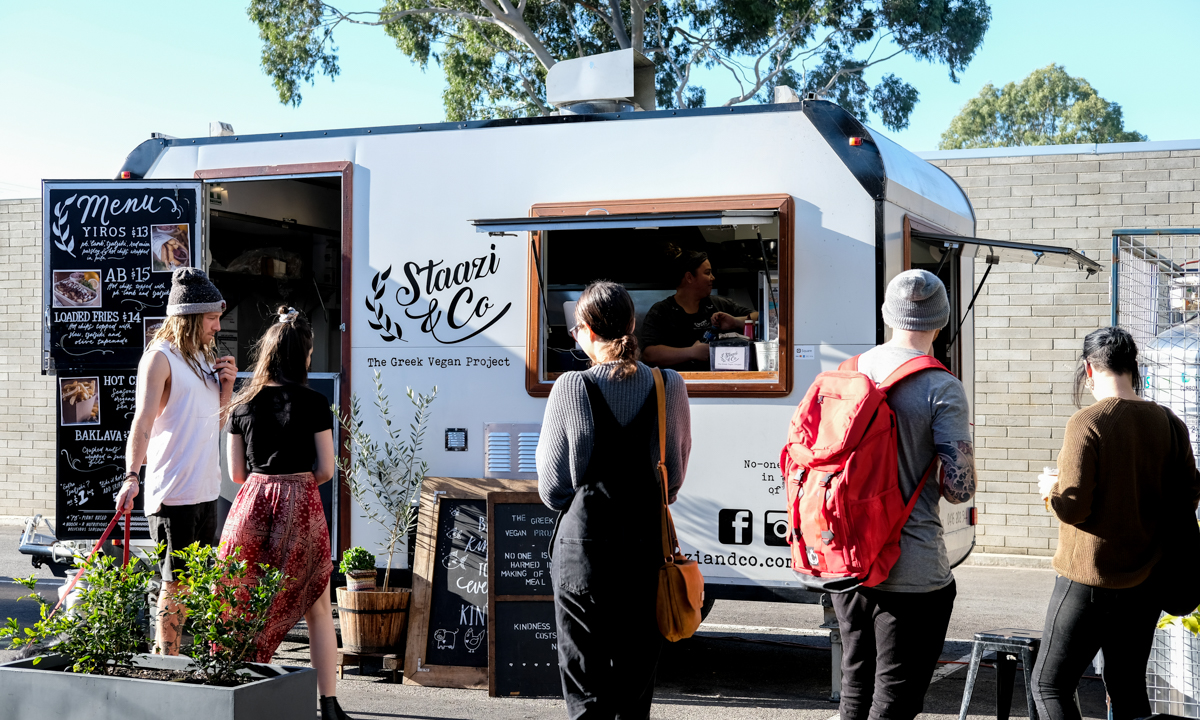