Regent Arcade's plant-based café Veggie Vie is moving to a new premises on McHenry Street, where it will expand into nighttime trade with a vegan dining concept.

Veggie Vie has, in some sense, always been in motion.

The business began in 2012 as Veggie Velo, a vegetarian burger shop on wheels, founded by Monica Watts and Manu Parez.

Veggie Vie will reopen at 16 McHenry Street in early August.

The new store will include dinner service from Wednesday to Saturday.

By 2015, the food stall was an expected presence at most markets and outdoor events, with its roster becoming so busy Monica and Manu needed to find a sizeable commercial kitchen to help keep up with demand.

They were shown an abandoned café space in Regent Arcade, which, in 2015, was under the stewardship of the Ginos Group.

The founders signed the lease and used the space as a commercial kitchen and storage for Veggie Velo, as well as launching a second business, Juice Lovers.

The juice bar held a tiny footprint within a larger tenancy, but evolved into the whole space to become a café with a similar food offering to Veggie Velo.

By 2018, Manu was working all day in the café, markets at night, heading back to the café to pack everything away, and returning in the morning, hours later, to start it all again.

“I feel like then that was too much,” Manu says. “I wanted to focus on [Juice Lovers] to make sure we didn’t crash both businesses financially.”

In that year, Veggie Velo went on hiatus, from which it is yet to return.

With a renewed focus on the bricks-and-mortar café and juice bar, Monica and Manu worked toward a relaunch, which occurred in January 2020.

Veggie Vie better reflected the breadth of the café’s offering. They also made the fact of its entirely plant-based menu more prominent to their clientele.

Monica and Manu saw a long future for Veggie Vie in the arcade. 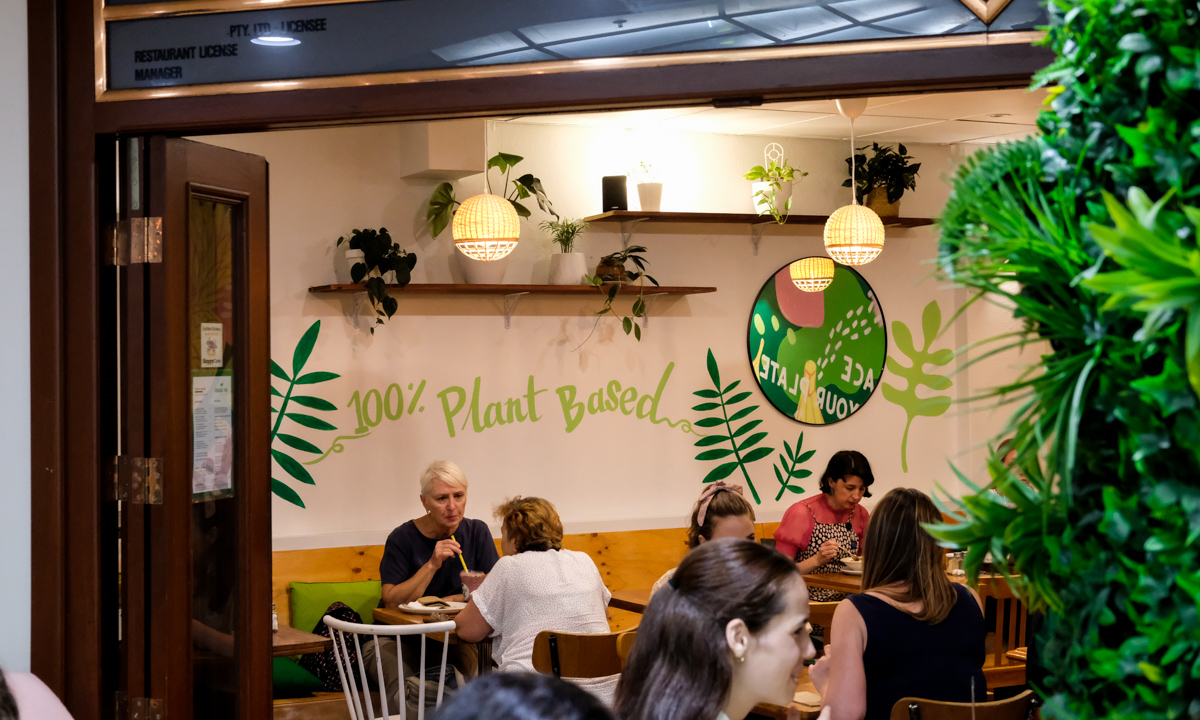 The pandemic had some effect on this envisioned trajectory. But a month before the pandemic forced everyone into their homes, Regent Arcade’s new owners became the harbinger of an uncertain future for Veggie Vie.

“From the time that Ginos sold to the new landlord, the change was really obvious. Suddenly no one cared,” Manu says.

Veggie Vie’s lease came up in the middle of last year, and Monica and Manu started negotiations with the new landlords, Wingpower Holdings, in July.

Manu says they raised the rent, which he was happy to comply with, but the new lease also made operating on Saturdays and Sundays a requirement.

In April, our sister news site InDaily counted 14 empty shopfronts in the arcade. The publication spoke to several business owners, including Monica, who were concerned by the exodus.

CityMag sent a series of questions about Regent Arcade to Wingpower through leasing agent Harcourts. Wingpower declined the opportunity to respond to the questions directly. 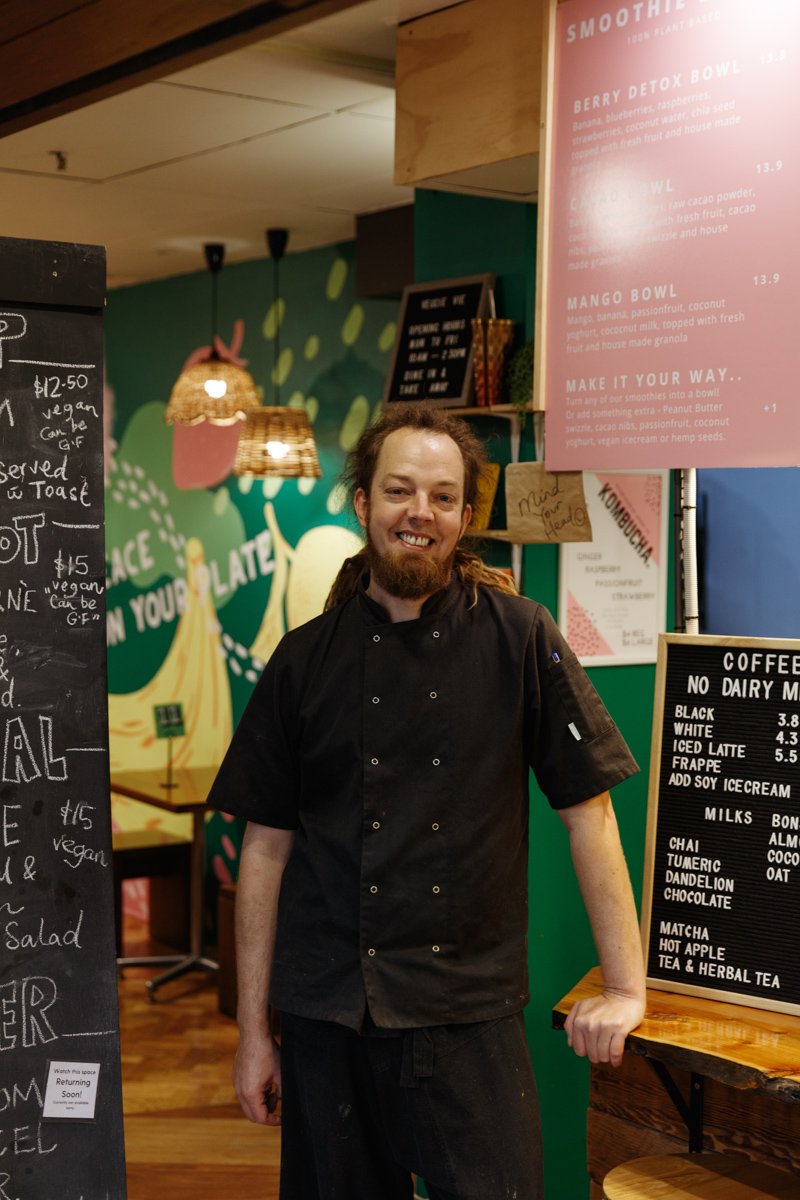 Given the arcade’s state, Manu was not prepared to commit to expanding Veggie Vie’s operating hours.

“I’m never going to pay $50 an hour for staff on Sunday, in an arcade that is dead,” Manu tells CityMag.

From July through to mid-May, the lease passed back and forth between Veggie Vie and Wingpower’s leasing agent.

Unable to reach agreeable terms, Monica and Manu gave up their tenancy and began the search for a new home for Veggie Vie.

They found a fitting space relatively quickly – the former HD Eatery on McHenry Street, just a few blocks away.

“It’s in the right spot for us. It’s not too far from here. We’re not going to lose too many customers. It’s got a little parklet outside, lovely for summer,” Manu says. 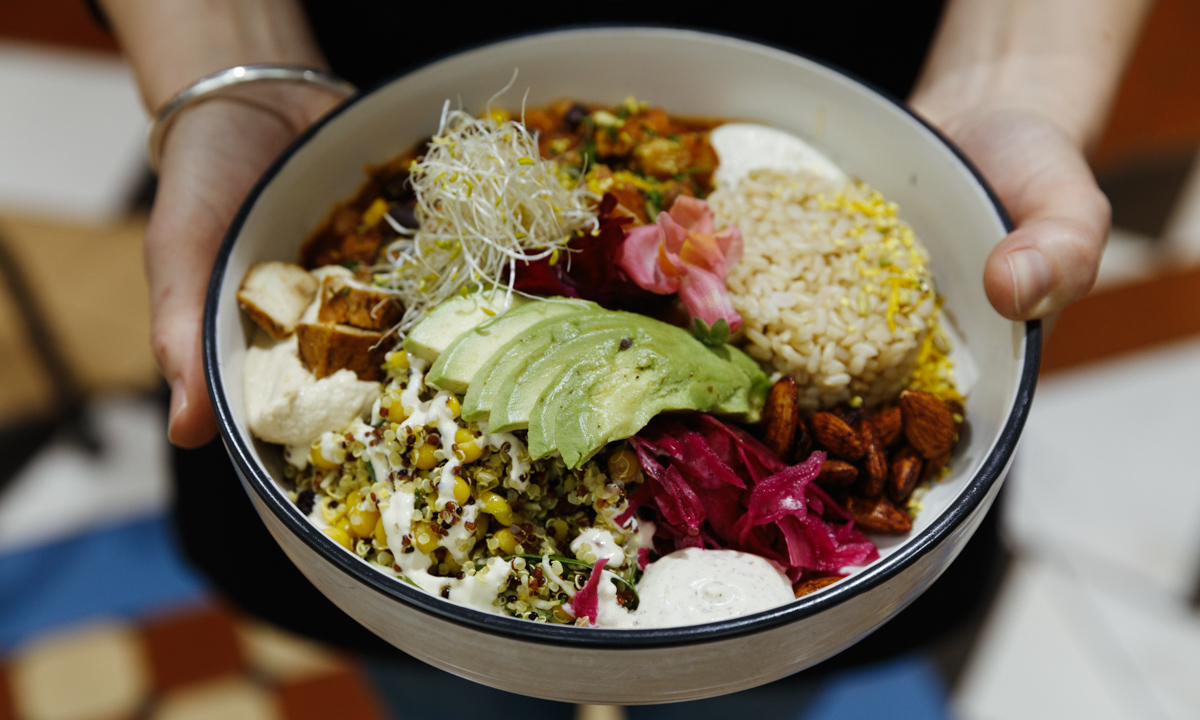 The new Veggie Vie will operate much the same as its former shop, with the same wholly vegan menu.

It will, however, open earlier in the morning, from Monday to Friday, to capture some of the pre-work office crowd.

Veggie Vie will also launch a nighttime vegan restaurant concept, which will operate from Wednesday through to Saturday.

Monica and Manu have witnessed the growth of Adelaide vegan community and the parallel rise of eateries catering to this emerging market.

While there are venues in the city like Allegra Dining Room and Cocina Comida offering wholly vegan dine-in dinner options, as well as Staazi & Co if you’re in a takeaway mood, Manu says there’s still room for new ideas in the plant-based restaurant landscape.

“I know what there is in Adelaide, for vegan dinner, so we’re going to keep it really simple, casual, nothing too fancy,” he says.

“Provide a nice space, licensed, wine, beer, somewhere where people can have their birthday, catch up with all their friends. Simple.

“After seven years of being in vegetarian and vegan place, everyone knows us, and everyone wants to come and actually have the time to enjoy dinner, have a nice time, nice wine. That is exciting.” 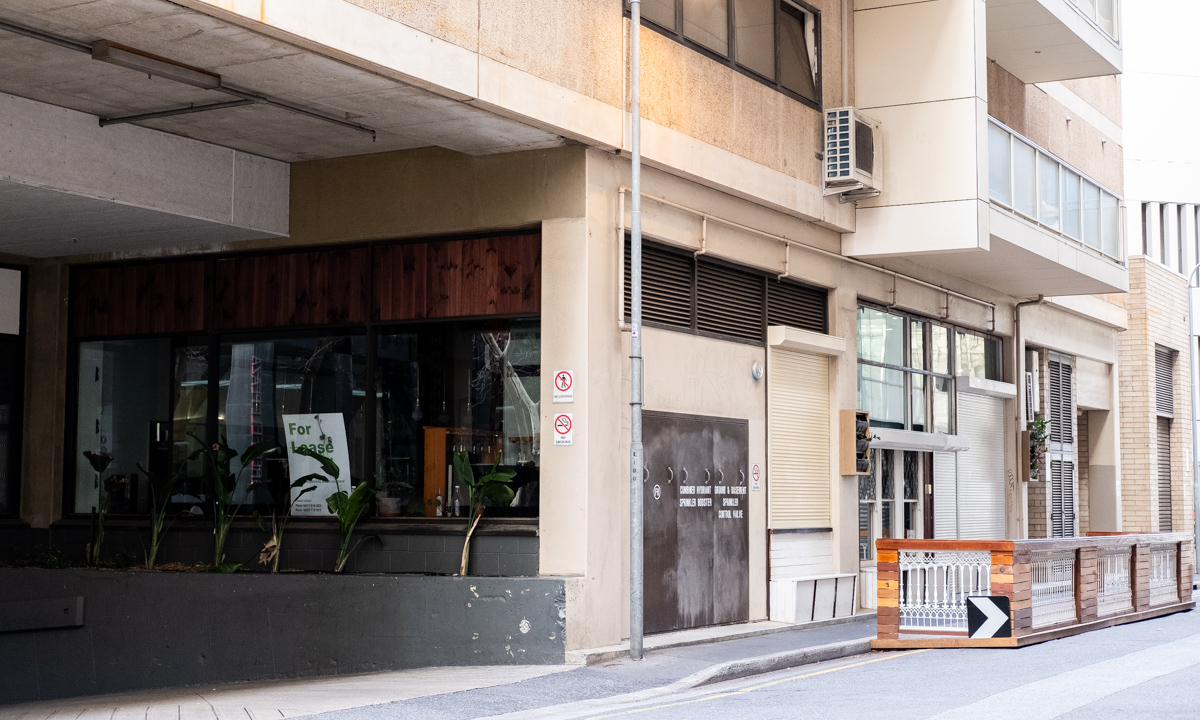 Come August, this will be Veggie Vie II

The dinner menu will feature burgers, curries, soups, including some dishes using fake meats, which Veggie Vie has not previously utilised to the same degree as its contemporaries.

Veggie Vie will be available at Regent Arcade until 2 July, so get your fix before their month-long shutdown.

You might also hear about the return of Veggie Velo – someday.

“I do miss the bike and I do miss going around,” Manu says,”the markets and weddings and all that. But maybe later. Who knows?”