The ramen pop-up that originally brought the Sunny's Pizza group together is popping-up again this Sunday. 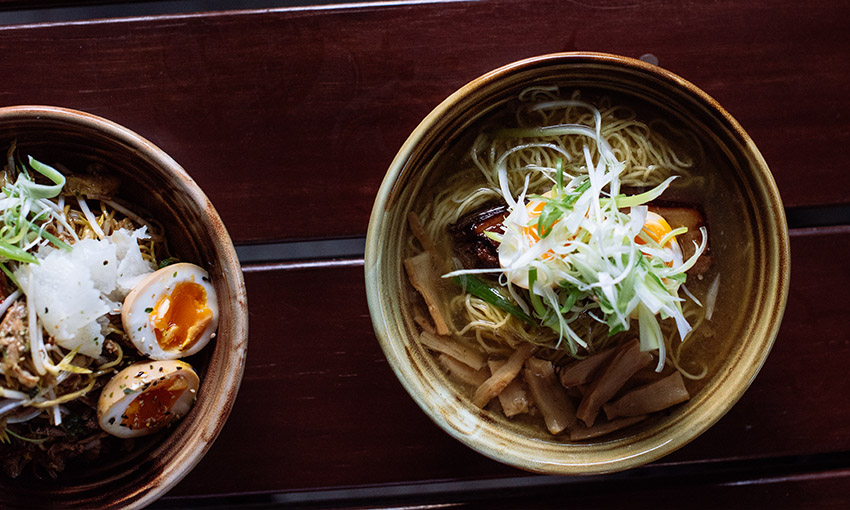 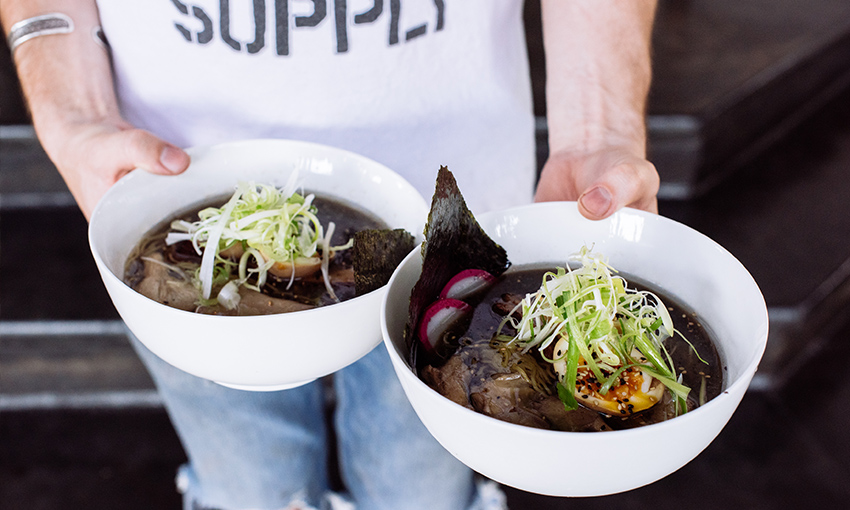 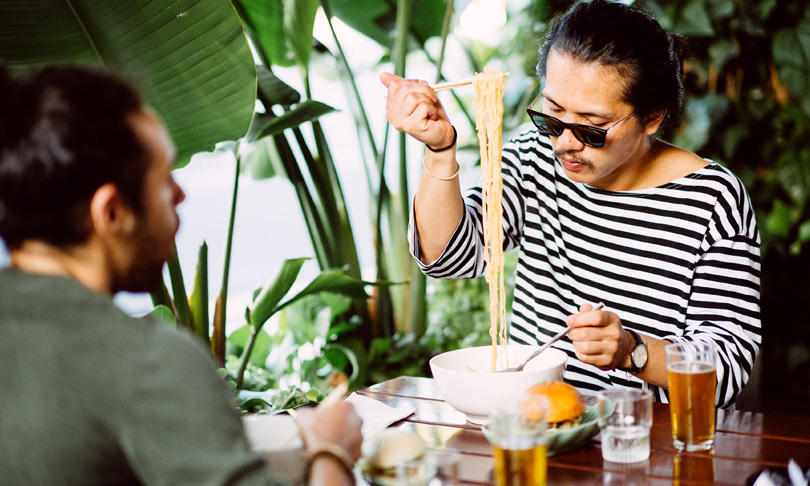 In 2014, Chefs Andy Nowell and Josh Cook took up an opportunity to run a ramen shop out of Golden Boy’s kitchen on Sundays.

Hot bowls of shio and shoyu broths were to be served with the driving concept from Andy being that he wanted to create a clean, bright and flavour-packed noodle experience not-then available to Adelaide diners. The takeover of the Golden Boy kitchen was dubbed: Bubby Noodle.

The Sunday ramen session connected Andy and Josh with Botanic bartenders Josh Dolman and Rob Denisoff and somewhere over the noise of happy customers slurping, the idea they should collaborate on something more permanent was born.

Fast forward four years and that idea has come to be known as Sunny’s Pizza and this Sunday Andy’s bringing Bubby back to his now-permanent kitchen on Solomon Street.

“Rich and jammy” eggs are critical to good ramen

It’s been a while since we’ve sampled Andy’s ramen and in the meantime some excellent ramen options have opened up downtown. Bubby is a different take on the Japanese noodle broth idea – previous Bubby menus have sailed as far from Japan as Peru, drawing flavour profiles from what Andy told us was “Nikkei Cuisine”.

After sighting this Sunday’s menu however, the options look a little more standard – though diners at Sun-Bub (as we’ve decided to call it) will be invited to build their own bowls of noodles choosing between the Shio (salt) and Shoyu (soy) broth with different proteins, pork, chicken and mushroom added on top.

For our money we’re looking to combine the Sunny’s wood oven flavour of their gochujang chicken with the shio broth.

“It’s a one night thing,” says Andy when we pin the chef down for a comment. “It’s not commercially viable to do the sort of quality ramen I want to eat, it’s fu*#ing expensive”.

One night of un-commercially viable noodles courtesy of a pizza chef’s passion for noodles sounds too good to miss. Be sure to take advantage of the situation and fully exploit Andy’s noodle infatuation at Sun-Bub this Sunday.