CityMag has compiled a list of SA-based First Nations businesses you can buy products or services from directly.

For many, 26 January is a loaded day.

The National Australia Day Council says on Australia Day, we “celebrate all the things we love” about our country, including “land, sense of fair go, lifestyle, democracy, the freedoms we enjoy but particularly the people.”

Greens Senator Lidia Thorpe, the first Aboriginal woman in Victorian Parliament, does not believe this to be the case, saying “for Aboriginal people across this country, January 26 marks a day of mourning.”

In addition to purchasing from an Indigenous-owned business, you can observe Survival Day at Tandanya National Aboriginal Cultural Institute from 1pm on Tuesday, 26 January.

If you’re looking to mark this significant moment in our country’s history in a way that is more about celebrating the world’s oldest living culture (that’s 60,000 years of ongoing culture), than the arrival of settlers 233 years ago, then we have the list for you.

Pay The Rent is an interstate campaign designed to give money back to First Nations communities with the idea that saying sorry isn’t enough. (Read more about the platform’s motivations and goals here.)

The concept of paying the rent regularly echoes through crowds at Indigenous rights protests, with community leaders asking non-Indigenous Australians to consider how they can act to provide compensation for living on stolen land.

Over the years, the South Australian Government has made some efforts to address the issue of compensation.

Five years ago, the State Government established the Stolen Generations Reparations Scheme to “recognise the grief, pain and loss” of Aboriginal children removed from their families prior to 1975.

Last year, Premier Steven Marshall said that in 2018, 312 people were allocated $30,000 each as part of the arrangement.

A Community Reparations Fund was also set up in 2017, and with a pool of $1.25 million in funding provided for financial support of almost 30 projects related to the Stolen Generation. That figure was slashed to $406,565 in the following year, which funded six organisations.

Around that time, another initiative called the Individual Reparations Scheme was established to distribute $20,000 payments to “people who are eligible for reparations under the policy criteria of the scheme”. The additional $10,000 payments for applicants is currently being arranged.

This program was set up after the Community Reparations Fund ended, redistributed the CRF’s residual cash. All of the above initiatives have now ended.

Individuals, too, have the power to affect change and support South Australia’s Aboriginal community through our collective purchasing power. To this end, we’ve compiled a list below of SA businesses owned by Aboriginal Australians.

As we look ahead to January 26, and another year of calls for an Australia Day date change falling on deaf ears, consider how you can at least do some good with your dollars.

This is a live list and we welcome suggestions on how to make it better. 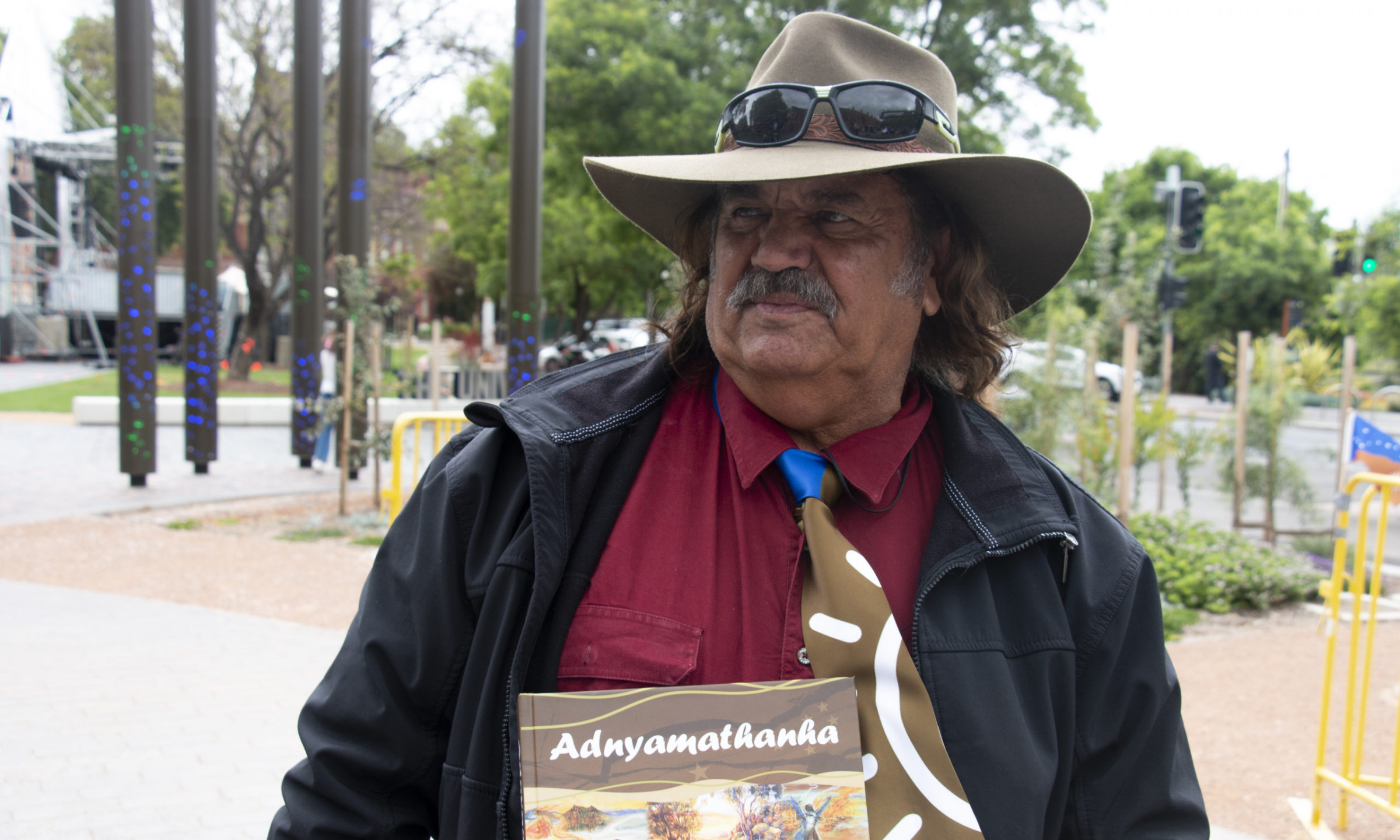 “For 40 years of my life, I’ve been collecting data,” author Terrence Coulthard tells CityMag on the day his book, the Adnyamathanha Culture Guide and Language Book, launches at the University of Adelaide. “It’s now time for me to give this information to the next generation.”

Terrence is a self-taught Adnyamathanha linguist, and this is the first dictionary documenting the language of his people. He and his family have also run Iga Warta in the Flinders Ranges for decades, with whom you can organise a cultural tour. 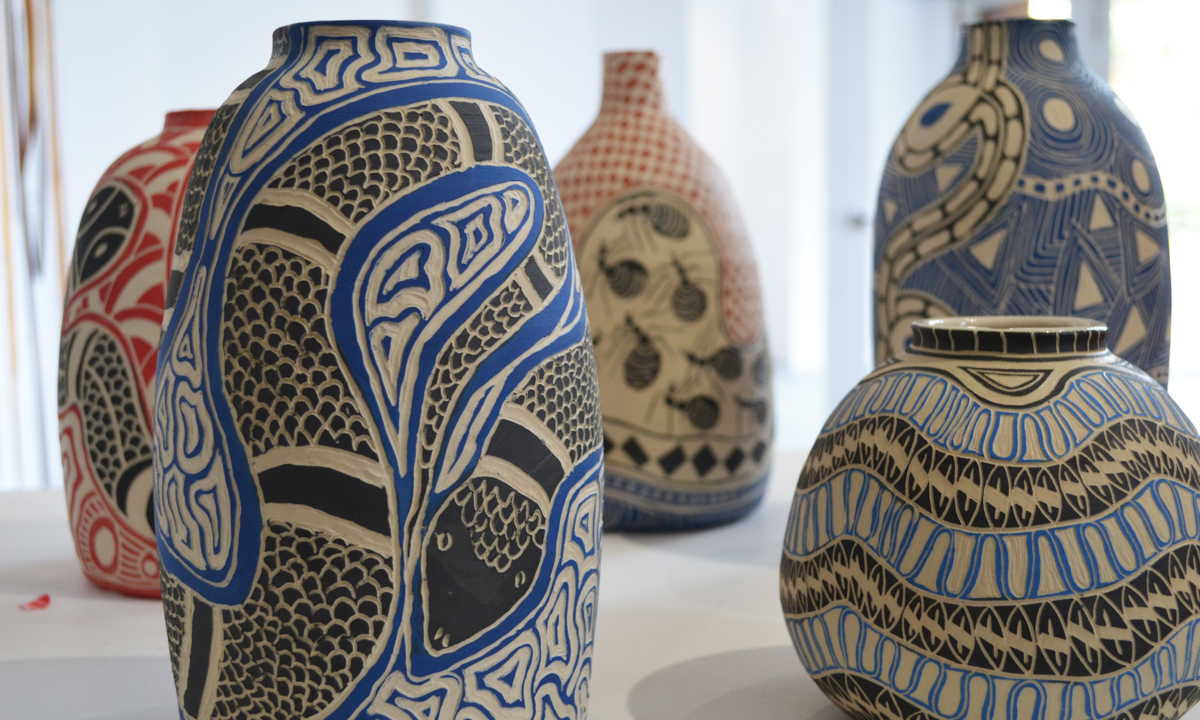 We’re incredibly proud to say our city hosts a gallery stocking nationally recognised Aboriginal and Torres Strait Islander art. APY Art Centre Collective manager Skye O’Meara says she only wishes more people understood the calibre of creatives at the centre. “I’ve wondered about the fact that this work is so known and celebrated abroad, and yet doesn’t seem to be known by people that we share the state with,” she told us last May. There is a large catalogue of art for sale.

‘Ganbara’ is a Barngarla word for fertile soil, and Ganbara Facility Services is a majority Aboriginal-owned company located in Adelaide aiming to pursue this idea through cleanliness. The company focusses on commercial cleaning, waste and recycling, and hygiene and sanitation for commercial premises, and has Barngarla man Paul Brock at the helm as Managing Director. Get your workplace spick and span today.

ONCE UPON A DREAMTIME 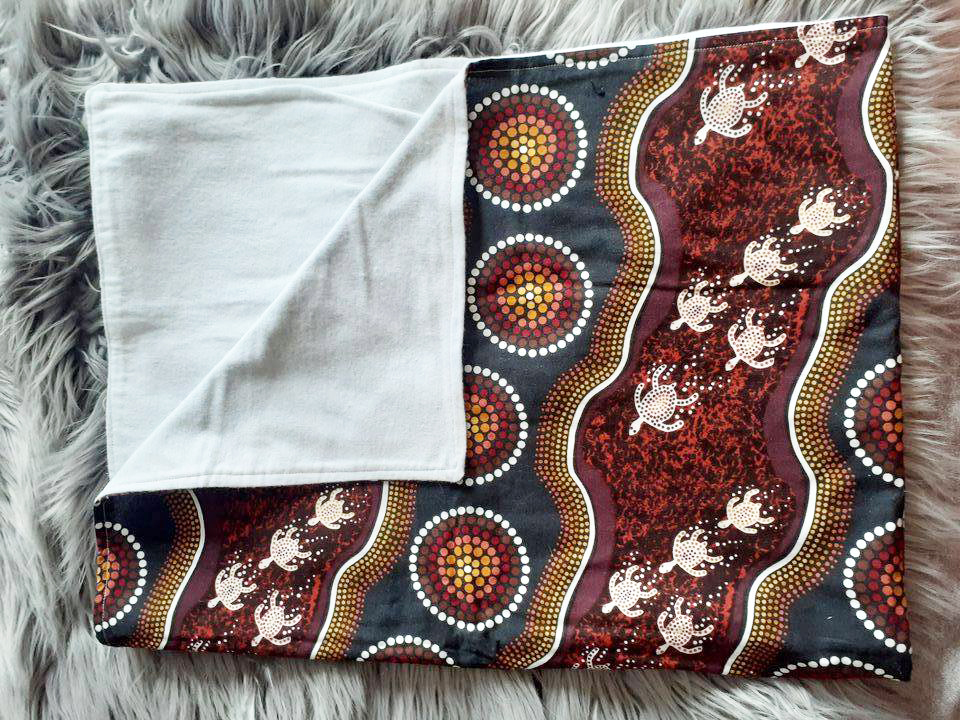 Once Upon A Dreamtime is a small business specialising in baby products such as blankets and bibs, but also seatbelt covers and customised Barbie dolls. The business is run by Kaihla Gibson who identifies as an Arabana, Kuyani and Wirangu woman and all the items are covered in designs made by Indigenous artists.

Connect:
Once Upon A Dreamtime 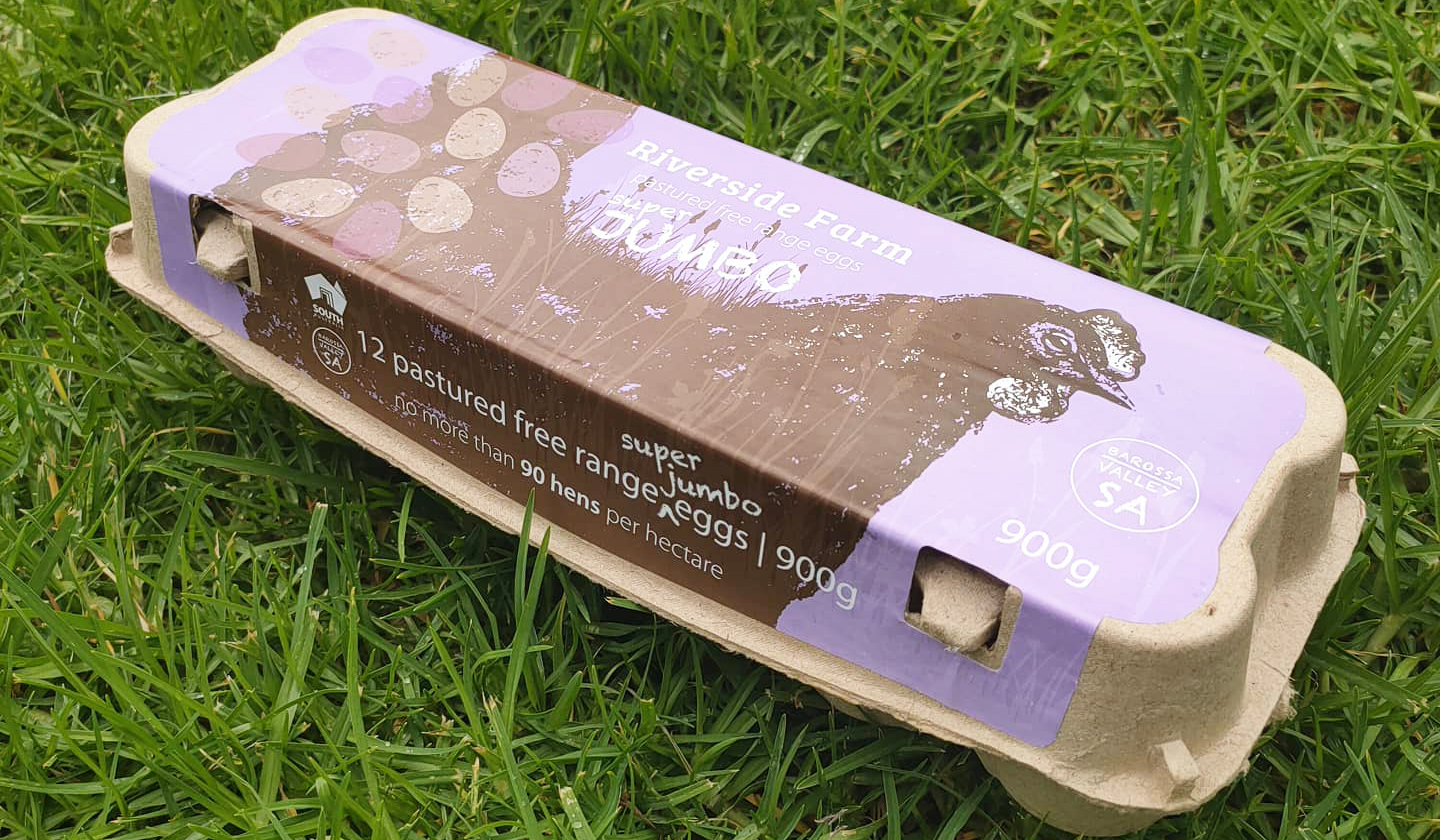 Kane van Diermen is of Western Arrernte and Yawarrawarrka descent, and, with his partner, Richard Chatterton, he aims to shake up the mostly white and heteronormative farming landscape in the Barossa Valley.

Riverside Farm sells a range of farmed products, such as dairy and eggs, and even boasts tempting accommodation options on the property itself. Who could resist a “secluded country cottage on a thousand acres”?

Pouring at The Colonist: The Australian Green Ant Gin from Adelaide Hills Distillery and Something Wild

Since 2016, Larrakia brothers Daniel, Steven and Shannon Motlop, with their father Eddie, have supplied native produce to clients around Australia as part of their Indigenous-owned business Something Wild. Two years ago, Ngarrindjeri, Wirangu, Kokatha, Mirning and Narangga man Danyle Pearce joined the team.

You can find Something Wild products such as wild lime marmalade to wattle seed, in the Adelaide Central Market, or peruse their online store from the comfort of your home. 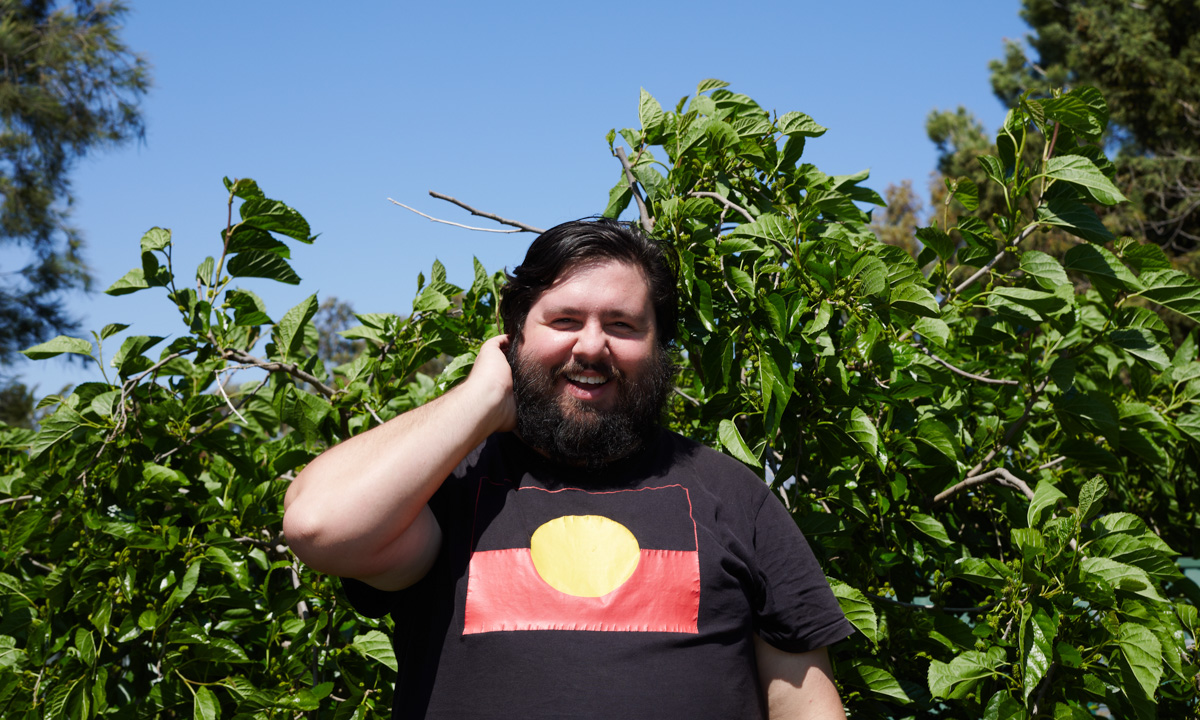 With performances scheduled from 1pm ’til 7pm, spanning music and dance.

An arts and craft stall will also be selling works by numerous arts centres and organisations, such as Reconciliation SA and Southern Elders Weavers. 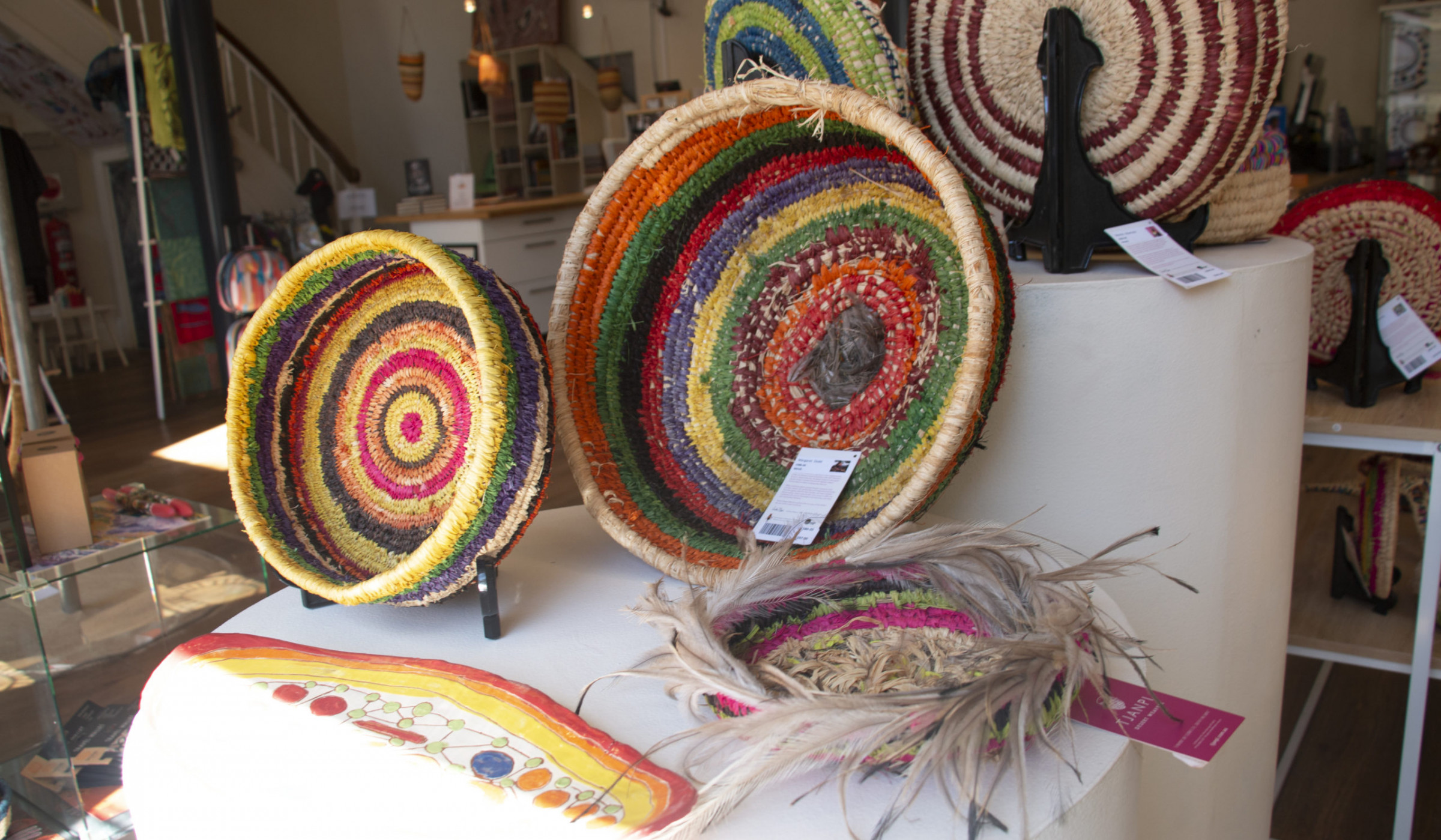 If you buy anything from the gallery of Australia’s oldest Aboriginal-owned and -run cultural institute, Tandanya, it’s guaranteed a minimum of 60 per cent of the price is returned to the artist or art centre. Pick up a painting, boomerang or clapstick to support the institution’s ongoing commitment to First Nations culture, exemplified through art exhibitions, music performances and more. 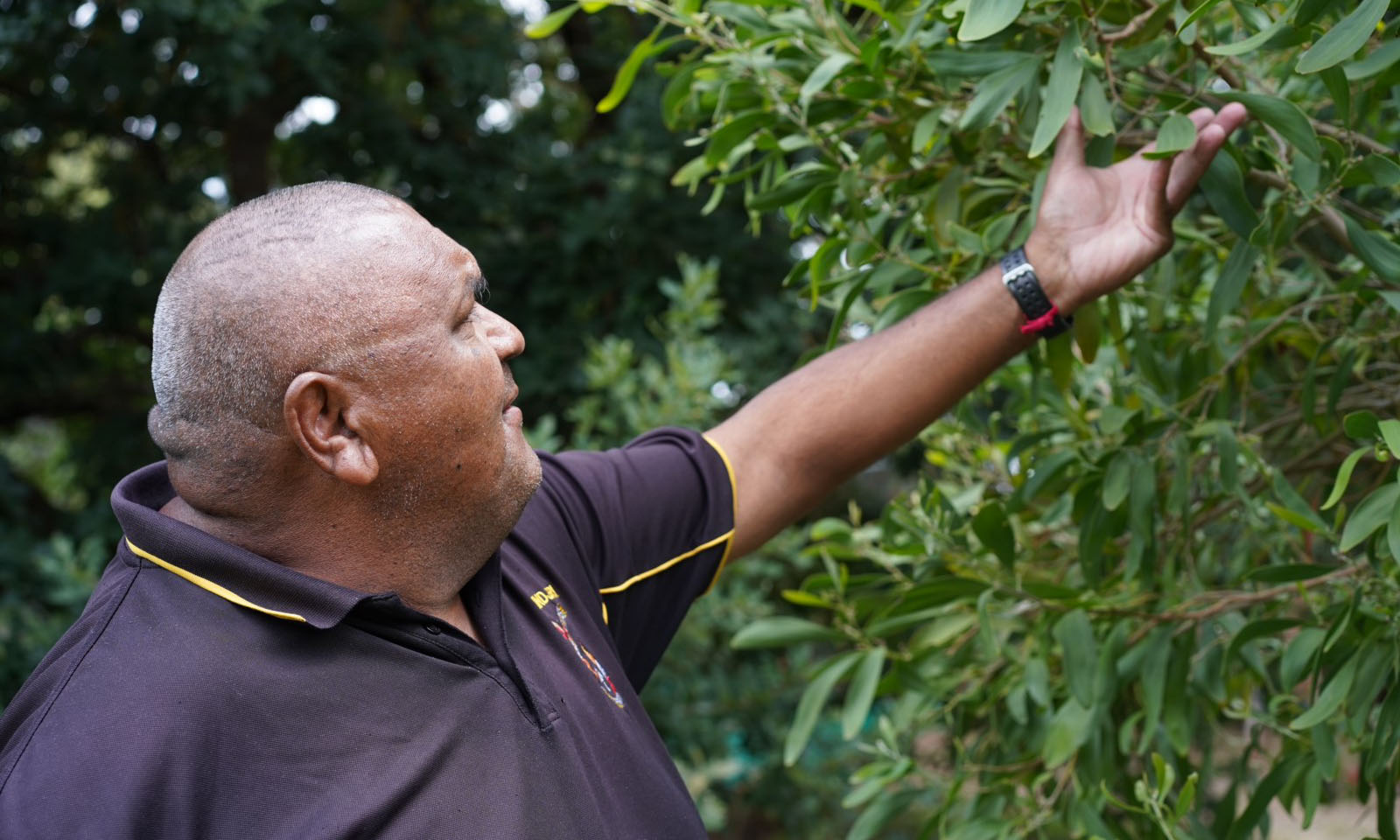 Last year, when Ngarrindjeri man Mark Koolmatrie discovered he was part Warki – a long-lost Aboriginal group that used to live in the swamps between Yundi Mount Compass and Kumerangk Hindmarsh Island before colonisation – he almost fell off his chair.

Mark runs three different tours through SA as part of his multi-faceted business Tribal Expertise Facility, that each tap into his historical knowledge of the area. 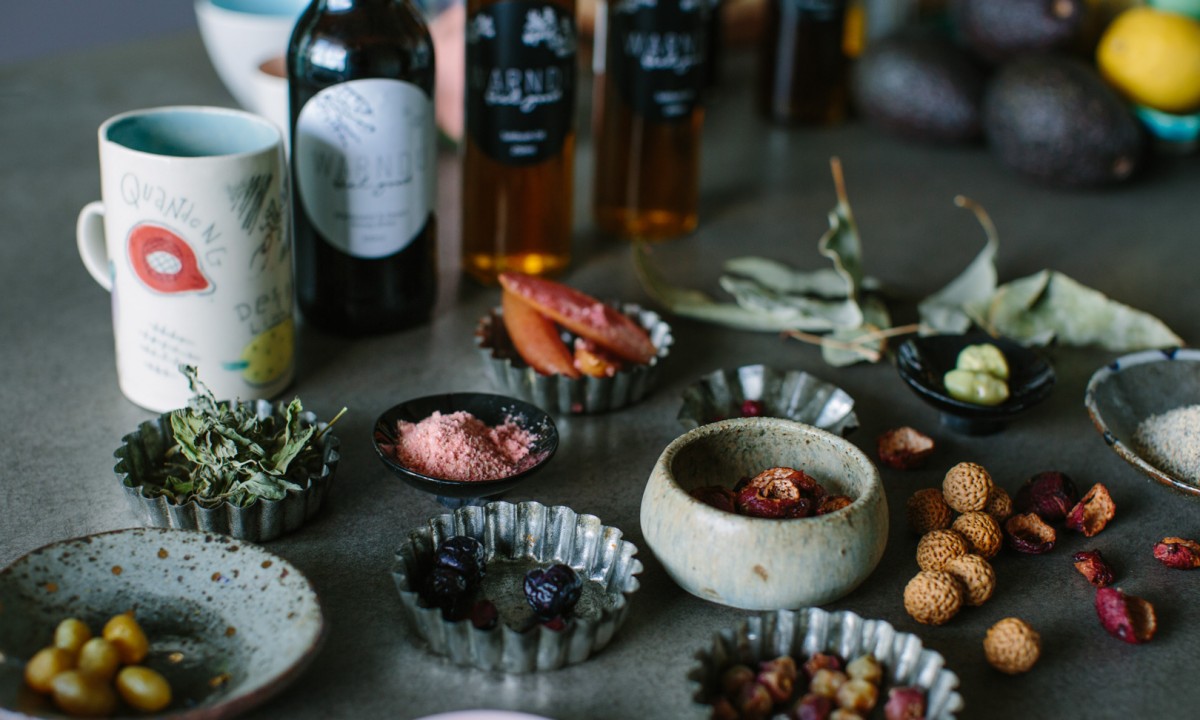 In Adnyamathanha, ‘warndu’ means good. Warndu, the business, means supplying a range of products – from bush tomatoes to essential oils, and beyond – made with natural ingredients to Adelaide consumers. It’s co-owned by Adnyamathanha and Dieri entrepreneur Damien Coulthard, and his partner Rebecca Sullivan, and since its inception four years ago has expanded and even stocks cookbooks.

Read CityMag‘s article on the duo here, and view their products online.