It's been a long time coming but the native flavours of Australia are finally making their way onto menus. This pair of Adelaide entrepreneurs are set to make sure those ingredients can be found in our home kitchen too. 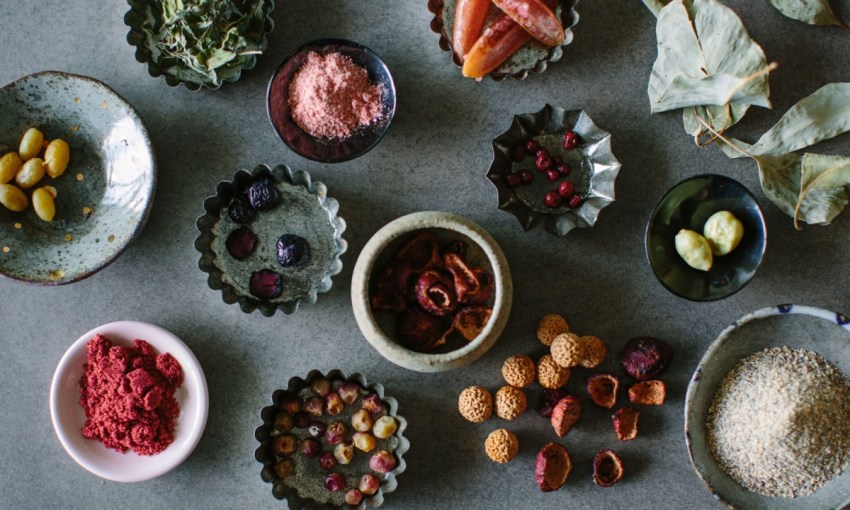 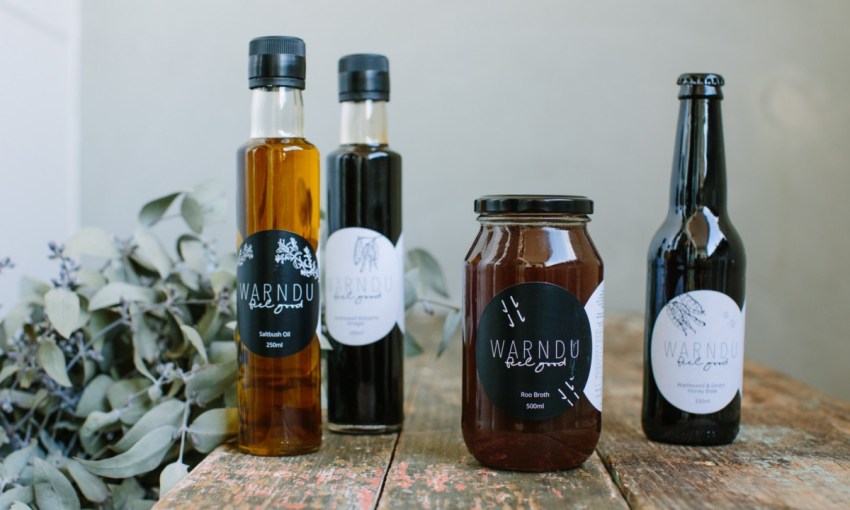 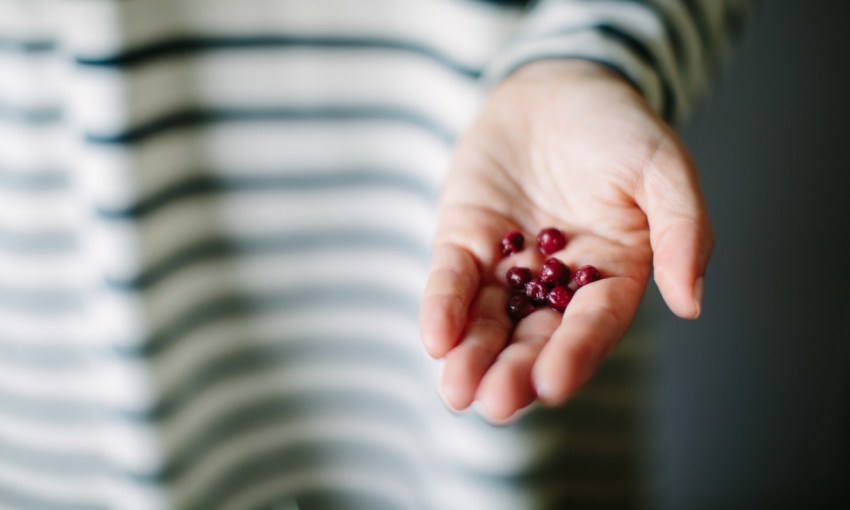 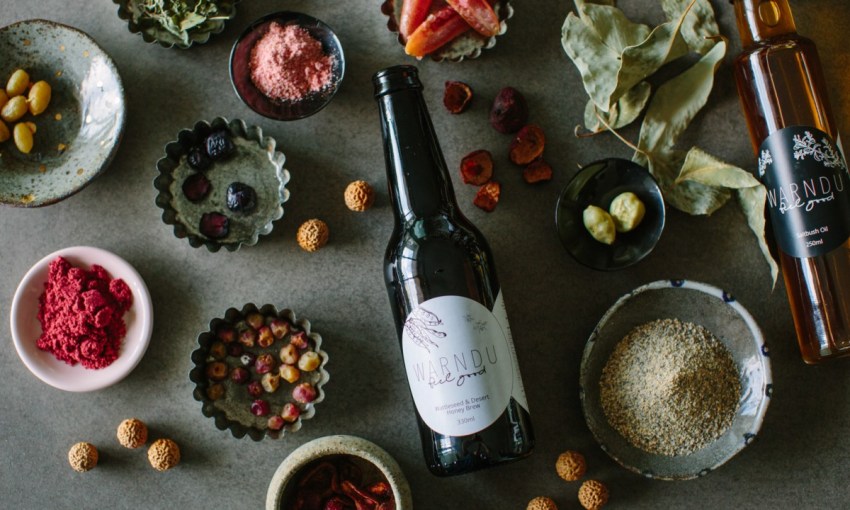 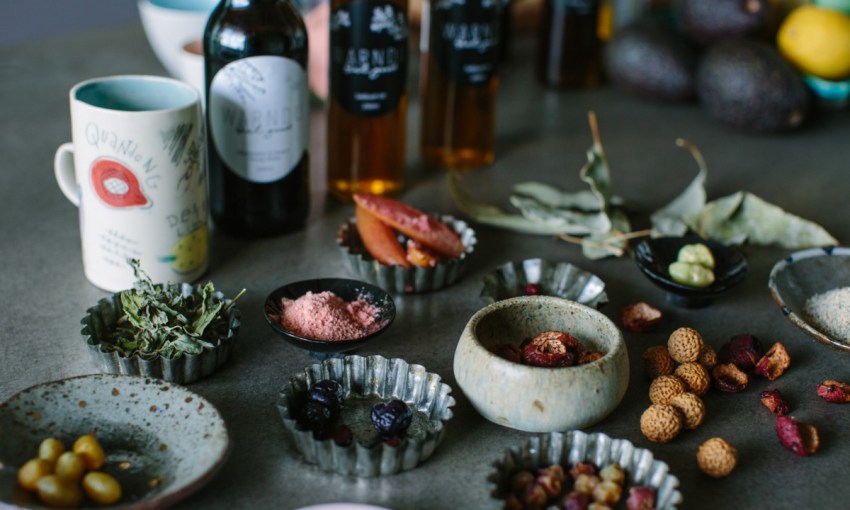 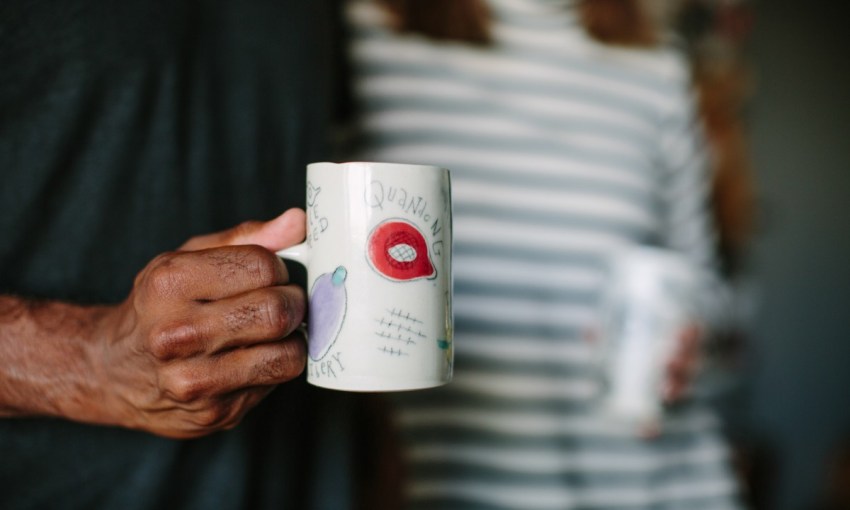 NOMA’s recent Sydney pop up made plenty of headlines and in the process drew both the local and international gaze to the wide variety of native Australian ingredients. It was a natural move for chef Rene Redzepi, who famously used his 2010 Crave Sydney International Food Festival keynote speech to decry the lack of fine dining restaurants utilising these local flavours.

Many chefs heeded his call, but while Melbourne and Sydney restaurants like Attica and Billy Kwong get much of the credit for the current resurgence in Australian ingredients, there is some movement happening closer to home.

Warndu products are available now at Goodies and Grains in the Adelaide Central Market, E for Ethel, Gilbert Street IGA and at www.warndu.com.

Local cook and author Rebecca Sullivan and her teacher partner Damien Coulthard are bringing this produce into the realm of the household kitchen with a new venture called Warndu. The business will bring a range of products – from stocks to brew bags, oils and beyond – made with native flora to retail shelves.

Rebecca has spent a decade in the field of food security and sustainability, and these themes are central to all aspects of the business. The very name means “good” in Damien’s Adnyamathanha language.

“We’ve translated that to mean good from a health perspective, but also socially good and environmentally good,” Rebecca says.

“We’re a social enterprise, so a part of all of our profits will always go back to indigenous employment or better nutrition in communities and we also want to work on horticultural programs, to plant more Australian native ingredients.”

The couple were informed by another Adelaide group acting as ambassadors for Aussie foods – Jock Zonfrillo, Aaron Fenwick and Shannon Fleming who Rebecca says have “inspired us all in the industry… I think what they’re doing [at Jock’s restaurant Orana] has longevity”.

But the idea for Warndu runs even deeper than recent changes in food culture. Rebecca is also the founder of the Granny Skills movement, which she started after the loss of her great-grandmother as a way to preserve the traditions, culture and skills of older generations. When Damien’s grandpa passed away several years ago, they both saw the idea of Warndu as a way to “regenerate culture, community, tradition, health and soil”.

Damien will work mostly on the educational side of the venture, a natural extension of his work as a teacher at Le Fevre High School and with the South Australian Aboriginal Sports Training Academy. There, he places a strong emphasis on “re-engaging students with culture and reconnecting with the community”. 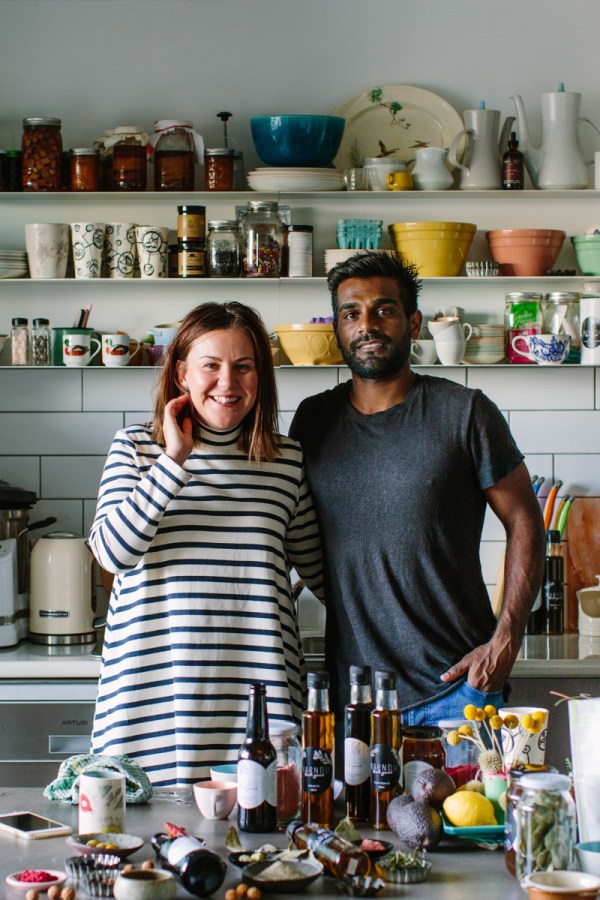 This part of Warndu reflects Damien and Rebecca’s belief that as well as establishing and maintaining relationships with many communities, it’s also essential to educate a market that has succumbed to what Rebecca calls “food racism”. This means introducing consumers to a host of Australian ingredients and helping to popularise these largely organic, low impact foods.

Even relatively known quantities face an uphill battle getting to consumers – South Australia only legalised the sale of kangaroo meat for human consumption in 1980, while the rest of the country waited until the mid-90s to follow suit.

Warndu’s first product to make it into stores was their roo broth, a nod to the kangaroo tail soup that Damien enjoyed as a kid. It will also be showcased at their soon to open Brew & Broth bar, which is set to feature offerings like free range pork and native lemongrass broth, to which native greens and native apple can be added to create what Rebecca calls a “native pho”.

Such ideas are indicative of a willingness to experiment, both with flavours and presentation, and with such a wide range of ingredients there are myriad possibilities.

From our state’s mid-North come tart, earthy quandongs and nutty, almost coffee-like wattleseed while sweet and juicy muntries are grown in the South East. Alongside these sit tropical fruits such as zesty finger limes, which have caviar-like pearls and taste like sherbet when powdered, and astringent Kakadu plums, the highest naturally occurring source of vitamin C in the world.

The “brew” in Brew & Broth, meanwhile, refers to herbal infusions that feature ingredients such as strawberry river gum, which releases a smell that recalls a sweet berry jam. Amongst all this experimentation, there is only one rule – “every product has to have at least one Australian native ingredient and if we can’t get that, we won’t do it.”