Vego’s has opened on Rundle Street

One month after being bought by Cherry Darlings Bakehouse, Rundle Street vegan institution Vego’s is back open with all your favourite burgers, wraps and soups.

The new era of Vego’s on Rundle Street has arrived, as new owner Timothy Salmon, of Cherry Darlings Bakehouse, opened the doors for the first time on Monday, 26 October.

The announcement of Vego’s impending relaunch came a month after CityMag’s keen-eyed plant-based reporter Angela Skujins broke news that after 32 years, Robin Eastwood was putting his much-loved East End vegetarian café, Vego and Loven It on the market.

We sit with new owner Timothy after a “hectic” first day, just as the kitchen shuts at 3pm. Timothy is overwhelmed with the response for Vego’s first day of trade.

“I was hoping for hectic,” he says.

“It was wonderful. The old customers were coming in, and we were getting feedback from them: ‘You’ve got it exactly how it used to be.’

“You know, 32 years of nostalgia that we had to follow up on, that’s hard. Obviously, we’ve changed the place dramatically from what it was. So we’ve got to rely on the tastebuds.” 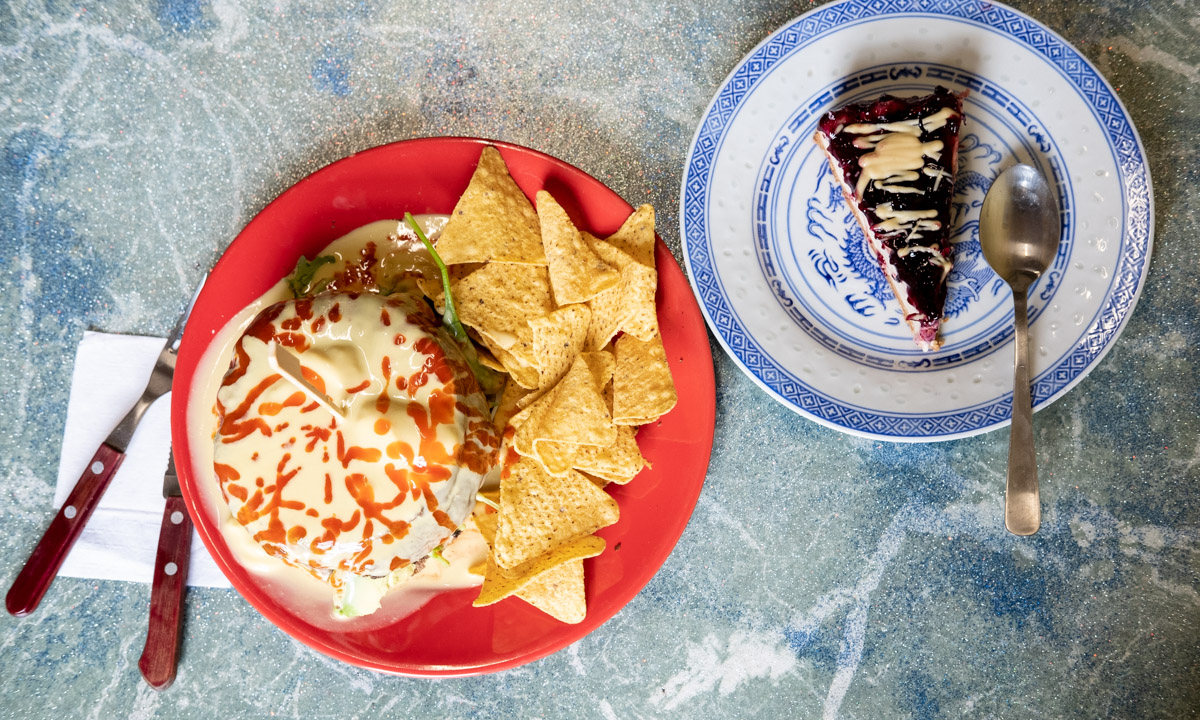 A Mexican Chilli Burger with cheesecake for dessert – all vegan

Timothy’s team spent time training with former Vego and Love It owner Robin over the last month, in order to learn the recipes that have made the café a success for its 32 years.

“A lot of it was ‘a dob of this, a pouring of that,’” Timothy laughs, “so Grace has just killed it.”

The full list of burgers, wraps, soups and salads is now available, with the addition of some Cherry Darlings Bakehouse pies and cakes. 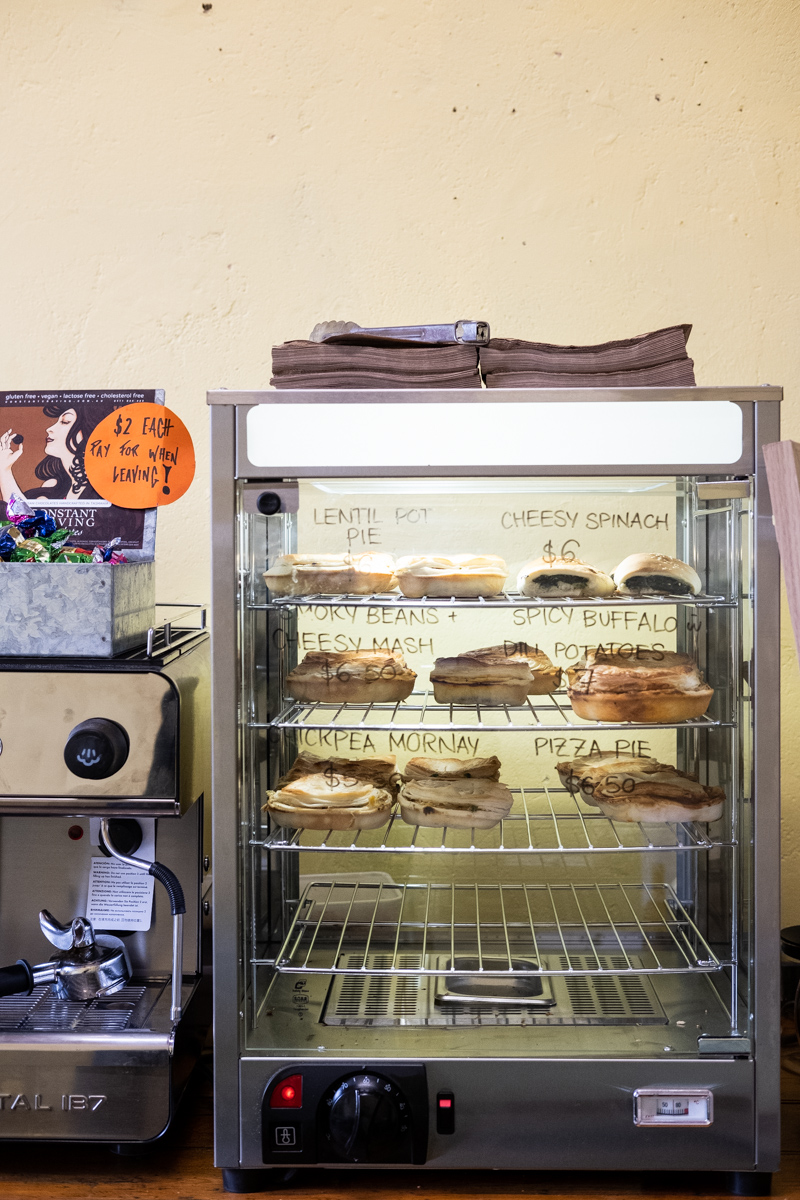 Much has changed in the Australian consciousness in regards to vegetarianism and veganism in the 32 years since Vego and Loven It launched, but Timothy sees that trends have turned towards Vego’s old-school vegan offering.

“Everywhere is doing mock meats, and that’s one thing that this place fits this weird niche of – it’s not full health food, but it’s not mock meat, full of fried fat sort of thing,” he says.

“They’re still heavy, they’re still filling, you definitely know you’ve eaten after it, but you don’t feel heavy from a lot of fake cheeses and meats and that sort of thing.

“That’s a weird niche that has somehow evolved to become cool again.”

The only immediate change to operations is a streamlining of the café’s back-of-house. The fit out has been given a freshen up, with plenty of the cute, kitschy aesthetic still left in the space.

There is a nod to Robin in the framed hand-written notes that were once taped to the front door, warning potential patrons that if they found the door locked during operating hours, to not bother knocking or calling. 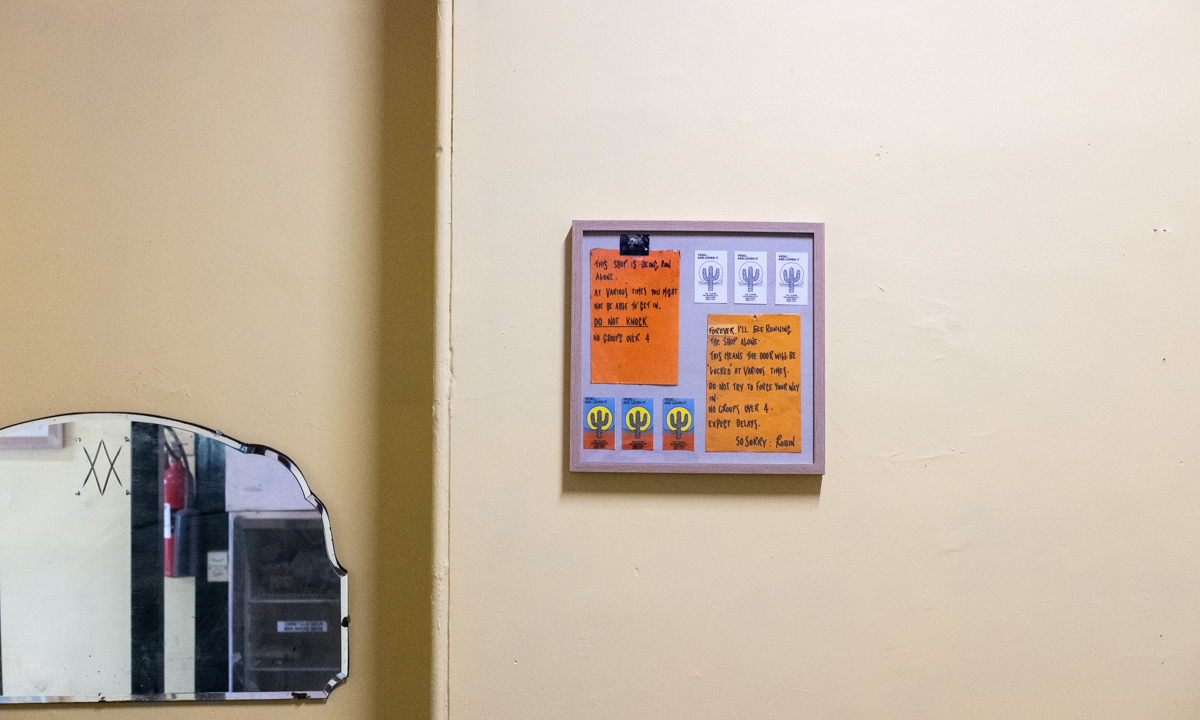 Once the new Vego’s is settled, Timothy plans to incorporate more of the Cherry Darlings range into the offering, and he is already looking into online ordering and signing up to third-party delivery services.

“Integrating the two businesses is definitely going to be something we’re going to [do], and maybe Uber Eats, Friday night dinners, things like that, and special nights,” he says.

“I have been questioning whether I want to take over the next-door space and have a little bar there eventually.”

Timothy also wants to make the menu, which is vegan, more accessible, by bringing in a gluten-free bun option.

He also hopes to work with the City of Adelaide to make the venue more accessible.

Installing a lift is not a financially feasible option, but he hopes to work with council to include on-street dining to provide an easy seating option for people with a physical disability. 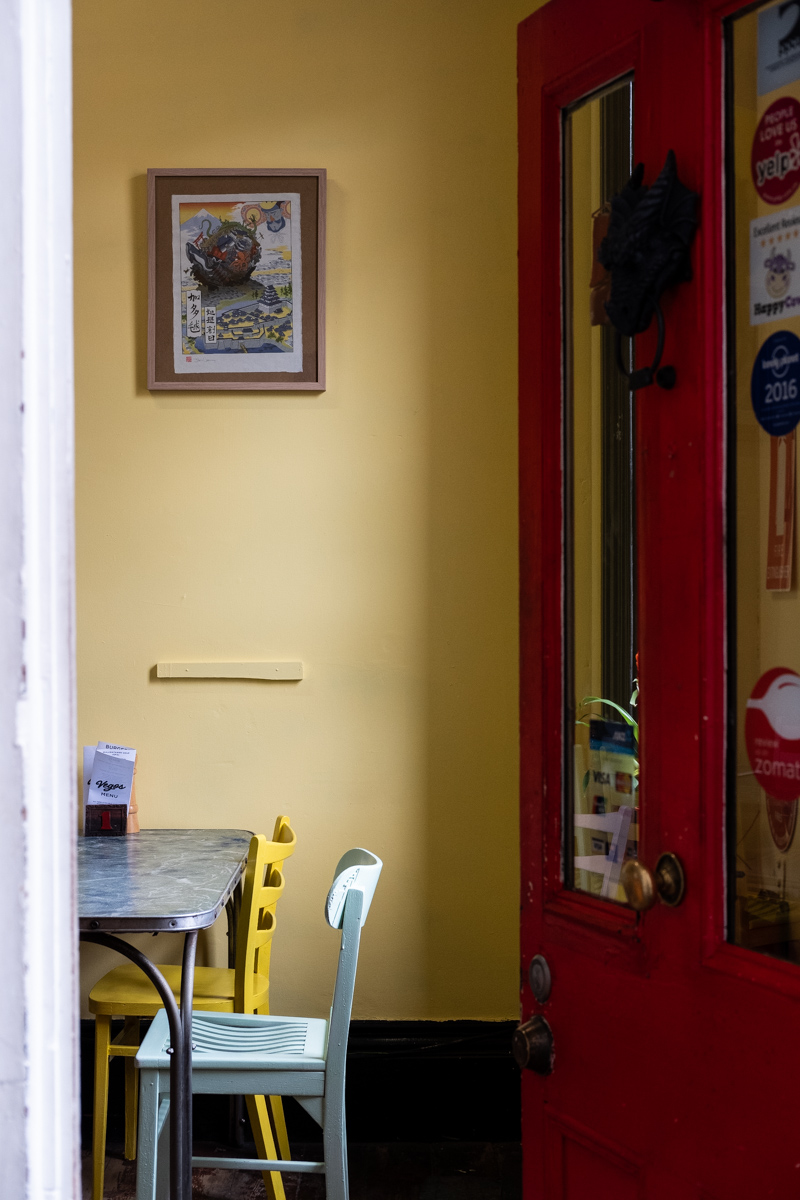 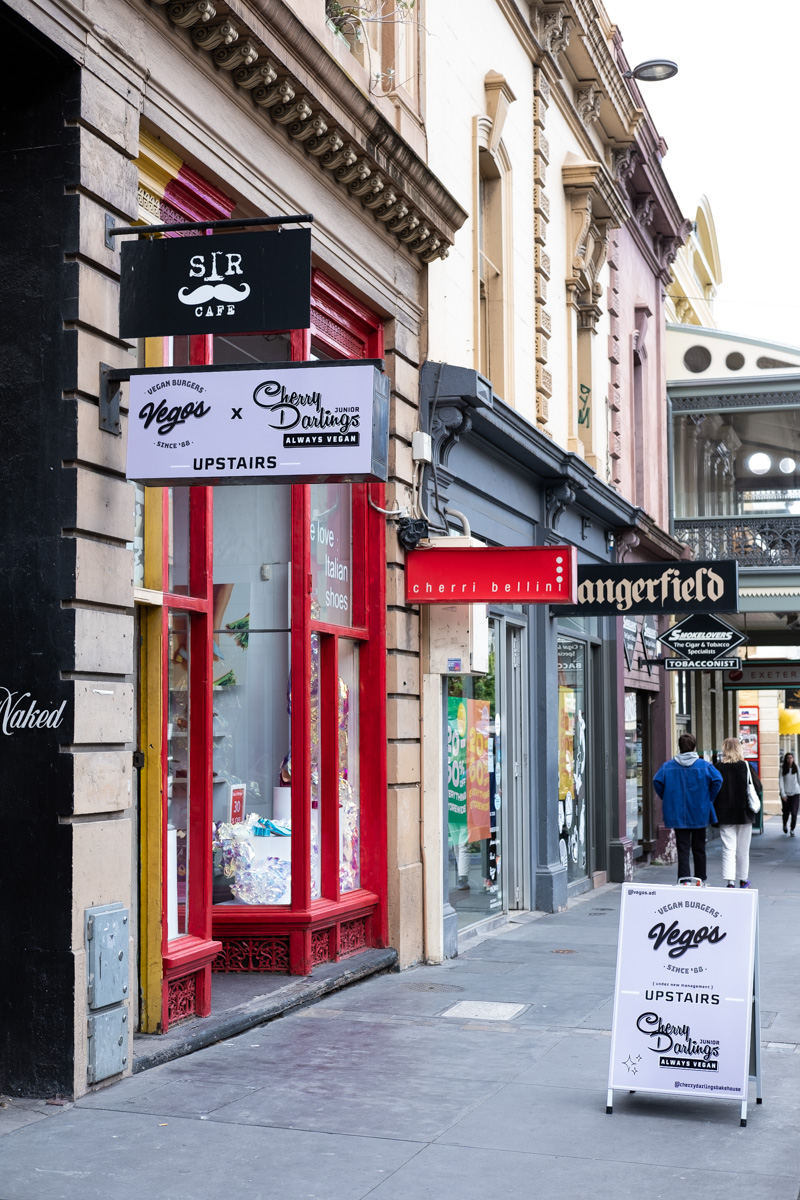 Timothy has long wanted to bring Cherry Darlings into the city, and the Vego’s lease provided an affordable way to do that. He’s excited to now be contributing to the East End in what he sees as a period of transition.

“I love the East End. It’s in a weird stage at the moment,” he says.

“There’s no set [idea of] what it is. Hindley Street’s your party street, Rundle Mall is just too expensive for anyone, unless you’re a chain. Rundle Street still has some edge to it.

“And it’s got a mix between this and high-end Italian leather shoes directly below us, but then the RSPCA is opening their op-shop next door, then you’ve got Dangerfield, you’ve got Nudie Jeans. It’s just a melting pot.

“And we’ve got Staazi & Co just down the road, and the Cranker, and the Exeter. It’s a cool area, and I think as long as it doesn’t get taken over by big chains, it’s going to keep Adelaide a little more relevant.”