The return of The Store

After sitting empty for two years, The Store is now home to Floristry by Sally Wotton, Loxley Coffee and fashion outlet Lesser Store, who have combined to enliven the prominent North Adelaide site. 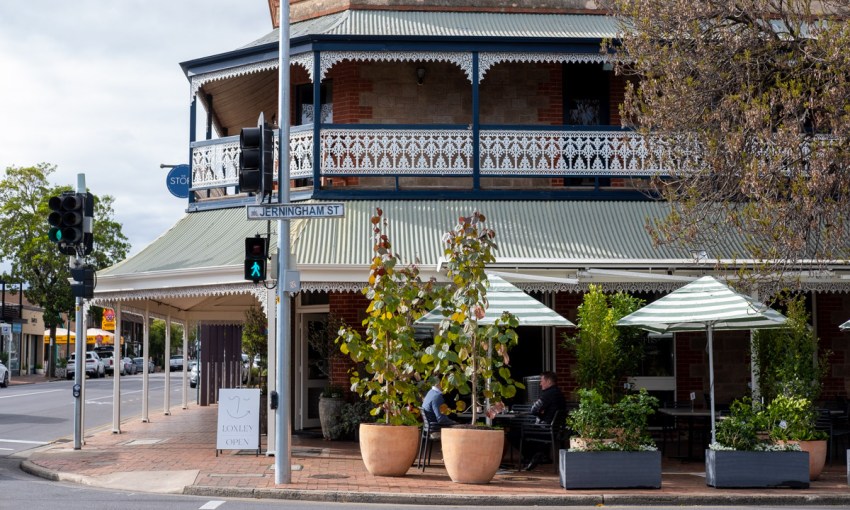 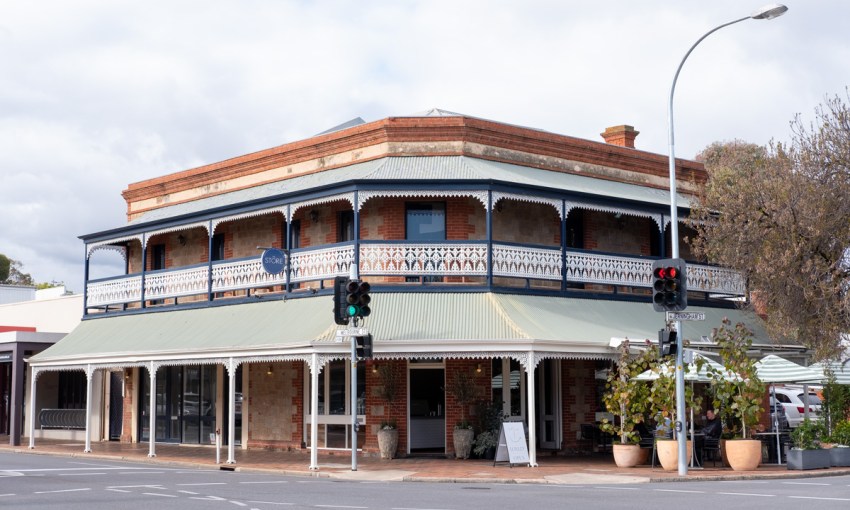 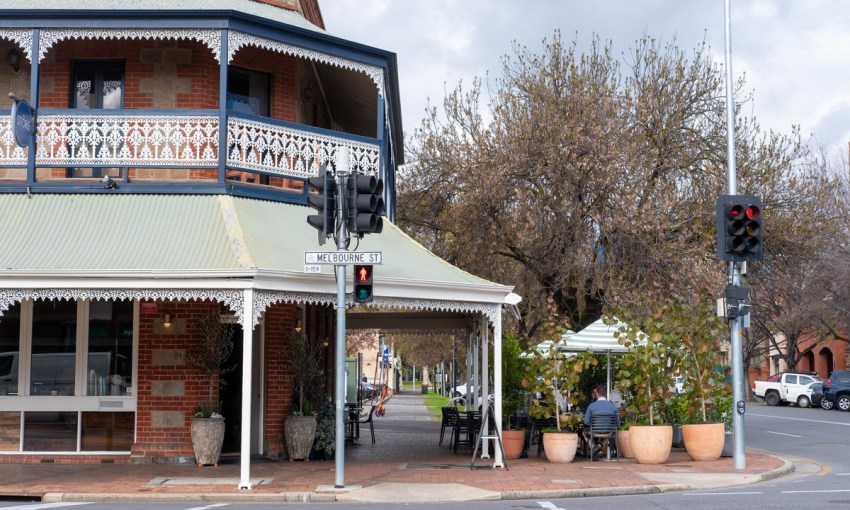 The Store in North Adelaide has awakened, with a convalescence of young businesses breathing life into the Melbourne Street corner tenancy.

The space, now called The Store by Sally, hosts head tenant Floristry by Sally Wotton, as well as the second iteration of Loxley Coffee, a café founded in Kent Town by Attaboy’s Robby Lippett and Greg Maitland of the GM Hotels Group.

Sally, who is Greg’s sister, has been located on Melbourne Street in varying forms for the better part of the last two years, starting as a pop-up out front of fashion store Saintgarde for a year, and then another six months in a tenancy next door to the boutique.

“I knew I’d outgrown that space very quickly, because it was only so wide and quite thin,” Sally says.

“I knew I had to stay on Melbourne Street to keep my clientele happy, and we just thought, ‘Wow, this is a great space’.”

Prior to its closure in 2020, The Store had been a North Adelaide mainstay for more than two decades, but Sally was not aware of its history as a community meeting point.

“I didn’t really realise that; I’m Sydney born and bred. So there was no pressure there,” she laughs.

Since launching through Saintgarde, Sally has found North Adelaide to be a loyal clientele, one which understands and appreciates her approach.

“I’m very fussy. I do love just a quality flower,” she says.

“I found the community very loyal if you give them a good product and go that extra mile to look after them. And yeah, the response from here has been amazing.”

Robby was on the lookout for opportunities to expand Loxley to a second store and was pitched the idea of bringing it to North Adelaide by his business partner, Greg, who orchestrated the lease for the site.

As a former North Adelaide resident, Robby went into the project with a slightly better understanding of the local clientele’s attachment to the site, but the first few weeks were still a matter of listening to and learning from his new customer base.

“The first two weeks I was here 6am all day, just sitting and watching,” he says.

“I was observing and getting feedback and changing and changing. I think we got it right now.

“North Adelaide people aren’t afraid to tell you how they feel and what they want, and that’s what we’re here for. We’re here to give them what they want.”

The new Loxley features the exact same offering as the original – a rotating list of seasonally appropriate pastries, sandwiches, salads and soups, prepared by GM chefs in consultation with the Loxley team. There is also the same Dawn Patrol-roasted coffee, in espresso and filter formats – a relationship Robby is proud to carry into this site.

“I don’t think we’d be able to do what we’ve done in this shop without Dawn Patrol,” he says. “We just didn’t buy a machine and they dumped it at the door. They held our hand through the whole process, and that’s why we’ll continue to have that relationship.” 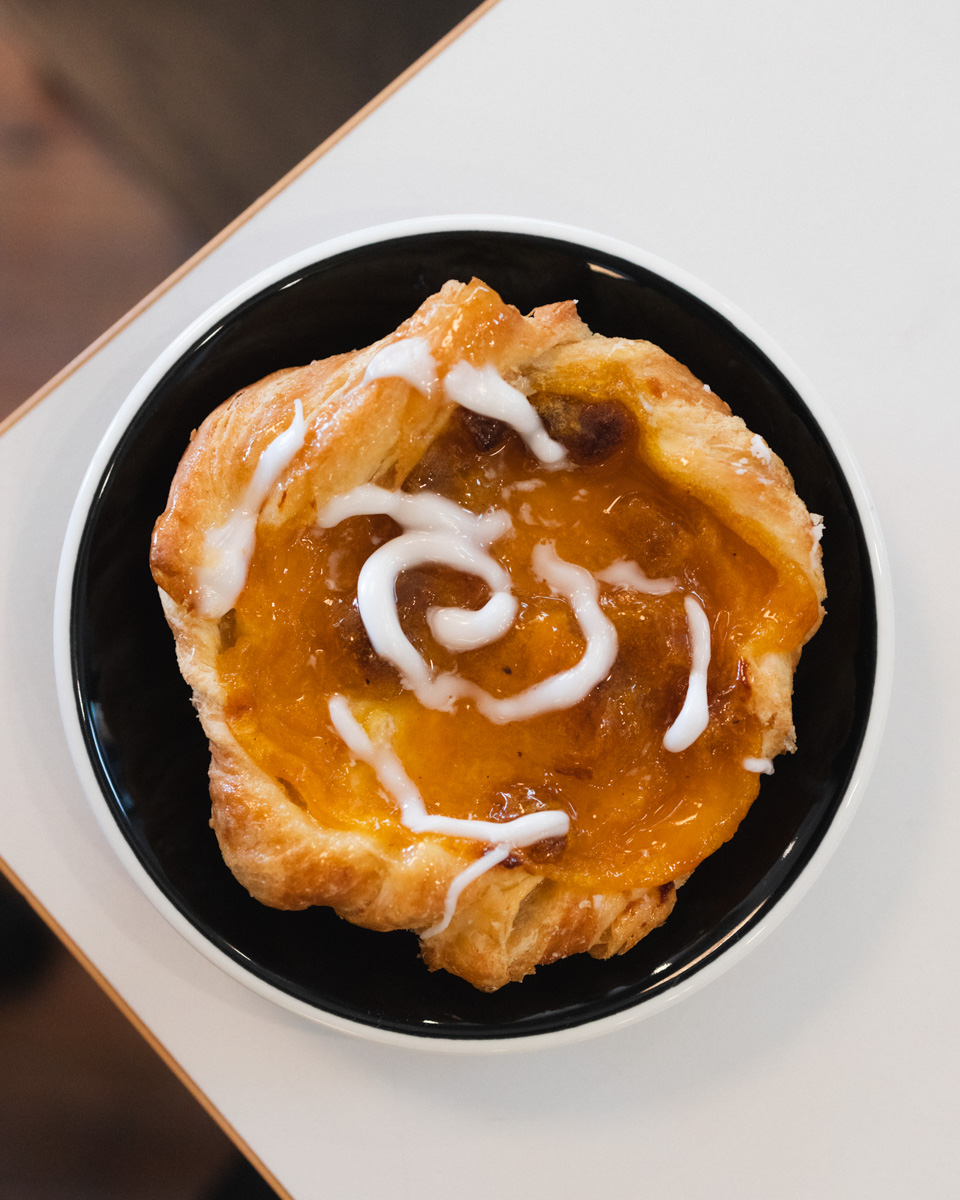 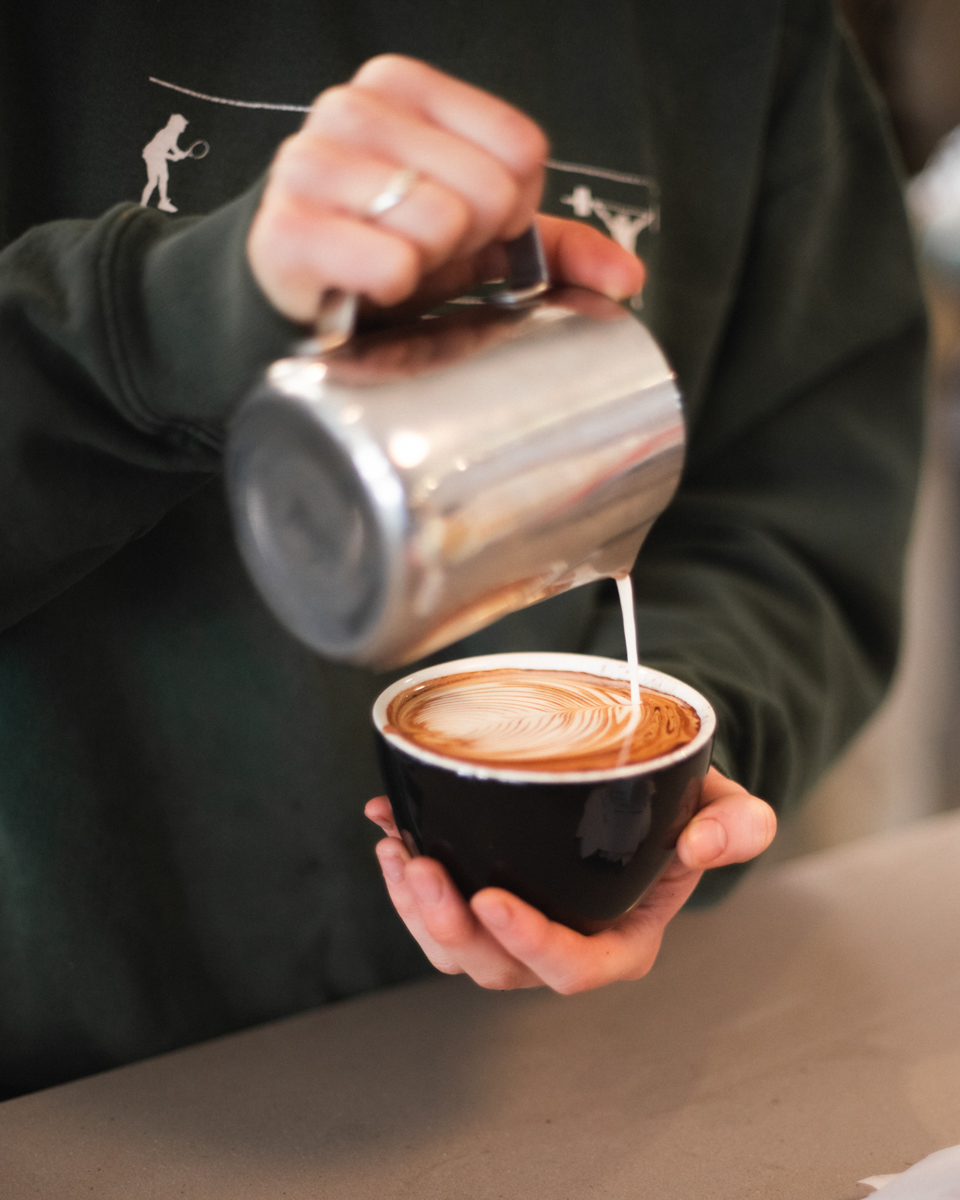 In addition to his two Loxley shopfronts, Robby has four Attaboy stores. He says key to the growth of both businesses has been the relationships that have allowed him to take on new opportunities at a lower risk.

The first Attaboy store opened in a warehouse space out the front of Richmond café Karma & Crow; and in Kent Town, he originally shared with Tell Henry (in the space that is now Loxley) and now splits the tenancy with tattoo studio XO Temple. 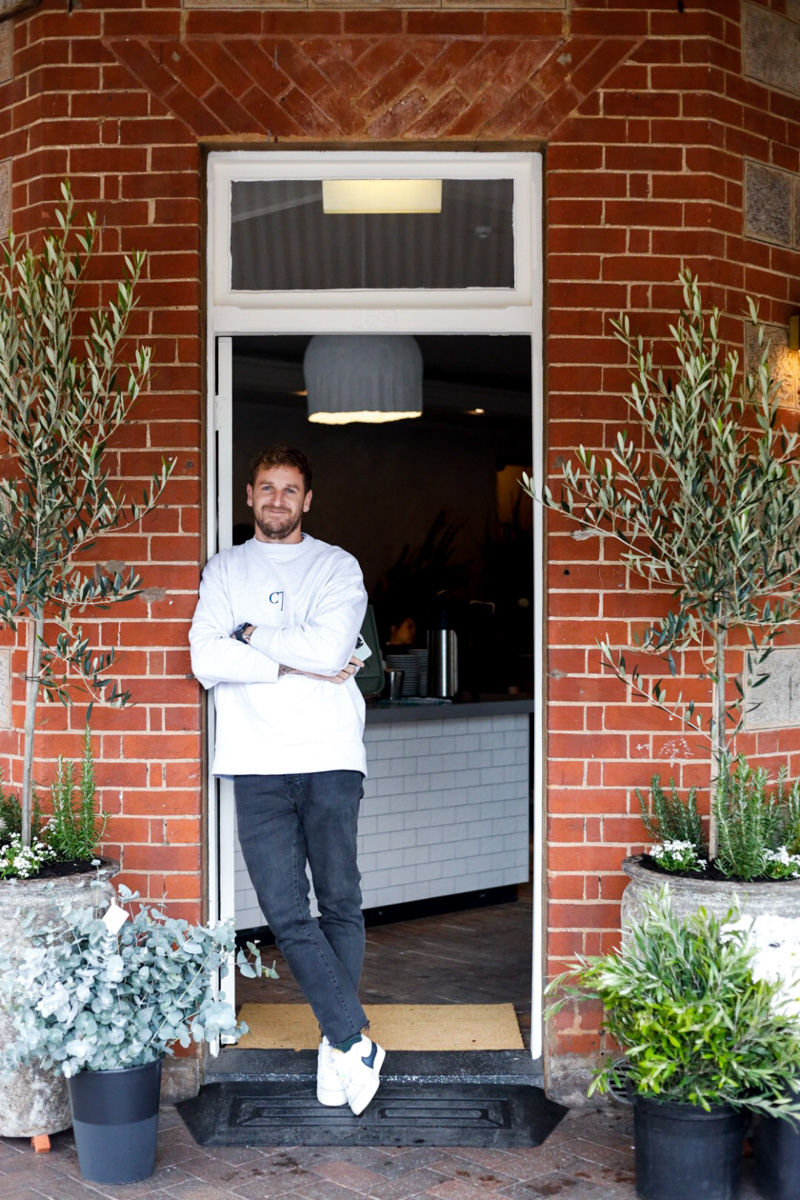 “I think that’s the way guys like myself are venturing down,” he says. “Like, tattoo artists are doing subleases with barbershops and cafés, and it’s kind of working, because it’s not the whole risk.

“For me to come in and sign a huge lease and put a big bank guarantee down and, you know, you’re dropping $50,000 before you’ve even got the keys. It’s too risky.

“Where, for example, someone like Jaya [Suartika] came in with XO Temple… it’s just low-risk, and I think that’s the new avenue of business now, minimising that risk and collaborating.”

Sally says the coming together of her floristry business and Loxley – as well as Lesser Store, when it launches – has created a “family-orientated feel” in the venue.

I think it just works well,” she says.

“I probably have a mix of age groups, and so the Loxley vibe has brought more younger people to the street, which is great for the street.

“[It’s] great, in the time we’re in, particularly, that we can support each other. And who doesn’t love coffee and pastries and flowers?” 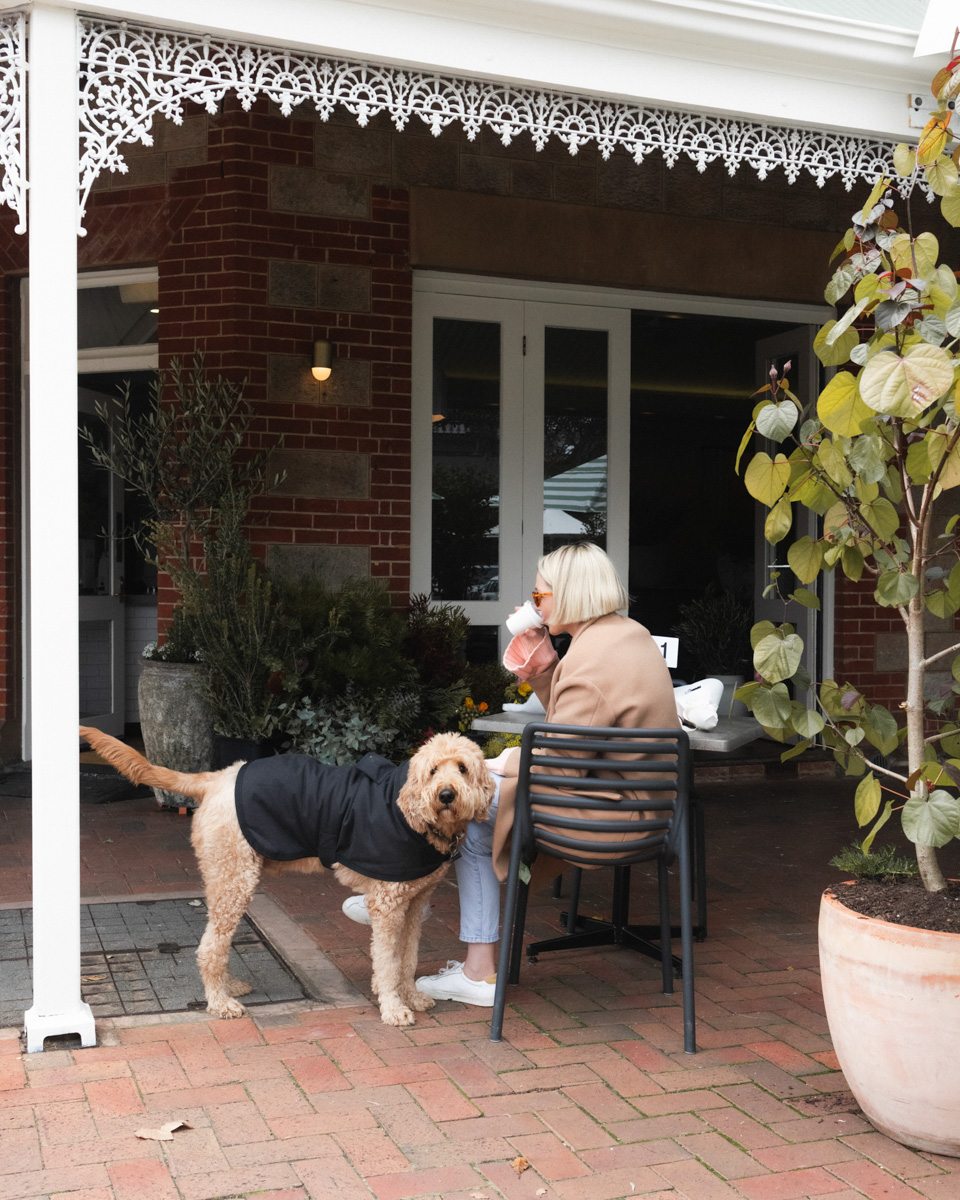 This image: Cute (and also supplied)

In conversations Robby’s had with locals, he’s found a similar sentiment.

“Everyone’s really happy that The Store’s open again, something’s on this corner,” he says. “It’s such a beautiful intersection, so much going on, and to have such a nice building empty was sad to look at, so everyone’s happy that’s going again.”

The Store by Sally is located at 157 Melbourne Street and opens 7am ‘til 3pm Monday to Saturday and 8:30 ‘til 1:30 on Sundays (though Robby says this may change as the weather warms up).