On Friday, 26 February, after a short and intense build period, new café Loxley has launched in Kent Town.

The space was formerly home to Tell Henry, but, following their exit from the building, is now operated by Robby Lippett, who founded hair salon enterprise Attaboy, which also operates within the building.

Attaboy launched in 2019 and in two years has since grown to three outlets.

Robby credits Attaboy’s impressive growth trajectory to its proximity to other successful businesses.

The first Attaboy store opened in Richmond at the roadside tenancy abutting popular west-side café Karma & Crow. The café’s foot traffic gave the nascent business – which launched with only one barber (Robby) and one chair – great exposure.

“Having thousands of people at that business a week, people think ‘Oh, there’s a hairdresser there, or a barber. I don’t need a haircut now, but in two weeks I can’, or, ‘I can bring my son down and I can have a coffee.’ It worked hand-in-hand really well.” 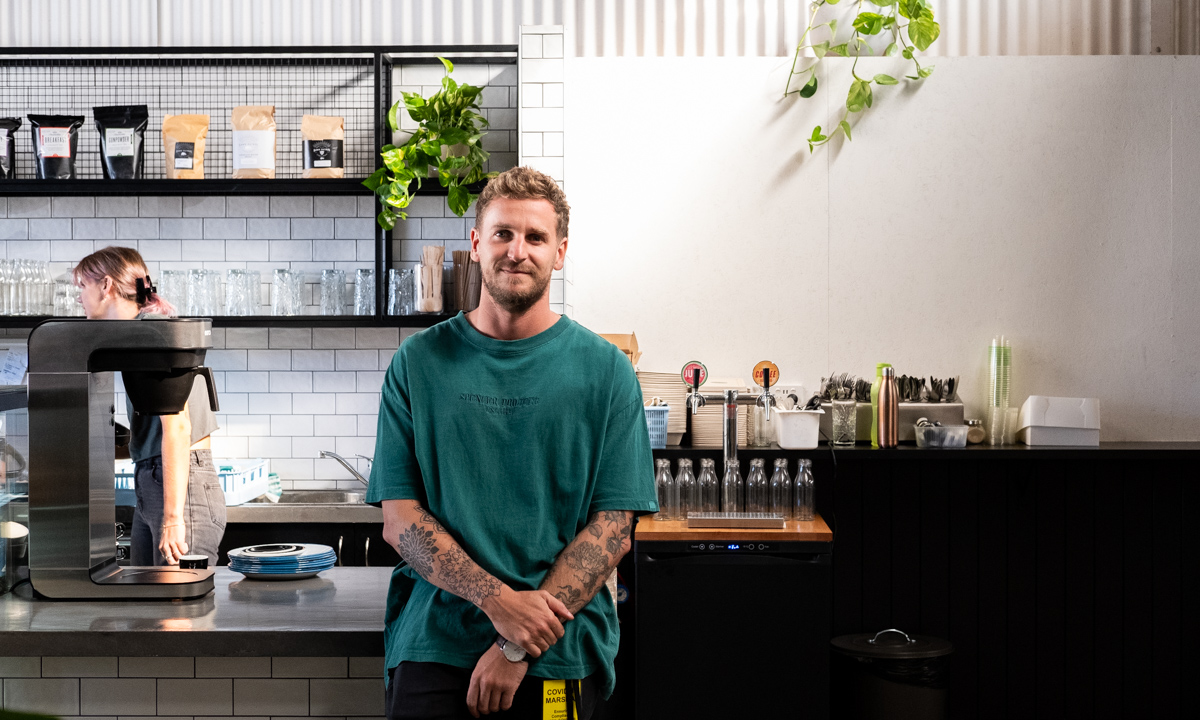 Attaboy came into Kent Town hoping for a similarly symbiotic relationship with their café neighbour.

“We were asked by the owners of the café to sub-lease. There was an opportunity available, and I grabbed that with both hands and it worked out really well,” Robby says.

When Tell Henry left their long-time home, the vacancy they’d left presented both a threat and an opportunity to Robby.

“We signed a long lease and if there wasn’t a coffee shop next to us, if it went to offices or it went to storage for a mechanic, we would’ve been in strife,” he says.

“So I thought the best thing for me to do was to throw my name in the hat and put everything I’ve got into it.

“I had to protect Attaboy, which was the priority, and dabble back into hospitality.”

Robby came up in hospitality through the GM Hotels Group, going from glassy to managing the Tower Hotel in Magill by his early 20s.

By age 28, he had fallen out of love with the industry and instead pursued a career in barbering, having come from a family of hairdressers, and soon after opened Attaboy.

With Loxley, Robby has taken a step back into hospitality, partnering with Greg Maitland of the GM group, and bringing on barista, hospitality gun and Pilates teacher Lucy Cooper to manage the venue. 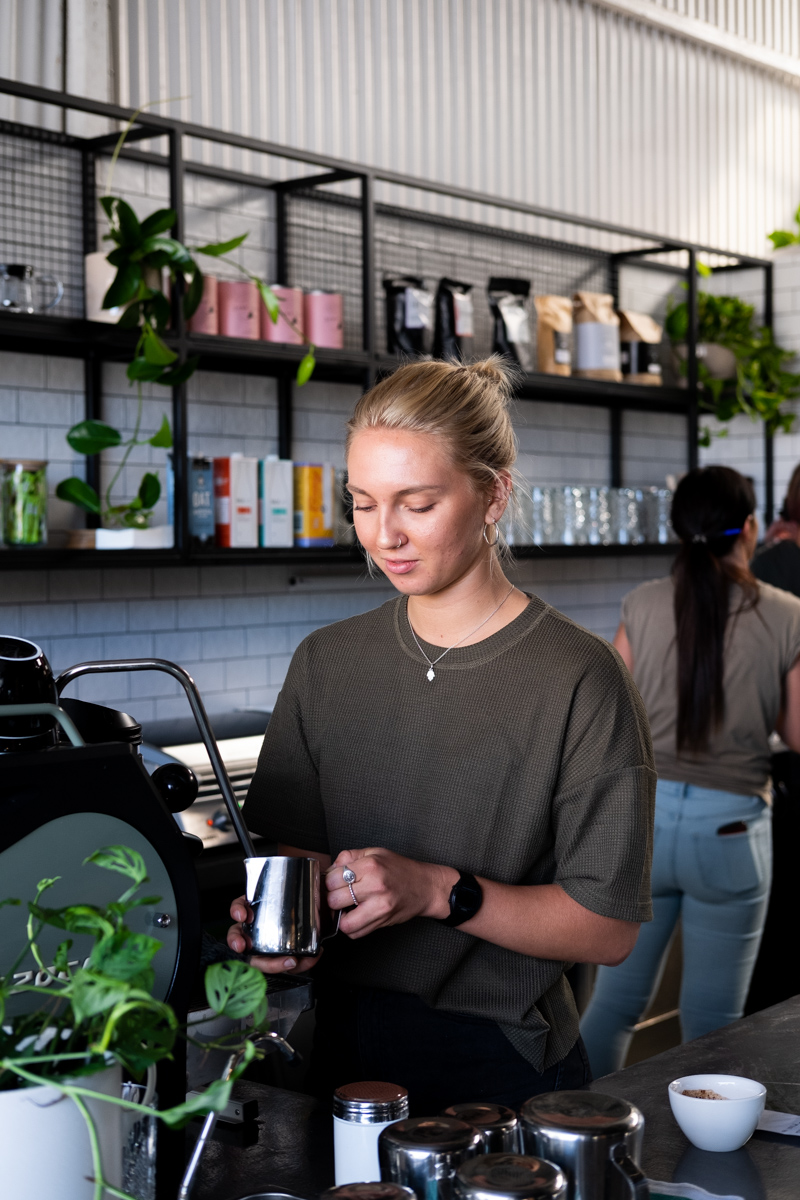 Lucy has spent a large portion of her hospitality career at Karma & Crow, where she met Robby, and she’s excited to be part of Loxley’s founding team.

“I’ve always wanted to open my own café, so it’s… a very exciting opportunity to be involved with opening a new place and getting a good crew together,” she says.

“We’ve got a pretty wide variety of people with hospitality knowledge, and I think, at the end of the day, it’s just about having good humans there and [providing] good service.”

The café pours Dawn patrol coffee in espresso and filter variations, and there are some juices and tap coffee products available from Squatters Collective and Mischief Brew.

Loxley also has pastries from Abbots & Kinney, and there are grab-and-go breakfast and brunch options, including sandwiches, breakfast brioches and a selection of salads.

The food is prepped daily offsite in the Republic’s kitchen, and then assembled in-store to order.

“Lots of salads. So big bowls of salad, which we’ll have probably about eight recipes, which we’ll rotate three or four a day,” Robby says.

“Just good, healthy, fresh food. There’s not much in that area.” 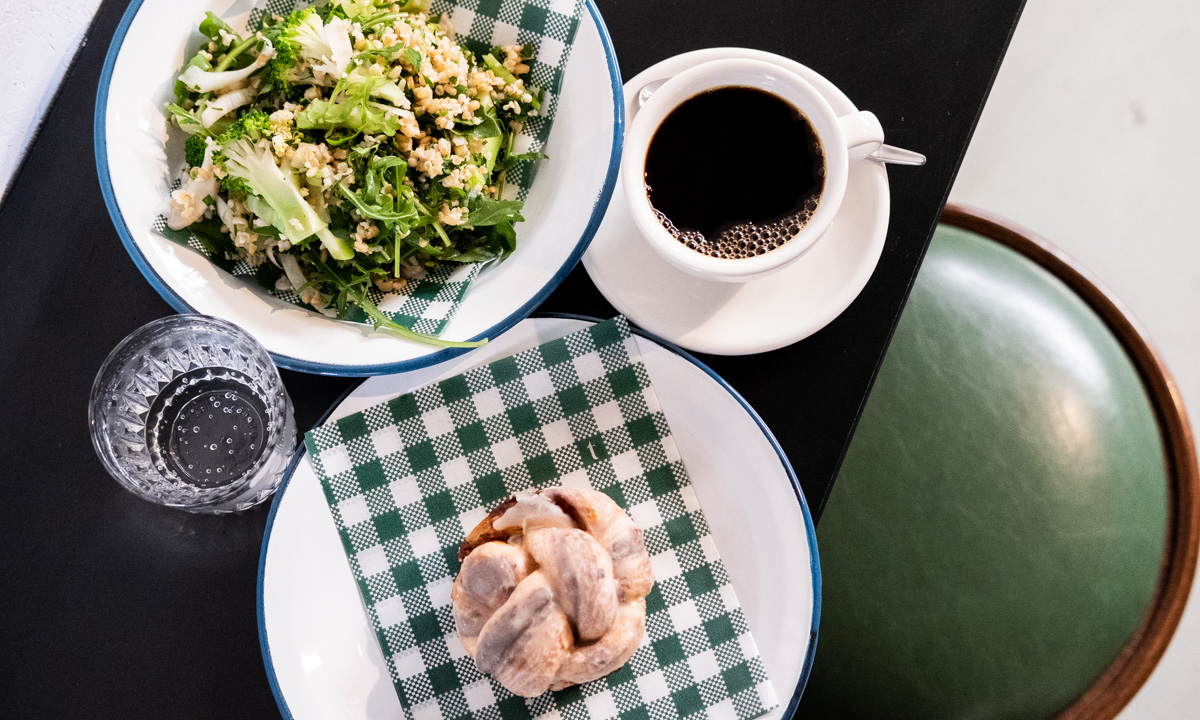 Loxley’s construction has created a significant refresh of the space, with a partition towards the back removed to allow for a much more open environment. Greenery from Stonecrop is strewn throughout.

There is bar seating along one wall and couches opposite, with a high table in the middle. The bar seating features power and USB stations to allow patrons to settle in spend some time, should they feel the need.

The branding has come from Design People, who also designed the Attaboy identity. The Loxley name has come from Robby’s nickname: his full name is Robin and at one time in his childhood he was dubbed Robin of Loxley.

Both the choice of green and the use of arrows and arrow-like latte art in the branding are homage to the famous Hood. 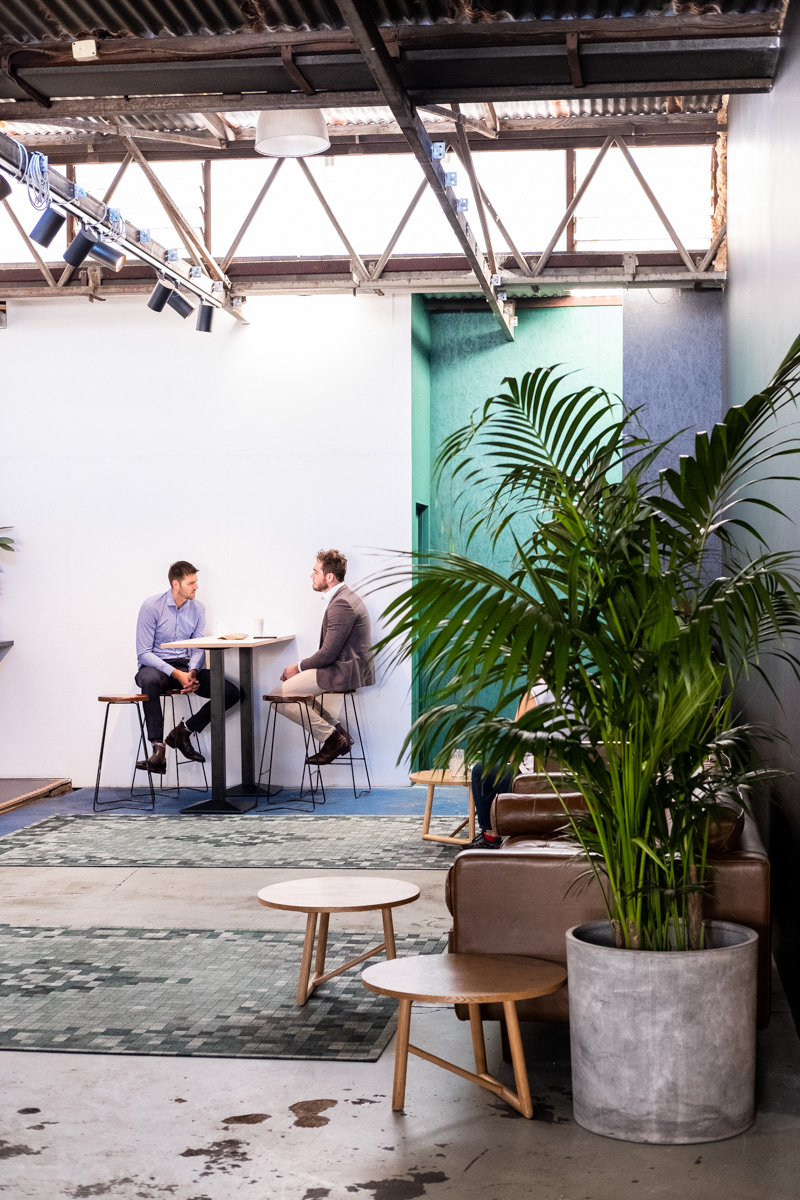 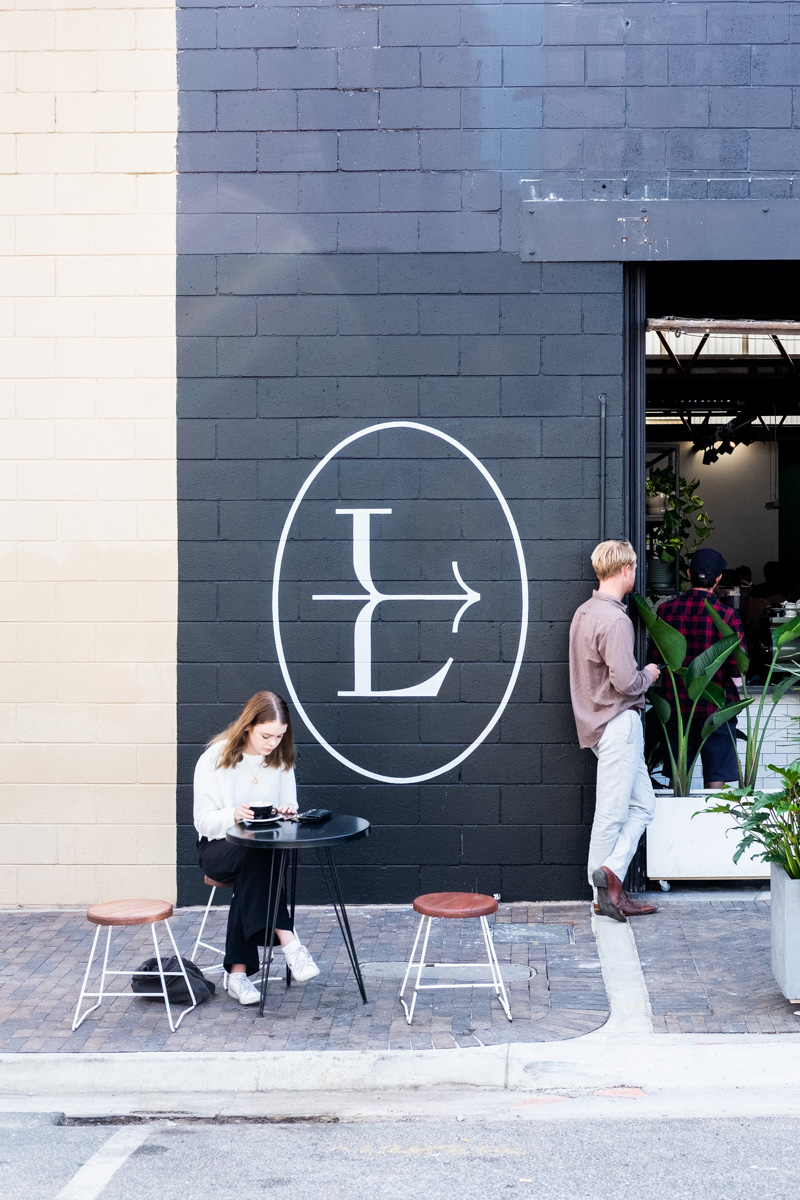 Robby has no plans to take Loxley to other sites – but he tells us he also hadn’t planned for Attaboy to expand beyond one store for at least the first five years.

“We’ll see how this one goes… If it goes well, business is business, if an opportunity came up in a cool spot that hasn’t got much competition and it was the right vibe, yeah, we’ll look at it,” he says.

For now, the focus is on settling into this new Kent Town shop and getting comfortable having a foot in both the salon and hospitality worlds.

Loxley is located at 20 The Parade West in Kent Town and operates from 7am ‘til 2pm seven days a week.