A new venue by the Sunny's crew really takes their 'not pizza' concept to its logical conclusion.

Two-and-a-half years ago there were too many bars opening up in Adelaide, say the founders of Sunny’s Pizza on Solomon Street. And so the group – consisting of three bartenders and one chef – opened a restaurant instead.

In 2019 the time is right for a bar they say and Thousand Island will deliver tropical style drinks and an ever-evolving list of imbibes to cater to the crowd that is either waiting for – or had enough – pizza in their restaurant next door.

1000 Island
A cocktail bar focused on tropical-inspired drinks is in the design phase with Studio -Gram and newly instituted UFO Agencies. The bar at 15 Solomon Street is slated to open in the second half of 2019. Sign up to CityMag’s weekly digital missive to stay up-to-date with the project as it evolves. Follow 1000 Island on Facebook and Instagram.

Due to the cruel fate of small business, Sunny’s Pizza’s neighbour – Fairweather – shuttered operations earlier this year and all but handed the keys to Joshua Dolman, Rob Denisoff and Ashley Wilson of Sunny’s.

“What happened to Fairweather sucks,” says Joshua Dolman, “but we were always talking to Simo (Simon Heinrich, owner of Fairweather) about ways we might be able to help him out before he finally closed in February.

“There were plans for us to maybe take over a small portion at the back of Fairweather to reduce their rent and help them keep going,” says Josh.

For Simon Heinrich the opportunity to exit his lease early was welcome news as he worked with landlord Econ Group and the Sunny’s group to work out the best case scenario.

“It was good timing for me, personally,” says Simon. “I had reached the point where the business wasn’t losing money but the road to profit looked long and I just needed to re-think what I was doing. There’s always been a great respect between myself and the Sunny’s guys, so I’m glad the space is going to them.”

Thousand Island is about timing in many ways, from the fact that Ash, Rob and Josh all thought the market was saturated in 2016 to the availability of space right next door and a new investor as well.

“We always wanted to do a bar,” says Rob Densioff, “but at the time we were gearing up to do something, there were just too many bars popping up in Adelaide,” says Rob about the Small Venue Licence activations in the city. 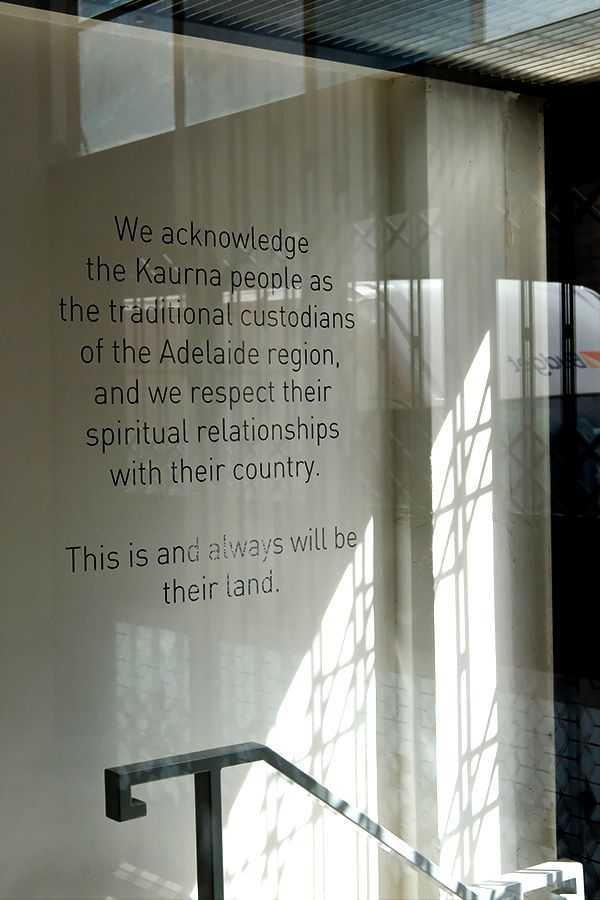 “Every man and his dog was opening a bar,” says Rob.

CityMag asks whether the owners of Thousand Island all now own dogs?

Joining Ash, Rob and Josh in the new bar next door to Sunny’s Pizza is a new partner, Daniel Vaughan, who’s currently working at Osteria Oggi.

“I was talking to Rob and Josh and Ash before they opened the pizza shop about doing something, but got the chance to buy into Crippen Place and so I ended up taking that opportunity,” says Dan.

Thousand Island is a testament to the strength of the group’s resilience over the past seven or so years and makes for an exciting project as the team reunite under one roof to render their vision of what an Adelaide bar can be.

An ambitious program of renovations is about to start, with the team looking to reverse the venue’s main entry and have punters enter their bar from the laneway at the back of the property. “The designers have come up with this air lock concept, which is pretty great,” says Josh.

Initial drawings of the venue look unlike anything CityMag has seen in Adelaide – or Australia for that matter – but still there’s work to be done by architects, Studio -Gram and design partners UFO Agencies to resolve the final fit out.

CityMag’s take on Thousand Island is that it’ll work well sandwiched between Sunny’s and Cry Baby on Solomon Street.

The venue – when it arrives in the second half of this year – will serve as a nice middle ground between the raucous, jukebox-inspired Dad Rock anthems blaring out at Cry Baby and what The Australian’s food critic, John Lethlean labeled the “impossibly cool” musical influences at play in Sunny’s Pizza.

You should expect Thousand Island to have all the refinement of a venue led by some of Adelaide’s most experienced bartenders and globally-recognised architects and designers, but you should also expect all the irreverence that comes from a group of people running a business on the other side of Adelaide’s nine-to-five spectrum.