The coffee, breakfast, brunch and lunch venue is the first new project to open its doors on Solomon Street - making it ground zero for the latest laneway transformation in Adelaide's West End. 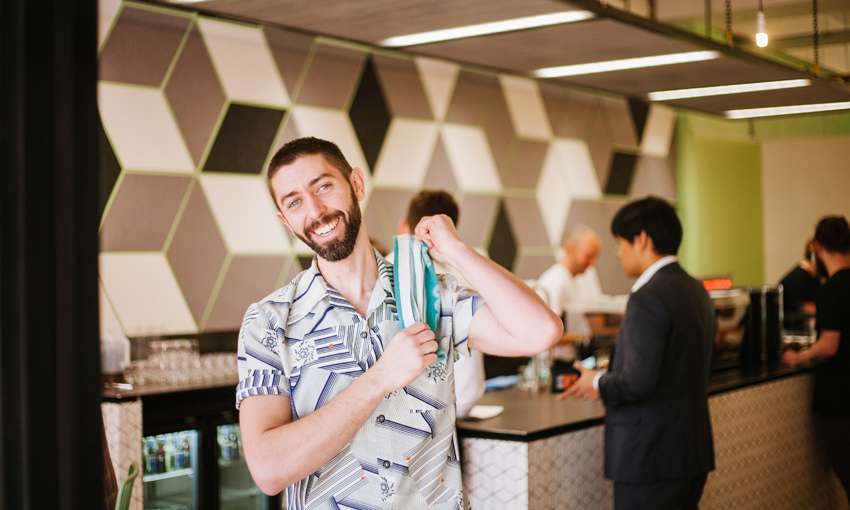 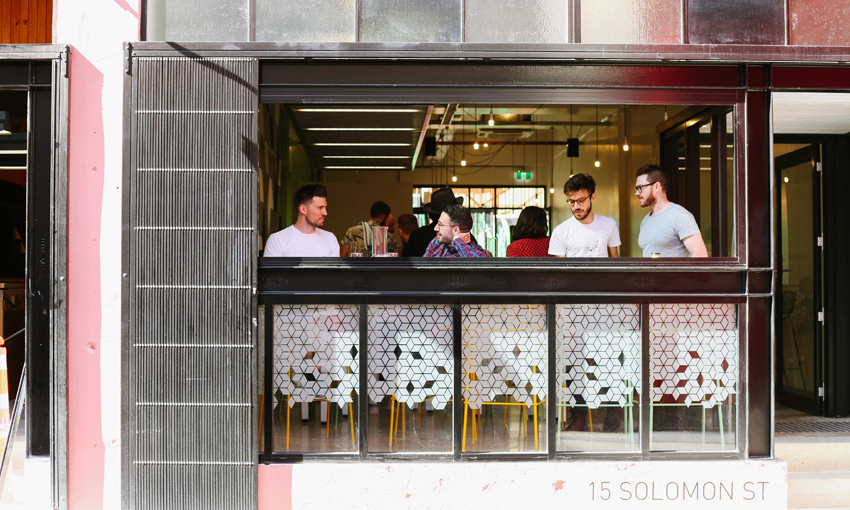 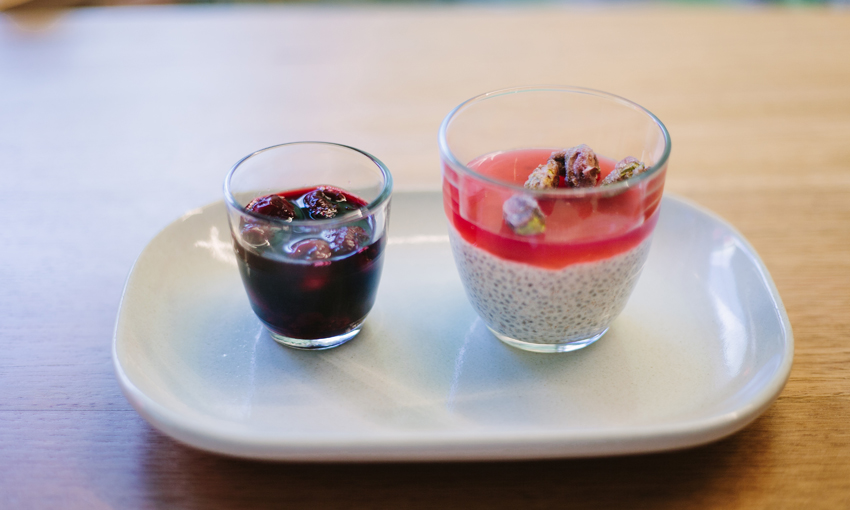 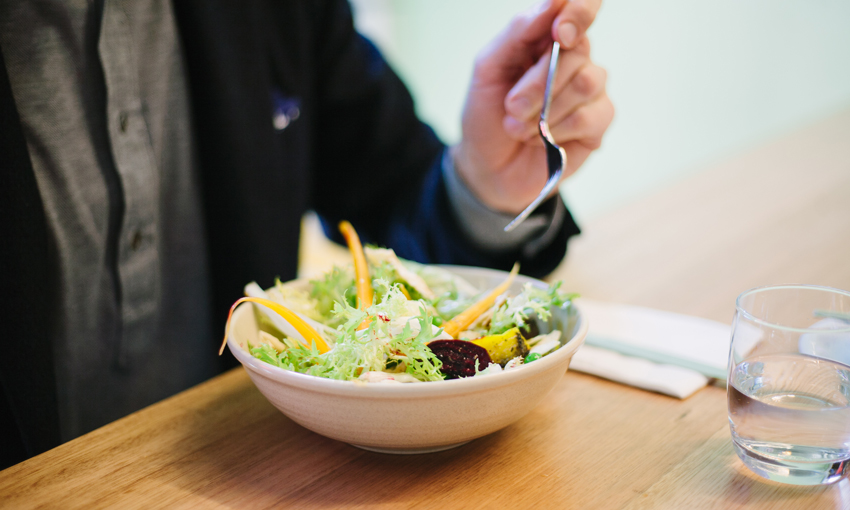 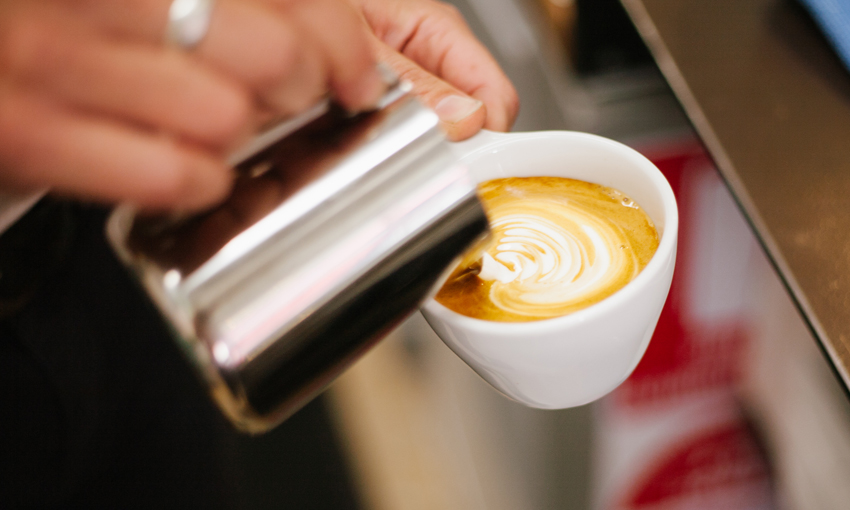 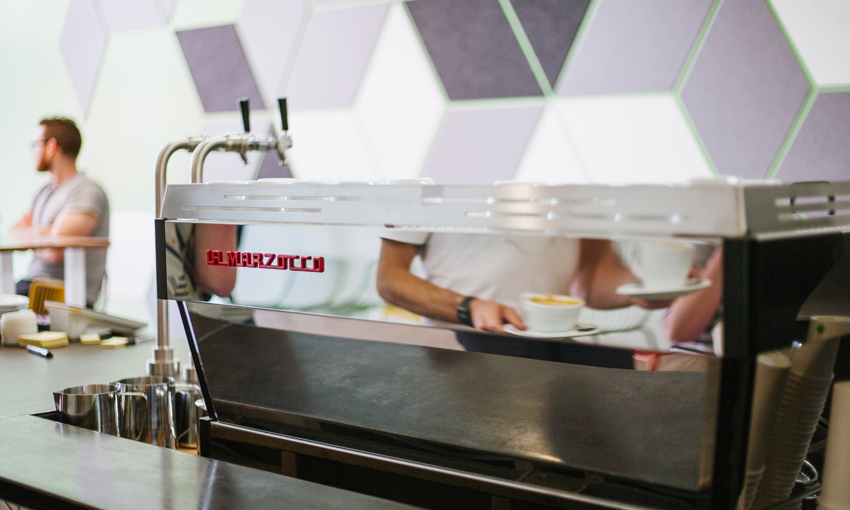 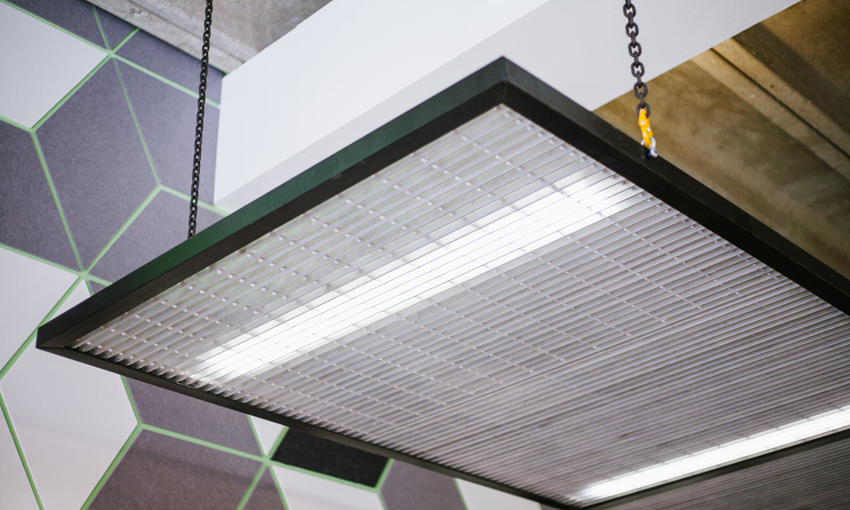 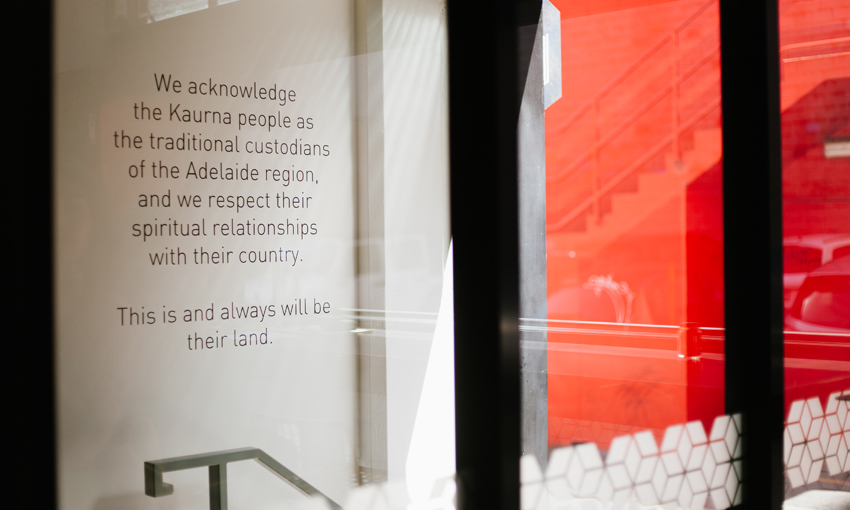 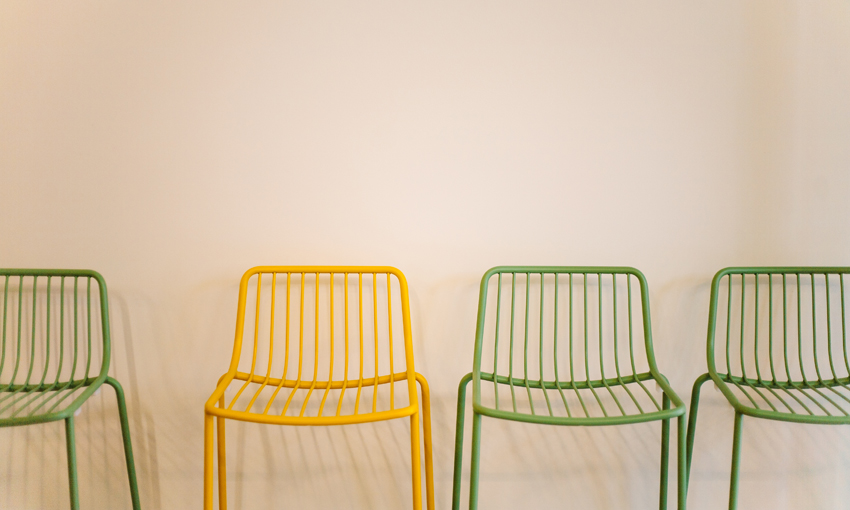 For months, Simon Heinrich has been building his café with his own two hands.

Located in a network of little laneways tucked between Hindley and Currie Streets, the transformation of his section of the old Powerplant Building is extreme. From its former life as a car park, the long skinny shop has become a clean, stylised venue that retains hints of its industrial past.

“I’ve always loved minimalist stuff and deco as well – so, with those two thing together and the repeating patterns, it creates a simplicity,” says Simon – who worked on the design of the shop with designer Sam Jeyaseelan.

“Most of the design started with those tiles [on the counter]. We got them and thought, how can we use them? So we’ve been playing with angles throughout the space. We built this [triangular] table, which I designed and made the table legs for. It’s modular and pulls apart so you can rearrange it into different shapes.” 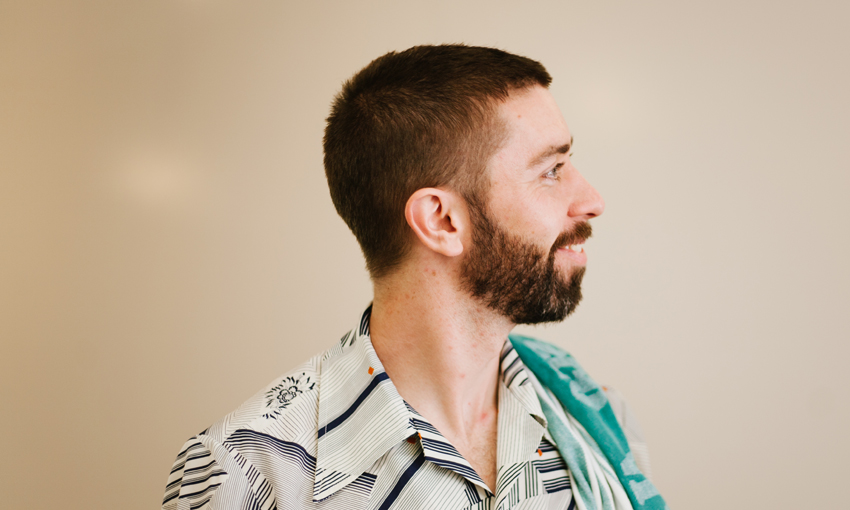 The months of DIY construction work ended this morning, when Simon opened his doors to the public for the first time.

By 9.30am Fairweather was already busy – full of Adelaide coffee professionals like Bar 9’s Ian Callahan and Monday’s Jarrad Sharrock, as well as neighbours from the nearby Adelaide Symphony Orchestra and KWP! Advertising, excited to have such a readily accessible coffee spot.

Open from 7am every weekday and 8am on Saturday, coffee is central to Fairweather’s offering. Having worked at Please Say Please and Exchange Specialty Coffee, Simon is among Adelaide’s best-rated baristas and is choosing to serve beans from Melbourne’s Small Batch Roasting Co. at the café.

“It’s fricking delicious,” he says in reference to the Candyman blend Fairweather is pouring. “It’s sweet and acidic, but it’s actually got some balance to it as well, so you get a reasonable amount of body to it – that’s the way the blend is designed.”

The food menu mixes old and new staples with a luxurious touch – the ham and cheese croissant features comté cheese, the chia pudding comes with sour cherry and the sandwiches are built over crusty, fresh bread.

There’s more to come in the future too – Simon has plans to apply for a liquor license, and his presence on the laneway will only be augmented when his neighbour – Sunny’s Pizza – opens up in the coming days. But for now, Fairweather is a great start for what is fast becoming Adelaide’s next laneway destination. 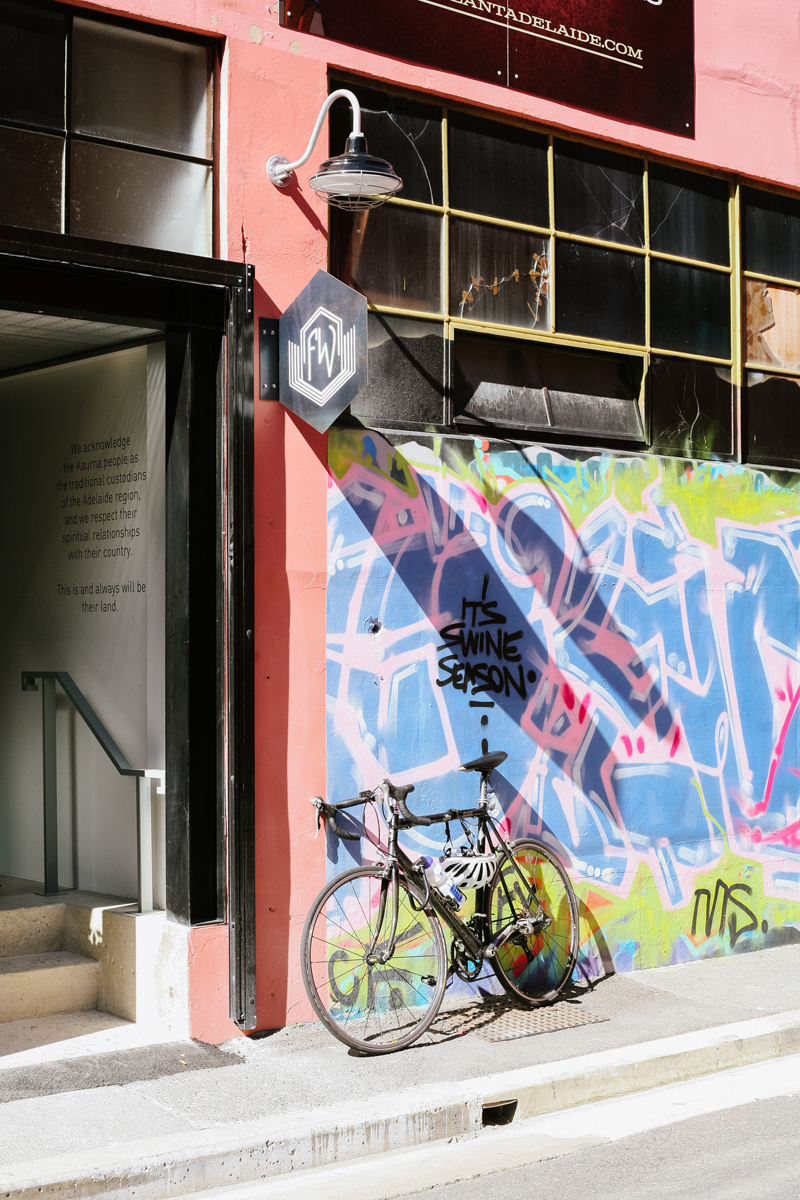