Pizza in the Powerplant

The ECON Property Group’s redevelopment of the Powerplant building at the corner of Burnett and Solomon Streets is placing the site’s history (and some delicious pizza and coffee) at the centre of the building’s future. 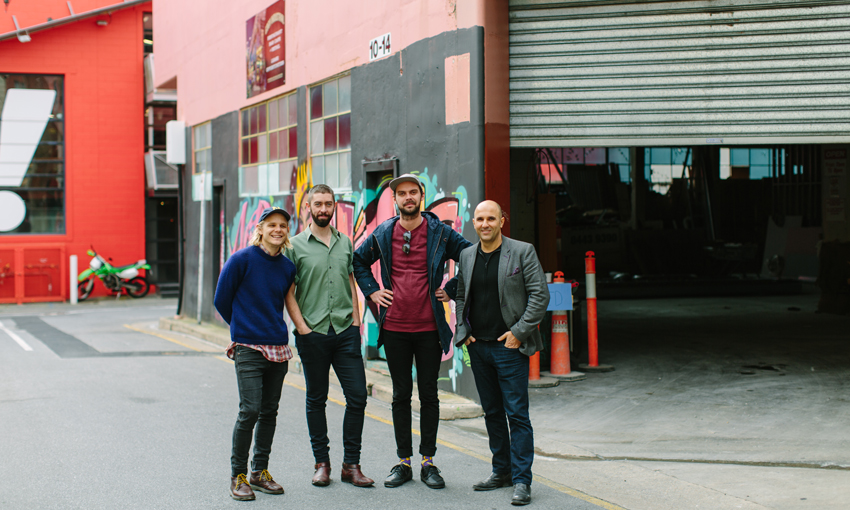 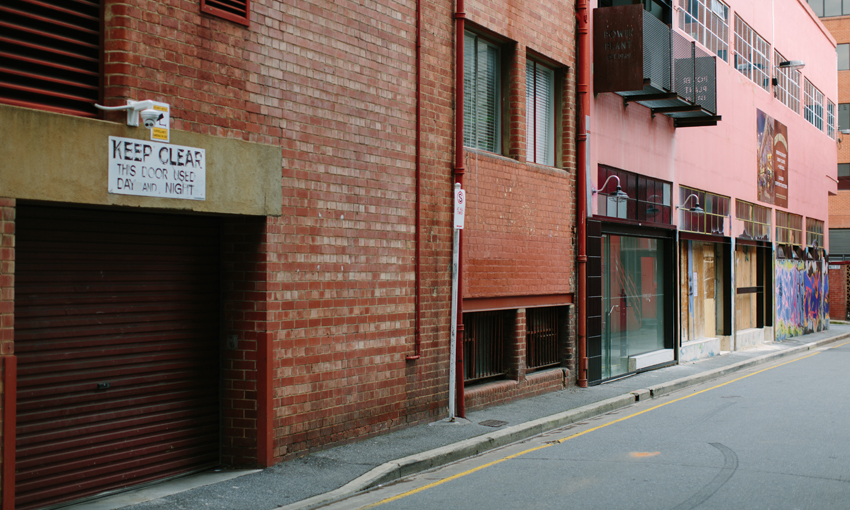 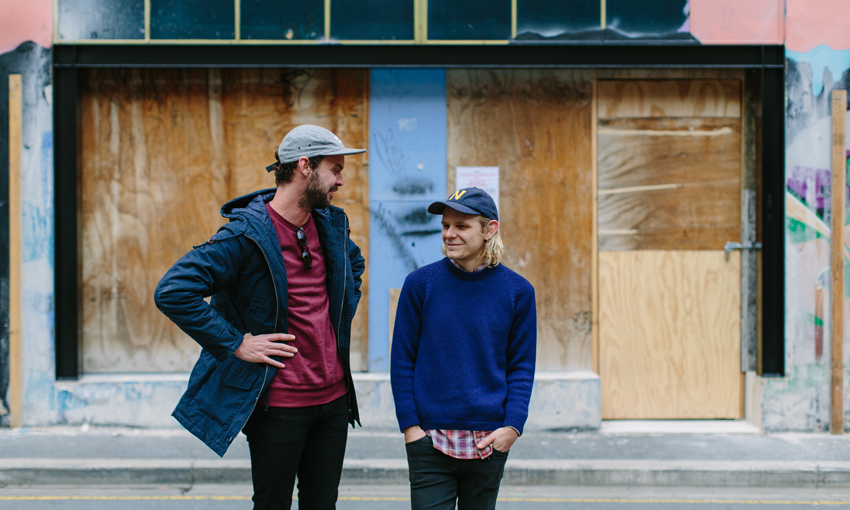 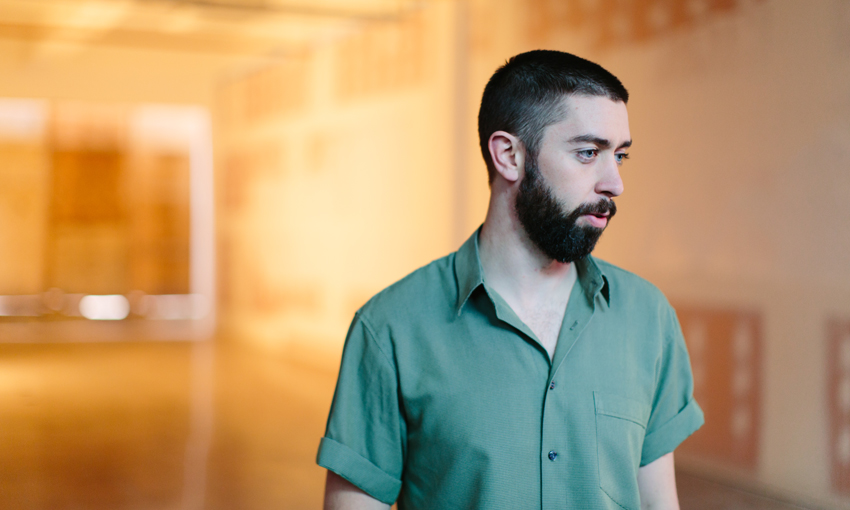 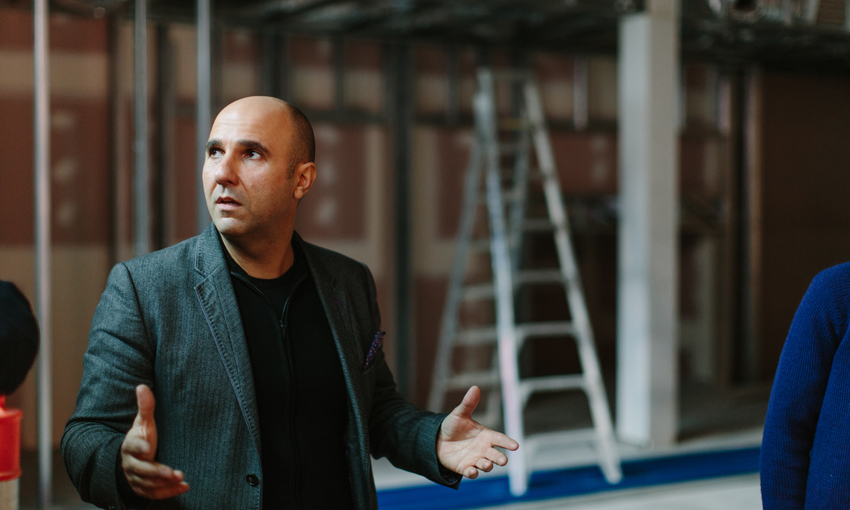 The two West End laneways of Solomon and Burnett Streets don’t have the high-end reputation of their nearby neighbours Leigh and Peel, but they do have a cluster of buildings with a diverse and very industrial history.

The Powerplant also has cultural significance as the first building in Adelaide to have graffiti commissioned as part of Adelaide City Council’s Arts and Cultural Grants Program. ECON Property Group hopes to continue this tradition by commissioning more works to adorn the building’s exterior.

Soon though, one of these buildings – now known as the Powerplant – will bring a little of the culture of those better known laneways into this rabbit warren of backstreets.

The building takes its name from Power Plant Pty. Ltd. – a company owned and run by Edwin Allan Bantick that traded variously as a service station, a wheel fitter and a supplier of heavy machinery throughout the ’30s, ’40s and ’50s.

Later in life, the building maintained its industrial edge when it became a car park, but its future is much more human in scale.

As an architect, and former vice president of the Adelaide West End Association, director of ECON Property Group James Economos has long been passionate about the potential tucked away in this end of town.

He sees the industrial history of his company’s Powerplant building as a source of inspiration rather than something to cover up or hide away. For ECON’S redevelopment, the 1940s terrazzo flooring has been preserved, a new-but-looks-old balcony has been added to the upper level and original materials have been used wherever possible.

“My main goal was to respect the fabric of the original building,” says James. “It’s a 1940s utilitarian building and I wasn’t out to give it a facelift or a makeover. I want people to know what this building is, and has been.”

Inside, the Powerplant is set to be an eclectic but complementary mix of tenants. Endeavour College of Natural Health occupies the building next door, also owned by ECON Property Group. The training provider’s expansion has already seen them extend across into purpose-built office and classroom spaces in the top level of the Powerplant that is accessed by a glass lift.

Students and staff won’t have to walk far for their mid-morning coffee break or knock-off pizza and cocktails, with two of the three ground floor spaces being occupied by new food businesses from some well-known Adelaide hospitality names.

Sunny’s Pizza is being headed-up by an all-star team of local food and booze favourites. Co-owner and chef Andy Nowell was co-founder of  pop-up catering powerhouse The Happy Motel, and brings his long-time collaborator, Josh Cook, along to Sunny’s.

“I want people to know what this building is, and has been.” — James Economos

They’ll be serving deep dish pizzas, cocktails and plenty of unexpected things from their Powerplant space, which is being outfitted by Studio Gram. Design details are a closely-guarded secret right now, but if their previous work is anything to go by (think Abbots and Kinney, Africola, Kutchi Deli Parwana and Osteria Oggi), Sunny’s is set to be better than your average pizzeria.

Andy says he’d been searching for the right place to set up a bricks-and-mortar business for a while and the Powerplant was a good fit.

“I came to the realisation I wanted structure. I wanted to be able to come in every day, really work on the food together and not have to compromise because of the setting,” he says.

“I wanted to put my stamp on something… When we came and had a look here and met James, it just felt right.”

Next door, Simon Heinrich (formerly of Please Say Please and Exchange Specialty Coffee) will be branching out on his own with Fairweather Coffee. He’s keen to highlight the building’s industrial history with a unique steelwork frontage.

“I was referred to this space by a mutual friend of mine and Andy’s,” says Simon. “The more I learned about it, and about what was happening in this part of town, the more appealing it became.

“Being able to customise this place to my own needs as well as build something with longevity that could work in with the development of the area long-term, I really liked that.”

When CityMag went to visit the Powerplant site, there was still one space up for grabs. Regardless of who fills that spot, the foundations for a positive, collaborative micro-community have already been laid, and nothing builds on good foundations quite as successfully as coffee, pizza and cocktails. 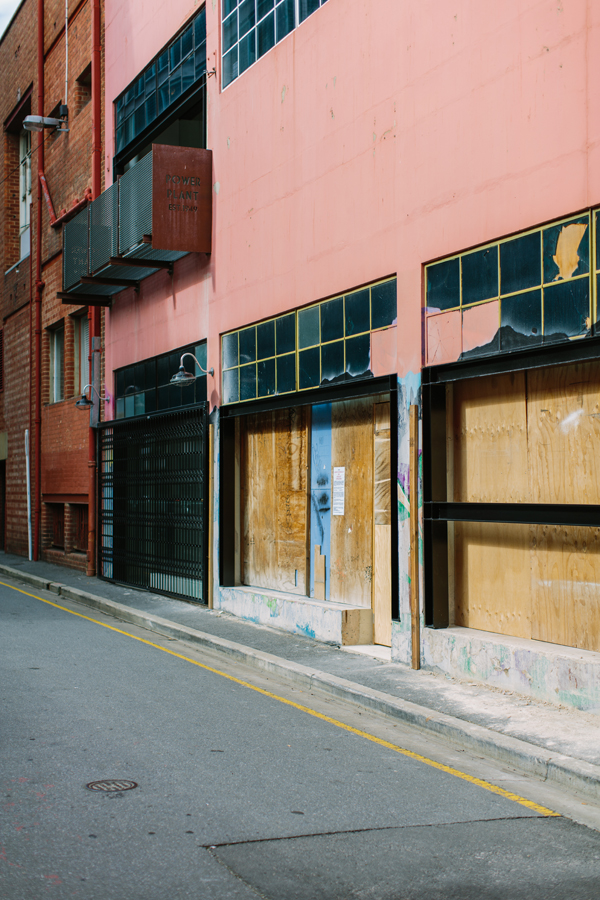