From concept to hype to brick and mortar store, we saw every angle of Shobosho, but even as his latest restaurant settles, Simon Kardachi keeps his eyes ahead. 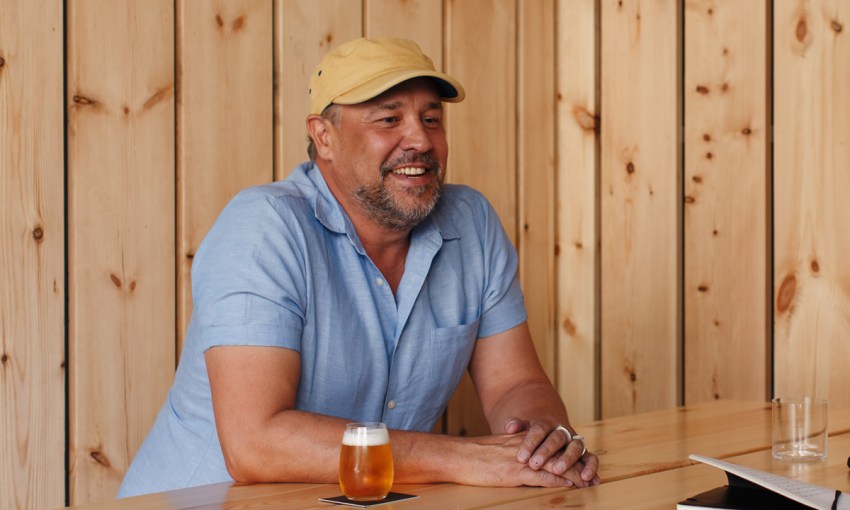 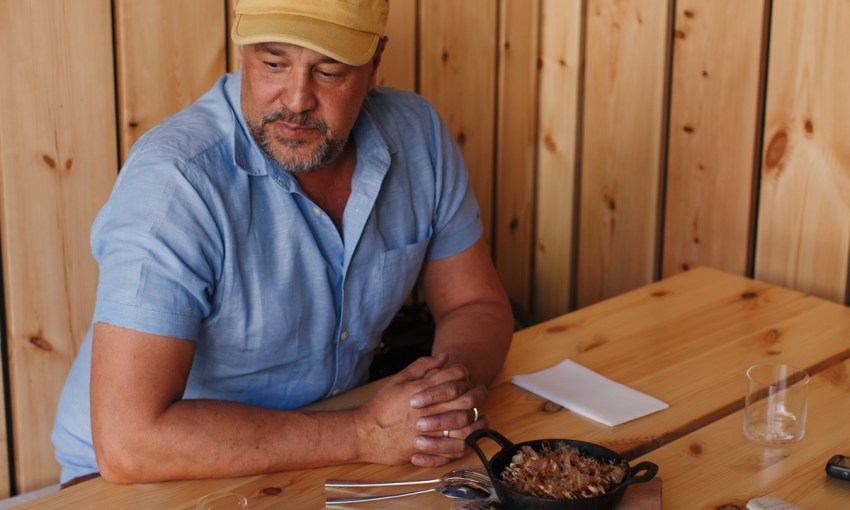 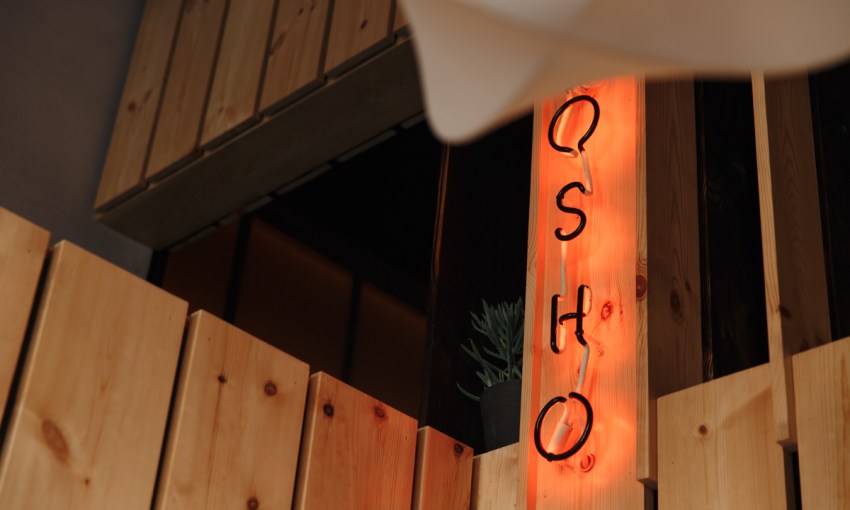 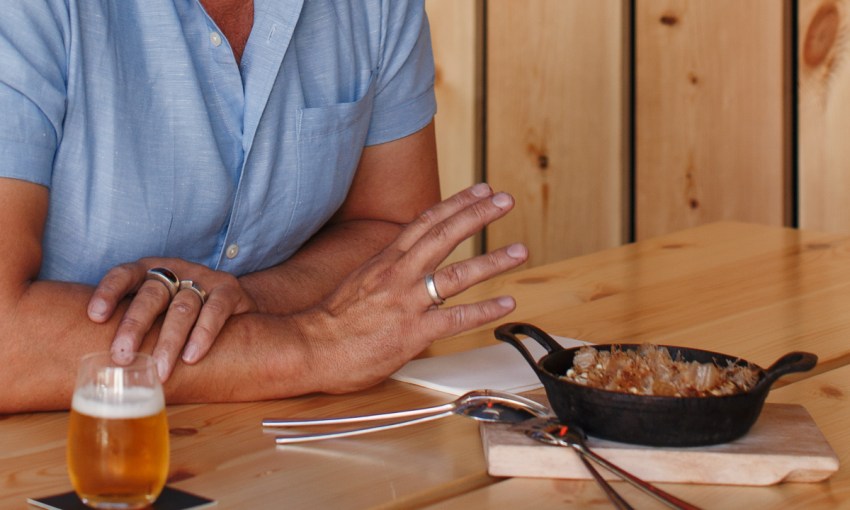 It’s the Wednesday following opening weekend and we meet to discuss the process of opening a restaurant and to get a feel for the post-opening mood that follows the fanfare.

“We had a better response than we could have ever expected,” Simon says.

“We took as much last week here as we took at Press* and Oggi, and it’s huge considering it’s half the size and it’s the first week. So I think, touch wood, it’ll go pretty well.”

Turning his mind back to his early days as a restaurateur at The Melting Pot though, Simon says there was no clear path plotted toward the Japanese teahouse-inspired booths in which we currently sit.

“The Melting Pot was years and years and years of hard work, and carving out a name, and trying to pay bills, not paying yourself wages and things like that,” Simon says.

“It’s where I cut my teeth and I don’t know that the business worked more so than the package… The Melting Pot was a truly successful restaurant, it just wasn’t a good business. It takes years to work that out.

“I had great restaurant ideas, which the market loved, but I wasn’t making any money [and] you can’t expand something that’s not making money. So Melt helped in that.”

“I just want to open restaurants that I think bring something to Adelaide and to the market, places that I would want to eat in, essentially.” 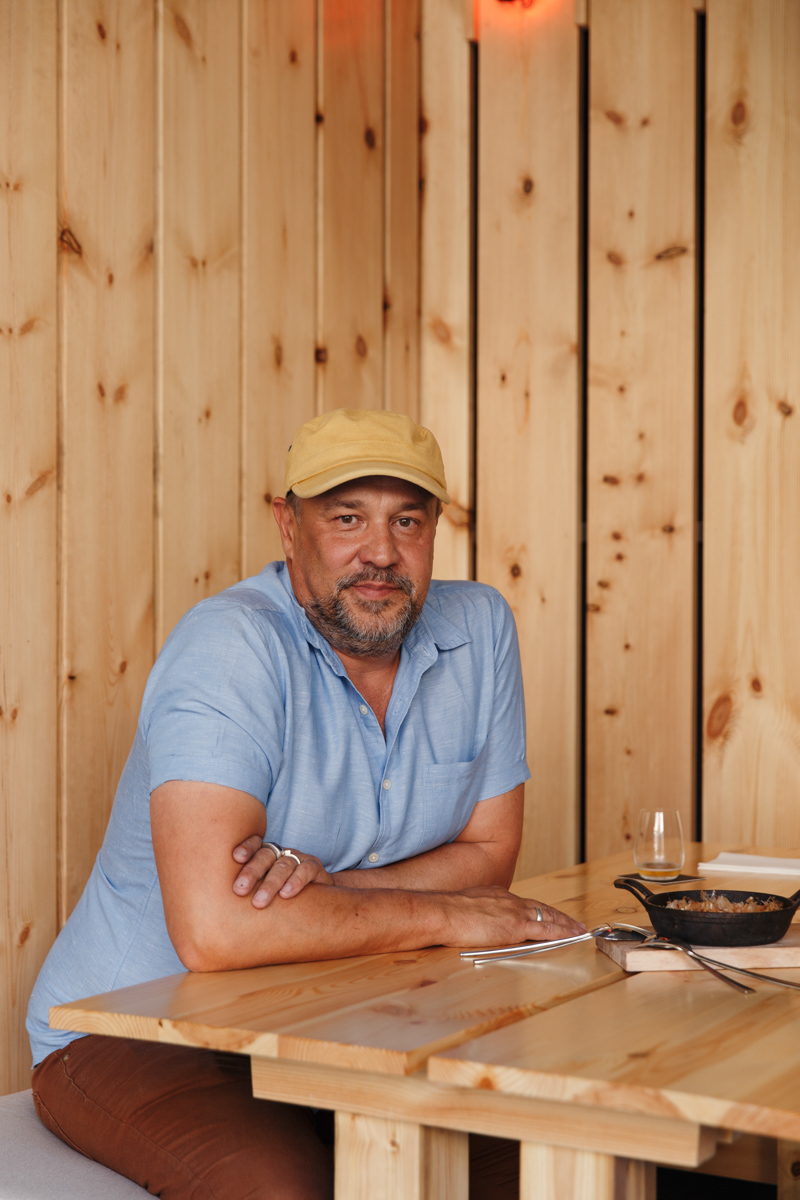 Hailing from a business and marketing background during his university days, Simon learned the golden rule of “match[ing] the benefits of what you can do to the needs of the customer,” he explains.

“I pretty much designed my restaurants backwards from what is not being serviced. From what I think we can provide, to a niche that isn’t being delivered to currently.”

The Melting Pot was designed to confront a dining trend that was removing the personal relationship between an establishment and its patrons.

“[It] was the time that Buongiorno’s opened on The Parade – maybe it was 20 years ago – so the whole dining market in Adelaide became very focussed on café, café, café, café, order at the counter, no service, no carpet, no upholstery, no linen, cheap, easy, large meals,” Simon says.

“I didn’t like that, I wanted to reverse it. I put carpet in, double linen, upholstered chairs, and I reversed what was going on in the market and I just served really good restaurant bistro food.”

Though the restaurant concept was received well, it wasn’t until Simon added Melt to his repertoire that he began to understand what constitutes a good business.

“Obviously Melt was a great success at the time, and before Melt opened, no one sat and ate at a bar and popped in and shared small plates of food, and ate a whole pizza themselves, that sort of thing,” Simon says.

“That was a very successful business, as well as restaurant, which allowed me to branch out from there – come into the city, look at Waymouth Street.

Even after expanding Melt into the CBD, the small empire in his future wasn’t such a clear picture.

“I had to slap myself and go ‘Oh, you’ve got three restaurants,’” Simon smiles.

“Now it doesn’t seem like such a big challenge, because you build this tremendous army of support and people and working partners around you, and [then] landlords start to support, and all of a sudden new doors that were closed are open, and opportunities that weren’t there arise, so it almost feels now [like] the next progression.”

In hospitality, an empire is made of people, and drawing the right crowd together has been key to Simon’s progress, from “the right accountants, to the right lawyers, to the right working partners, to the right designers,” he says. “You’ve got to surround yourself with people who are good at what they do to be able to expand. You can’t do it all by yourself.”

In the process of opening Shōbōsho, these integral roles were filled by drawing from the network of people he had accumulated throughout his years in business – designers Studio Gram, and front-of-house manager Harriot Berry both from Osteria Oggi, and chef Adam Liston from earlier days at The Pot.

It’s this network that gives Simon the confidence to continue to conceptualise new restaurant ideas, even as Shōbōsho continues to settle into its Leigh Street surrounds.

“That’s the bit that drives me, that I enjoy, it’s the conceptualisation,” Simon says.

“It does mean constantly expanding [but] I think I’ve got a few more left in me, as long as I keep surrounding myself with good people.

Next – and of course there is already a next – Simon is bringing Melt to Henley, paired with “a classic 1970s fish and chipper with a modern twist.”

“We’ll get good fresh seafood, we’ll focus on what’s local, we’ll provide an environment where you can come in and get a dozen freshly shucked oyster with a bottle of champagne in high heels, or you can walk in and you can walk off the beach in board shorts covered in sand and get fish and chips wrapped in newspaper and eat it in the grass. That’s my twist on it.”

Though Shōbōsho’s set up story has concluded, the Kardachi chronicles will continue, all for the betterment of Adelaide’s food and beverage future.