You may know Billy Hogarth as the friendly barista taking your coffee order at café Larry & Ladd, but the business owner lives a double life as a pastor for a local Christian church. 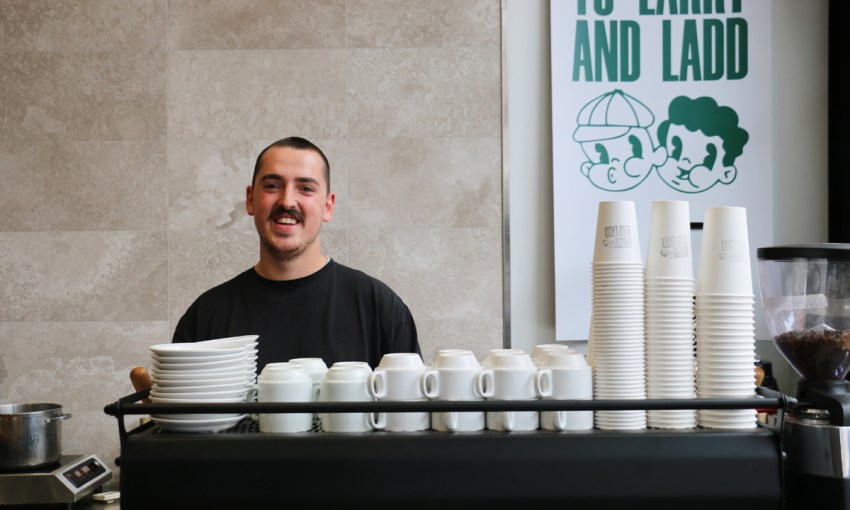 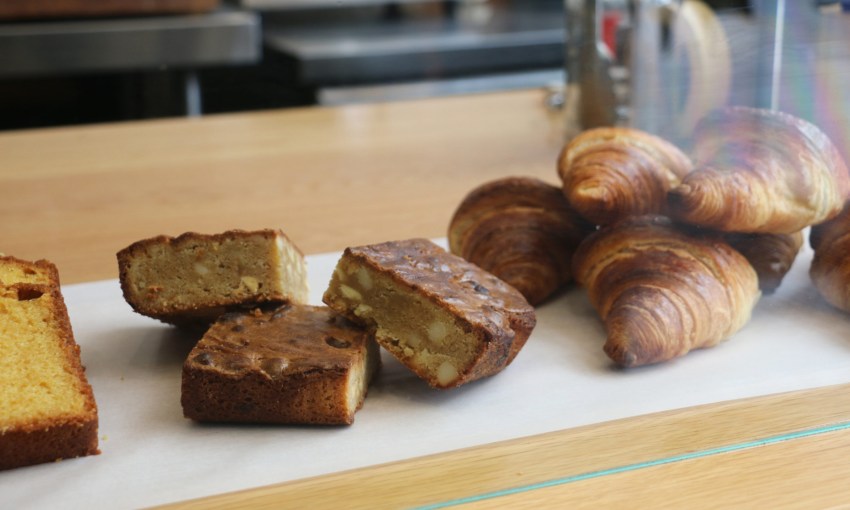 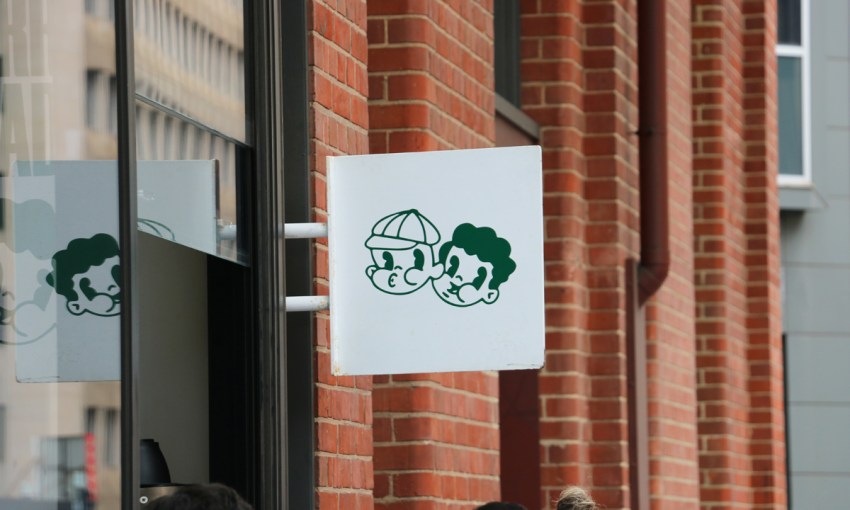 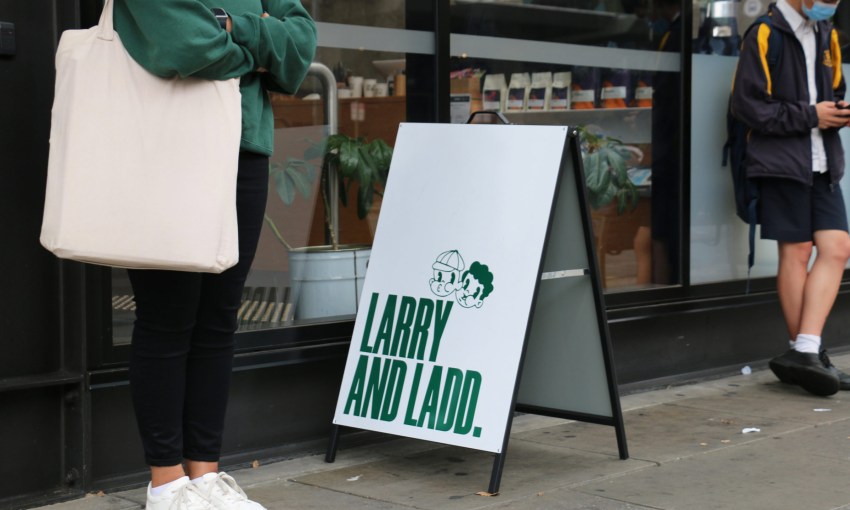 When we ask Billy Hogarth if he ever finds himself preaching to customers from the Larry & Ladd service counter, he says: “People that come to a coffee shop aren’t asking for an encounter with Jesus.”

During the day, Billy makes lattes and cappuccinos from the café’s Synesso Factory coffee machine on Grenfell Street, while his business partner Carlos Astudillo organises the food options off-site, which spans sweet treats to fruit salads to bowls of granola.

But from Friday to Sunday, Billy adopts a different persona. He becomes the pastor of the city branch of local Uniting Church, Journey. Although these parts of his life – coffee and church – are very separate, they occasionally interact. “I want to serve people and I want to serve them well,” he tells CityMag.

“One of the reviews we get here at Larry & Ladd the most is that our staff are just awesome with customers, and that we give people the time of day and that’s something that me and Carlos are really big on.”

Billy and Carlos – also someone of “faith”, Billy says – bought Larry & Ladd from former owners Josh Baker and Jeremy Downey a couple of years ago. The duo’s shared religious beliefs, plus Billy’s decade-long career in hospitality and Carlos’ experience as former head chef of French brassiere Hey Jupiter and the Bird in Hand Winery restaurant, made the pairing perfect.

For those (like this reporter) uninitiated in the world of Journey, the church’s most recent annual report holds some answers as to what they believe. The report says the faith holds to “evangelical, orthodox view of Jesus, bible and marriage” and positive “social research” following this doctrine is clear:

“Adults, young people and children who participate in a local church are far less likely to be involved in illicit behaviour or to experience relational breakdown and if they do are much more likely to recover and rebuild their lives.”

On a personal level, Journey – where Billy’s parents and brother are all in ministry – helped him transform from an “angsty” 16-year-old to someone who felt heard. This happened when a pastor from another church lent an ear to the young frustrated man.

“I really wrestled for a while with having my parents in ministry, my brother in ministry, and I couldn’t comprehend being 16 and not being employed in ministry,” he says.

“I was just angry and for no good reason, and went down the rabbit hole of blaming that on the church, and it wasn’t accurate at all. It was just where I was at.” 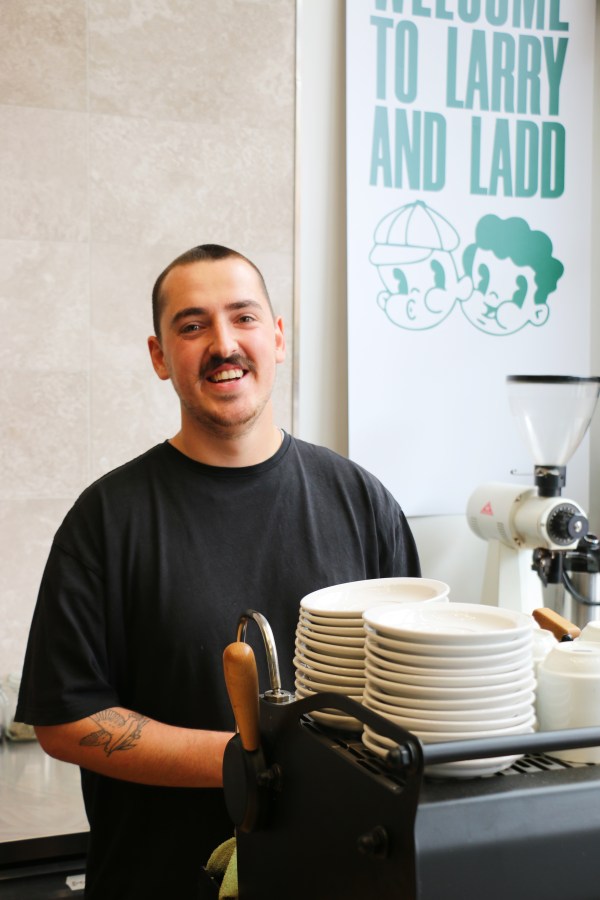 All smiles now, Billy Hogarth is at your service

Journey also aims to give people the chance to get to know who Jesus is – not was, Billy says.

On a professional level, two weeks ago (on 14 March 2022) Billy and Carlos moved Larry & Ladd from the inner bowels of Regent Arcade – where it was for seven years – to its new locale at 95 Grenfell Street, where Monday’s Coffee used to be.

The new address comes with window frontage and lots of natural light, and also a revamped menu and branding. Billy and Carlos swapped out their grab-and-go food options, such as pork and halloumi buns, to meals such as poached eggs on toast and build-your-own-big-breakfasts. They also rejigged their signage.

“When we moved here, we wanted more of a dining experience,” Billy says.

“This [space] is a lot more corporate and it’s a much cleaner and brighter, professional space. We also thought it might be best to sort of give the brand a little bit of a touch up.”

Although Billy feels there’s distance between running a café and being a pastor, and he will eventually devote his whole life to being a Journey pastor, he feels like he’s achieving certain aims at Larry & Ladd. That’s to overall foster a community.

Most of Larry & Ladd’s employees are from the church. But this sense of connection is not exclusive to non-believers. Creative friends Bella McRae (of Stuff by Glad) and jewellery maker Maddison Brown are participating in the branding, and they’re not from Journey. Regulars come and go, ignorant to what Billy gets up to once he clocks off from the coffee machine.

In the end, there’s not that much difference between serving up a daily dose of caffeine, made from Five Senses Roastery beans, and some sound weekly religious advice.