Welcome to the place that will literally change your view of McLaren Vale. 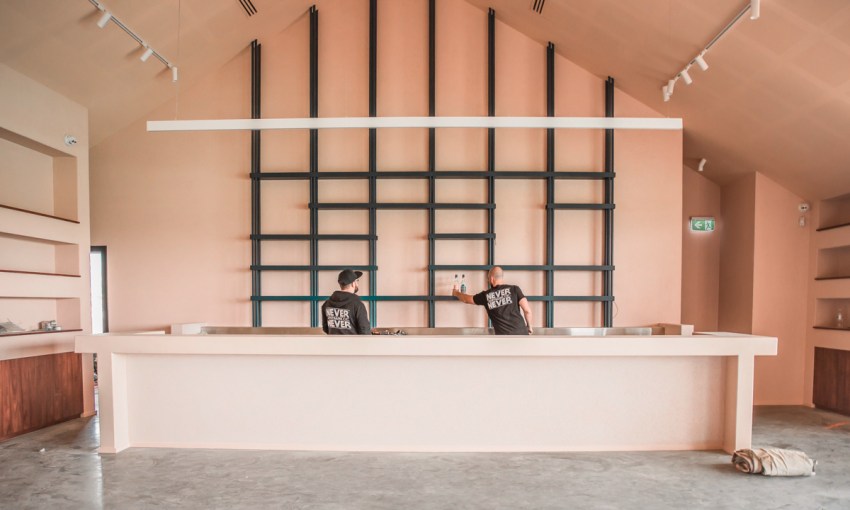 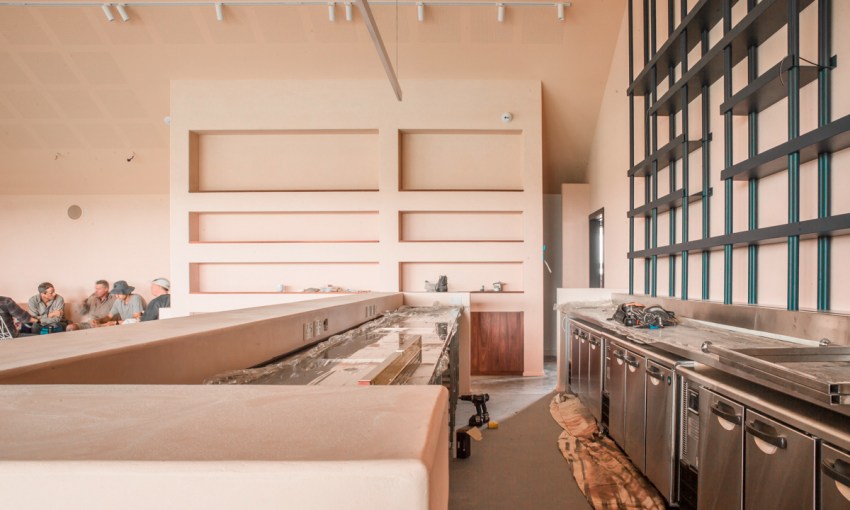 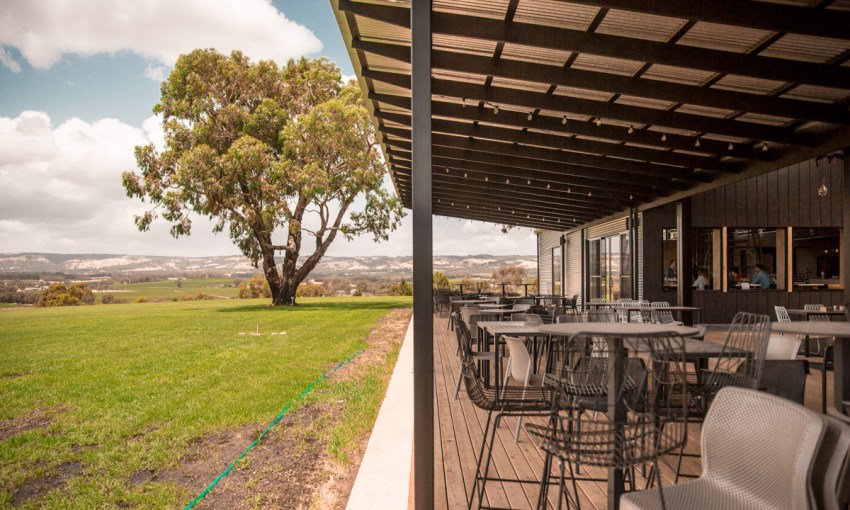 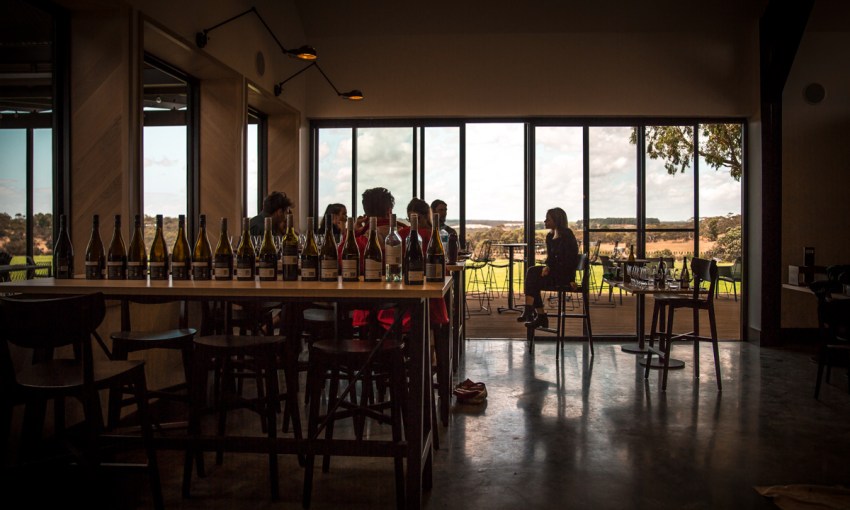 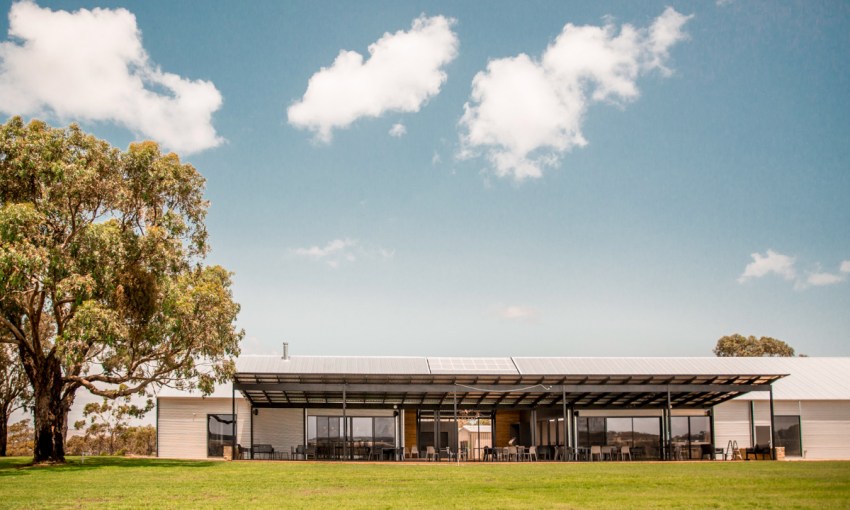 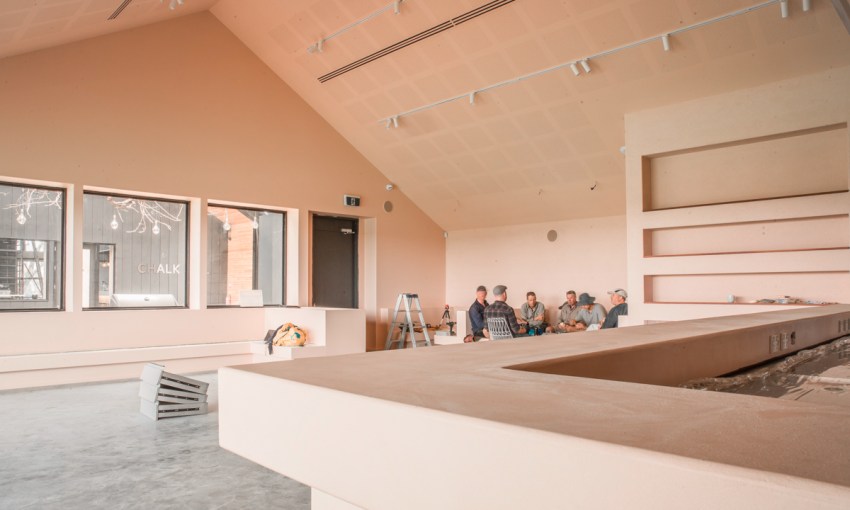 McLaren Vale is such a unique wine region – not just in South Australia, but the world. Its proximity to the ocean and the city, its concentration of organic grape growers and its geological underpinning all combine to create a remarkable place to visit (and drink wine in).

And just when we thought we’d seen (and tasted) everything McLaren Vale had to offer, the founders of Never Never Distilling – George Georgiadis, Sean Baxter, and Tim Boast – go and build a brand new multi-million-dollar distillery and cellar door on the crest of a hill we never even knew existed.

Arriving at the top of the long gravel driveway that leads up from Field Street, the whole of McLaren Vale opens up before us.

To the north we can see Chester Osborne’s ‘Cube’ and slightly east of that new landmark we spy the three towers on top of Yuridla (Mount Lofty). Driving around the distillery and cellar door to find a car park, we end up facing west, overlooking the town of McLaren Vale and St Vincent Gulf further out, all while hills stretch around the region down south.

Spectacular isn’t a particularly ‘CityMag‘ word, but this view is simply that.

“To think when you look at the label and then look directly over that vista,” says Sean Baxter, “it is spine-tingling for me, how close it is to that aspiration.”

Sean has sidled up next to us – as we stand on the lawn in front of the Never Never distillery and Chalk Hill Wine’s cellar door – clearly gob-smacked. 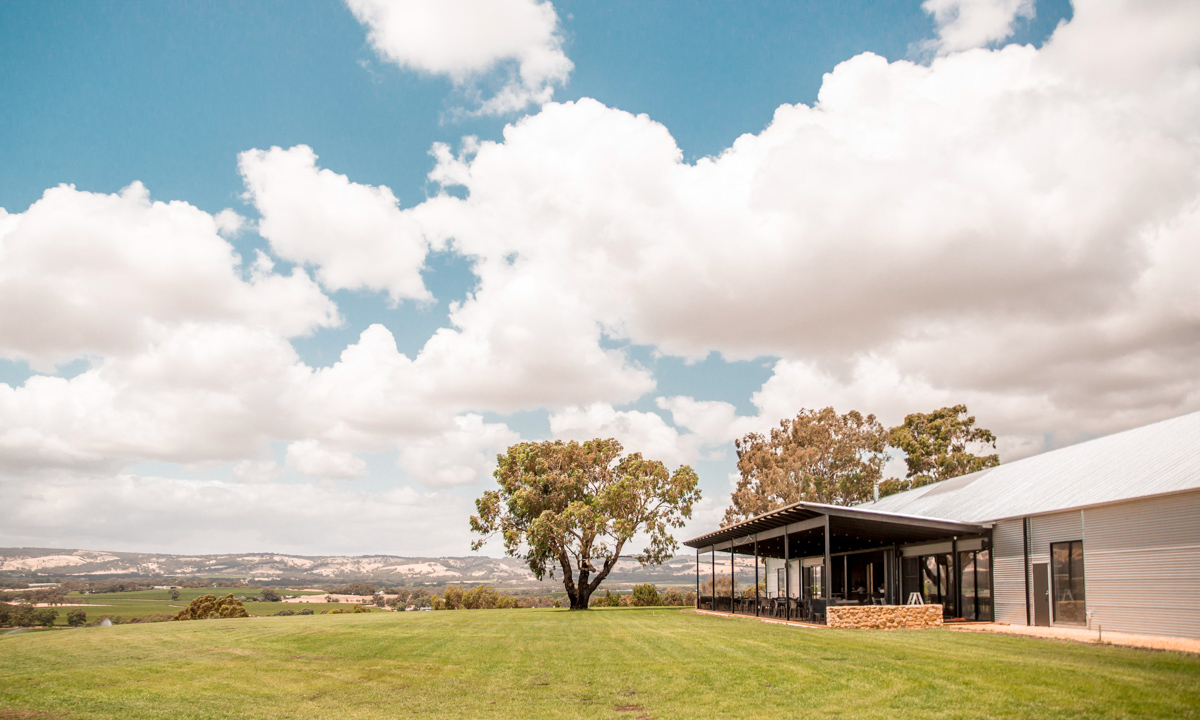 Sean is referring to the Never Never gin label designed by Peculiar Familia and illustrated by Kerri Wright, which we wrote about shortly after the brand launched in 2017.

Since before their inception, the founders of Never Never wanted to build a distillery in McLaren Vale. And we are short changing the incredible amount of hard work, negotiation and collaboration that’s gone into the project, but – well – here we are at the top of the highest hill in McLaren Vale with stunning 360 degree views and we’re dumbfounded.

“We’ve built the experience here around a few key reveals,” continues Sean. There’s the  reveal of the cellar door and distillery itself, which is obscured by a raised grassy area as you arrive, the view through to the Mount Lofty ranges is another, and the large window that will frame the company’s brand new and very expensive German still is a third.

Tim Boast, Never Never’s distiller, is on hand as we step into the production side of the Never Never facility.

“It’s like buying a Porsche,” says Tim of the new still. “It’s a CARL still. A lot of stills are made in Germany and CARL are the best producers of stills. We’ve been talking to them for years but finally committed, and that will arrive later in the year. It’s much, much larger than our current still.”

Joining the Never Never team as General Manager of the distillery’s cellar door is Stuart Morrow.

“Stuart has stepped from the Sydney bar scene and is one of the country’s most respected bar operators,” says Sean. “When he was in control of the Baxter Inn, they were named Australian Bar of the Year three years in a row at the Australian Bar Awards and climbed to as high as number six in the global top 50 bar competition.” 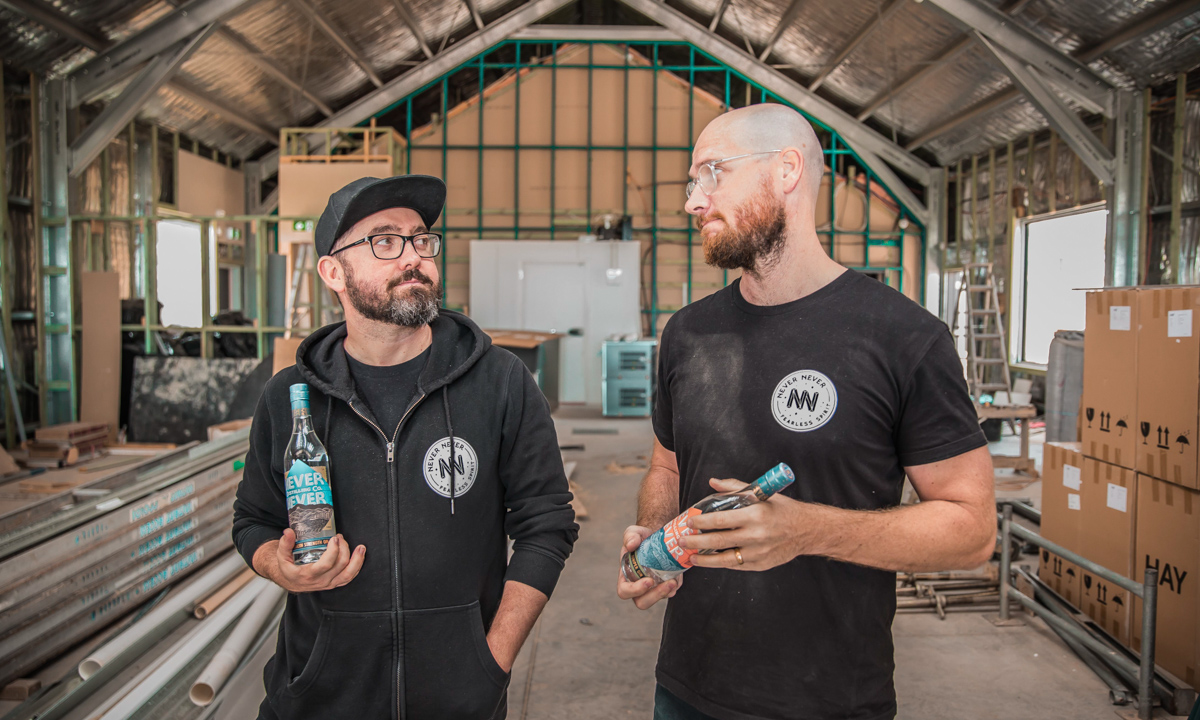 We’ve got our view and a perfectly crafted cocktail from Stuart, but we’re feeling a bit peckish.

“So VPO, Pizzateca are the kitchen,” says Tim. “They’re bringing a new offering up here. They’ve termed it as Italian-Mediterranean street food, so maybe pizza by the slice, arancini balls, probably some paninis in there, too.”

Never Never Distilling Co. started with just 16 square meters for their operation when they launched out of Big Shed Brewing’s facility in 2017. It’s a nice sort of poetry then that the smallest space in their brand new facility on top of Chalk Hill – their intimate tasting room next to the ‘Porsche of stills’ – measures roughly 16 square metres.

The brand and the business has come a long way, just to end up where they always knew they wanted to be.

And while it’s easy to imagine your weekend here, out on the lawn on an autumn afternoon or huddled around a fire under a starry sky in winter, it’s going to be much harder to imagine how McLaren Vale was before the advent of this spectacular distillery and cellar door on top of this hill. 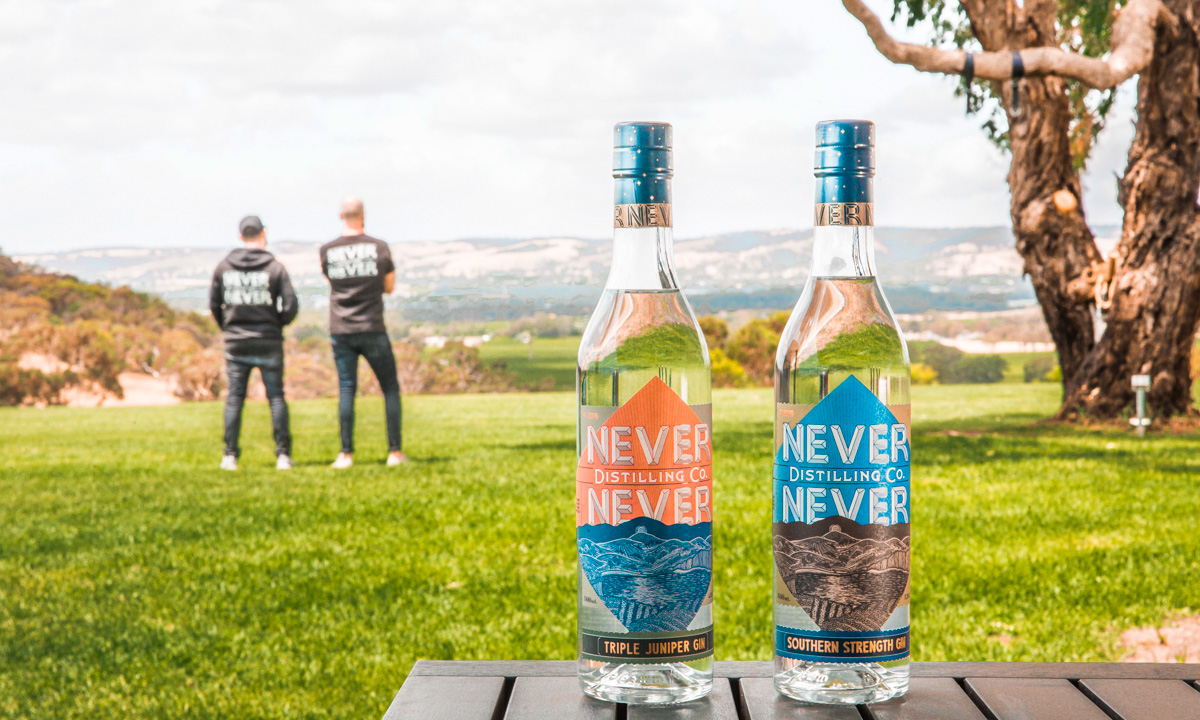