There have been a few fits and starts in Olivia’s Moore’s pursuit of a bricks-and-mortar shop in the Adelaide CBD, but on Tuesday, 24 November CityMag finds her excitedly pouring wines for her first in-person customers.

A floor-to-ceiling wine wall at the back of the space hosts a large selection of European producers, with wines ranging in style and price point, as well as some high-end apple ciders.

“The more premium wines are actually still very approachable, because it’s just the corkage element to it.

“There are a few that I’ll know are incredibly affordable, European, things that people love drinking.

“Your commitment to [purchasing] a $100 bottle for a night in, that’s a bit [much], but if it’s for a dinner party you would [invest that much], so it’s taking that approach out into a bar.”

The left flank of the wine wall is dedicated to Australian producers, with a strong showing of South Australian talent.

Each day, there will be a range of 5-7 bottles pouring by the glass, the selection of which will change every couple of days.

As Olivia told us earlier this week, the bar will also be using the liquor licence amendment that allows small venue licence holders to sell two bottles of wine takeaway when accompanied by food.

LOC’s food menu is small to begin with, consisting of pickles, olives, cured meats and cheese. All dishes are currently under $10. Wine is the focus of the venue, and so the plan is to only expand the menu slightly, adding some more complex options in the coming weeks.

“We’ve got a plan and a menu that we’re working towards that will be sardines on toast, salted swordfish, that sort of thing. We’re just going to ease in,” Olivia says. 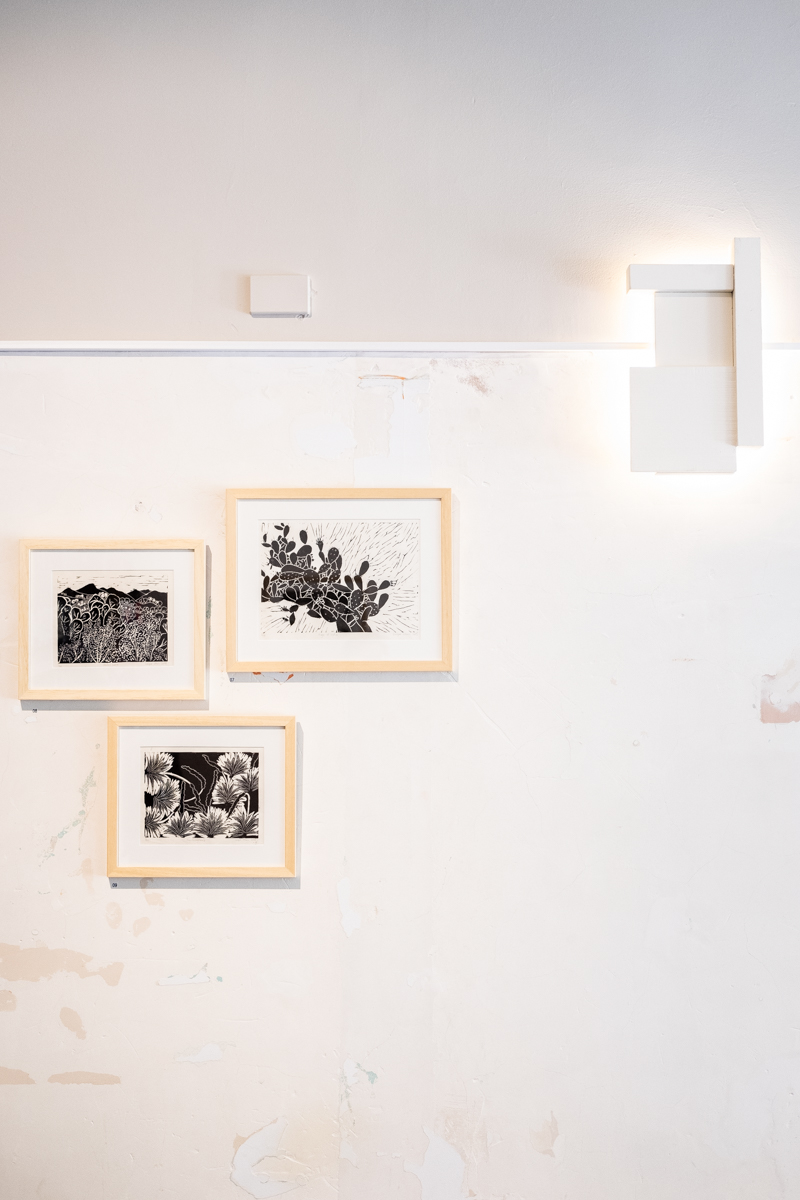 The space was designed by Claire Markwick-Smith of Kipfler, working from Olivia’s design brief of a bottle shop blended with a bar. Custom-designed sconces by Claire adorn the walls, alongside artwork by Loique Allain.

“She’s from Adelaide… she does a lot of the labels for Joshua Cooper and she’s done some work for Frederick Stevenson and her own label, Dilworth and Allain,” Olivia explains.

As drinkers congregate around tables out front of the venue, Olivia’s staff begin to turn up for their shift. Olivia guides them through the wine wall, including new additions that have come in over the last couple of days.

CityMag asks Olivia which producers she’s particularly excited about, and she points to an international collaboration wine made between French and Greek producers.

“There’s a collab between Jason Ligas and Patrick Bouju, which is actually made in Greece,” she explains.

“So they got Patrick, who is known for making tiny volumes, a winemaker based in Auvergne, he came over, or he consulted, but the wine was made in Greece, which is pretty cool.

“I tried [Patrick’s] wines in London and just wanted to get hold of them, but because it’s tiny volumes it’s pretty hard. But I’m just quite excited to get things like this.” 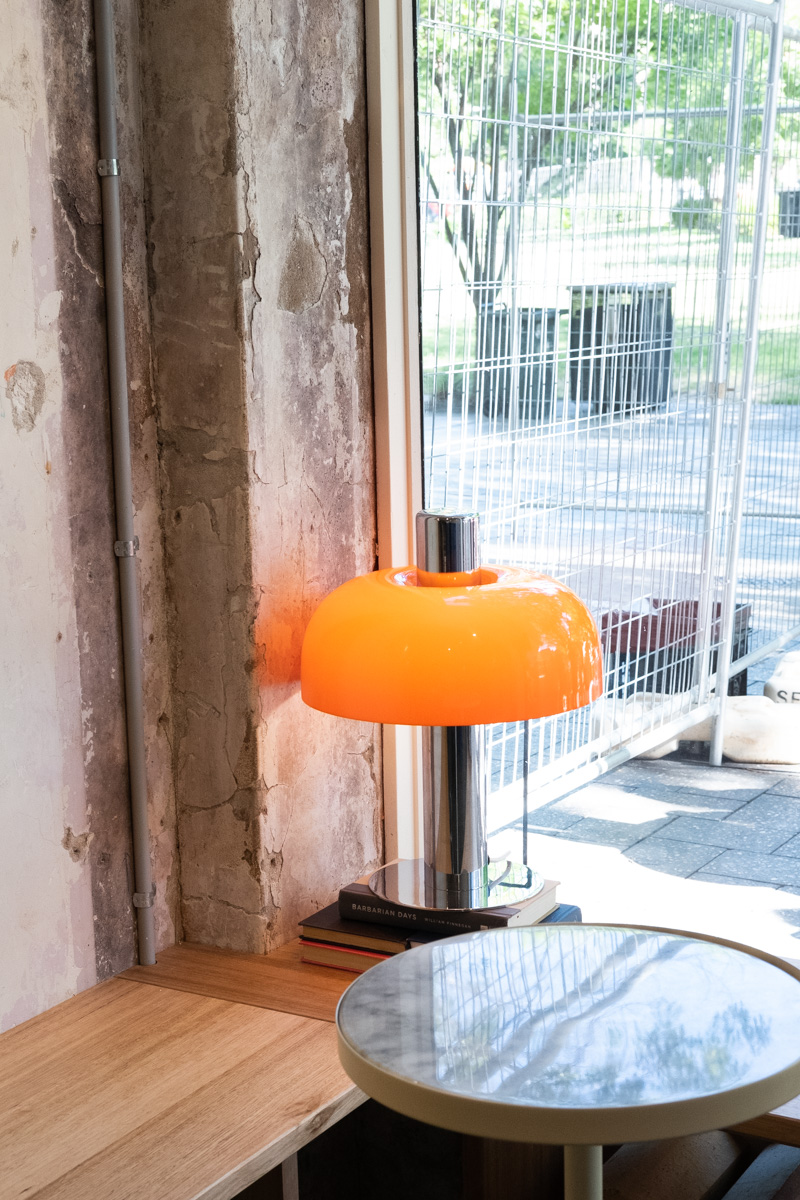 Olivia’s start in the wine world came in working for wine importers in London, and which solidified her interest in the discovery of new and interesting wines.

She spent three years working in the South Australian wine and hospitality industry before starting the LOC enterprise in May.

Olivia’s long-held goal was to open a physical space, and soon after launching the online shop she found an opportunity to open LOC Bottle Bar through Renew Adelaide, which she announced in September.

The bar was slated for launch last week, with a Beaujolais party soft launch scheduled for 19 November and first official service on 21 November; however, the state-wide lockdown frustrated the process.

“It’s strange. It jolted us a little bit,” Olivia says.

“I got the call as soon as the news went, as it was going, and then all of my installation guys were like, ‘We’re not coming in tomorrow.’ I was like, ‘Ok,’” she laughs.

“Obviously I shifted my focus to the website. I was super lucky to be able to fall back on that. With the ebb and flow of COVID and how that affects people, the fluctuation of where I’m busy the most changes.

“It allowed me to think a little bit more, I guess, but as soon we were allowed back down on Sunday, we’ve just been here.”

There is relief on Olivia’s face as she surveys the small crowd of drinkers she’s attracted out front, but also plenty of the nervous energy that comes from adding finishing touches at the same time as welcoming people into your new bar.

“I’m very excited,” Olivia says as she gets passed a morsel by chef Maria Delengas, who helped design LOC’s menu. “I just keep getting fed snacks.

LOC Bottle Bar is located at 6 Hindmarsh Square and opens from 3pm ‘til late Tuesday to Friday and Saturday and Sunday from 12pm ‘til late.