A temporary amendment to liquor licensing rules allowing licensed venues to sell takeaway wine and beer with food is set to become permanent. But some CBD venues say the measure does not benefit all businesses equally.

The measure was brought in early in the pandemic to allow food and beverage businesses that were forced to pivot to a takeaway model during the initial state-wide shutdown to sell alcohol, so as to increase businesses’ earning capacity.

“This will remove unnecessary red-tape and help businesses defy the ongoing challenges and impacts COVID-19 presents,” Premier Steven Marshall said this morning via a statement.

“The Marshall Liberal Government is committed to backing business, and supporting local jobs – and this permanent change helps to do just that.”

In the almost nine months the amendment has been available, 741 businesses have successfully applied for the temporary licence.

“Those figures alone show how successful and well received this temporary measure has been – and why we want to make it permanent,” Attorney-General Vickie Chapmen said in a statement.

Takeaway and delivery sales of alcohol are restricted to two 750ml bottles of wine or a six-pack of beer and the alcohol order must be accompanied by an order of food.

A spokesperson for the State Government tells CityMag the sale of alcohol will not be permitted through third-party delivery services like Uber Eats, and only the licensee may provide the service.

The spokesperson says the intention is for the legislation to be passed in time so the permanent licence is immediately available once the temporary version expires. 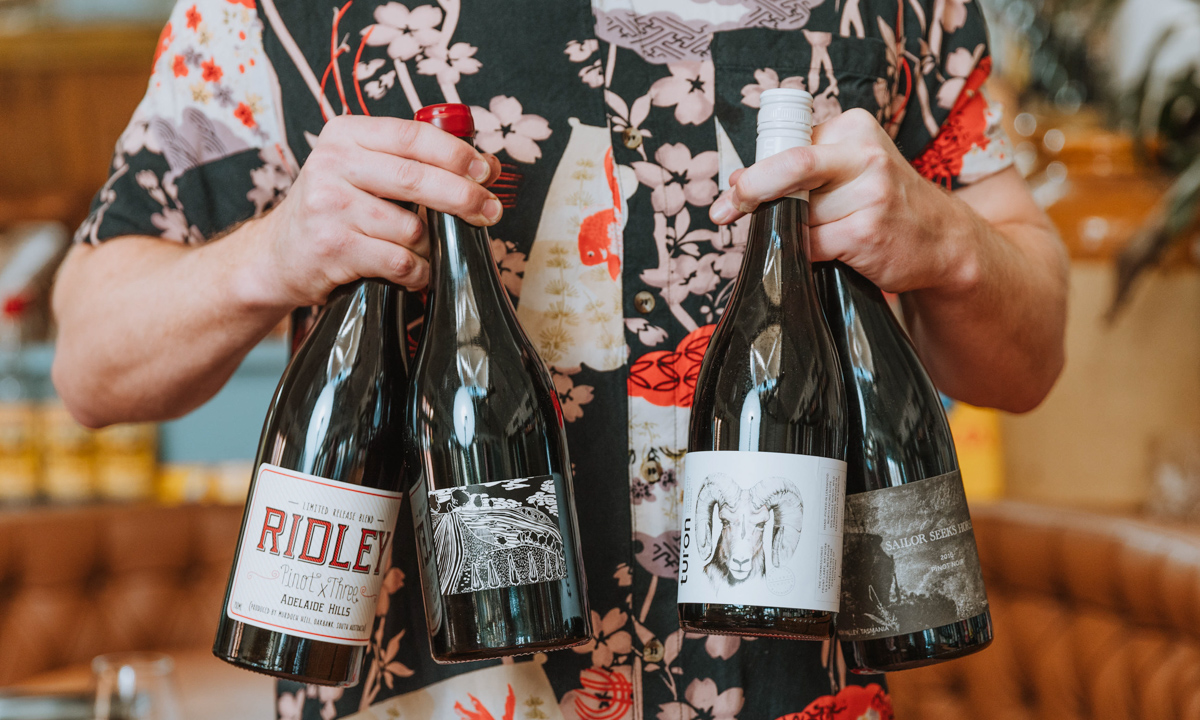 Oliver Brown, who co-owns the Big Easy Group, the managing company behind hospitality venues NOLA, The Stag Public House, Yiasou George and Anchovy Bandit, says the takeaway liquor amendment was beneficial to his business during the chaos of the coronavirus pandemic.

“We started doing growlers and takeaway booze from NOLA, and then we were doing beer and bottles of wine with takeaway pizza at Anchovy,” he says.

“People were really keen to take it up. They were hugely positive, especially Anchovy probably saw the most benefit from it, just with people grabbing a six pack or a bottle of wine with takeaway pizzas. It just worked really well. It added quite a lot of spend per head for Anchovy, that’s for sure.”

The effects of the initiative were less consequential at Leigh Street Wine Room, where the business does not have a regular takeaway service or clientele.

“When we start going down to the one-in-two-square-metres, we’ll drop takeaway straight away, because we don’t have the facilities to continue it ongoing,” Leigh Street Wine Room co-owner Sali Sasi says.

“If you’re having to cater for your general guests and your general bookings, you would then have to have additional chefs to just do takeaways, and takeaways, as we’ve seen, are great during the lockdown period, they definitely spike, or even during heightened restrictions, where it’s one-in-four, but once it’s one-in-two, the takeaway model really tends to lean out.

“And we’ve seen a lot of businesses, around the CBD and elsewhere, who just end up liquidating that entire model, and it is only a backup when heavy restrictions or lockdowns are in place.

“So the fact that it is ongoing, well, great, doesn’t really do anything, because for us it would mean we would have to put in extra work in order to make it beneficial.” 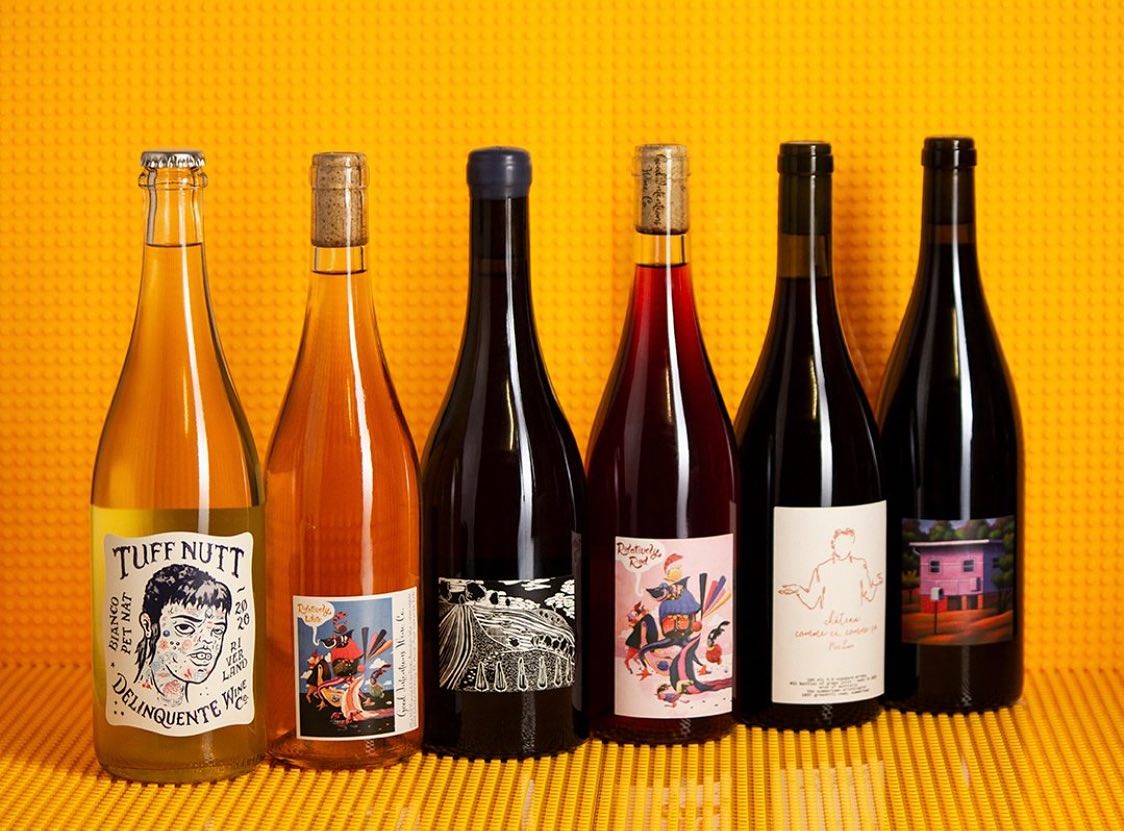 A selection of wines from Juice Traders, a sister business of Leigh Street Wine Room

An aspect of Leigh Street Wine Room’s survival throughout the coronavirus pandemic has been the founding of its sister business Juice Traders, an online wine store.

Sali says for the takeaway amendment the State Government has introduced to be of material benefit to her business, the stipulation of food being part of the sale should be removed.

“If we were able to remove that takeaway food element and be able to sell bottles of wine, then that’s an entire gamechanger for a multitude of businesses,” Sali says.

“But if you’ve already got a system in place where you’re running a restaurant, someone happens to walk past and say, ‘Hey, do you mind if I just buy a bottle of wine for takeaway?’ or they’ve finished their meal at the end of the night and they go, ‘Do you mind if I get another bottle to take home?’ – that’s a gamechanger for businesses.”

Oliver agrees a tweaking of the takeaway alcohol licence amendment could make it more beneficial to small businesses like his.

“I think that they should just be able to sell bottles of wine at any time. I don’t think it should be related to food,” he says.

“I think [restrictions on] quantities [are] fair enough so it doesn’t compete with bottle shops, but I don’t think someone buying a six pack with or without food is going to destroy other industries.”

Neither Oliver nor Sali were given an opportunity to provide feedback on the change to the liquor licensing change. A spokesperson for the government tells CityMag there were about 10 industry bodies consulted, including the Australian Hotels Association SA (AHASA).

To Sali, this is indicative of the State Government’s lack of consultation with people with direct experience in the hospitality industry, particularly venues in the CBD and trading with a small venue licence.

“Nobody listens, and this is the problem,” Sali says.

“We’ve said it time and time again, which is why we’ve seen the government backflip numerous times: they don’t consult to people who are directly involved in these areas.

“Obviously they’ve got good intent with making those calls, but they haven’t actually taken the time to speak to anyone to make sure that it is as beneficial.” 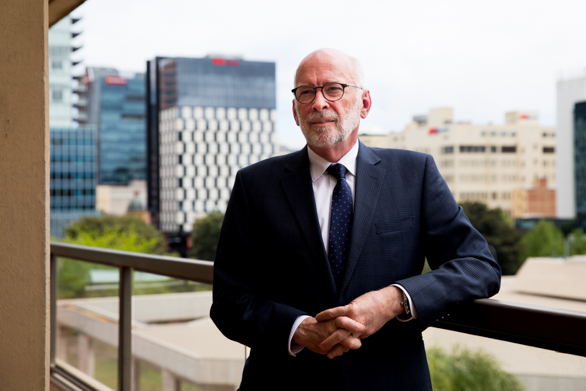 General manager of AHASA, Ian Horne says the takeaway alcohol measure, when it was first introduced “seemed reasonable” and has become “for a number of cafés and restaurants, another alternative source of income.”

“We’re comfortable that for those venues that it adds some value to their business, we’re not offended by it at all, in fact it seems like not an unreasonable thing to do,” he tells CityMag.

“We recognise that it’s been in place for eight or nine months, it’s provided assistance for those smaller operators who want to add some value, and there’ll be a number of hotels that want to operate in this way too. So we’re not opposed to it.”

The Association is less enamoured with the idea of adapting the new rule to allow businesses to sell alcohol without the accompaniment of food.

“This is about supplementing takeaway food, the government’s made that clear,” Ian says.

“This isn’t about running an online packaged liquor store. And there is the capacity to run an online liquor store, it’s called a direct licence, which there’s a number of 500 of those in the state already.

“This legislation is specifically for those who are ordering a duplicate of what’s on the main menu, and [consumers] either don’t have the product at home or they’re in a hurry, they say, ‘Gee, I might grab a bottle of wine.’”

To the AHASA, it is important that any changes to liquor licensing legislation are made with due consideration to community health and safety and equity in trading conditions between established bricks-and-mortar businesses and new and online businesses.

“The reality is there’s an expectation in Australia and this state that there is a structure of licenses, and they’re there to maintain a balance in the hospitality industry,” Ian says, “but most important they’re there to also protect the consumer, because alcohol, at the end of the day, no matter where it’s grown or how it’s made, is a drug, and that’s why we have liquor licensing.” 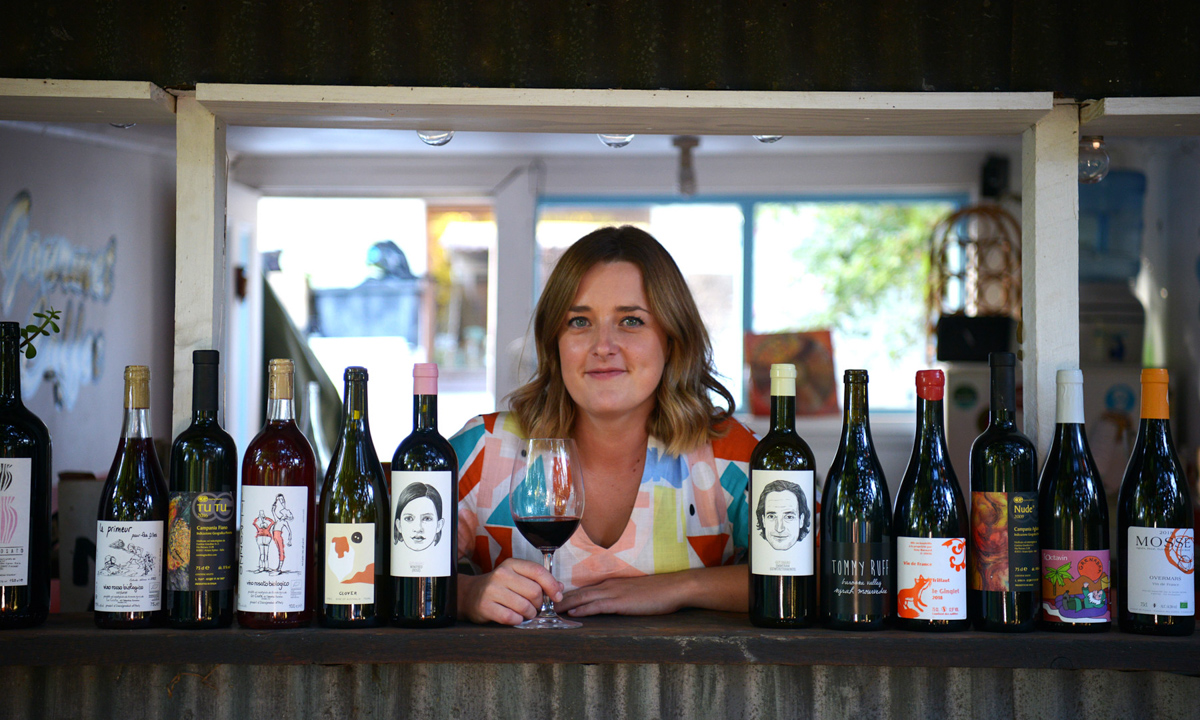 Olivia Moore, owner and founder of LOC Bottle Shop and LOC Bottle Bar (which is due to launch officially tonight) plans to use the takeaway liquor licence amendment, which she has already been approved for at her Hindmarsh Square venue.

It would be beneficial to her business, she says, if she were able to sell takeaway alcohol without the accompaniment of food.

“I will absolutely use it if people wish to take wine away and they’re willing to take food away, but I’m not going to make it a priority in terms of seeking business,” Olivia says.

“Two [bottles] with no food would be amazing, it just kind of allows that added bit of flexibility. Because I’m not a restaurant either. I have got some snacks available, but it’s not that convenient, and I don’t want to have to redesign my model to try and cater for that.”

Ian suggests that in instances like Olivia’s, business owners should “apply for what used to be called a retail liquor merchant licence.”

“So there’s the capacity for them to do it, but [the takeaway liquor licence amendment] isn’t the legislation,” Ian says.

Olivia originally wanted to set up LOC Bottle Shop as a bricks-and-mortar retail bottle shop, and originally pursued a retail liquor licence, but kept coming up against roadblocks. Instead, she has created two separate businesses with “two separate licences that equalled not quite the one that I want,” she laughs.

She has not given up on her hope of opening a bricks-and-mortar retail bottle shop, but has been detracted from her pursuit after receiving advice that the process of getting the licence will cost many thousands of dollars. 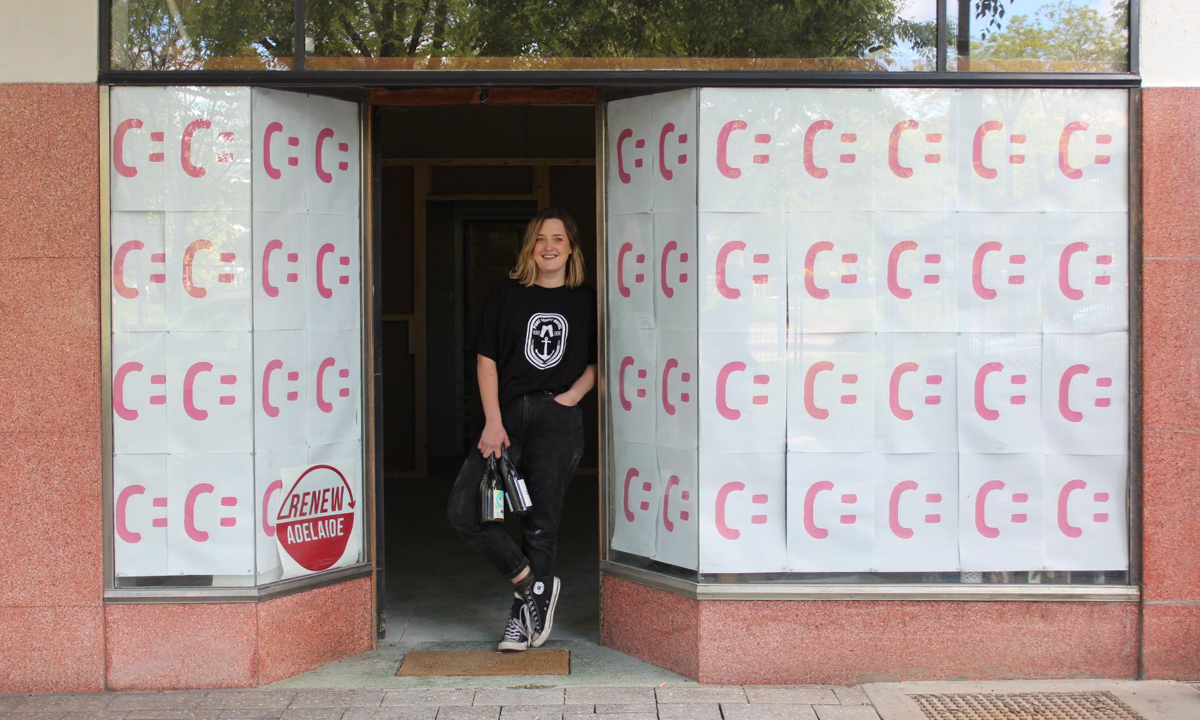 Olivia hopes the example of a minor change to liquor licensing being implemented on a temporary basis and later introduced permanently will make the likelihood of future tweaks a possibility.

“I think it’s a very good example of showing people that this old school or outdated liquor licensing legislation can be changed and it can not negatively affect people,” she says.

“It’s good to use as an example to say, ‘Well, did that really affect you too badly, or was it actually quite good for everyone?’

“I think it’s making the industry slightly more fair, I guess, across businesses. So I think it’s a positive.”

Ian, on the other hand, sees change in the sector changing at a much slower pace.

“We just went through a major liquor licensing review, the legislation was under Labor, it was signed off by Liberals,” Ian says.

“Rightly or wrongly, there isn’t the capacity [for this change], and that’s because we’re dealing with alcohol and not Weet-Bix or tomatoes.

“The last liquor licensing act, some would argue, had far more flexibility in it, but that is the process that we all live with.”