Descending the escalators into the Adelaide Central Market, as shoppers pace between the aisles and dip in and out of fruit and veg shops, nut stalls, cafés and the like, the scene can read as beautifully organised chaos.

At ground level, having lost the benefit of an aerial view, entering the interconnected paths of humans and their lagging produce trolley bags is daunting and exhilarating – like counting the revolutions before skipping into a round of jump rope.

In every direction, bold signs and fluorescent lights are all that anchor you in space; the concept of an outside world dissolved while you focus on keeping pace and maintaining an appropriate distance from the people ahead, behind, and either side of you.

This is bustle in its purest form.

In the Market’s southwestern corner, we search for our oasis – a pink storefront with deep-green signage, a stall called Jamu.

Jamu opened in November 2017 and brought to the Markets a range of vegan, dairy-free and gluten-free treats, juices, smoothie bowls as designed by founders Laura Kerins and Karli Stanton, as well as a range of products from other likeminded small businesses.

Laura and Karli met while working at Lucia’s in Mitcham Shopping Centre, which Laura set up with Lucia’s owner Simon Bugeja.

Both Laura and Karli had studied and worked in advertising and marketing but kept coming back to the hospitality industry. All the while, separately, they held onto an idea of one day owning their own business.

Karli went on to study nutrition and turned her newfound knowledge into a small range of health-focussed sweets, which she started to supply to Lucia’s.

The Lucia’s customer base became a test bed, and Karli and Laura saw that there was demand for considerate and inclusive health food – a shop with a range of items for vegans, people with a dairy intolerance or on a low- or no-sugar diets to pick from.

A site became available across from Lucia’s in the Central Market, and Laura and Karli jumped at the chance to build a business from Karli’s products. They contracted Dom Roberts (MASH) with a concept, and Jamu’s pink and green stall followed not long after. 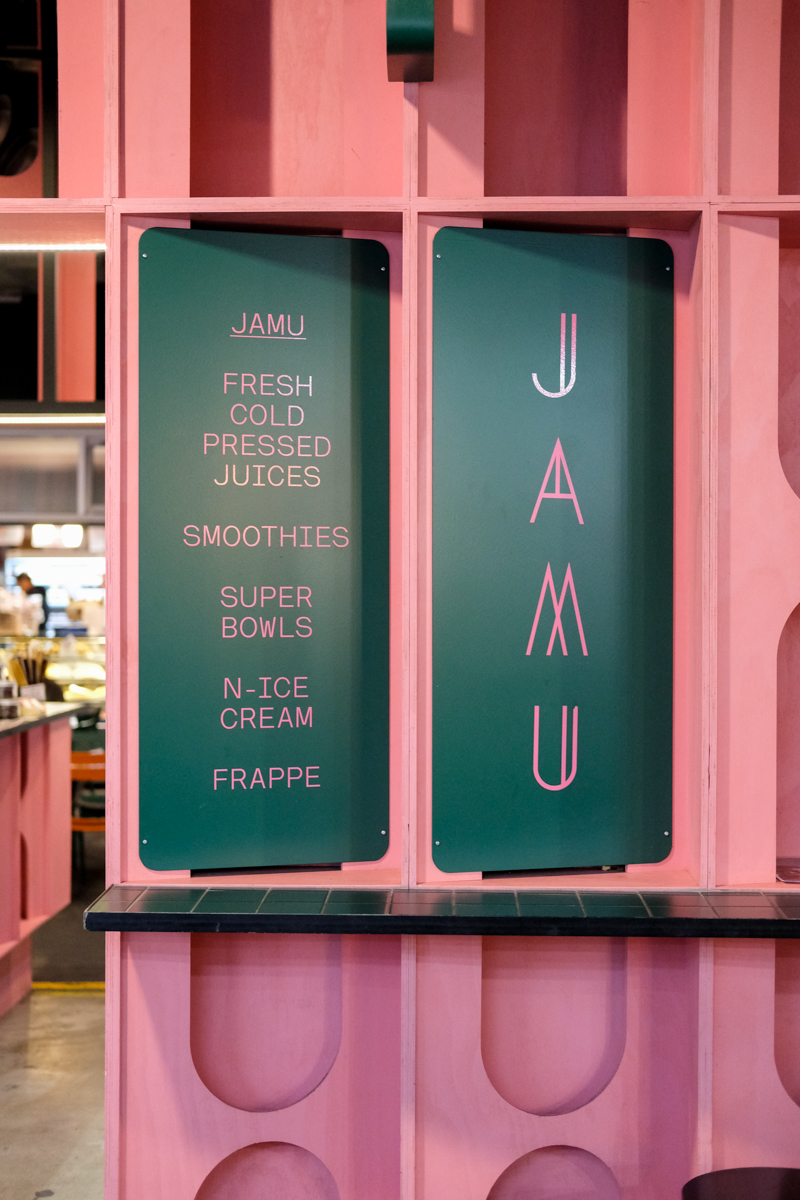 “The concept of the whole store is health, mental health, gut health, everything, so that’s why we try to make it a fun space,” Laura says.

“We want people to come here and feel good, so it’s not just about the feeling on the inside, it’s about people coming here and mentally getting a break from work, or life.

“That’s why our motto is ‘peace, love and unicorns’ – it sparks that conversation and people go, ‘Oh, it’s a bit of fun,’ and it gets them out of reality for 10 minutes.”

Core to the business is providing a haven for people with specific diets, but Laura and Karli also want to be known as a source of new and interesting small businesses.

Both business owners speak with pride about their list of suppliers, like Osun Sparkling, a Geelong-based beverage company; and local kombucha company Scull, which Jamu stocked back in their earliest days when they were known as Booch. Both businesses have since gone on to great success. 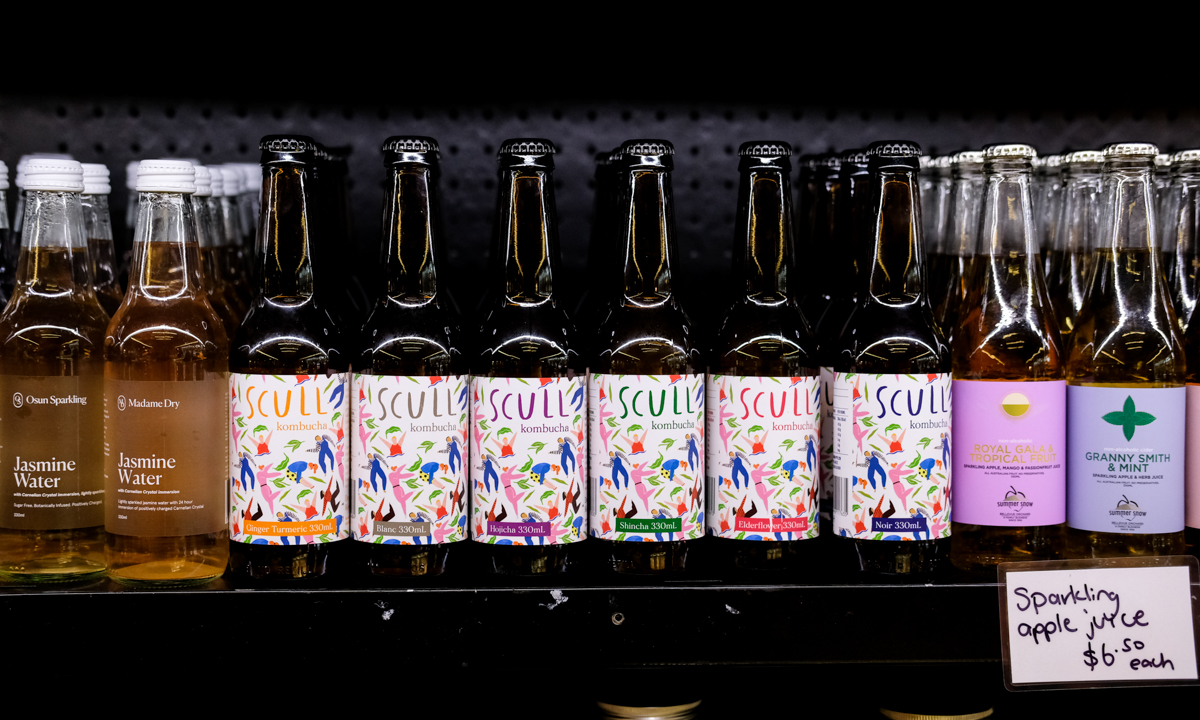 “We know how hard it is to start a business and get your name out there, you kind of want to give people the opportunity to have somewhere. And that’s a big win for them, to get their first stockist,” Laura says.

“We have three other local girls who make cakes for us as well, so rather than us stepping into the market and going, ‘We’re a competitor to you guys now,’ we wanted to celebrate all of our businesses and put them together in one place and support each other.”

Jamu found its own support early on in the form of a wholesaling contract with SA-owned dessert bar chain, St Louis. The company needed a vegan option on its dairy-heavy menu and so brought Jamu into the fold.

Laura says she would not have seen herself running a business like Jamu 10 years ago. “It’s funny how your life experiences take you,” she says.

What she and Karli have built is a business that not only provides an option for an underserved, and often dismissed, clientele, but also platforms others trying to achieve the same end – and in one of the most important food destinations in the Adelaide CBD.

“I’ve been in the Market for like 14 years, so I started at a fruit shop, moved to Lucia’s, I worked at The Yoghurt Shop all through my uni days, so it’s amazing to be here,” Laura says.

“Once we made the decision to sell Mitcham and come back into the Market, it’s an amazing spot to be, it is like home.”