By changing one thing on the label of their tomato sauce products, Lucia’s Australia has opened up a world of opportunity for their Adelaide-made product.

Somewhere between Melbourne and Longbeach, California – in the middle of the Pacific Ocean – sits, bobbing on a boat, a shipping container full of jars and jars of tomatoes, farmed in Shepparton, cooked, crushed and bottled in Adelaide.

A little café by the name of Lucia’s – located in Adelaide’s celebrated Central Market – has just sent its first ever shipment of house-made pasta sauce overseas.

“Everyone is super excited. They’re more excited than I am because they didn’t have to do the work,” laughs managing director of Lucia’s Australia, Simon Bugeja.

Lucia’s managed to get their jars and bottles of sauce ready for export and onto a boat in just six weeks. A representative from Austrade told Simon the process ordinarily takes six months and can take up to two years for some companies.

Sitting with Simon, out the front of his grandmother’s café at the conclusion of that six-week process, he looks upbeat – not exhausted. 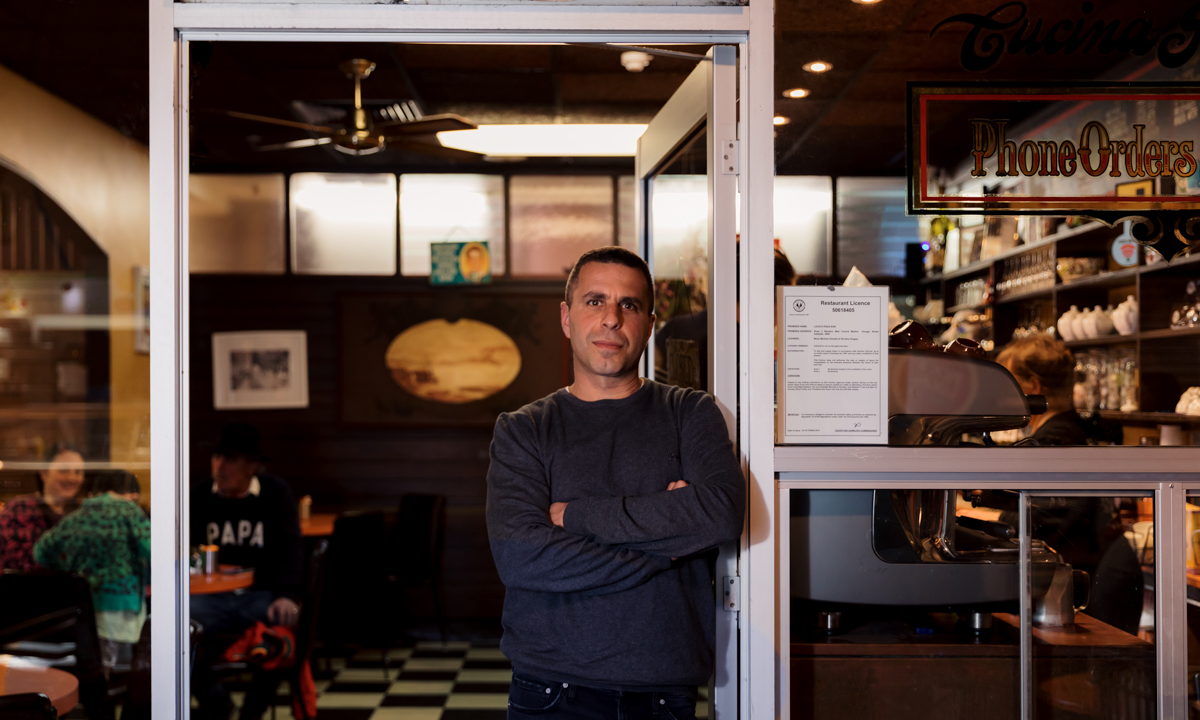 The vision of those jars on a boat out at sea dovetails nicely with the story Simon tells CityMag about his grandfather, his nonno, who was captured during World War II and transported by boat as a prisoner of war to work on farms near Shepparton.

“That’s where the rest of the family is. They grow the tomatoes,” says Simon.

The family’s history is embedded in Simon like the grooves of a vinyl record. It makes a sweet song, though not saccharine, as he traces back over his family’s journey from Italy – Pasquale and Lucia and their two daughters Nicci and Maria – bound for a better life in Australia.

Lucia’s range of products started almost by accident. Every summer the café made enough pasta sauce to last the year, plus a few more jars to sell off the shelves to customers.

One of those customers, a graphic designer by the name of Ben Wallace, took offence to the fact the family wasn’t using the beautiful gold-leaf signage from the café’s windows as branding on the Lucia’s Fine Foods labels. And so he painstakingly recreated the sixty-year-old sign as a digital vector file to use on labels for the jars. 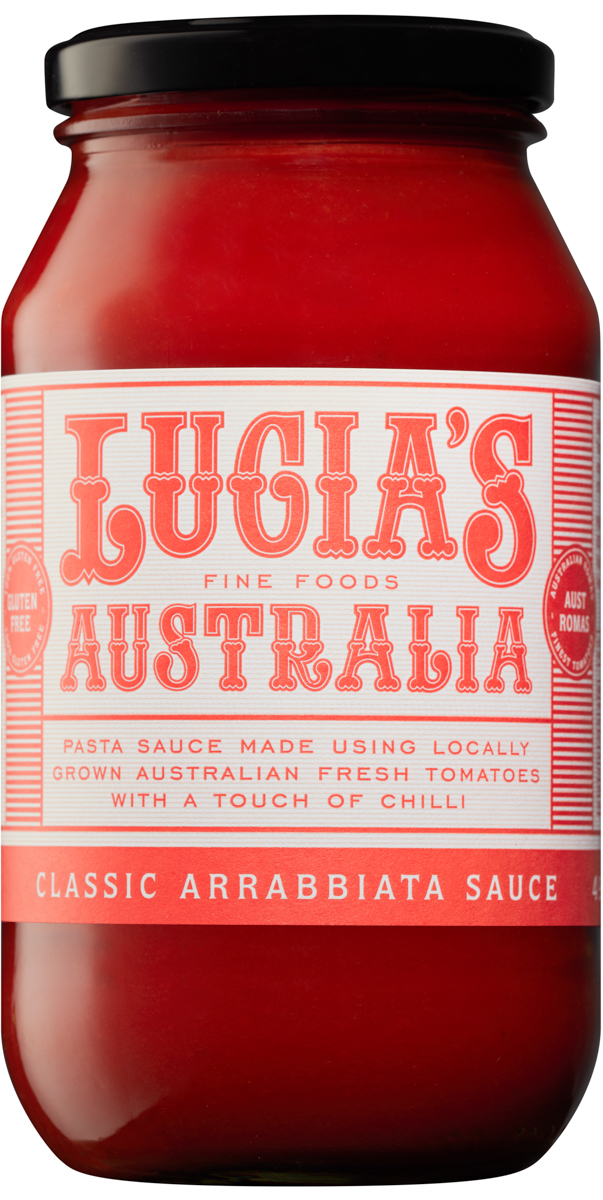 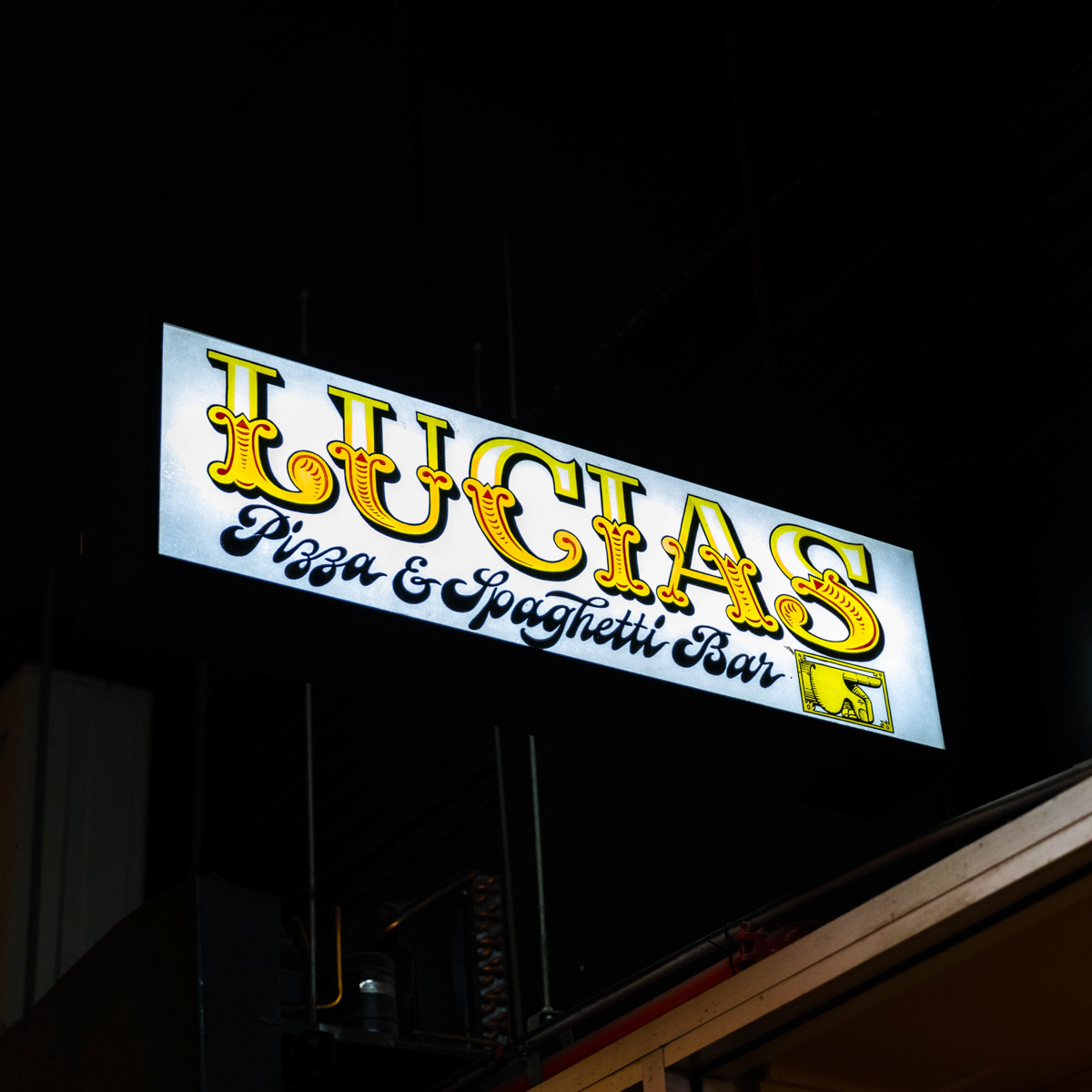 Sales jumped immediately as a result and Simon had to make more sauce. Markets opened up interstate and Lucia’s started sending Shepparton tomatoes back to Victoria and New South Wales. It was during a trip to Sydney last year that Simon noticed something about the Lucia’s label.

“Our sauce, it sits there, in a gourmet shop in Sydney, amongst maybe three or four metres of other gourmet sauces,” says Simon. “I was reading the labels and noticed not one of them was made in Australia.

“So I really felt, ‘Wow! We’re the only one from Australia.’ And we know from experience that every time we tell people, ‘These are Australian tomatoes,’ they buy them straight away. So then I was like, ‘Fuck. I need to make it bigger.”

Overnight Lucia’s Fine Foods transformed into Lucia’s Australia and sales jumped 40 per cent, and they continue to rise.

The shipping container heading to the United States is thanks to that simple change on the label and, daily, Simon says, he’s receiving phone calls and emails from people who’ve learnt Lucia’s is export ready.

“I thought I knew everything about business when I was 25,” says Simon, casting his inner eye back now over his own story.

“At 35 I thought, ‘I’m sick, mate. I know how to do business.’ But at 45, there’s another level of thought around it, that maybe I don’t know everything, but that realisation in itself opens up so many more opportunities.”

Sometimes a simple change and a light touch is enough to nudge a business into a completely new paradigm and commanding market position.

Rundle Mall’s infinite playlist: The politics of busking in the retail strip