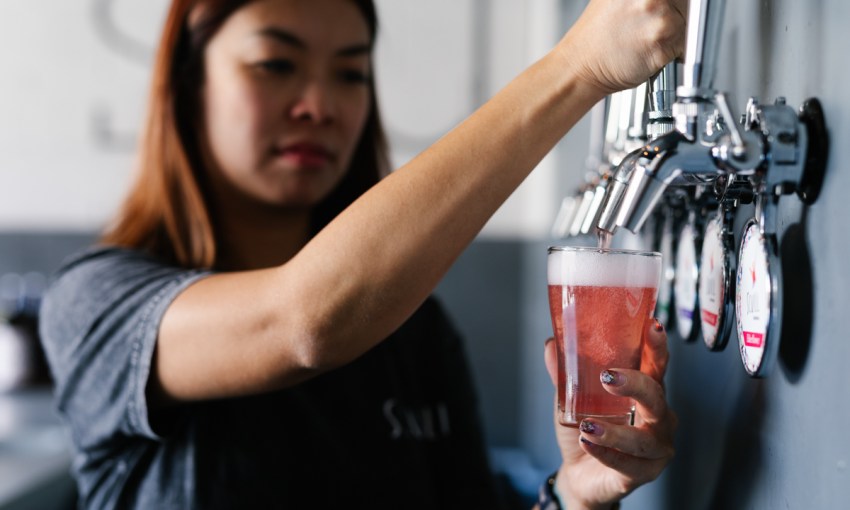 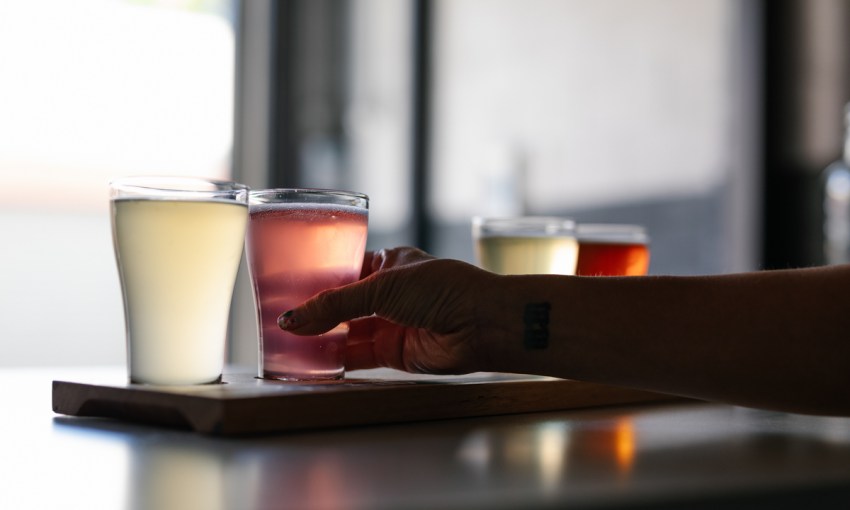 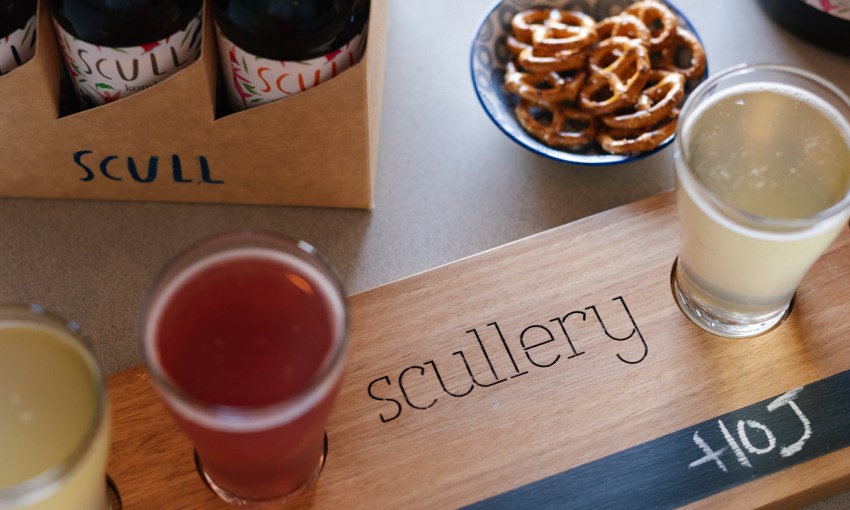 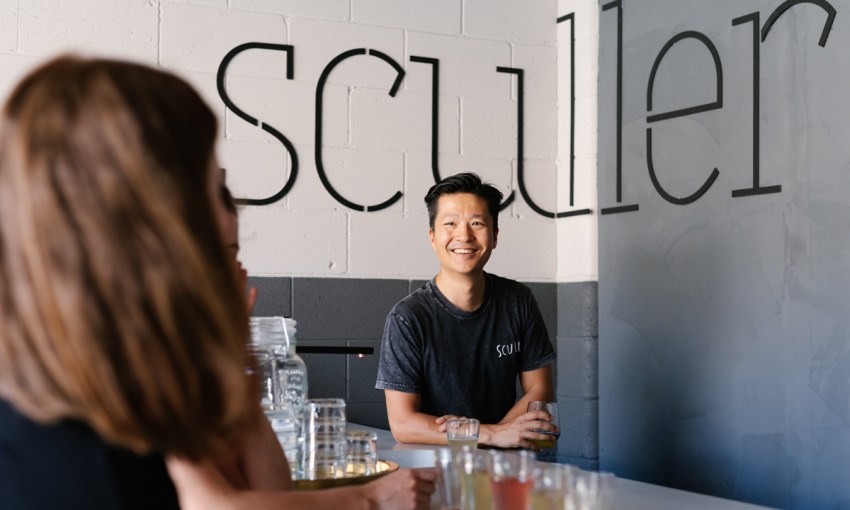 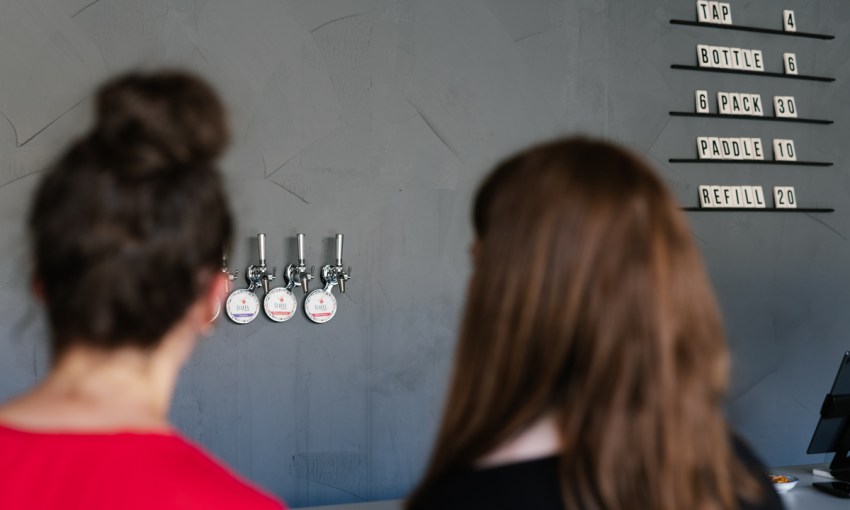 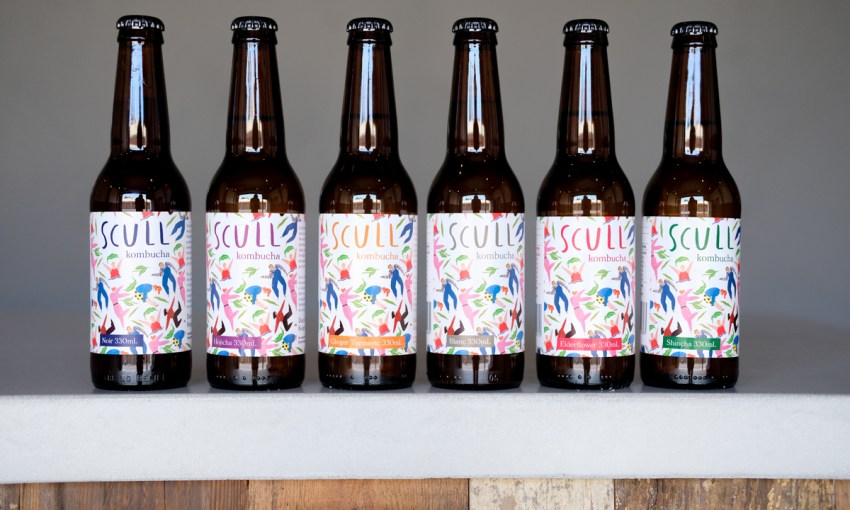 Sharon Lam and Damian Foo moved to Adelaide from Sydney in December of last year and wasted no time entering into the city’s food and beverage scene.

By February they had founded and brought to market their kombucha business, Scull (initially launched as Booch), which was the seed of an idea that had sat dormant in Damian’s mind since finding interest in tea and kombucha around six years ago.

Damian has a history in fermentation – he has owned a vinegar business in Sydney since 2006 – and so it’s only natural he would be drawn to fermenting tea. With five years of home brewing and experimentation under his belt, Damian began to realise the kombucha he was producing had a strong point of difference to what was available on supermarket shelves.

It wasn’t until the couple moved to Adelaide, though, that they found the time to convert Damian’s craft into a business.

Recently, after nine months building their brand and a customer base in Adelaide’s market scene, Scull’s production began to outgrow the confines of Sharon and Damian’s Bowden apartment.

“There’s not even a garage,” Sharon laughs. “The demand outstripped the supply, and we realised we had to make a decision. We decided to dive into it.” 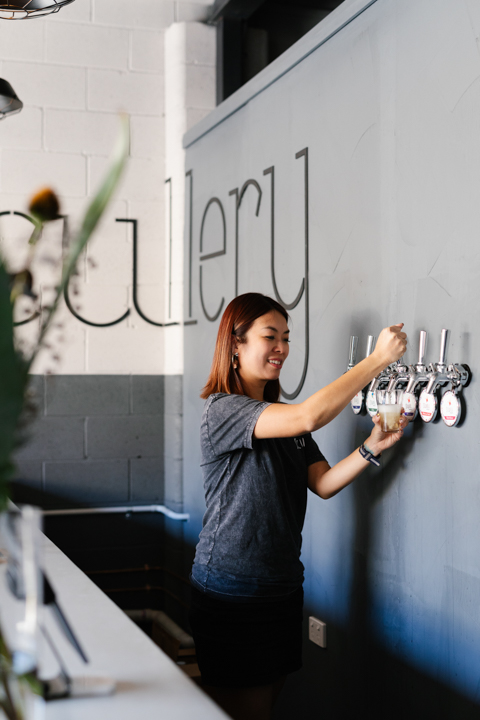 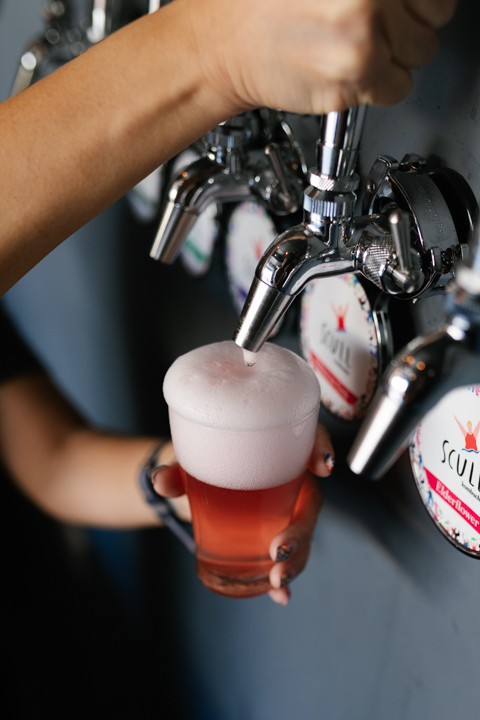 After scouting the city for a space, the couple found a small roller-door warehouse at 14 Collins Street, through Renew Adelaide, and set up camp. The space officially launches as Scullery on Thursday, 22 November, and will be Adelaide’s first kombucha taproom.

“It’s going to be a test bed where I can try new flavours and put them on tap and get consumer feedback,” Damian says.

“So I want people to come through and test new flavours and give me feedback so I can refine it.”

Kombucha fans can stop by and taste the full Scull range – Noir (a black tea base), Blanc (a black and white tea mix), Hojicha (a roasted green tea, grown in Victoria), Ginger Turmeric (ginger beer-like flavour profile, best for first-time kombucha drinkers), Elderflower (a sweeter flavour profile), and Shincha (early harvest green tea, also grown in Victoria) – as well as new products Damian is tinkering with, and bring in empty bottles for refills, much like a growler system at a brewery taproom.

Kombucha has enjoyed a recent spate of coverage in local media, following the purchase of Willunga-based Mojo by international giant Coca-Cola Amatil.

Despite the beverage industry at large seeing dollar signs beneath the SCOBY, in Damian and Sharon’s experience, consumers are still not fully aware of exactly what kombucha is. 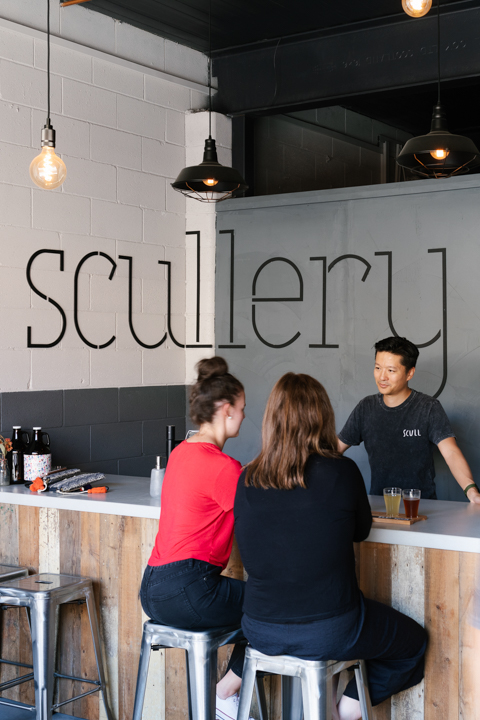 “I would describe the kombucha market as quite young, in that there’s still a lot of room for growth,” Sharon continues.

With relatively few players in the kombucha market (though the number is growing), Damian is confident Scull’s point of difference – fresh ingredients; more of a focus on tea, herbs and spices for flavour, rather than fruit; and Damian’s penchant for experimentation – will establish the brand as a favourite amongst kombucha drinkers.

And now with a physical home for the business, the couple hopes to build a community around their product that will see Scull grow alongside the burgeoning broader kombucha scene.

As well as at the Scullery taproom and in markets, you can also find Scull at a select group of cafés. See the list here. 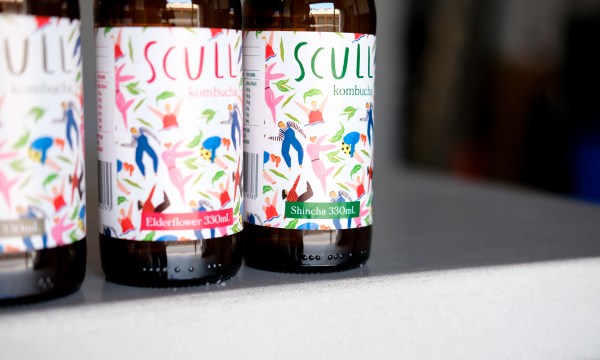