By opening the new Hindley Street venue, Jules and Erin Habib are filling a big gap in the city's hospitality offering. 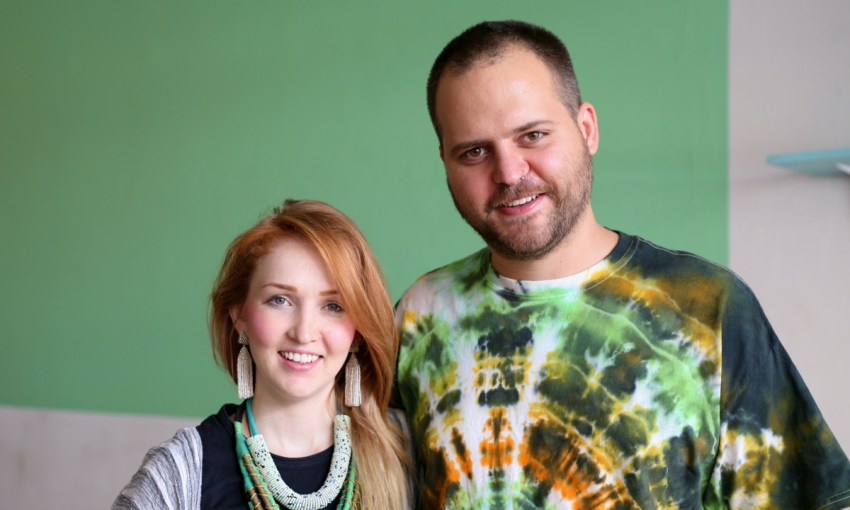 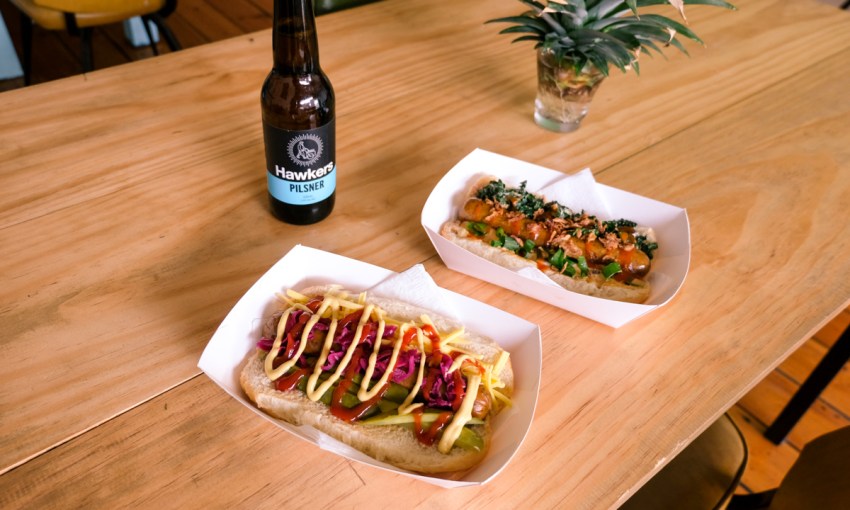 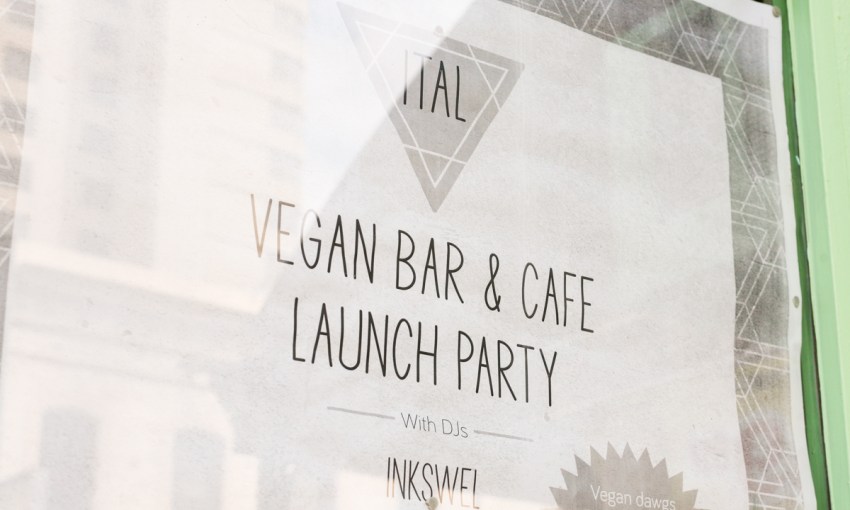 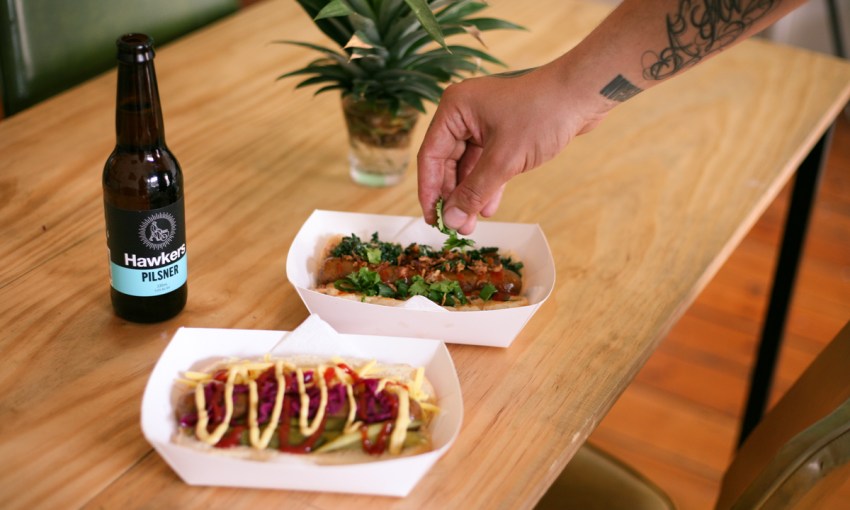 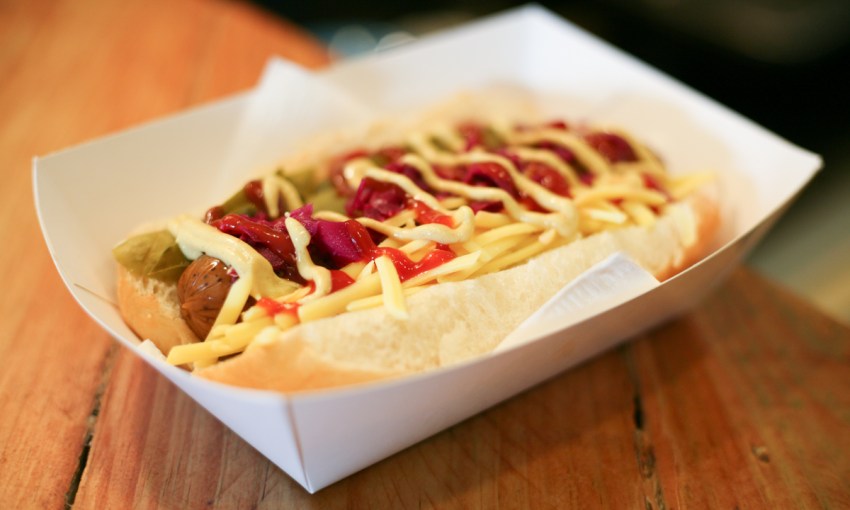 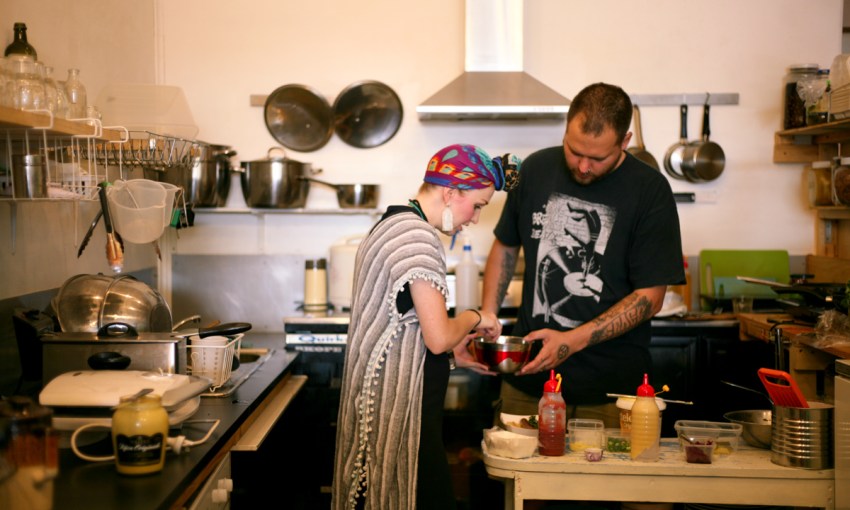 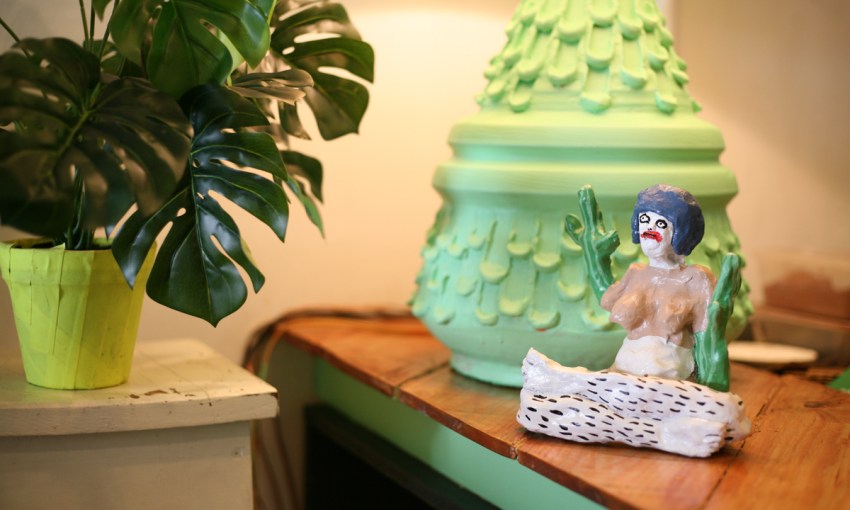 Jules and Erin Habib have just returned from two years living in Berlin – a city where there is about 300 entirely vegan restaurants.

Arriving back in their hometown of Adelaide, they found a very different food and drink scene.

Find Ital at 80 Hindley Street, Adelaide. The venue launches this Saturday, April 1 and thereafter they will be open 8am-3pm 7 days a week for breakfast, brunch and lunch, and will open 5pm-late for bar service on Friday and Saturday nights.

Details of the launch party are here and find them on Instagram here.

“When we got back to Adelaide,” says Erin, “we were out for breakfast and I just wanted a big breakfast spread with scrambled tofu and mushrooms and stuff like that – but I couldn’t get something that was really good and really good value.”

“That’s one of the reasons we wanted to do this,” adds Jules. “But also because in Berlin there’s so many vegan bars too – places that are just bars. And we could see that there wasn’t really anything like that here.”

Opening their own venue had always been part of Jules and Erin’s plans. When they heard that the Format Systems space on Hindley Street, which was most recently used for the pop-up Augnablik café and originally housed Parsec, was becoming available they realised it was an ideal opportunity. 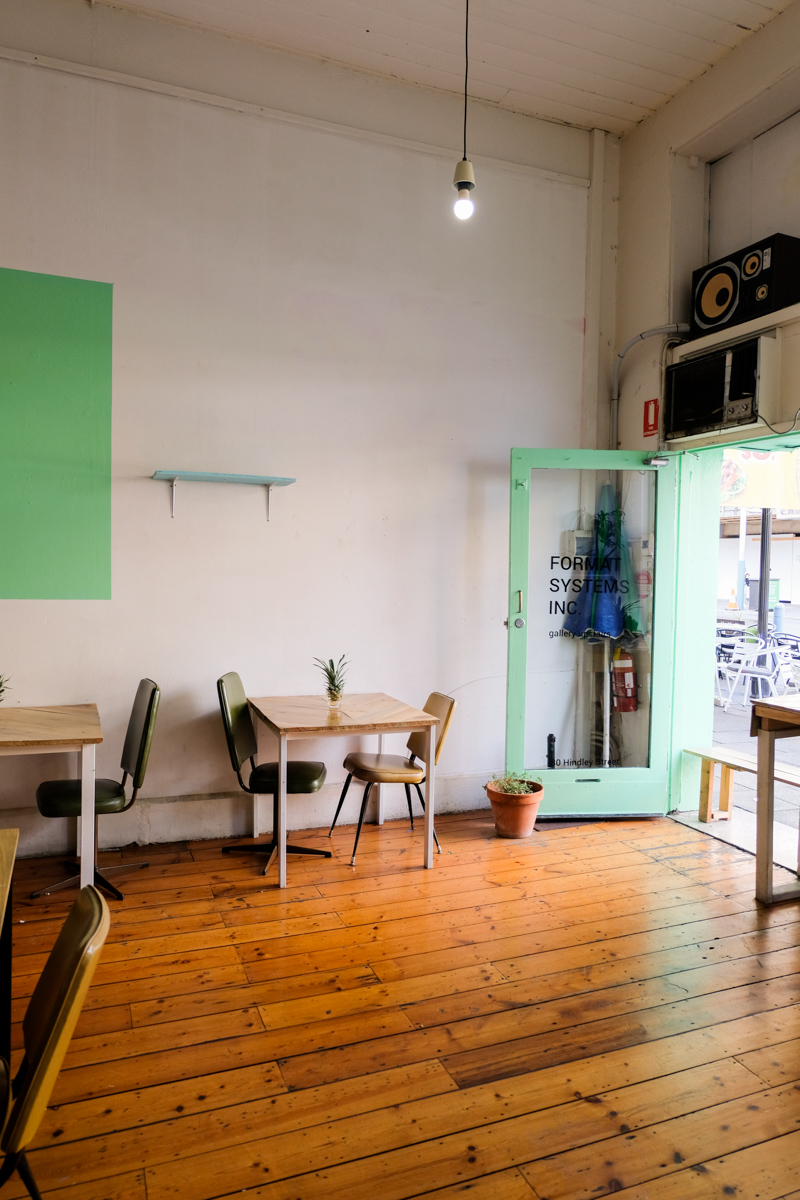 “It’s something that has been formulating in our minds for so long, but we never thought we’d have the capital to do it,” says Erin.

“But the way this space came about – it just sort of fell into our laps and it’s perfect for what we need.”

The pair both have hospitality backgrounds. Erin has worked front of house at many of Adelaide’s iconic restaurant and cafés – from Nano to Citrus, while Jules has spent time in the kitchens of Adelaide’s best-known vegan and vegetarian eateries, including Sarah’s and Veggie Velo.

Ital’s menu will have two distinct influences. The first is bar culture – with Jules working to create lunch time and night time dishes that satisfy the need to pair good drinks with comfortable, delicious food. 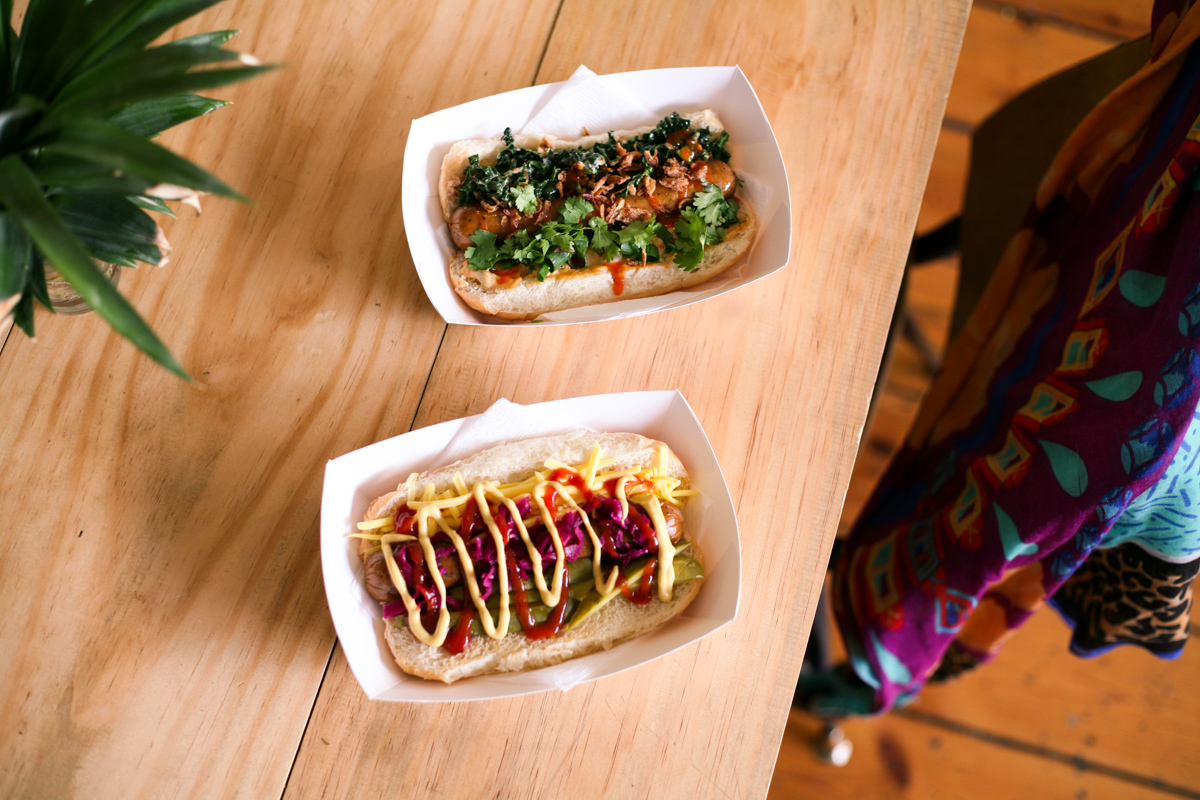 A sample of Ital’s vegan dawgs

The second influence comes from the venue’s namesake – Ital, a style of food often associated with the Rastafari movement.

“We’re coming from an angle of pure food and livity,” says Jules. “Livity means a prosperous life through diet and lifestyle. The food will be really nourishing, and it will have some Jamaican influence and some Western influence. 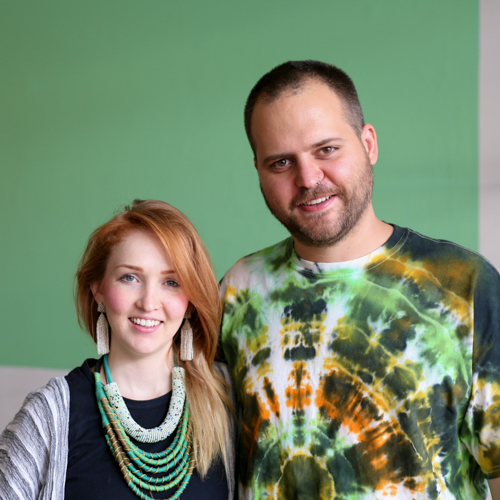 Jules and Erin both have a background in music, with Jules touring Europe constantly over the last two years under his artist name DJ Inkswel. This influence will translate into Ital with DJ sets programmed for bar hours and the pair spinning records during day time opening hours whenever they have the time.

“There will be the dawgs, and toasties and salads of the week and specials of the week like soups in winter.”

‘We’ll be doing bowls too,” says Erin, “with a whole bunch of different elements. There will be a breakfast bowl with scrambled tofu, and rice paper bacon and all that kind of stuff. And two other more lunch-style ones. And we’ll price them at around $10 or $12 so that they’re really affordable.”

Alongside the food, Ital’s bar will be pouring a selection of vegan beers, wine and spirits. While finding booze produced without elements like fish scales or gut enzymes that are often used for filtering or fermentation can be challenging, Erin and Jules are still determined to source as locally as possible and have already formed key partnerships with Samu Wines and Hawkers Beer.

Although the venue will only open its doors for the first time this Saturday, the response is already strong – “in 48 hours our Ital page had 500 likes, and the opening night is just going out of control,” says Erin – showing that an all-vegan bar and brunch spot is not only something Jules and Erin want to run, but also something Adelaide needs.