Introducing Plume: A small bar concept from the Karma and Crow crew

Slated to open in mid-2019, Plume will open in Karma and Crow’s former artist studio and retail space, with a cocktail focus, Modern Australian menu, and a fit out designed by Studio -Gram.

After more than two years as an artist studio (and briefly a retail space) adjunct to popular west side café Karma and Crow, a brand new concept is coming to the business’ front end – small bar Plume.

The bar will complement Karma’s café offering, opening from 4pm ‘til late, featuring a heavy focus on cocktails, eight beer taps (with craft and “blokey” beer given equal space), a Modern Australian menu, and a fit out from benchmark firm of contemporary Adelaide design, Studio -Gram.

Plume is slated to open in April 2019. Stay tuned to Karma and Crow’s social feeds for updates.

“I suppose Karma and Crow feels a bit rustic, and I would like to do the entire opposite, pretty much because I want to challenge myself to see what I can come up with,” owner and operator Janie Kammer says.

“It’s still going to have a relaxed nature about it, and atmospheric, and spacious. It’s going to have all of those characteristics of Karma and Crow, but I would like to have a more completed venue.”

The food will sit at a more approachable price point and will be less influenced by aesthetics than its café counterpart, Janie says.

“We want it to be humble and delicious, rather than focussing on aesthetics, like we do with Karma and Crow, which has a heavy focus on aesthetics. We’d rather it just be completely delicious,” she says.

The cocktail program will be further defined as Janie pulls together the bar team.

The fit out is not due to start until February 2019, with an open date scheduled for April 2019.

The project will be the realisation of a long-held goal for Janie to move into night trade.

“I’ve always wanted to open a bar. I did café first because I live and breathe café, so a bar’s going to be a challenge for me because I don’t necessarily know too much about that industry,” She says.

“It is a little daunting because it’s out of my realm of knowledge, I suppose, but also I feel like Karma and Crow can carry a lot of weight. And Karma and Crow has a huge following on social media. I think that’ll really help us out. But I also believe we’re offering something a little bit different to the other western suburbs bars.” 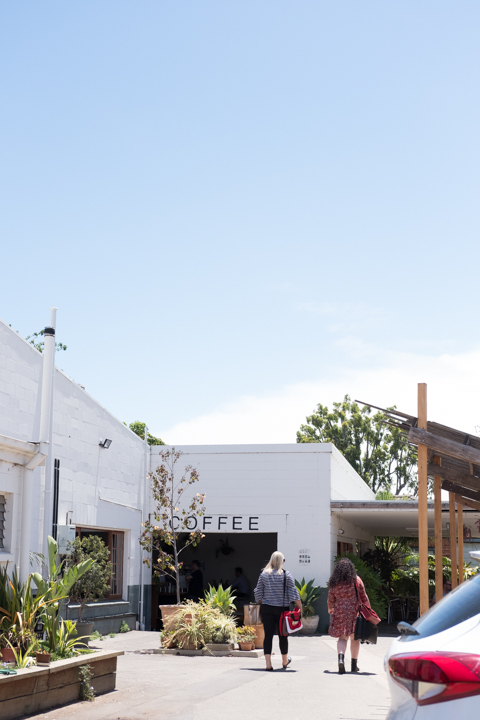 This image by Sharmonie Cockayne.

Like Karma and Crow before it, Plume will introduce a new offering to the relatively industrial and chronically underserved community in Richmond.

“The location here is really special. It’s not too far west and it’s not too close to the city. And also just the neighbourhood, it’s a very up-and-coming area, there’s a lot of young families and young people moving to the west side,” Janie says.

“I’ve spoken to a lot of customers about [opening Plume] before heading into it, and whether they’d be into it, and everyone’s super excited about it.”

Janie has been toying with the front of the venue since the beginning of the year, briefly adding a retail component in the space back in August, before moving the concept into the café’s waiting area, to greater success, after the distance between the two offerings proved difficult.

While the main aim of the retail shop was to add revenue to the space, the process of the 10-day fit out was also a drawcard for Janie. Plume is yet another opportunity for the entrepreneur to flex her aesthetic abilities.

“I wanted to create another space, because that’s what I really love doing. I’m very excited about interior design and creating nice vibes,” Janie says.

“I just kind of wanted to convert another space. I’m pretty excited about that side of it.”

CityMag visited Karma and Crow for our ‘Just One Thing…’ series late last year. Read all about it here.

Since opening in 2016, Karma and Crow has proved the value in a precise and well-executed vision, building a unique destination venue and devoted following – loved equally by locals and the Instagram brunch crowd, both willing to endure long lines for the delicious and undeniably beautiful food.

The café was founded as a response to Janie’s experience in the male-dominated hospitality industry, carving out a space respectful to women and welcoming to all.

But it is Janie’s continued intent to hit all marks, to not compromise on any one element over the other – be it service, coffee and food, or atmosphere – that has solidified the business in the minds of café-hoppers locally and on lists of things one must do while visiting Adelaide.

Come April, Plume will be another great reason to travel west and spend some time in Richmond.