The Golden Wattle restaurant and bar blooms on Pirie Street

A new hospitality group in Adelaide has taken over The Office on Pirie Street with all day food and drink and live music on the weekend.

When CityMag visited The Golden Wattle back in September, there were teams of builders, plumbers and electricians on the site formerly known as The Office on Pirie Street. They were busy moving, measuring, cutting, welding and generally tarting up the place ready to re-launch under new management and as an entirely new business – The Golden Wattle.

The flurry of workers were on-deck right up until open on 6 October – a hard deadline set by an early band booking – and now open, The Golden Wattle restaurant and bar (AKA: pub) is being wrangled into working order by a new group of hospitality veterans.

Damien Kelly is the owner of The Hotel Metro on Grote Street and he, along with Tom Byrnes (The Metro), Josh Philips (Magill Estate), Pete Curtis (The Port Admiral) Ben Quici (Midnight Spaghetti) and Dave Blumberg (Exeter) are putting everything they’ve got into The Golden Wattle. 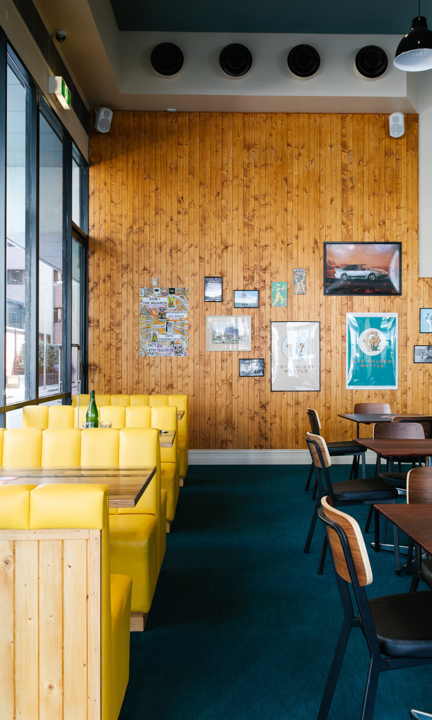 “I just got off a 36-hour flight from Siciliy this morning,” Dave told us. Off the plane and straight to the building site – Dave was keen. And three weeks later there’s no dip in energy but perhaps a new found maturity that can only come with staking your life’s savings on opening a venue in the heart of the city.

Dave’s energy and enthusiasm is matched by everyone in this new hospitality group. We’ll stop short of calling them bright-eyed and bushy-tailed but the team is visibly keen to get on with transforming The Office – iconic venue of the late ’90s – into The Golden Wattle – relevant eatery in the late ’00s.

“Because we’ve got restaurant backgrounds as chefs,” says Pete Curtis, “we’ll be bringing that quality and attention to detail across the whole menu.”

“Yeah,” Pete confirms and then clarifies, “but the Fritz is being made by a butcher for us specifically.”

There’s a bit of a wink in what the group are doing but the overarching theme for the Golden Wattle is to be inclusive says Damien.

“The bank got stroppy with me the other day,” he tells us. “I was filling out some forms and they wanted to know which demographic we were targeting and I just told them – ‘everyone’ – if someone wants to come in, a group of people, and they want to take over the space and make it theirs then that’s alright by us. We just want and need to make sure that everyone feels welcome here and that we have a role in creating a welcoming atmosphere,” says Damien.

While The Golden Wattle’s first draft menu features pub classics that will go down well with the area’s office workers, there are some inventive features like Bone marrow and celery heart for starters and barbecued bananas with ice cream and popcorn for dessert. The large, open plan kitchen will be a huge feature of the new venue and, in the same vein of recent pub revivals like the Port Admiral, it will centre around a large wood-fired grill.

“We had quotes to custom build a big metal BBQ grill that ranged from $1,600 – $3,600,” says Damien. “Thank god for Gumtree alerts because we ended up getting that [points to the large format metal BBQ in the middle of the construction site] for $500.

“It had never been used, it was made by inmates at Yatala prison and I drove out to Campbelltown to meet the person selling it and I paid cash and we didn’t talk. It was beautiful.”

Breakfast, lunch and dinner five days a week, with a later start on Saturdays. Live music has already been booked into summer – so you can be sure The Golden Wattle will be up and warbling the whole time the sun sets at the end of Pirie Street. 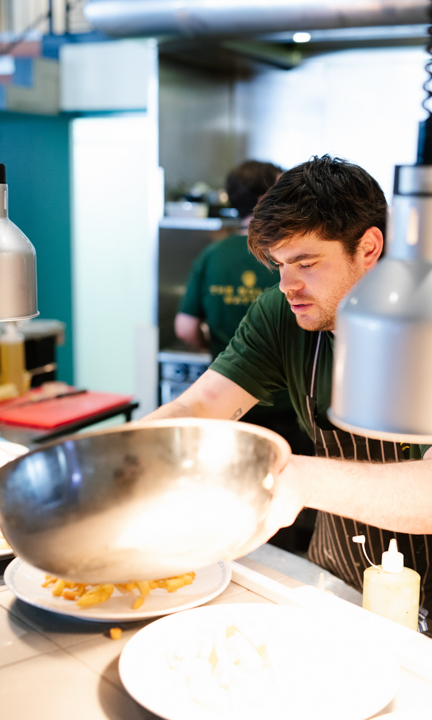 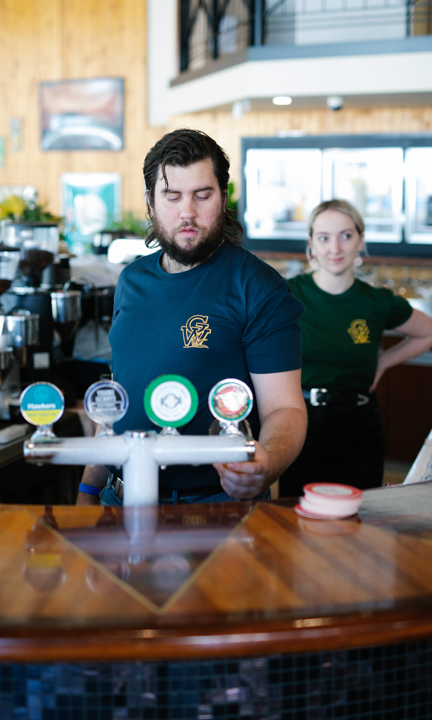 Sign up to CityMag to stay in touch with more great developments like The Golden Wattle as they come to fruition.