After being closed for a decade, the landmark pub in Port Adelaide opens this week amid much anticipation. 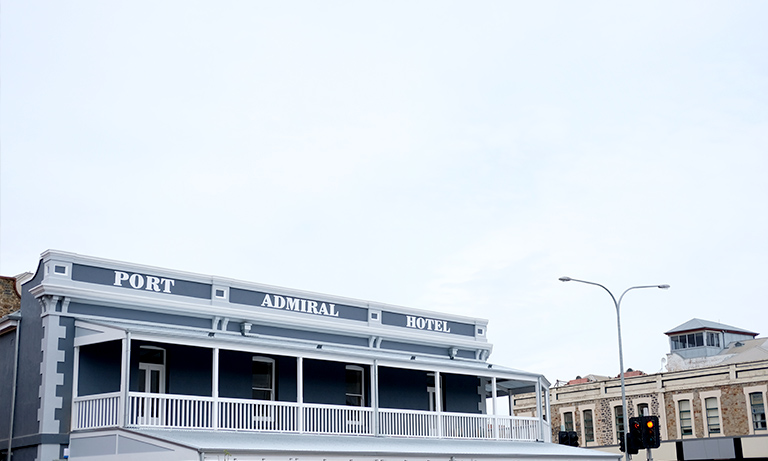 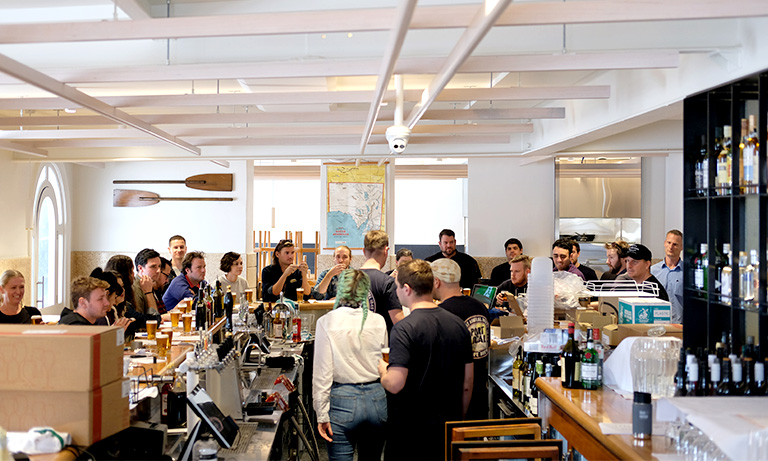 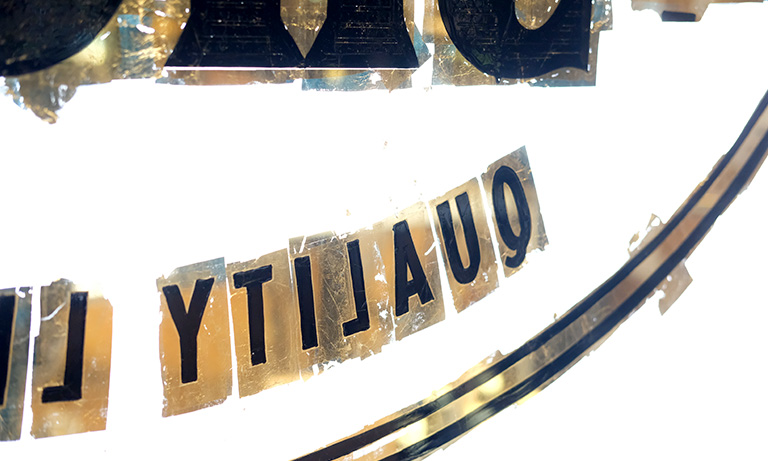 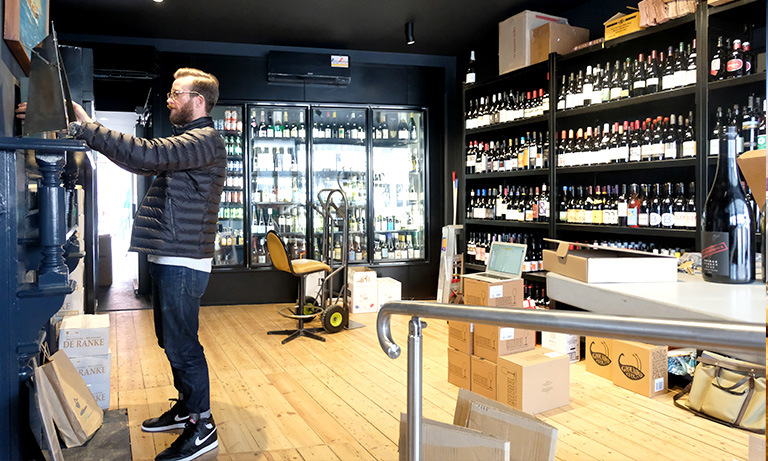 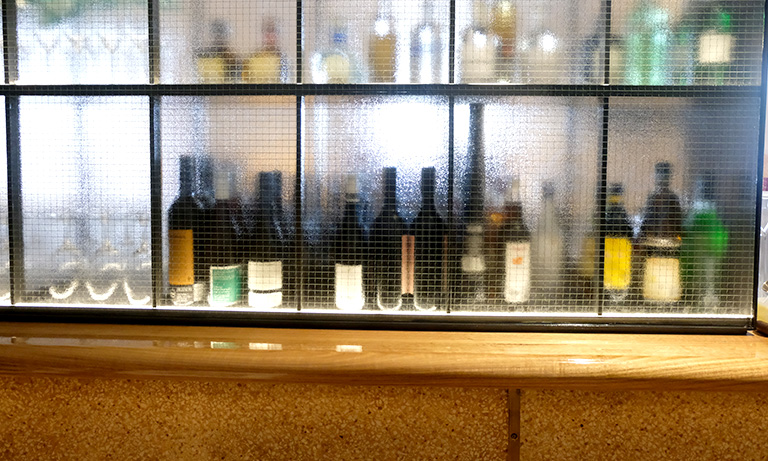 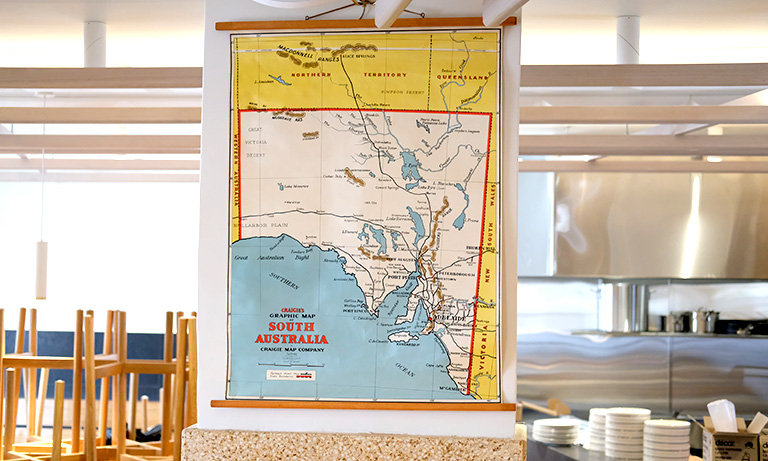 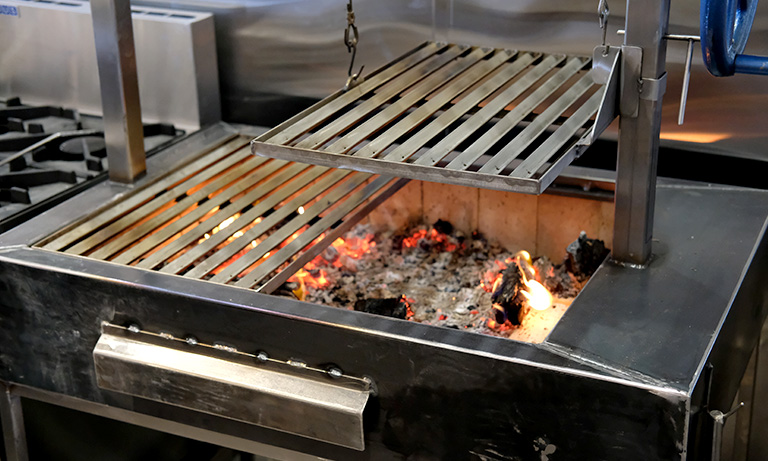 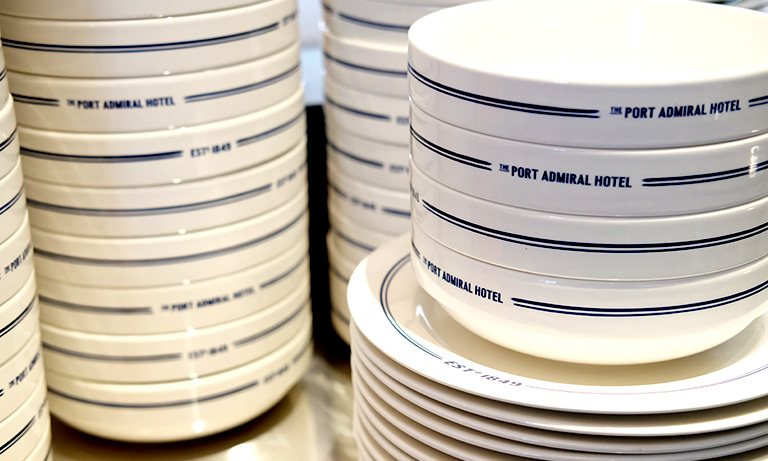 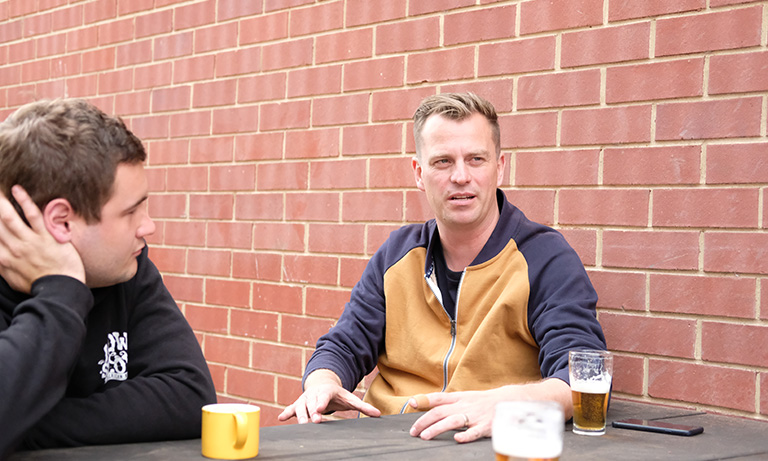 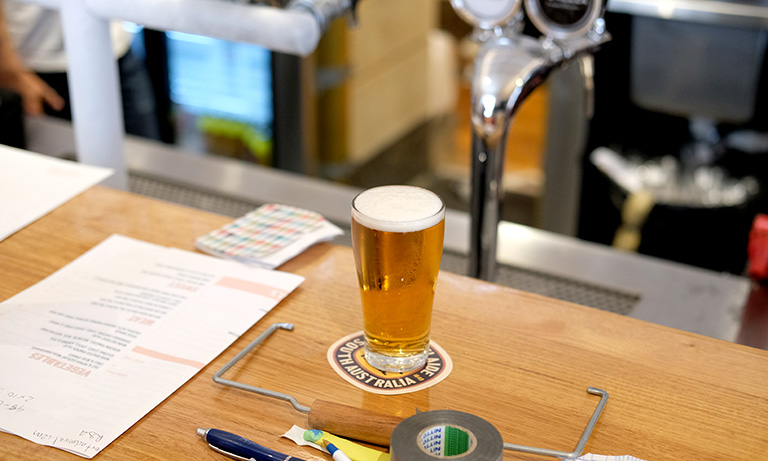 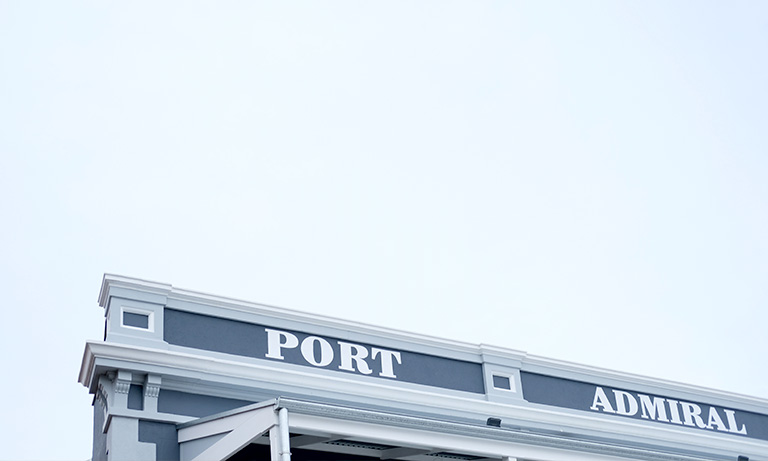 It’s 4pm on Friday afternoon, a few days out from the official opening of the Port Admiral Hotel on Wednesday, 8 November, and the pub’s first staff training day has just ended.

CityMag shares a table with two of the pub’s co-owners – Crispian Fielke and Angus Henderson – as the last licks of paint are being applied to the mural behind us.

It’s been a long day – and a long 12-months – and Crispian admits he’s exhausted.

“Today was the end of the build and the start of the pub. Whilst there’s still building going on around us, it’s clear that we need to get busy, get training, our products are coming, get tasting.”

Earlier that day, with their entire staff crowded around the freshly minted bar, another co-owner – chef Stewart Wesson – introduced the crew to his menu’s 24 items, Angus explained the Port Admiral approach to cocktails, and schooners of the establishment’s signature, specially-brewed lager were passed around the counter top for the very first time.

Most importantly, it was the duo’s first taste of the front bar doing exactly what it was designed to do – bringing people together.

“I loved it today. That first little 15 minutes where people were walking in and sitting down and taking their spot around the bar was amazing, my face lit up,” Angus says.

“Then I walked out of the room and all of a sudden there was 20 people in there, and they were all sitting there having a chat, and they don’t really know each other, but they’re getting to know each other, because they’re not all friends yet. It was excellent.

“That bar, as soon as you walk in there, it is warm. It gives you a big old hug when you walk in, and instantly you just feel welcome. That’s the key with this place, I think, is that everyone feels welcome regardless of who you are.” 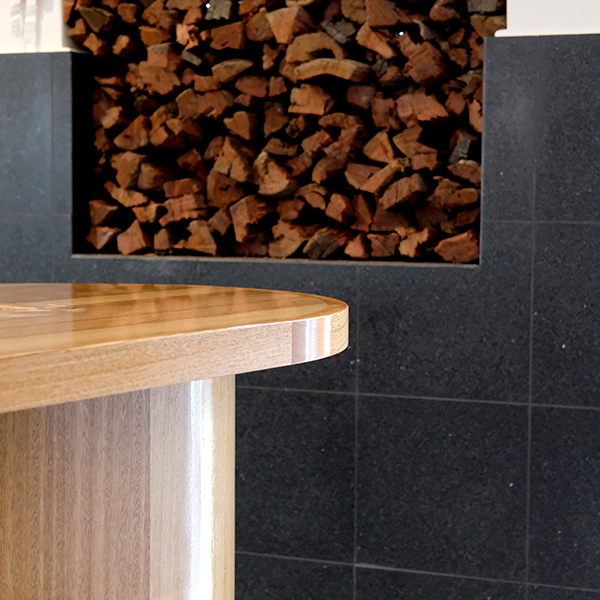 Once open, the crew hope the Port Admiral Hotel will be a cornerstone of the Port. Both Angus and Crispian understand the cultural weight that the pub’s bricks and mortar will bear. They’ve invited in Tony Kearney, a photographer and long-time Port Adelaide activist, to help provide context for the staff who will be tending bar and greeting locals.

“He’s very heavily embedded in that community of people that love this area so much,” Angus says.

“To have him here talking to our staff is so important to us, because we really believe in the history of the area, and we want it to be super successful, so to have 15 staff members who have a really solid understanding of what the Port used to be and what it should be, it’s really important.”

Testament to the inviting nature of the pub is the sight, as we sit and talk in the beer garden, of most of the staff still at the bar chatting over another glass of Port Local, even though training has finished.

Like the pub, the Port Local lager has been a long time coming. The first brew day was back in August, and Crispian has been eagerly checking in on the beer each week.

“I straight-armed the first can on Tuesday a week ago, as is tradition at Pirate Life. There’s no arguing about it,” Crispian says.

“The can is quite a condensed, more focussed flavour, as is the same for most packaged beers. It’s a really good drink. You blink and it’s almost not lager, it’s just a Pirate Life nice drink. It’s got their stamp on it. But this I think is true lager on tap. I really am quite proud of the draught product.

“It’s absolutely better than what I was expecting. I don’t think they could’ve made it any better. I really don’t.”

“There’s plenty of hype in the brewery around it as well,” Angus says. “To have 30 employees who brew beer talking about the product is amazing.”

In two days’ time, the pub will be fully operational for the first time in at least a decade, as will the adjoined bottle shop and fish and chippery, and the public will finally receive the first official pours of Port Local.

The opening will be, without doubt, a milestone for all of the many partners involved, but as a Semaphore resident, and part-owner of Low and Slow, it is set to be an especially important moment for Angus.

“I feel a really big part of this area. I’ve lived in Birkenhead in Semaphore for the past six years, and I did live here for a little while with my Dad,” he says.

“Hopefully, for me, the businesses will stay, but [also] eventually people will move down here as well, and it becomes this community, and it slowly rejuvenates from there.”