My Adelaide with Dave Blumberg

As a fixture behind the bar at the Exeter, on stage in myriad bands, and now running his record label – Drongo Tracks – there are few individuals more embedded in Adelaide’s live music scene than Dave Blumberg.

“Since I was a teenager, I knew that I wanted to make music,” says co-founder of Drongo Tracks, serial Adelaide muso, and Exeter bartender, Dave Blumberg.

“At school I had a couple of little jazz combos, a big six piece and a little trio, and when I was 16 and 17 I was playing at this old café in North Adelaide called Vagabondo… I’d play there every Sunday with these two other guys. 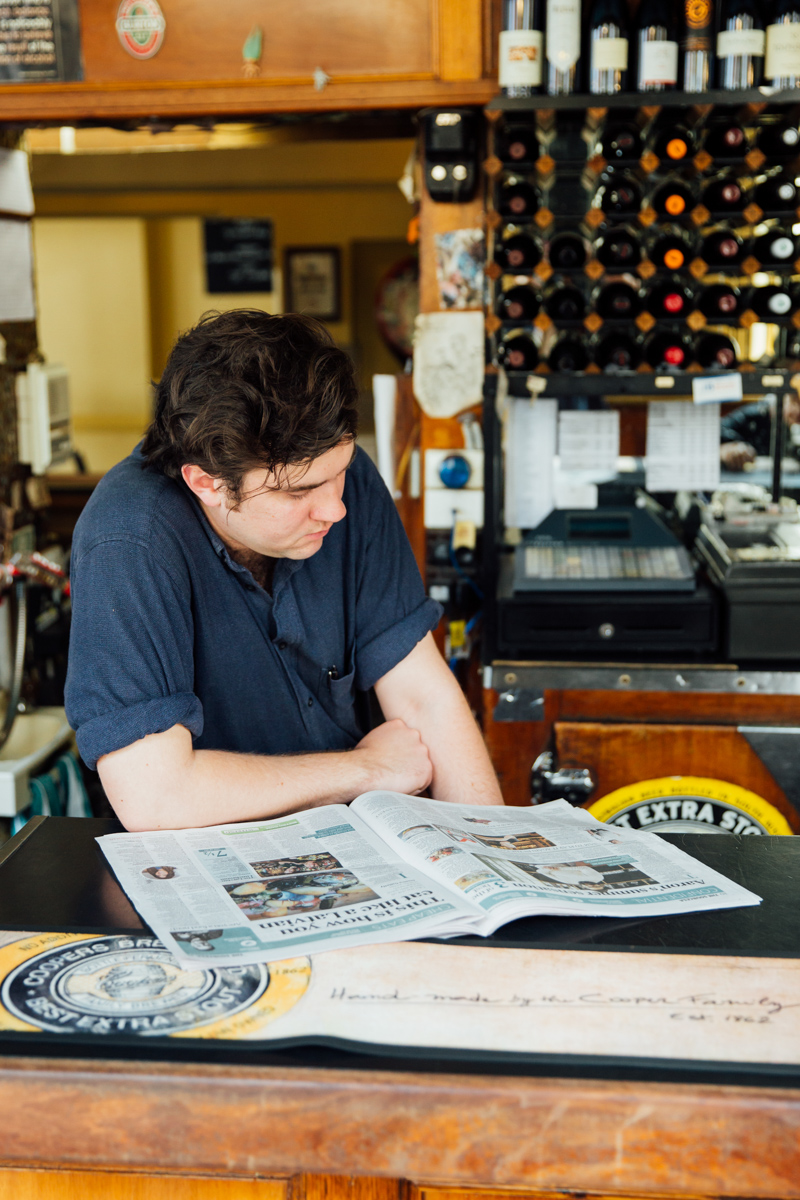 “After high school I started playing in this band called TEA… The first gig we ever played was a Wednesday night at Supermild in 2009. I’ll never forget it… We were loud and shit and heaps of people came. We had a great time.

“In Adelaide, because it’s a small scene, if you start a band and people like it, the band will just be getting thrown gigs left, right, and centre. I see that working at the Exeter, and being near the Cranker.

“I worked at the Fringe here one year, made some connections in Edinburgh… and I spent two years living over there, and then for a while in Canada.

“My visa ran out, I was ready to start playing in bands again… It felt so good to come back here and be surrounded by musicians who are making music that I found interesting… Hear people playing really good rock and roll music, really weird, interesting stuff.

“I started playing with this band called Men With Chips, which was a grimy punk band, and we made a record. It got put out through this record label in Melbourne.

“It was daunting. This is a lot of money, on top of paying rent and buying beer.”

“We’d spent a bit of money getting a tour together, making the album, etcetera, and we were selling these records, but we weren’t seeing any money back from it because it’s all going to the label – which is the way it is, because it’s expensive to make vinyl.

“After doing that, I was part of these two records, Gertrude, which is the rock opera I wrote… and then this other band I play in, The High Beamers, also finished an album.

“Tom Spall, he’s the singer and songwriter in The High Beamers, we were talking about it, and I was just saying ‘Look, after doing this Men With Chips album with the [Melbourne] label, that was all good, but I reckon let’s just save up some dough and do it ourselves.’

“It was daunting. This is a lot of money, on top of paying rent and buying beer and everything.

“I remember the day that the records turned up, three boxes of LPs, and I thought ‘Fucking hell, who’s ever going to be buying these? I’m going to be lucky to sell 20 of them.’ Roughly I sold half of them in Adelaide, and the other half on tour.

“I’m really proud of what Tom and I have done with Drongo… The next step down the track will be, if there are bands out there that we’re really impressed by, we’ll [release] something that’s not us.

“There’s so many good young bands here; if I had heaps of money, I’d be making 10 different albums from 10 different bands.

“Right now, I’m just trying to play gigs with all kinds of different bands, which is one of the really great things about working at the Exeter… It’s a really good thing that there’s live music there five nights a week.

“People are always comparing Adelaide to the bigger cities, but I think it’s really good that we’re here on our own.

“I definitely feel very strongly attached to this town. I don’t know how that comes out, or if it detectably does, but that’s in me, and it’s probably manifesting itself in some way.”