Doubling as a café and wine bar, and with ambitions to become a wine bar, Thiele's Shop is bringing a new perspective to Hahndorf hospitality.

A new era has begun for Thiele’s Shop in Hahndorf, as the historical name of the store located on Mount Barker Road is revived by the Madden family, under the stewardship of Thom Adams.

“This used to be Thiele’s Shop a long time ago. Thieles are one of the first families in Hahndorf, and they used to run a little shop selling flowers and stuff out of here,” explains Thom, whose partner is Lily Madden, the daughter of the current leaseholder of the building, Rebecca Madden, who also runs The Paint Box next door.

The 21st century Thiele’s is a café, pouring De Groot coffee and presenting a “really simple offering” of toasties (with bread from Brid in Piccadilly) and both sweet and savoury pastry items. It is also a wine bar, selling cheese and charcuterie items and a selection of wine and beer that Thom says is difficult to find elsewhere in the Hills. 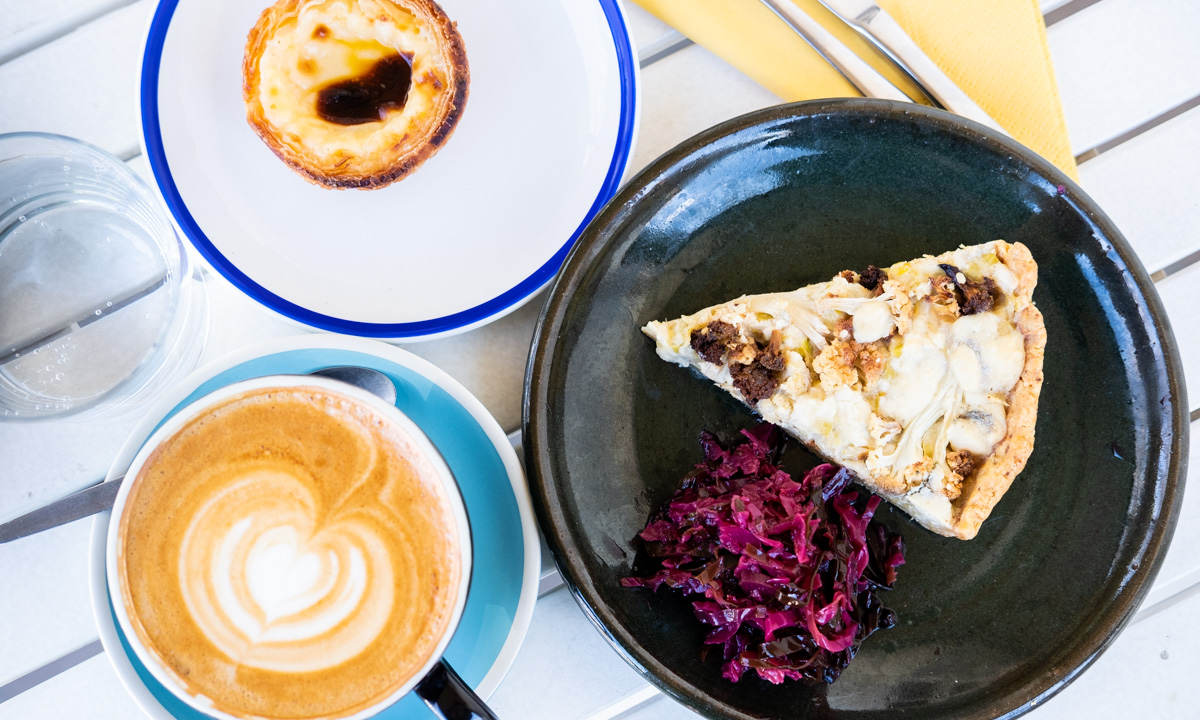 A mid-morning snack spread at Thiele’s

“[We’re selling] wines from friends, and also a few wines that I’m familiar with from working in the UK, that I don’t see anywhere other than LOC,” Thom says. “It was just stuff that I really like.”

Thom moved to Adelaide form the UK in January 2020 to work a vintage for Hills winery Manon Farms, where he still works two days a week. Prior to that, he came up in hospitality working in cafés, eventually moving into restaurant work. His most “foundational” experience in the industry was working as a sommelier for Where the Light Gets In, a “pretty forward-thinking farm-to-table restaurant” in Stockport, Greater Manchester.

At Thiele’s he hopes to build on the hospitality scene that already exists in Hahndorf by adding to what he sees as its underserved daytime offering.

“Hahndorf’s a really interesting place. I think since COVID it’s dropped off, but it’s a really, really busy town,” he says.

“There are lots of places to eat, but I feel like they all offer a similar thing, other than Comida. So for the morning stuff, that’s a big part of Hahndorf that is a little bit lacking, is the nice croissants and stuff like that.” 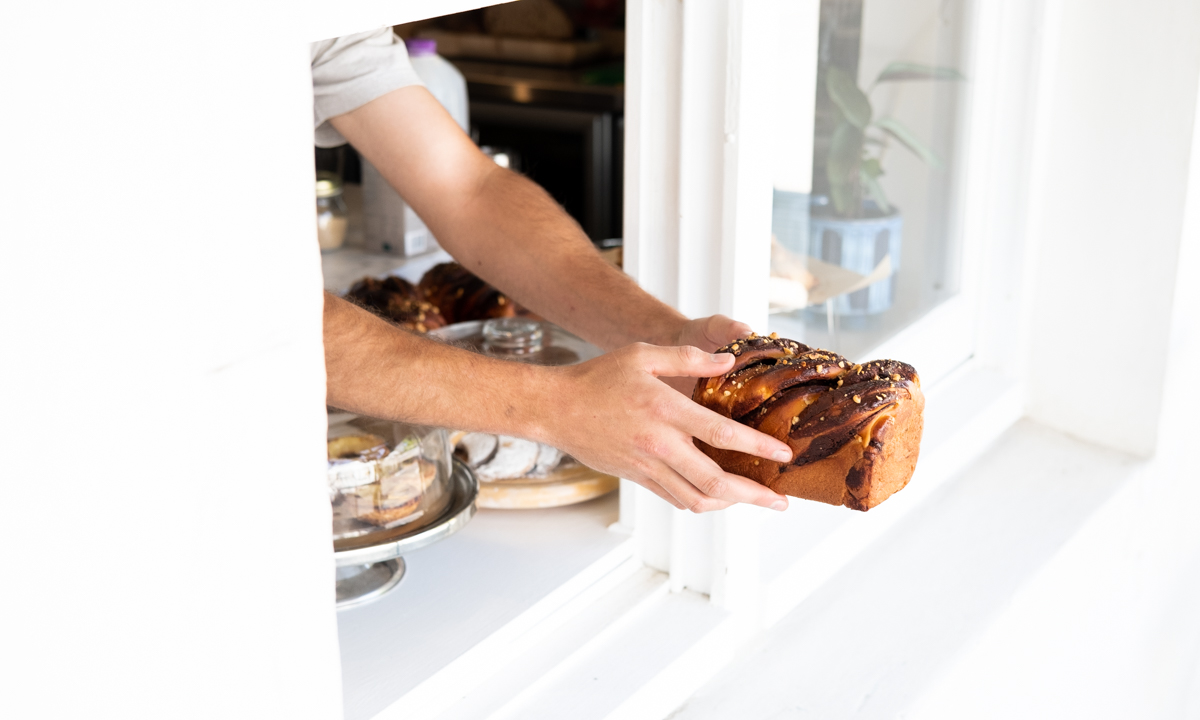 You can find Gordi Babka at Thiele’s

Thiele’s currently opens from 8am ‘til 3pm on Friday and Saturday and 9am ‘til 3pm on Sundays. To hopes to soon extend trading into Friday evenings, when the space will open as a wine bar.

“I feel like [Adelaide’s hospitality scene] is booming, so I feel like it’s a good time to get involved,” Thom says. “There’s a lot of good restaurants. I think the Hills still is a bit far behind. The Hills is definitely booming in terms of people moving here, and I don’t know if the restaurant and coffee shop scene is keeping up with it. So, I feel like that’s a good start.”

Thiele’s Shop is located at 100b Mount Barker Road, Hahndorf. Connect with the business on Instagram.