Prior to its closure last year, Piccadilly Kitchen was an old-school, infectiously charming, community-oriented café.

Such spaces are increasingly difficult to find, as the ramshackle-charm aesthetic gives way to the straight-lined minimalism of Instagrammable brunch hotspots that all seem to be conceived of the same DNA.

So Brid, the small, bread-championing café opening soon in the old Picadilly Kitchen space, has some comfortable shoes to fill.

The barista cut his teeth in Wellington at specialty coffee roaster Coffee Supreme, and since coming to South Australia has pulled shots at local favourites Monday’s and Sibling, as well as working with Basket Range winery Commune of Buttons.

Duncan wasn’t actively looking to open his own venue, it was more a case of the opportunity arising at the right time.

“The idea for the café came when the space became available. My partner, Beccy [Bromilow], who’s one of the owners of Ensemble next door, said they were looking for someone to open a coffee shop in the neighbouring space,” says Duncan

“I wasn’t looking for a café, it’s just the opportunity was really good, so I thought I’d take a swing at it.” 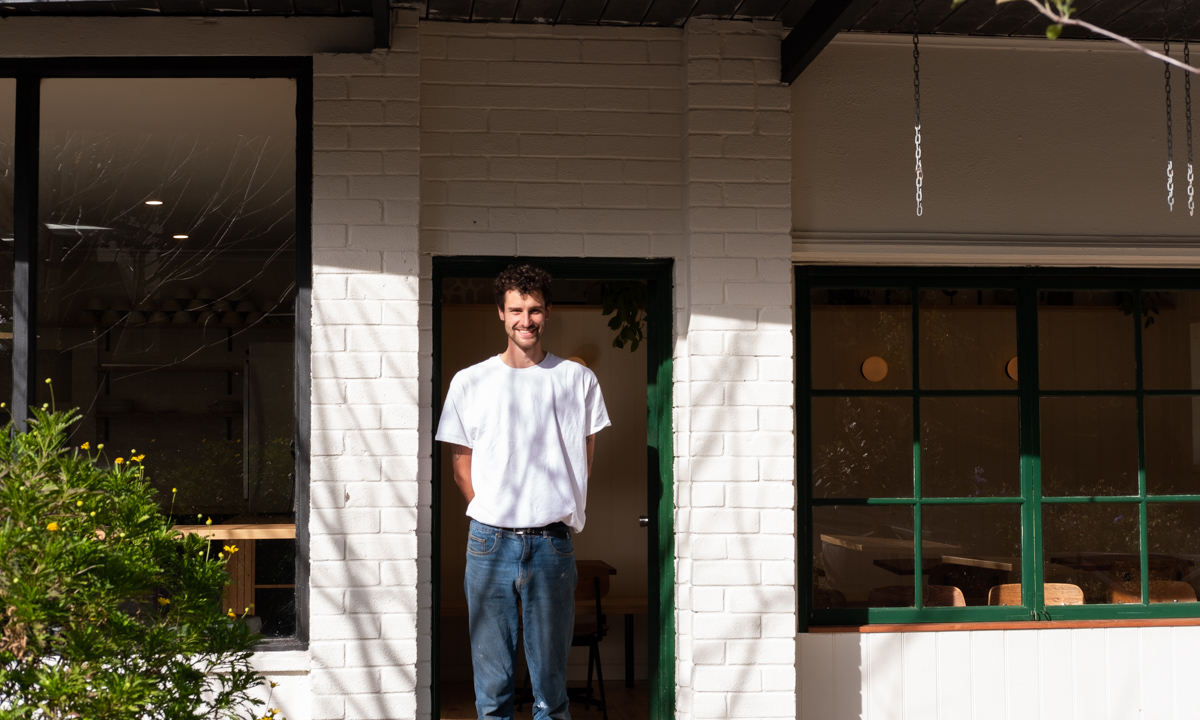 Duncan Reid, who is too tall for his new café

To capture some of the charm of the last tenancy, Brid has been fit out with second-hand furniture, some of which has been reupholstered by Beccy, who also owns BB Shoemaker.

Duncan’s been an enthusiastic home baker for five years (well before it became a trend during lockdown), but he did purchase a commercial bread oven when he became home bound last March.

This was another prompt to create a business and centre it on his passion. 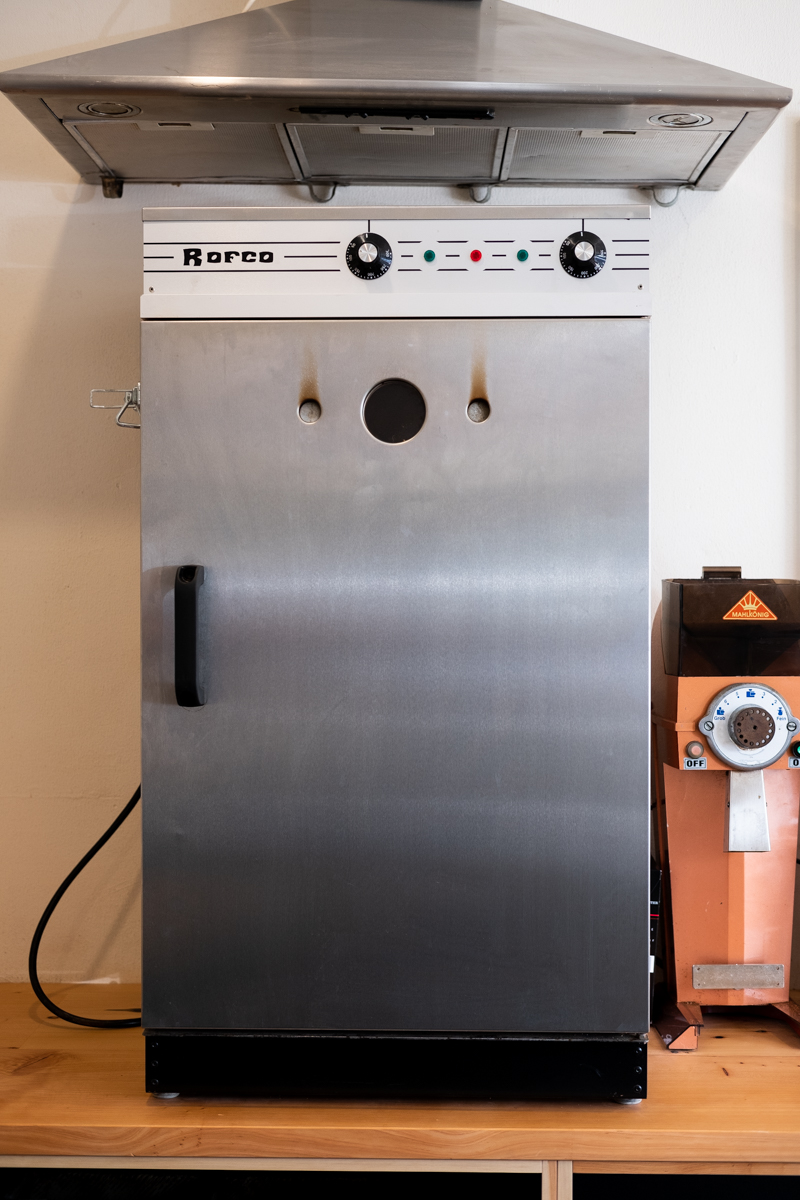 “I bought [the bread oven] in March last year when I lost all my hours at the cafés, and because I’m a Kiwi…  there were no benefits, so I thought I’d branch out and make bigger quantities of bread,” explains Duncan.

The name of the café – Brid – is equally “a little tongue-in-cheek poke at my Kiwi heritage and accent” and a reference to his reverence for bread.

Naturally, the food offering at the 30sqm café revolves around all things wheat, flour and grain.

“I’m still working out the final details, but it’s going be toasties and sandwiches, and sweets like cookies and fruit pies. I also want do some eclairs,” Duncan says.

Brid’s bread will also be available to purchase by the loaf.

“We’ll only have a couple of options, at the moment I’m thinking a ‘country loaf’, which’ll be 50 per cent wholegrain, with a mixture of different grains, and then a 100 per cent spelt loaf,” Duncan says.

“And I’d like to do a special that’ll change, like a Jerusalem artichoke sourdough – we’ve got about 200kgs of [artichokes] in our garden, so I’ve got to use them somehow,” he laughs.

Sustainability and organics are also a big part of Brid’s ethos.

“Some of the flour and grain are from Four Leaf, and I’m also buying grain from a biodynamic estate in Victoria called Burram Biodynamics – they grow really awesome spelt that I’ve been using for some time. We’ll be milling some flour here as well.

“And I hope to take all of our food waste and compost back to my place at Norton Summit and I’ll be composting it there. It’s good to know where the waste goes, to know that it’s disposed of responsibly.” 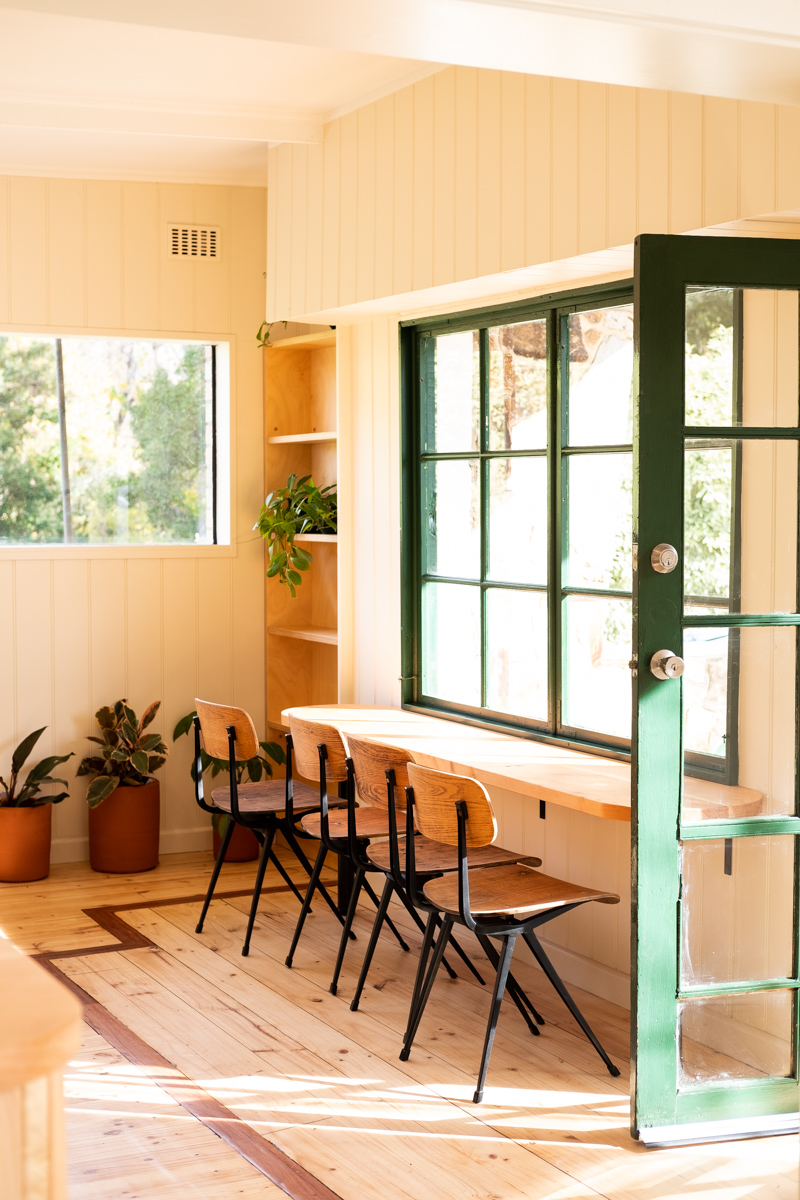 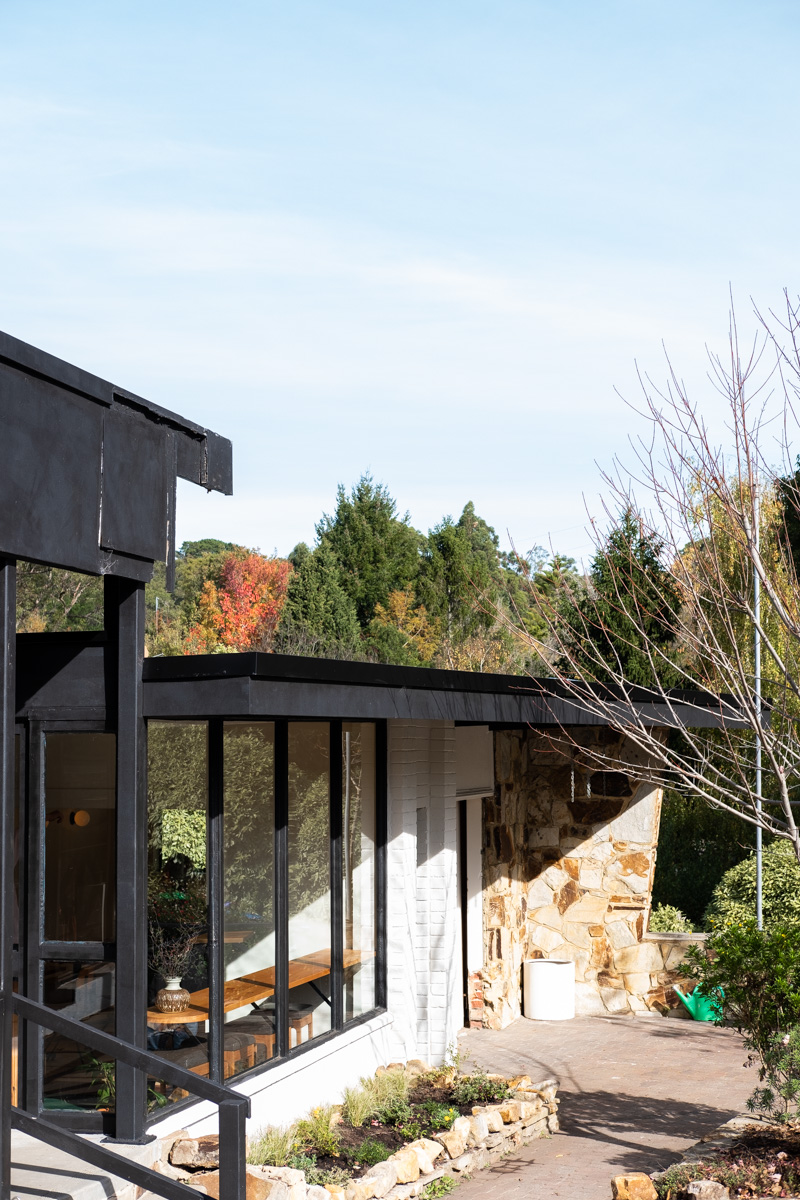 Seasonality will dictate the menu, as Duncan plans to source all his produce as locally as possible But he also hopes to offer a few items that nod to his New Zealand background.

“We’ll do ferments and pickles, and I hope to work with [Ngeringa and Maggie’s Farm] and do some foraging and things. We’re coming into mushroom season, so I’d love to do a mushroom sandwich with Hills mushrooms,” he says.

“I definitely want to play on my NZ roots a bit with things like savoury cheese scones, and I’m thinking about doing big pockety jaffles.”

“I’m using Monday’s for espresso, and I hope to have rotating single[-origin coffees] for filter from across the country,” he says.

“It’ll be a simple selection of tea: a lemon verbena tea that we’ve grown on our Norton Summit property, a black tea and something like a green or jasmine from Tea Catcher.” 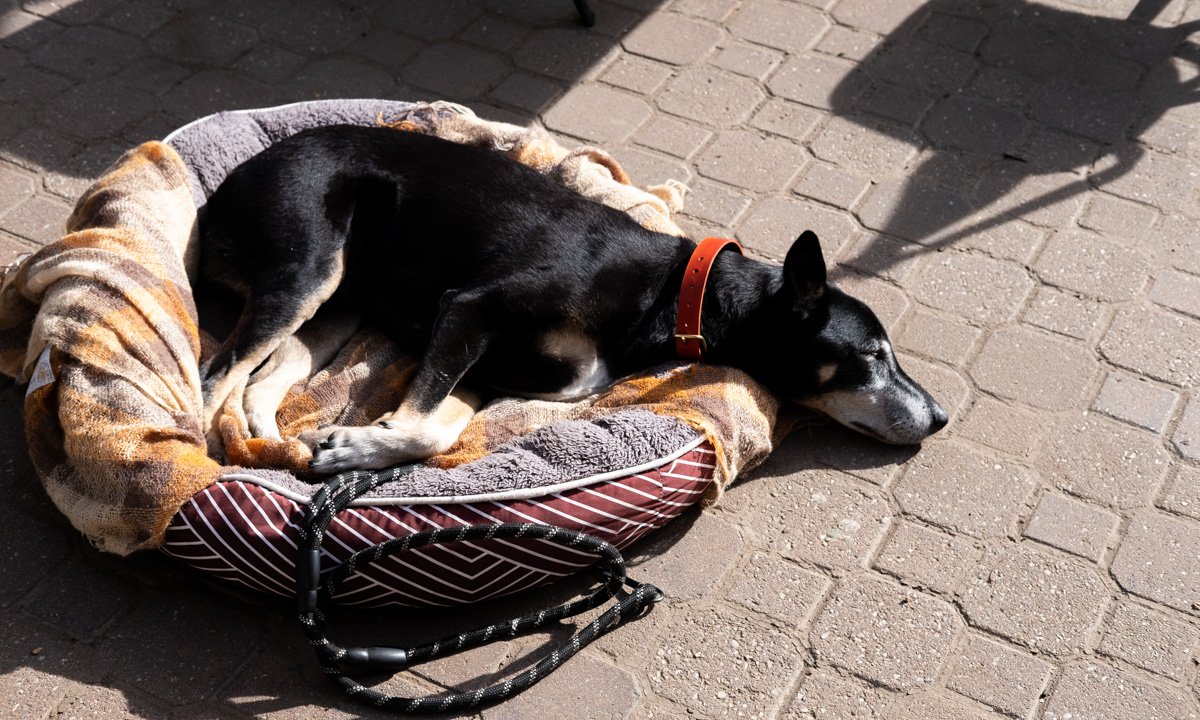 Plenty of sunshine to be found in the afternoon

Duncan can’t confirm an opening date at the moment, but he’s confident Brid will be open by the end of the month, possibly within a couple of weeks.

When Brid does open, it will operate from 8am ’til 2pm Friday to Sunday.