Bowden Cellars and CAROclub to open collaborative venue at Plant 3

CityMag has been charting the evolution and gentrification of Bowden since 2015, when the development was little more than a sustainability-minded spark in the State Government’s eye.

In the intervening years, apartment blocks have been built up and Plant 4 has established itself as a go-to marketplace for locally produced goods – for Bowden locals as well as those farther afield.

There are bakeries, eateries, retail stores stocking small makers, a supermarket, and more within the Plant 4 development.

Next door at Plant 3, there is a hair salon already operating and a brewery and taproom set to open on Wednesday, 14 July.

But still, something is missing – or so say Dale Wostikow and Josh Voigt, who are about to launch independent bottle shop Bowden Cellars in Plant 3.

The duo are the founders of Adelaide Wine Markets, which regularly holds wine events at the Market Shed on Holland.

The Market Shed is run by the Kaitatzis family, who also operate Plant 4 and Plant 3, giving Dale and Josh the in they needed to bring about their first bricks-and-mortar wine store.

“It was always the long-term plan, but when this opportunity came up, it was the right area for us,” Dale says.

“It just seemed like a natural fit, just [Bowden] being a really community-focussed area,” Josh adds. “That really suited what we were after and what we wanted to do.”

Bowden Cellars will focus on small-batch South Australian producers, and it is the founders’ intention that the store “[steers] clear of the commercial brands”.

“A lot of guys that we work with through the Adelaide Wine Markets, they don’t necessarily have a cellar door yet, they’re not at that stage to open their own cellar door, but they make fantastic wines and we really want to… give them an outlet to get it out to more people,” Dale says.

“But there’ll [also] be some larger South Australian brands in there as well that people know and love.”

Given Bowden Cellars’ community-oriented approach, they will also take cues from what the locals of the area want – even if it means compromising on their self-imposed rule regarding commercial-scale brands. 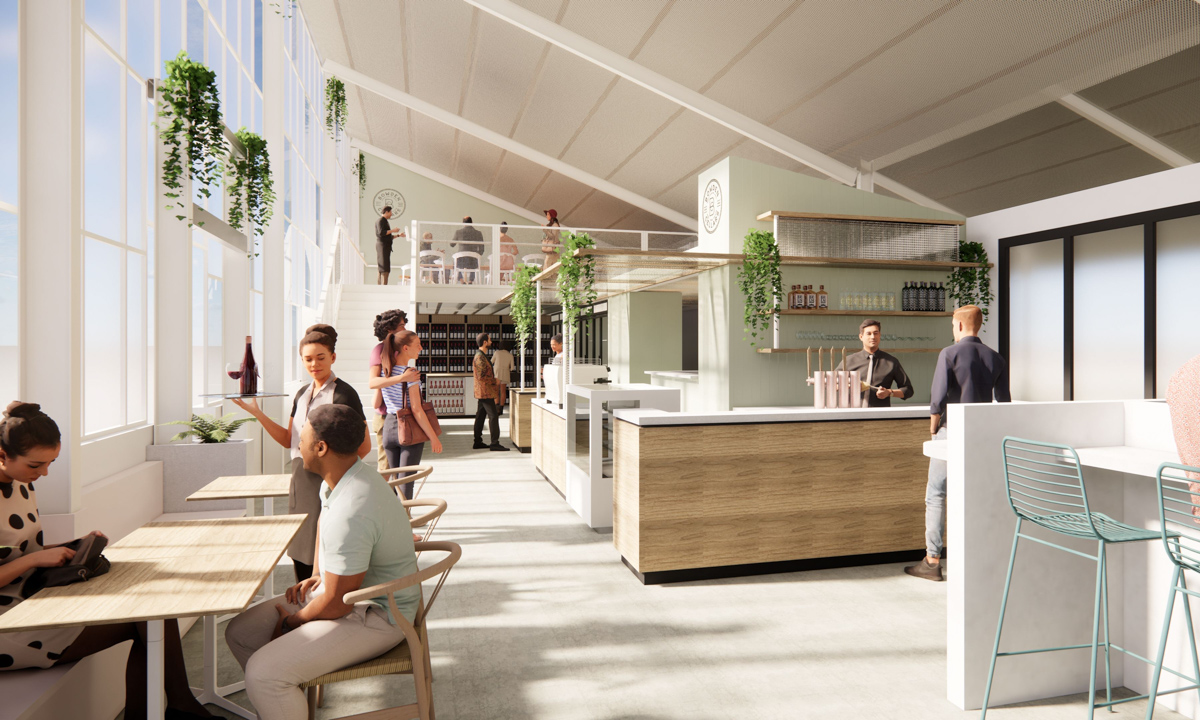 A render of the Bowden Cellars space from Echelon Studios

Dale and Josh have an extended history in events, and Bowden Cellars will make use of this experience.

The space will also regularly host tastings and meet-the-maker gatherings, which may happen at ground level, in the licensed section outside, or on the mezzanine above the shop.

As you enter Bowden Cellars, the retail wine offering will be on the left. On the right will be the food offering from mobile food van CARŌclub.

Like Dale and Josh, CARŌclub’s founders, Tim Atwill, Kyle McLean and Kain Slotegraaf, launched their business with the intention of eventually opening up into a stationary shop.

Dale and Josh pitched the idea of sharing the space, with Bowden Cellars holding the head lease, about two years ago.

“At the time, we were looking for a space anyway. We were sort of looking in the area,” Tim says.

“We obviously saw Bowden as an up-and-coming area, and Kyle’s really good friends with the brewery guys, and it made sense for us to get involved here. It ticked a lot of the boxes.”

“Their approach to what they do and how they built their brand is really good, and we want to almost leverage off that and use them as an example of how we can then continue our journey into the wine world forward. Take their food offering and pair it with the wines that we’ve got access to.” 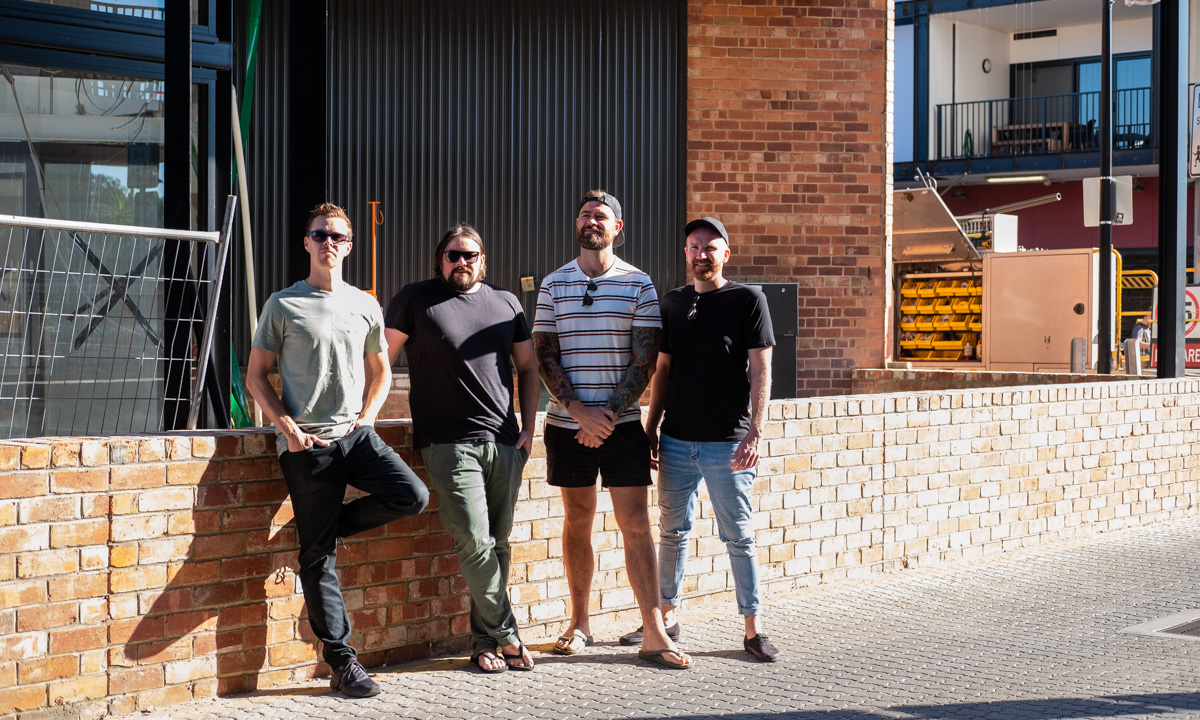 CARŌclub’s food offering at Plant 3 will be “all the food truck favourites, but with a bit more,” Tim says.

There will also be a breakfast menu launched once the venue settles, which will be available on weekends only. The kitchen will operate Wednesday through Sunday.

Once Bowden Cellars opens, CARŌclub will continue in food-truck form, but will predominantly focus on private events.

“We do a lot of weddings, so for us, we really want to focus on having that as our private gig thing, and then this will be our public touchpoint from now on,” Tim says.

“We don’t want to be at Groovin the Moo until one in the morning anymore,” he laughs. 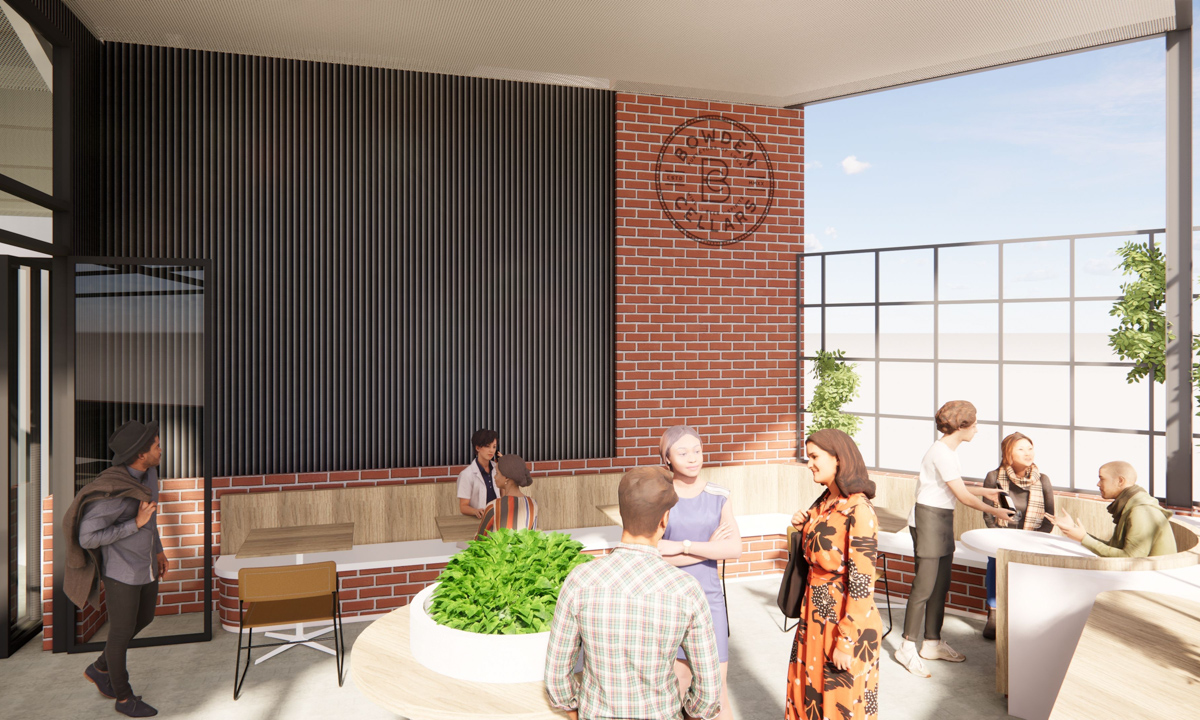 There will be plenty of seating in the shared space, but the team is just as happy to provide takeaway booze and burgers for people to take back to their apartments.

“If they want to go out and sit down and have a meal, a glass of wine, then we’ve got that space. If they just want to stay in, great!” Dale says.

Bowden Cellars is slated to launch on Wednesday, 14 July, and will operate seven days a week, with the kitchen open Wednesday to Sunday, eventually including breakfast service on weekends.