A new food truck operated by a chef who has cooked at Noma and a couple of blokes whose faces you might recognise from the sides of buses. 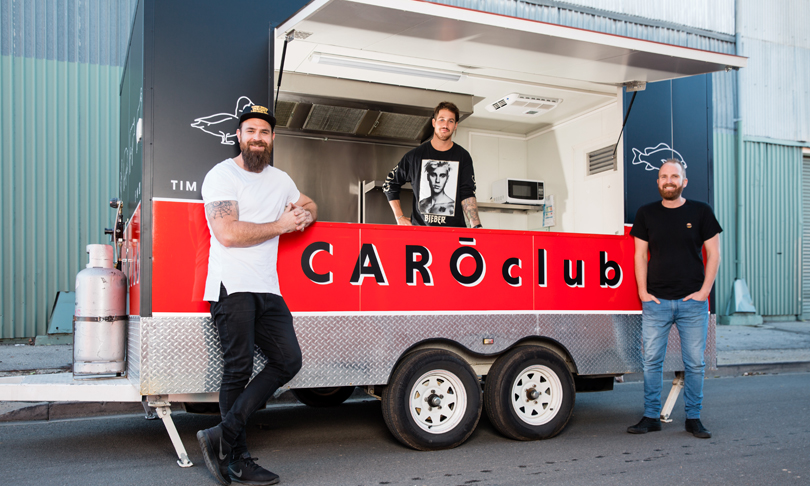 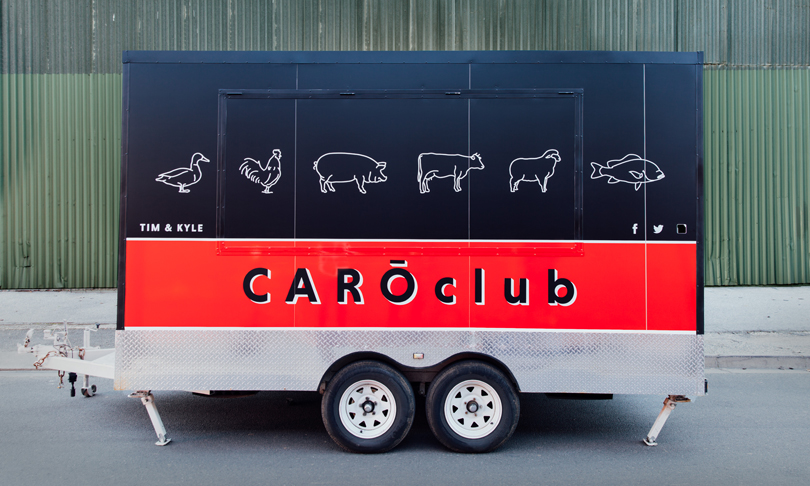 But, even though Kyle and Tim are riding high off the publicity garnered from a stint on My Kitchen Rules this year, and Kain has recently returned from cooking with world-leading restaurant Noma at its Mexico outpost, the trio were sensibly wary of the high upfront and ongoing costs of a bricks and mortar venture.

So – despite the complications caused by the City Council’s winding back of supportive regulation – the guys looked toward a more accessible business model and decided to establish a food truck.

“The food truck thing is a good testing ground,” says Tim. “We’ve seen the successful ones like Low & Slow and Burger Theory and Sneaky Pickle that have gone on to open up very successful businesses as well.”

“I wanted to start a five buck food truck parked out the front when I was at uni as like a little pipe dream, so I’ve always been interested in it,” adds Kyle.

And so, CARŌclub was born.

The red and blue truck (which is actually more of a trailer) was a challenge to fit out because it needed to accommodate Kyle’s six foot six frame, but its name was easy.

“It’s called CARŌclub, which is the latin translation for meat. So it’s Meat Club,” says Tim. “We all love meat.”

The truck utilises the trio’s complementary skills. Kain takes up the mantle of head chef, while Kyle – known amongst friends for his extravagant and often impromptu food-centred gatherings – also knocks around in the kitchen. Tim handles bookings, marketing, and promotions.

The food, though, is a reflection of what all three of them love to eat.

“A philosophy we’ve kind of been living by for this whole thing is that if we cook the food we love other people will love it also,” says Tim.

“We have a street food menu we will pick from every time we go out, but as we said it’s meat heavy,” says Kyle. “And it’s our twist on some classics – so, our buttermilk chicken burger – the BC Club – it’s not reinventing the wheel but we like to think it’s a bit different to other ones getting around.

“And Kain’s Patty Melt that he made last Saturday night down at Flagstaff Footy Club – it’s kind of like a cheeseburger in a toasted sandwich.

“And I’ve been building a smoker so we’ll have a few different smoked meats – instead of your classic brisket we might have more of your smoked lamb shoulder, so a bit of that Aussie feel as well.”

Only a couple of weeks since they began taking bookings, CARŌclub is booked up every Saturday throughout September and October.

They might be on a testing ground now, but signs are Kain, Kyle, and Tim are on their way to becoming another food truck success story.