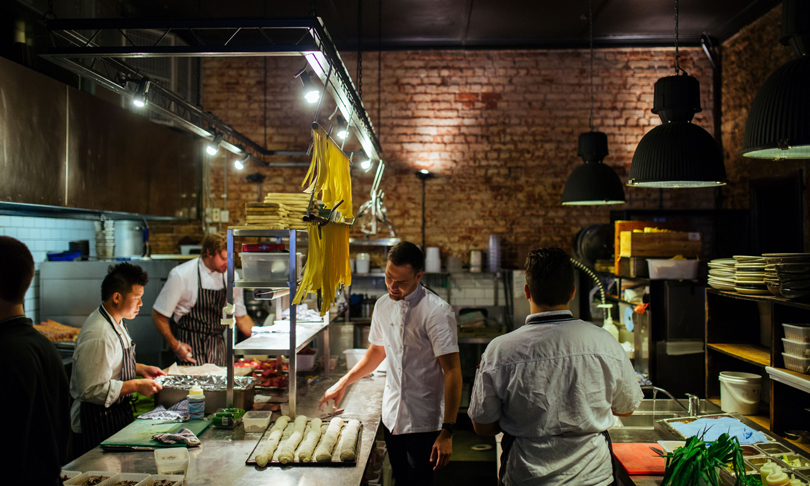 It takes time to build respect, especially in the hospitality industry.

But rather than dismissing talent due to a lack of experience, some Adelaide kitchens are embracing the passion of the still-green younger generation, and it’s a movement CityMag can get behind. 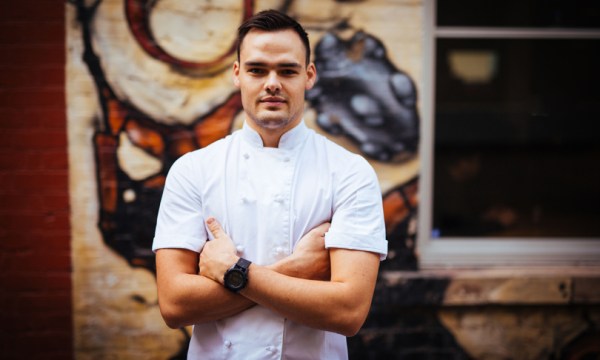 Will Doak has been told he’s the youngest head chef in South Australia, but whether or not that’s just his kitchen giving him a hard time, he cannot say.

Currently at age 22 and already head chef at Press Food and Wine on Waymouth, what can be truly said of Will is that if anyone deserves that title, it’s him.

Finding a love of kitchen work early on, Will forfeited his weekends during high school to further his cooking skills, starting at Charlie’s Diner, then Caesar’s at the Bay, and after high school he moved briefly to Melbourne before returning to Adelaide to finish his apprenticeship.

“It’s time I stepped outside my comfort zone a little bit, I need to go and experience what it’s like out there.” – Will Doak 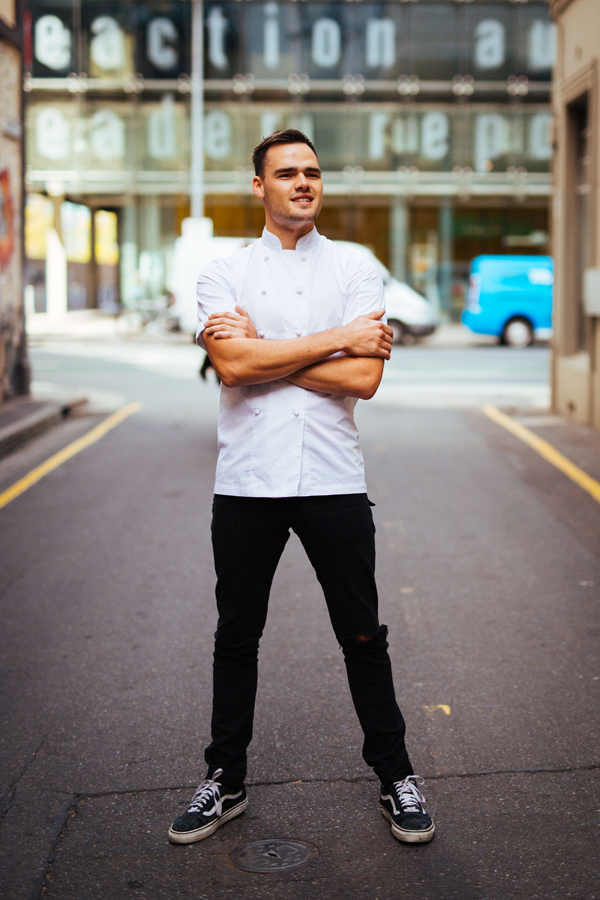 Now in his second year as head chef, Will’s rapid succession to the position was initially difficult to adjust to.

“I used to go home and [worry] about if people were going to respect me and listen to me,” Will says.

“Quite often I would take the kitchen outside and speak to them one-on-one and let them know if there were any issues they had, the time to speak was now, because I wanted them to know that I was being serious.”

With the jitters of the early days behind him, Will is now looking abroad to further his skills, with help from executive chef and director of Press, Andrew Davies – who is sending him for a stint at Michelin star restaurant Pied à Terre, in London.

“That’s where [Andy] did his training… and it was only at the start of this year he shot them an email and said ‘look, I want to send Will over there,’” Will says.

“And I think it’s time that I stepped outside my comfort zone a little bit, and I need to go and experience what it’s like out there.”

“It’s pretty epic that I can have my own creations in Orana.” – Emily Laubsch 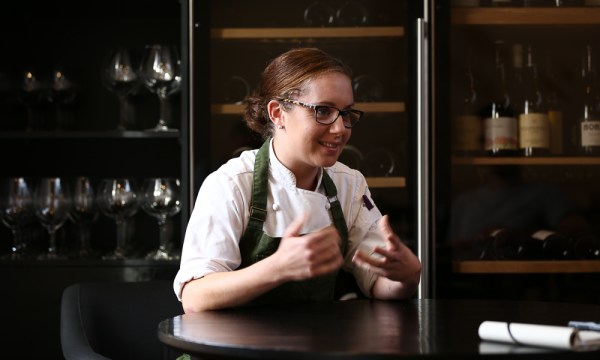 For Orana pastry chef, Emily Laubsch, being raised in the Barossa meant cooking has always been a part of her life.

“Growing up, I lived on a farm so I was always cooking at home with my mum and feeding my family. Coming from a big family as well, there’s always lots of mouths to feed,” she says.

“I guess everywhere is food and wine orientated, but wine-growing regions are very heavily influenced in food and wine, so I guess I grew up in that culture as well, without even knowing it.”

Emily’s focus is in patisserie and it was while working at Hentley Farm she connected with Orana’s head chef, Shannon Fleming, who was looking for a pastry chef. 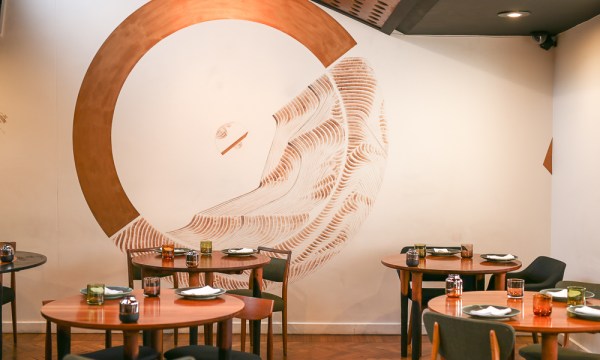 “I’m very… lucky and privileged to be working in such a high-level restaurant without heaps of training. I haven’t been in the industry 10 years or anything, I’ve only been in it like three, so to come here, that’s pretty cool,” Emily says.

Starting at Orana during this year’s Fringe meant her entry into the restaurant was something of a baptism of fire, but now that she’s settled in, the next task is to start shaping the dessert menu into something of her own creation.

“I guess me taking ownership of a few things makes their lives a little bit easier, and it makes me become a bit more creative and think through things a little bit more and show my skill,” she says.

“[And] when I come out to the restaurant, I can really say this is my dessert and this is my dish.

“It’s pretty epic that I can have my own creations in Orana.” 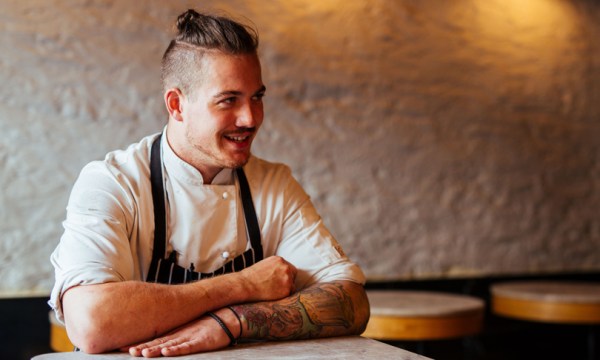 It was as a dishie that Kain Slotegraaf first realised that he and his fellow kitchenfolk were cut from the same cloth.

“I was… struggling to stay concentrated in school, doing the wrong thing, always getting in trouble,” Kain explains.

“I ended up getting a job at a café called the Roaring 40s in the Barossa and I worked there like three or four weeks and ended up never saying no to it.

“A lot of the people were just fun to be around. They were all a little bit the same, like, misfits, so it was always ‘let’s do it’ I enjoyed doing work, and working hard.”

Thanks to his experience with Jock Zonfrillo at Street ADL, Kain’s Noma trip was more fruitful than he could have hoped. 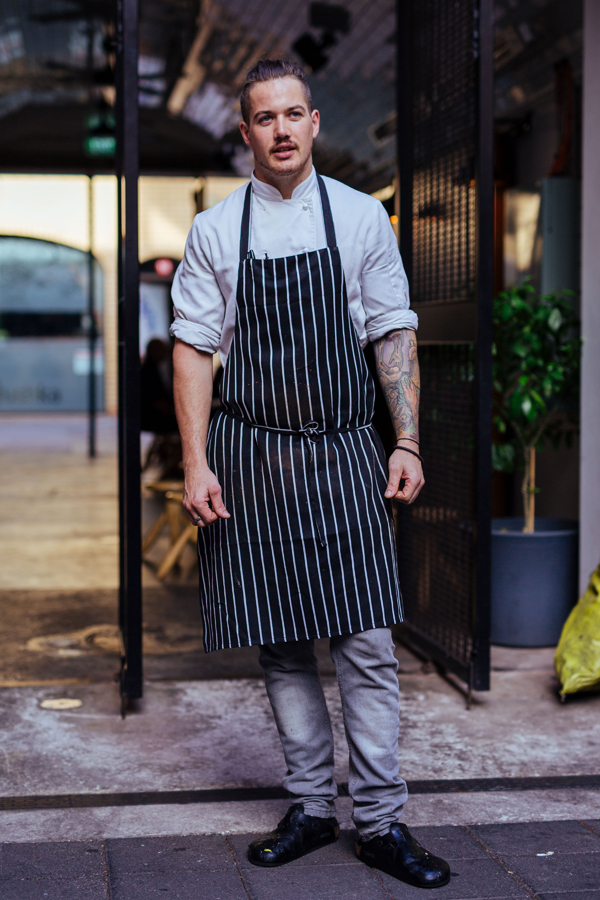 Now sous chef at Bread & Bone on Peel Street, the 26-year-old’s CV is storied and well-travelled to say the least, with one particularly outstanding bullet point.

“I was on a boat on my first trip to Scandinavia in Denmark and the guy said ‘this is the best restaurant in the world currently’ and I remember saying to myself ‘I’m going to fucking work there,’” Kain says.

The restaurant was Noma, and at age 20, Kain started applying, every three months receiving a letter telling him he hadn’t got the job.

Two years later, not long after starting at Street ADL, Kain got notice that his application had been accepted.

And thanks to his experience with Jock Zonfrillo at Street ADL, Kain’s Noma trip was more fruitful than he could have hoped.

“There’s three kitchens there – there’s a test kitchen, where René [Redzepi] works most of the time; [a] production kitchen; and then there’s the actual restaurant kitchen, [with] no actual gas in there or any cooking, it’s mostly just preparing all your dishes,” Kain says.

“On my second day, after being in the production kitchen… the chef came upstairs and said ‘we need a stagiaire to cook outside on the barbecue with one of the chef de parties’ and I straight away put my hand up.

“When I was working for Jock, I was introduced to cooking over charcoal, because that was one of his things – using real charcoal, real wood.

“I was taken out of the production kitchen [and I] was there for two months on the barbecue, which was unreal and unheard of. I was so lucky.”

With such amazing experience under his belt, Kain wants to take his knowledge back to his home in The Barossa and bring “the real Barossa food back”.

The region could be in no finer hands.