With a couple of years under its belt, the new neighbourhood at Bowden is sharing some of the secrets to its success.

“The ride’s been wonderful,” says Marilyn Kaitatzis, who is positively beaming. She’s standing next to her son Jono Kaitatzis in what has become Bowden’s most iconic building – Plant 4. 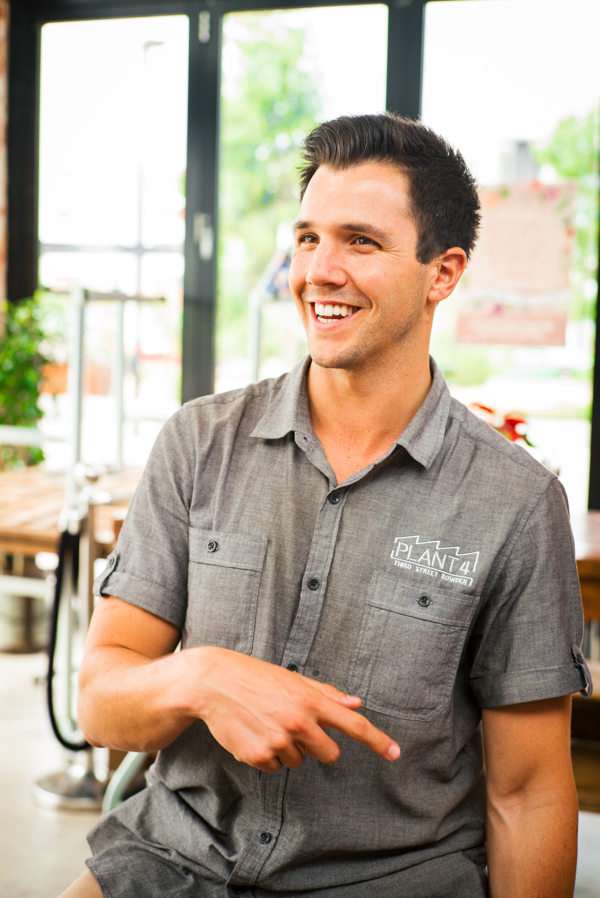 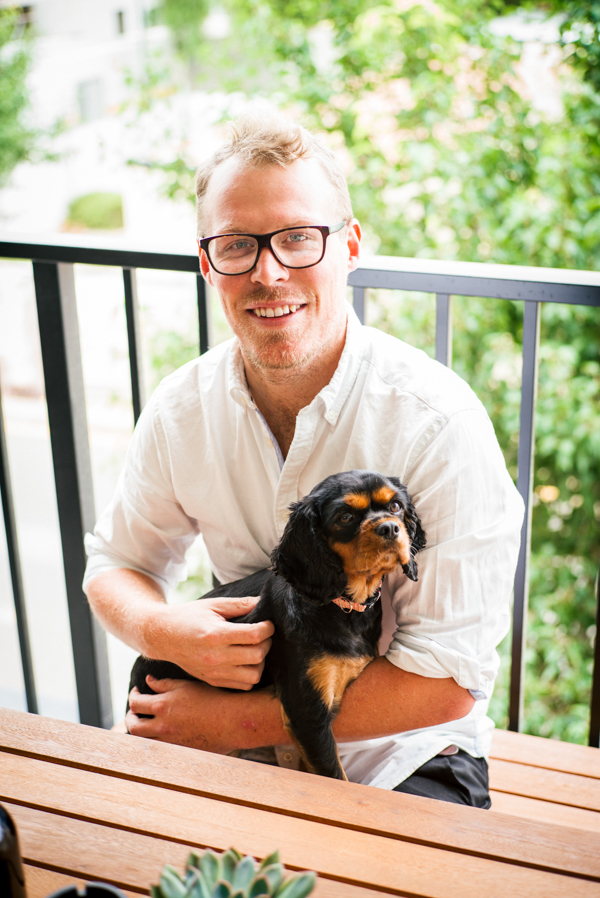 Viv and Thom on the balcony

The Kaitatzis family have markets in their bones, having long operated the city’s Gilbert Street IGA before tendering and winning the right to develop an IGA and community market for Renewal SA at the former Clipsal electrical manufacturing plant in Bowden.

“I remember coming here with you,” says Marilyn looking at Jono, “and being a bit concerned because they were digging holes to make sure the soil was nice and clean. They were being extremely thorough – a lot of developers would never have done remediation to the extent Renewal SA did.”

The dust has well and truly settled and the residents at Bowden are beginning to wear a comfortable groove in the day-to-day business of building a community here.

Thom Auld is 29 years old and he moved into his first home, a brand new apartment he bought, last year.

“I was renting in Norwood,” Thom tells us before getting up to fetch his dog, Viv, a young Cavalier King Charles who can fit her head between the bars of his second storey balcony.

“When you’re renting you don’t really have the feeling of ownership over the house – so it’s different in that way. And Norwood is sort of suburban and less, I don’t know, less busy. Here it’s more condensed, we’ve got the markets which is kind of a focal point and a place where you see a lot of your neighbours. I don’t know everyone by name, not by a long shot, but you say g’day and that’s nice.”

Thom works in ground water remediation by day but by night and over weekends he and a group of friends like to bake. They’ve catered 30ths for friends and a 50th the other month. Thom can see a time in the future when he operates his own stall at the Plant 4 markets.

“Initially it was a challenge to change the perception of apartment living in Adelaide but I think we’ve changed people’s minds now,” says Shane.

Keep up to date with the transformation of Bowden here.

“It’s exciting to see people enjoying the space and being here. In fact Bowden has become a drawcard for people all over Adelaide and Plant 4 is a big part of that.

“Thousands of people come here every week attracted by the food and drink, the markets, the live entertainment and the fantastic atmosphere.”

But it’s no accident the new community at Bowden is working. Renewal SA meticulously planned this all – from clearing and cleaning the land to master planning the neighbourhood’s streets, footpaths and even the town square.

“Our design philosophy is based on sustainable principles like walkable neighbourhoods and planning for or providing services and amenities that make life easier for people,” says Shane.

18 months since opening the IGA, both Jono and Marilyn Kaitatzis are part of the reason why living in Bowden is so easy. Jono describes a recent function they hosted at Plant 4 – a wedding for a resident in one of the new buildings.

“It was a very interesting experience,” says Jono. “The preparation leading into the wedding, being there on the wedding night, serving them drinks on the night and then serving them their coffee and Berocca for their hangover the next day. That doesn’t happen in an ordinary supermarket.”

And with Renewal SA overseeing several more stages of development in this community, it’s safe to assume Bowden will only become more extraordinary as more people move in.