A new team and new direction at Midnight Spaghetti

It’s been a little over a year since Midnight Spaghetti opened above the Crown and Anchor, and with news of founding head chef, John Stamatakis, moving west, there has also been a changing of the guard in the upstairs trattoria’s team.

The venue has welcomed Jess Rehn as restaurant manager, brought over from Kardachi venue, Melt Pizzeria, and, utilising her experience as cellar door manager at Barossa winery Two Hands, her updated wine list “reflects the restaurant itself,” she says.

“It’s all about creating an exciting relationship between food and wine.” 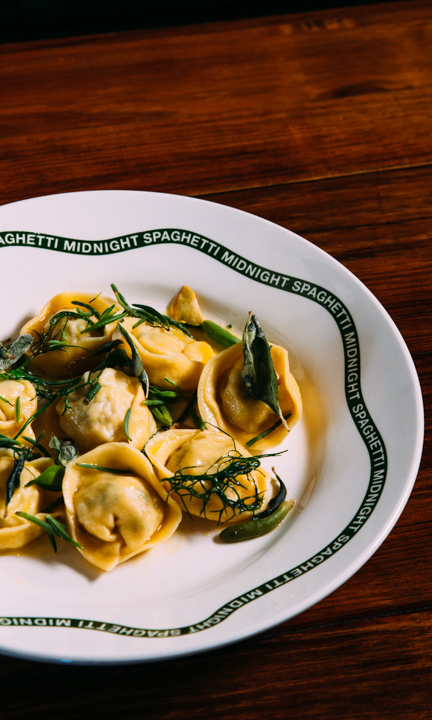 Filling the head chef role is Jess Barnes, a South Australian butcher-turned-chef recently returned home after working in restaurants throughout Asia (Salt in Tokyo, and Opposite Mess Hall and Viva Thonglor in Bangkok). Barnes was most recently at The Pot before being lured into the Midnight Spaghetti kitchen.

Joining Barnes as sous is Aaron Read, who came up in Melbourne’s restaurant scene and recently spent 12 months at two-hatted Port Fairy restaurant, Fen, before it closed in January this year.

Jess and Aaron’s approach will see Midnight Spaghetti harness a “respectful yet creative approach to Italian cuisine,” with a “constantly evolving” seasonal menu.

And fear not, discount diners; while the restaurant’s new team signals a change in culinary direction, family night is still on the calendar every Wednesday night.